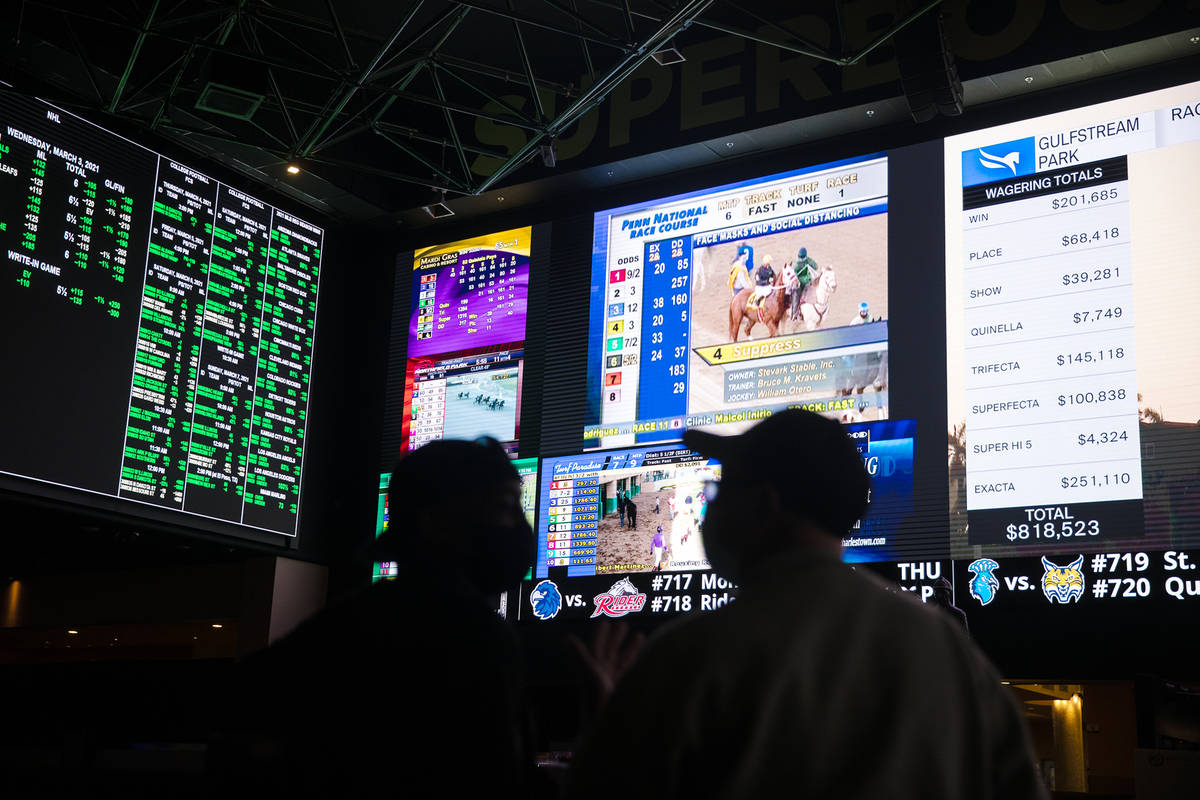 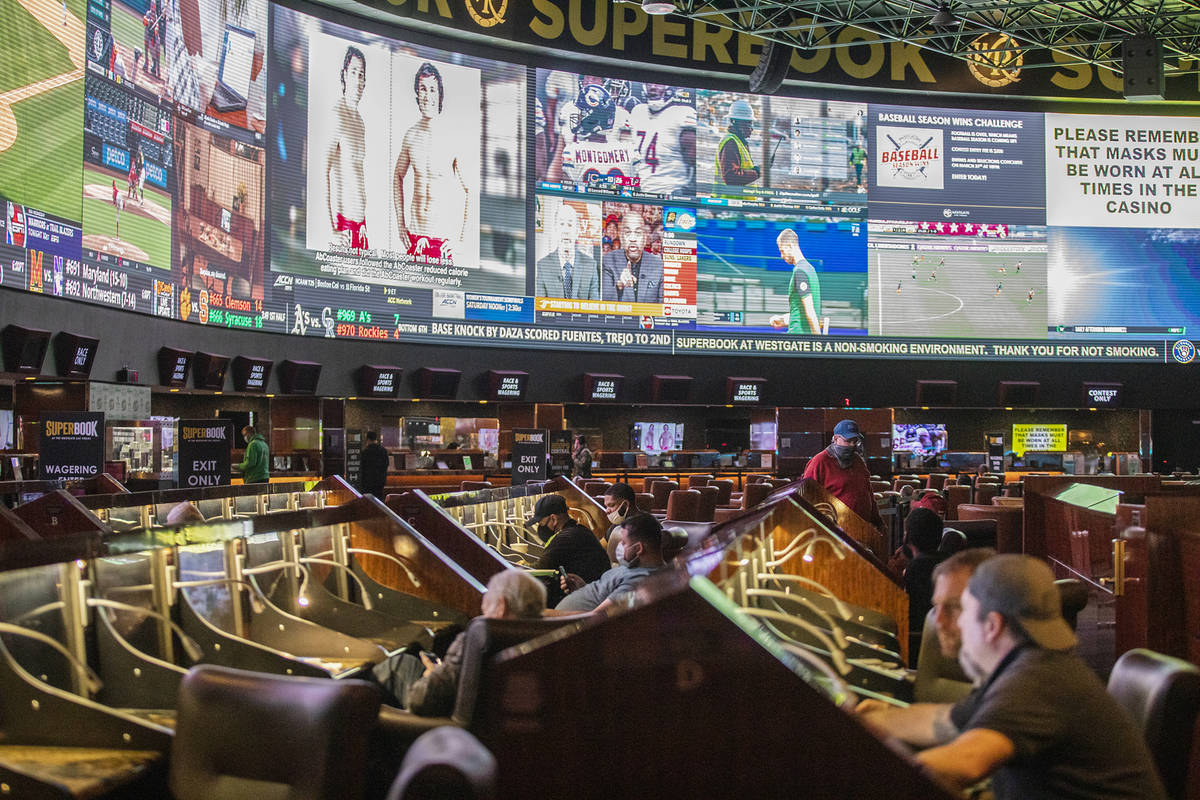 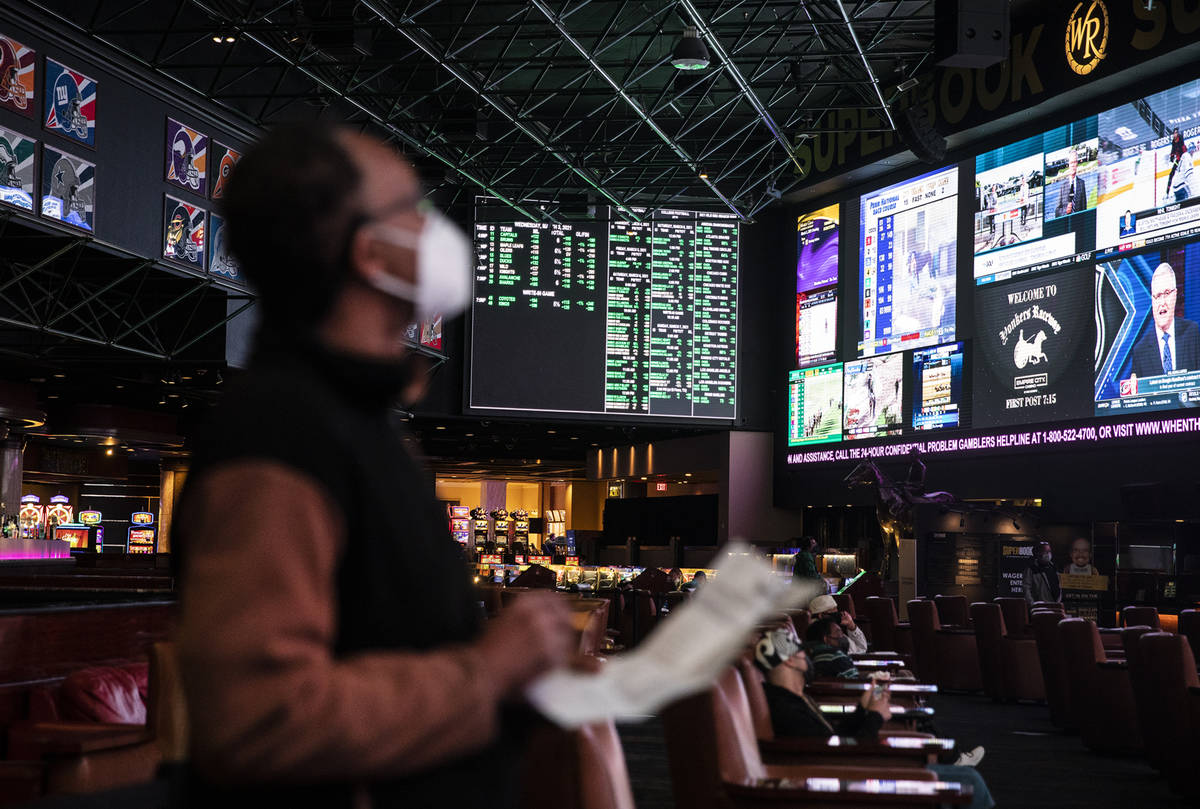 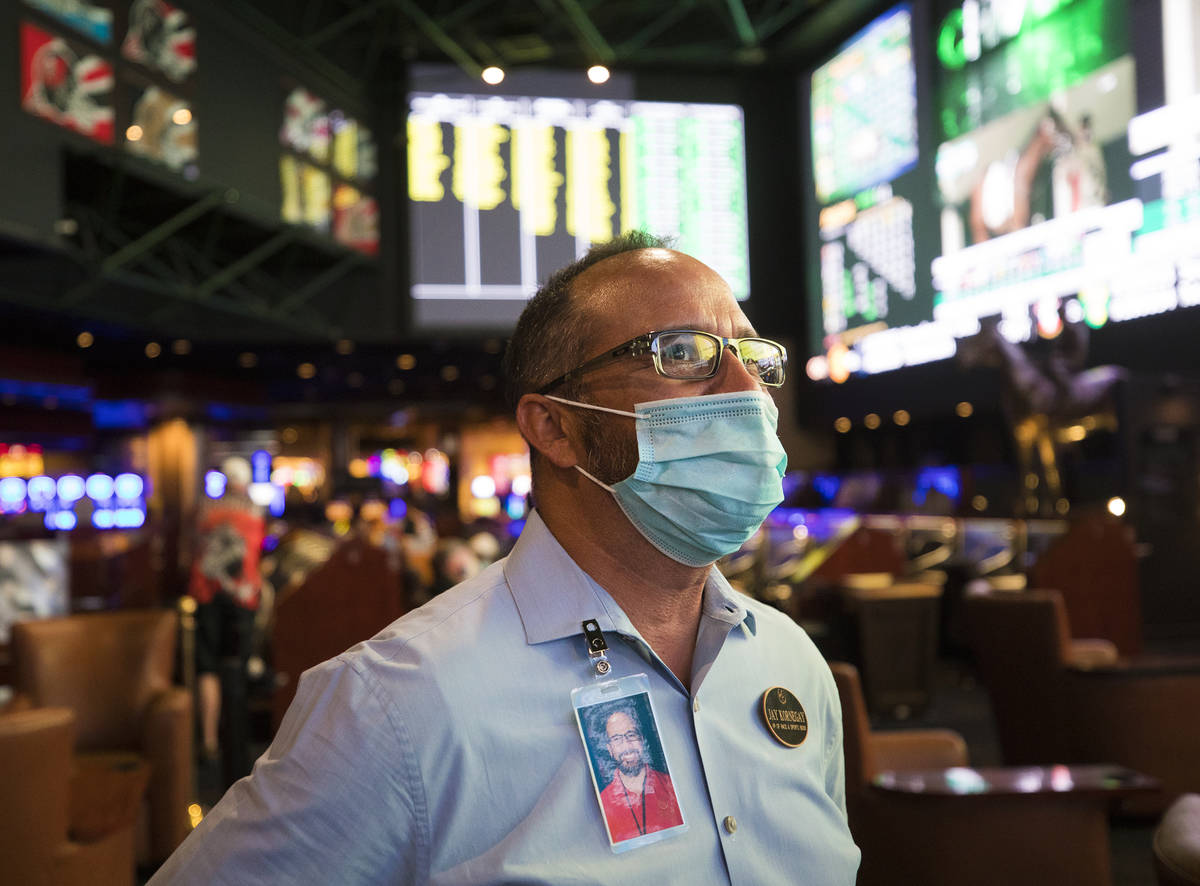 Jay Kornegay, vice president of Westgate Sportsbook, talks to the Review-Journal on the first day of the casino reopening after the coronavirus pandemic's mandated closure at the Westgate in Las Vegas, Thursday, June 18, 2020. (Rachel Aston/Las Vegas Review-Journal) @rookie__rae

Every state is different.

There are different rules and regulations, a wide array of tax rates and a variety of venue in commercial casinos, tribal casinos, lotteries, card rooms and horse and dog tracks.

It’s a requirement to have a retail outlet in some states or being allowed to be exclusively online in others. It’s signing up for a mobile app in person, as they require in Nevada, or submitting a form online, as they do in New Jersey.

And it’s constantly evolving. If you haven’t been paying attention to the sports-betting industry lately, things have been changing as rapidly as a football game’s outcome after a successful Hail Mary.

Just last week alone, two unrelated events occurred that could eventually have an effect on sports wagering in Nevada.

Arizona’s House of Representatives passed a sports betting legalization bill in a bipartisan vote, advancing it to the state Senate.

In Nevada, the state’s Gaming Control Board unanimously recommended allowing Caesars Entertainment Inc. to acquire William Hill U.S., the state’s largest bookmaking operation with more than 120 outlets, in a move that could help transform Caesars into a sports-betting powerhouse nationwide. The Nevada Gaming Commission will make a final decision on that on March 18.

Even Chris Grove, managing director of sports and emerging verticals for Eilers & Krejcik Gaming, a research company, admits that it’s getting harder and harder to keep up with all the moves companies are making in the industry as it closes in on the three-year anniversary of the dawn of legalized sports betting in the United States in May.

Eilers & Krejcik tracks the industry and reported last month that 26 states now offer legal sports betting, and that includes five in which betting has been authorized, but is not yet operational.

The company estimates that 45 percent of the adult U.S. population lives in a state where sports betting is legal. And 31 bills on sports betting are pending nationwide.

Much of that growth has been fueled by potential stakeholders seeking a piece of the action. And that growth, Grove said, may become harder to sustain as lawmakers debate the merits of sports betting in their respective states.

“Everyone that is in sports or entertainment at this point is taking at least a cursory glance at the sports betting opportunity,” Grove said of the industry’s growth now compared with what it was immediately after the U.S. Supreme Court’s overturning of the Professional and Amateur Sports Protection Act. That move essentially started the sports-betting boom in the United States in 2018.

“It’s different not just in the sense of it broadens the field of who has an economic stake in this industry,” he said. “It’s also different in terms of who shows up to lobby for these bills. When you talk about sports betting getting done in Illinois, the (Chicago) Cubs showed up to support that bill. When else can you think of a time when a professional baseball team is lobbying in favor of gambling expansion? Pretty rare.”

“That’s a brave new world when it comes to the legislative dynamics of gambling expansion,” Grove said. “It’s also one of the reasons why it’s moving more quickly than gambling expansion typically does. That’s where you’re really going to see a seismic collision of sports and gambling stakeholders.”

Arizona could become the second state bordering Nevada to adopt sports wagering — Oregon was the first — if lawmakers approve it. The House bill would allow up to 10 mobile and retail gaming licenses for tribes and 10 more for professional sports teams. It also would permit betting at the stadiums of professional sports teams, the TPC Scottsdale golf course where the PGA’s Phoenix Open is played and the Phoenix Raceway track.

Grove believes the diverse list of stakeholders may make it harder to craft a plan that works for all parties.

“And Rule Numero Uno of legislative handicapping is that it’s easier to kill a bill than pass a bill,” he said.

The close proximity of a major metropolitan area such as Phoenix with a robust sports wagering system may worry some Nevada gaming companies, but Jay Kornegay, vice president of the Westgate Sportsbook, expects Las Vegas to hold a big amenity edge over Arizona’s tribal casinos.

“I am a true believer that this is not going to hurt Las Vegas in the long run,” Kornegay said. “I believe more and more people are going to be introduced, educated and eventually will want to come to see the mecca of sports betting in Las Vegas for a number of reasons.”

Kornegay believes there are now other reasons people will flock to Las Vegas.

“People in New York don’t just fly to Las Vegas to make a sports bet,” he said. “They might center their trips around a sporting event, but they do other things while they’re here.”

The diverse list of potential stakeholders also may hold back California, Grove said.

“The interesting thing about these big states is they’re such a big prize that stakeholders are really willing to dig their heels in to try to get the version of sports betting that they want to get done,” he said.

The top two sports-betting companies operating in the United States aren’t licensed in Nevada. FanDuel, which operates in Colorado, Indiana, Illinois, Iowa, New Jersey, Pennsylvania, Tennessee and West Virginia, and DraftKings, which is in all of those states plus New Hampshire, are the two biggest sports-betting revenue producers in the country, according to Eilers & Krejcik.

It’s no coincidence that those companies got their starts in daily fantasy sports games and then migrated to traditional sports wagering when PASPA was overturned. Daily fantasy sports were embraced by the NFL — but FanDuel, DraftKings and the NFL didn’t consider fantasy sports to be a form of gambling. The Nevada Gaming Commission thought otherwise and said the companies had to be licensed if they were going to conduct business in the state. Neither has been licensed.

While DraftKings holds the No. 2 position in sports wagering revenue nationwide, its executives continue to crank out new ideas for the industry. In a recent earnings conference call, Jason Robins, co-founder, chairman and CEO of DraftKings, discussed his company’s new relationship with InComm Payments to launch an industry-first retail gift card. The launch would expand DraftKings’ presence in convenience stores and would enable consumers to gift the DraftKings experience to others in $25 and $50 denominations.

“It gives our customers another way to fund their accounts and engage with our products, while at the same time, expanding across retail locations nationwide,” Robins said.

Both Grove and Kornegay believe it’s only a matter of time before FanDuel and DraftKings enter the Nevada market.

“I think you will see those companies get licensed in Nevada eventually,” Grove said. “I think that we are a small market in some ways, but we’re a deeply symbolic market. We’re still the epicenter for gambling in the U.S., and I think participating in the Nevada market matters for that reason.”

“They already had established databases in many jurisdictions, so they certainly got a jump-start, and they were able to communicate to their customers from their daily fantasy leagues and sites,” Kornegay added.