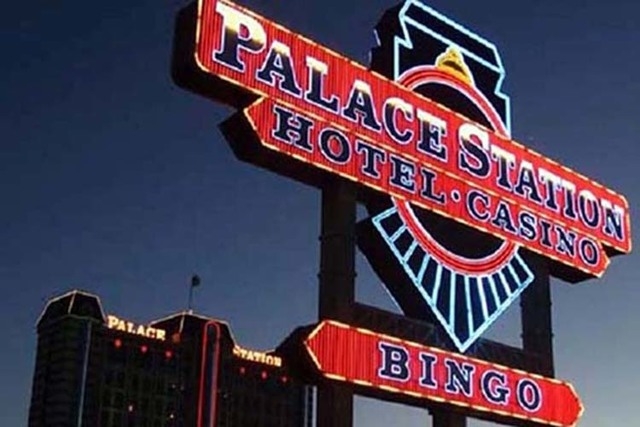 Station Casinos, which own Palace Station in Las Vegas, said its overall revenue for the quarter that ended Sept. 30 was $311 million, a 2.1 percent increase. (Las Vegas Review-Journal file photo)

Station Casinos increased revenue and cash flow in the third quarter but reported a net loss because of interest expenses.

The casino operator on Wednesday said its overall revenue for the quarter that ended Sept. 30 was $311 million, a 2.1 percent increase and the company’s largest third-quarter figure since 2008.

Casino revenue was flat during the quarter, but Falcone said the company has outperformed the competition. Over the past 14 quarters, he said Station Casinos has increased gaming revenue 7.5 percent. The market as a whole has increased 2 percent.

The completion of “restaurant row” at the company’s flagship Red Rock Resort in Summerlin is expected to boost customer spending in other areas of the property, Falcone said.

“We’re seeing a younger clientele and we expect to see a smidgen of improvement in spending levels in other areas of the property,” Falcone said.

“Needless to say, the online gaming market has been a considerable disappointment,” Falcone said.

The company’s net loss in the quarter was $30.3 million. Station Casinos has publicly traded debt, which was $2.1 billion as of Sept. 30.

Station Casinos reported more than $17 million in management fee revenue during the quarter, a 49 percent increase from a year ago. The company manages Indian casinos in California and Michigan, which contributed $10.7 million.

Last week, California voters rejected a statewide ballot referendum that would have allowed a North Fork Rancheria Band of Mono Indians’ casino project that was OK’d by lawmakers and Gov. Jerry Brown. Station Casinos was expected to help finance and manage the casino.

Falcone said the company and the tribe were exploring “other methods of obtaining a compact” to open a casino.