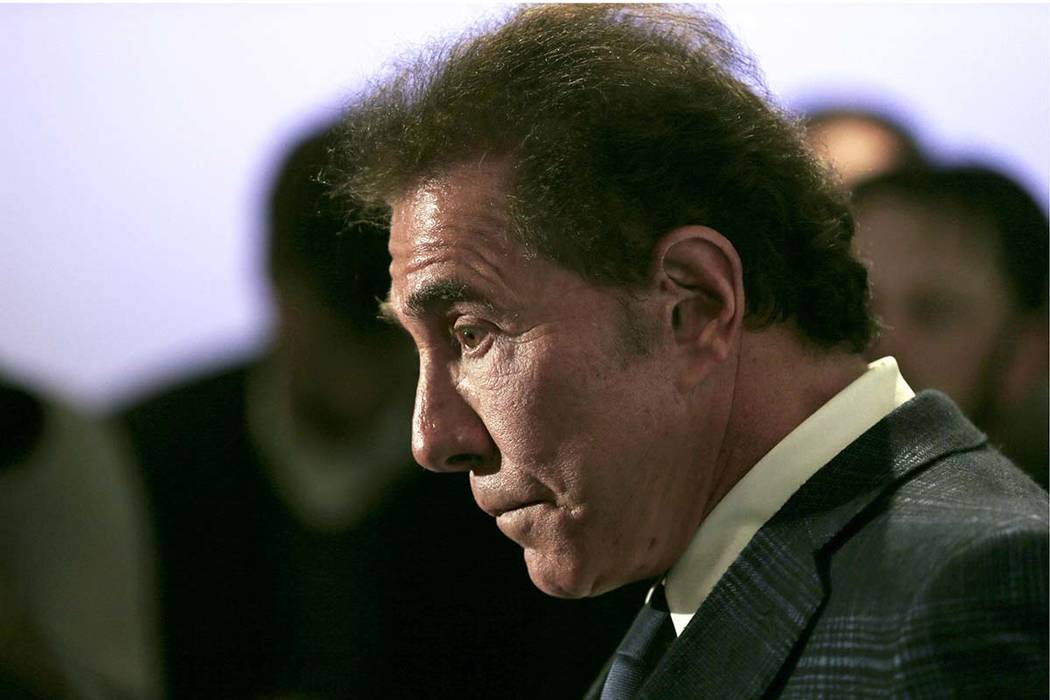 Attorneys for former Wynn Resorts Ltd. Chairman and CEO Steve Wynn insisted late Monday that Nevada regulators have no authority over him in a disciplinary matter, setting the stage for a Dec. 19 hearing before the Nevada Gaming Commission.

In a 19-page reply to a response filed Nov. 27 by the state Gaming Control Board, Wynn’s Las Vegas-based attorneys said the board failed to explain the existence of an “administrative hold” on Wynn’s license and said the board’s complaint should be dismissed in its entirety.

The Control Board initially filed a five-count complaint through the state attorney general’s office on Oct. 14 alleging Wynn sexually harassed several female employees, violating state licensing suitability regulations. Wynn has denied the allegations, but stepped down as chairman and CEO of Wynn Resorts in February 2018 and sold off all his stock in the company a month later.

The complaint also asked the Gaming Commission to fine Wynn.

The Control Board had conducted an investigation in 2018 and found evidence of multiple instances of sexual conduct by Steve Wynn involving subordinate employees. The complaint said, “by engaging in this conduct, whether consensual or not, Mr. Wynn disregarded Wynn Company’s policies and procedures.”

The reply filed by Las Vegas attorneys Donald Campbell and Colby Williams also said the statutes and regulations upon which the Control Board relies to oversee licensees are phrased in the present tense, meaning they no longer apply to those formerly licensed.

“By failing to say a single word defending the sole basis upon which it claims to have jurisdiction over Mr. Wynn — the nonexistent ‘administrative hold’ — the (Control Board) should be deemed to concede the merit of Mr. Wynn’s motion for this reason alone,” the reply said.

The Control Board has said since early 2018 that the licenses of Wynn and several other former Wynn Resorts executives have been on administrative hold since the Massachusetts Gaming Commission declared in May that year that Steve Wynn was no longer a “qualifier,” that state’s terminology for an individual qualified to hold a license.

When the argument was raised in Wynn’s motion to dismiss the Control Board’s complaint filed Nov. 14, the Control Board, responding to a Review-Journal inquiry, did not cite a Nevada revised statute or gaming regulation addressing administrative holds.

The Control Board maintained that Wynn could not surrender his license without board approval. But in the reply, attorneys said he had nothing to surrender.

“Mr. Wynn never attempted to ‘surrender’ any gaming license as he was not a ‘licensee’ under (Nevada Revised Statutes),” the reply said. “He had instead been found suitable in his capacity as an officer, director and shareholder of Wynn Resorts.

“When he left those positions nearly two years ago, the nature of his involvement with the company obviously changed and his findings of suitability ended consistent with the intent (regulations). In short, there was nothing for Mr. Wynn to ‘surrender,’ just as there is nothing for the (Control Board) and the commission to ‘revoke.’”