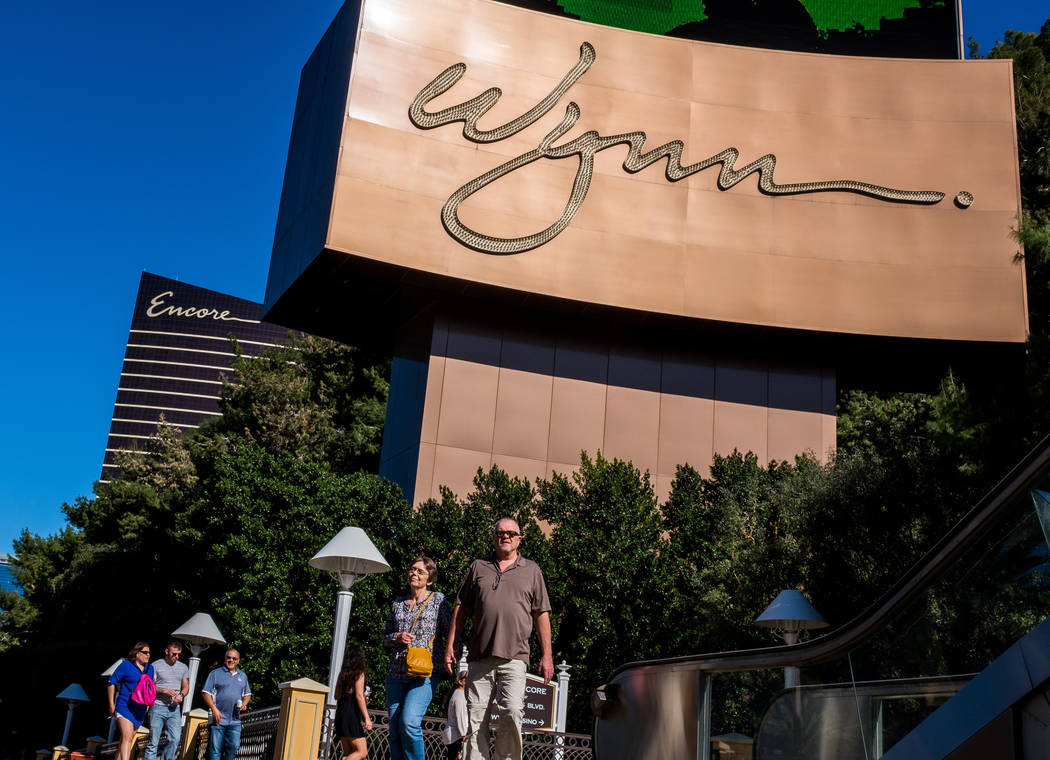 Wynn said his employees received sexual harassment training. But when asked if he received the same training, the casino founder responded, “No, I don’t need it,” according to a deposition cited in court on March 9 by lawyer Stephen J. Peek.

Wynn has been accused in published reports of sexually harassing female casino employees for decades. He has strongly denied the charges.

Wynn paid $7.5 million to settle a case with a former employee who accused him of sexual harassment in 2005. He settled a second case in 2006; it was not disclosed in court how much he paid to settle that case.

“All employees, including executives of the company, are required to attend training to prevent sexual harassment. No employee or executive is exempt from training, which has always been the policy,” said Wynn Resorts spokesman Michael Weaver in an email response on Monday.

Weaver directed questions about Wynn’s training comments to his spokespeople. They did not respond.

Elaine Wynn is suing her ex-husband and Wynn Resorts over breach of contract and breach of implied covenant in connection with her removal from the company’s board in 2015. She is demanding $460 million in compensation.

Her case was part of a larger, six-year shareholder lawsuit that also involved Okada and his company Universal Entertainment Corp. Wynn Resorts reached an agreement this month with Universal and Okada, and they are no longer parties to the case.

Mark Ferrario, a lawyer for Elaine Wynn, is trying to include Steve Wynn’s history of sexual harassment in the trial, saying the board’s nominating committee didn’t recommend Elaine Wynn for renewal because of her inquiries about wrongdoing at the company. A jury trial is scheduled for next month.

Ferrario this month demanded more time to speak with key witnesses, including Arte Nathan, former Wynn Resorts chief of human resources and a senior vice president, after learning about the second settlement.

Nathan worked for Wynn for nearly a quarter century from the early 1980s through 2006, according to his LinkedIn page. Nathan was aware of events connected with the 2006 payment, Ferrario said. In an email, Nathan declined comment.

Ferrario told the judge on March 9 that the woman involved in the 2006 settlement was an employee of Wynn Resorts, clearing up earlier confusion that she may have worked at The Palms.

“The other thing that troubles us is the way they articulate that the person involved was an employee in another resort when in fact what occurred was with an employee at Wynn Resorts,” Ferrario said, demanding more time to speak with witnesses.

Okada’s lawyer Peek said that three women, who court records identify as Wynn Resorts massage therapists, had filed lawsuits over the past few weeks and that there could still be more complaints. Peek and Ferrario both said Wynn Resorts and Steve Wynn were slow in handing over documents.

All the recent filings “suggests there is more in the company’s records than they have provided to us with respect to Mr. Wynn’s activities with employees,’’ Peek told the judge.

Steve Wynn was supposed to turn over any information about lawsuits, arbitrations or settlements with current or former employees late last year, according to court documents.

The second settlement was brought to light only last month. Weaver said the company is not aware of any other settlements.

“There is simply no excuse for why that wasn’t provided earlier,” Ferrario told the judge. “This court ordered the production of those types of documents long ago.”