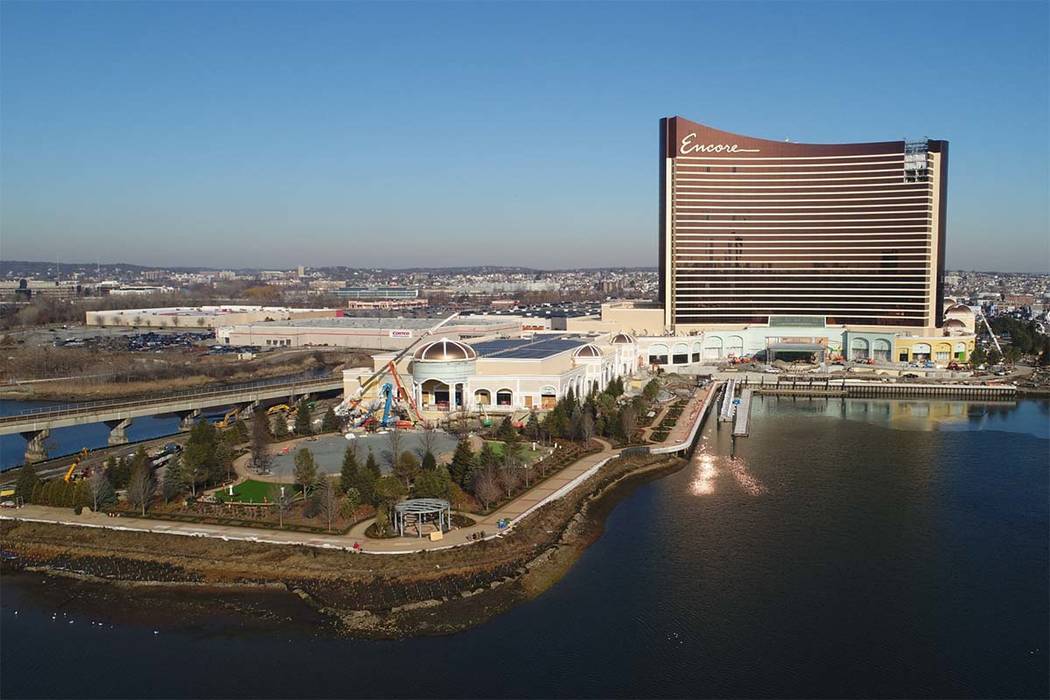 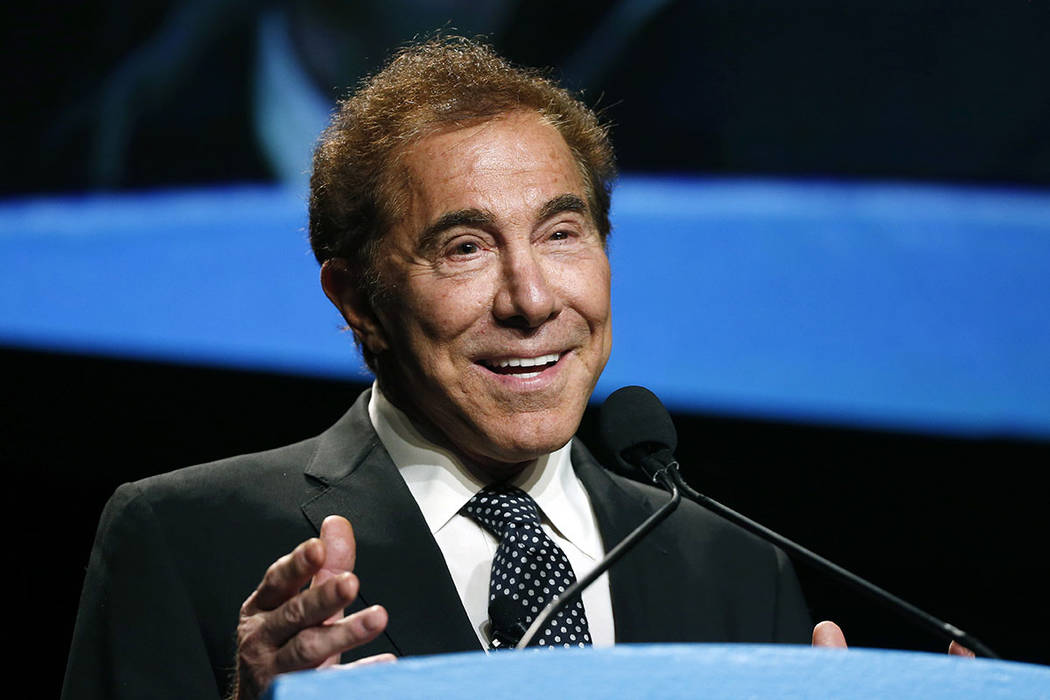 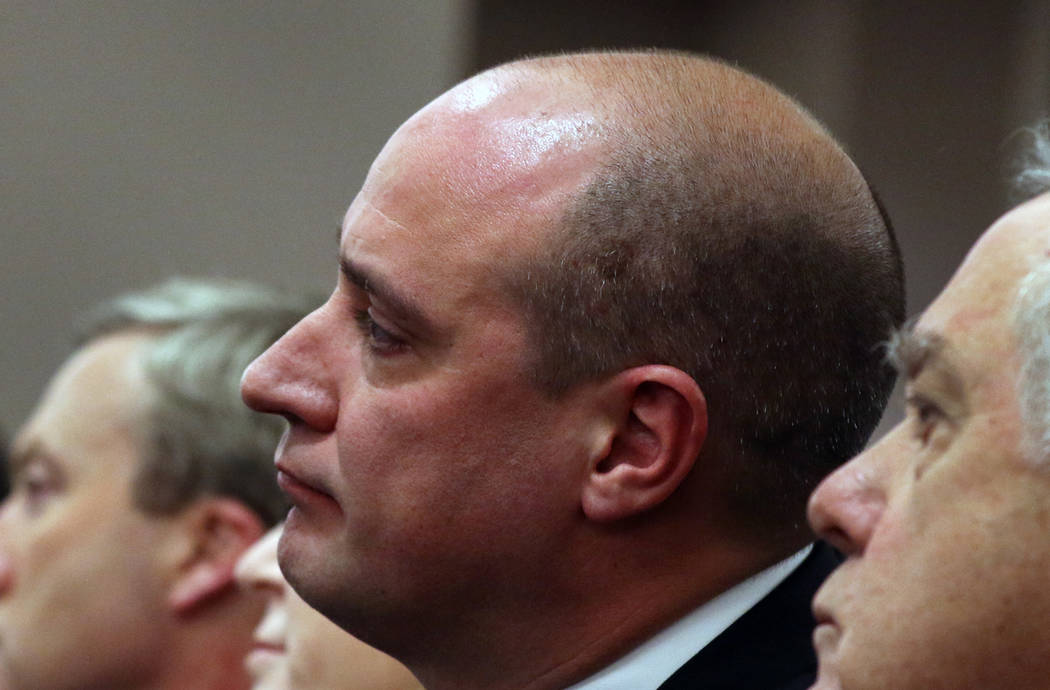 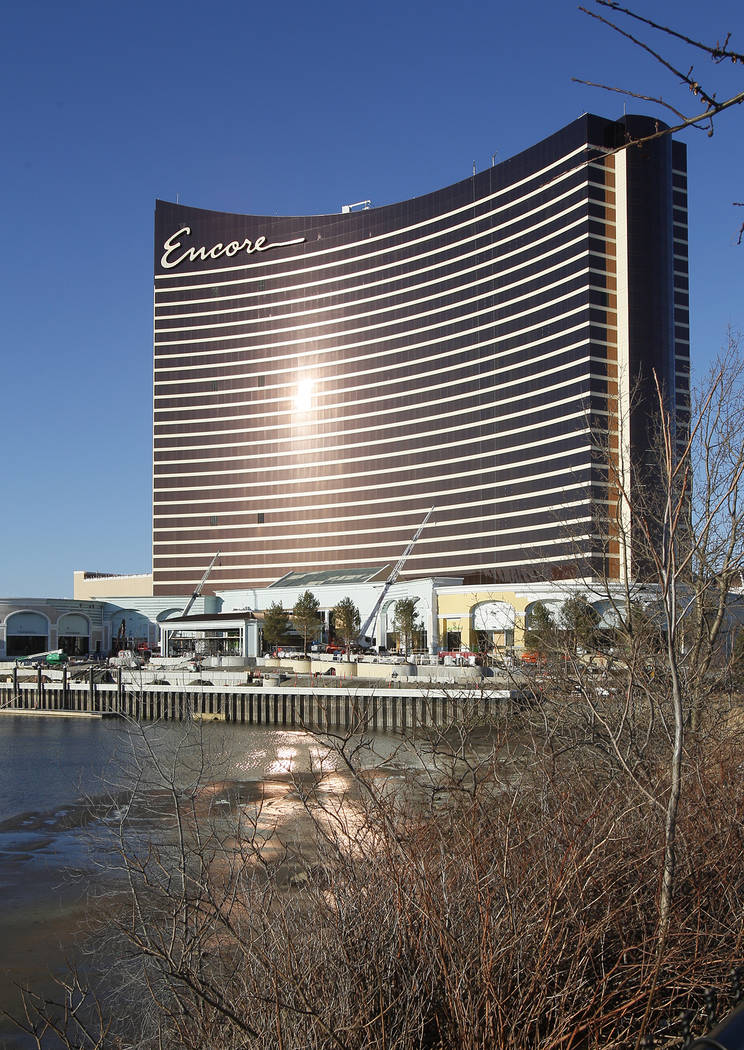 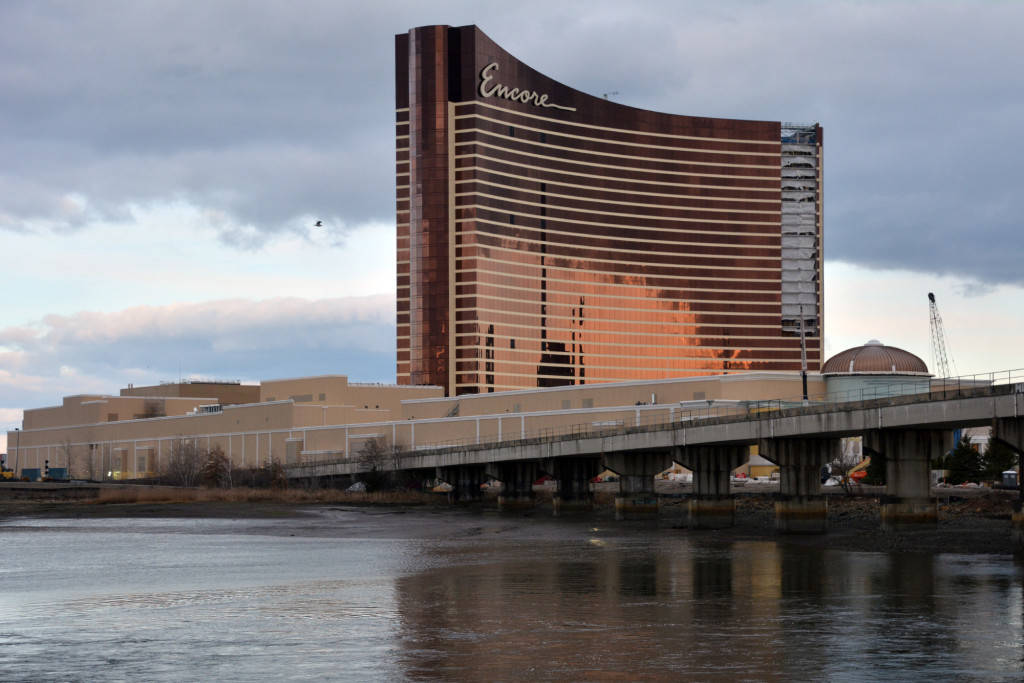 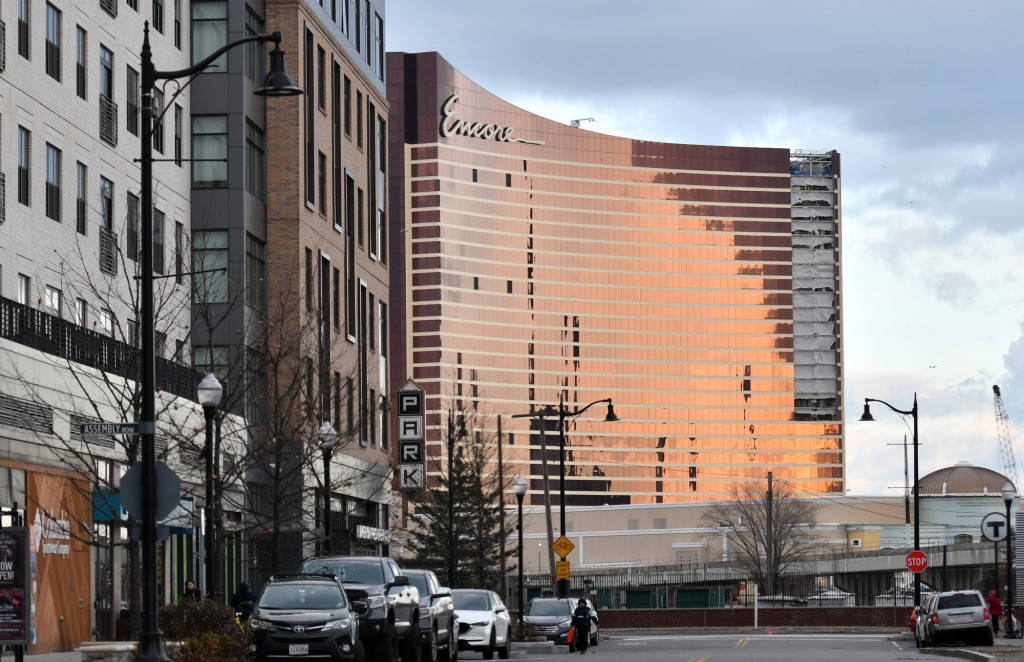 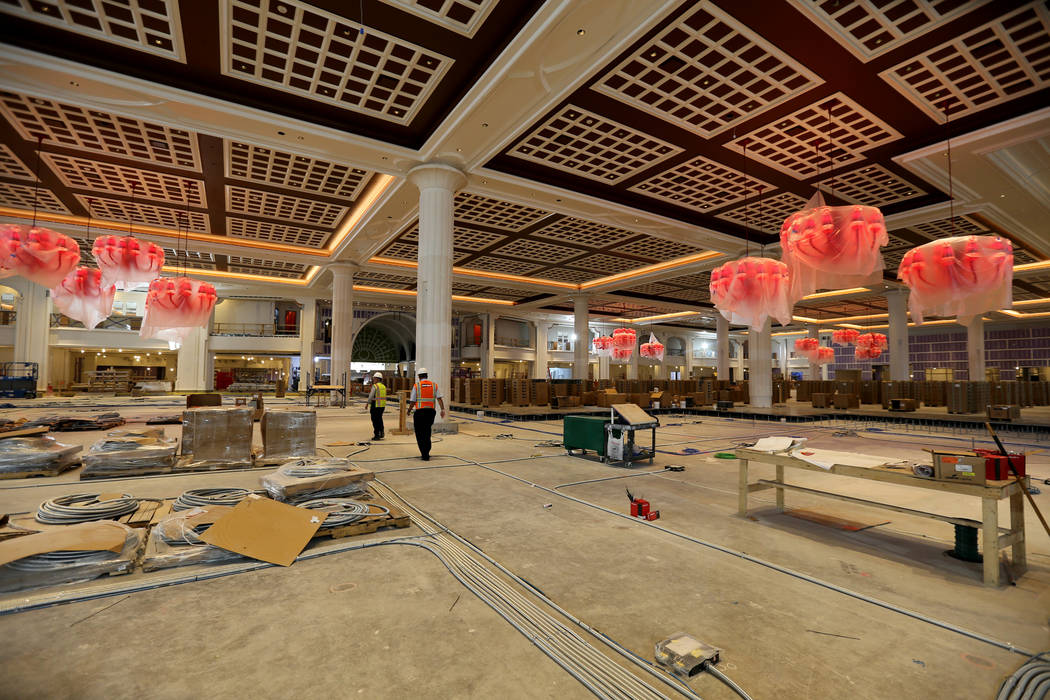 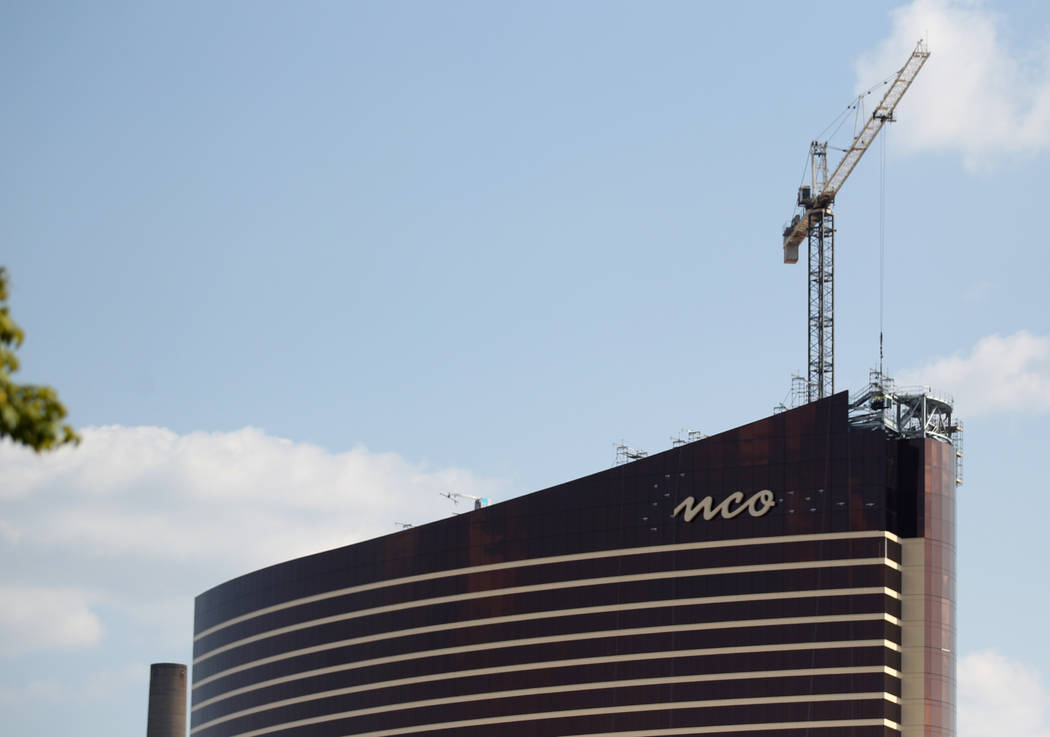 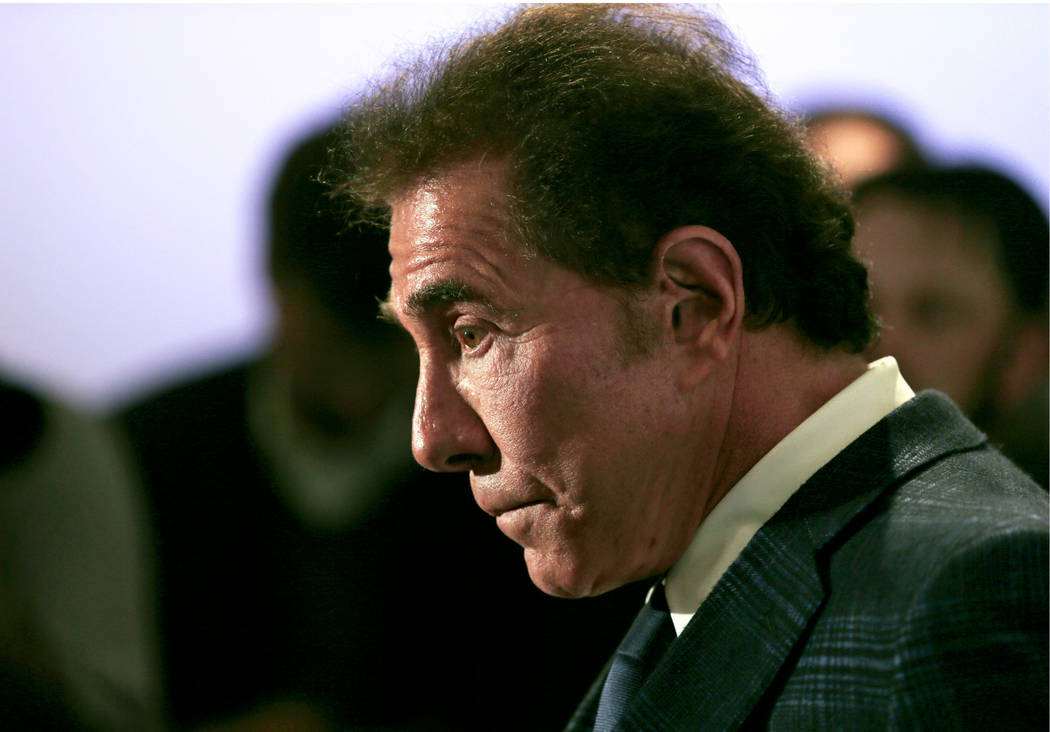 FILE - In this March 15, 2016 file photo casino mogul Steve Wynn appears during a news conference in Medford, Mass. Documents collected by the Massachusetts Gaming Commission for a probe about allegations of sexual misconduct against Wynn and the suitability of his former company to operate a Boston-area casino will remain secret, at least temporarily, following a ruling Friday, Jan. 4, 2019, by a Nevada state court judge.(AP Photo/Charles Krupa, File)

BOSTON — After 14 months of denying allegations of sexual misconduct, former Wynn Resorts Ltd. Chairman and CEO Steve Wynn said in a report released Tuesday that he had “multiple, consensual relationships” with employees over the years.

The report will inform Massachusetts Gaming Commissioners in their decision on whether Wynn Resorts can keep its Massachusetts license and operate Encore Boston Harbor, the company’s $2.6 billion resort set to open in June. The company already has begun hiring employees and taking reservations.

The commission began hearing testimony Tuesday, starting with the commission’s Investigations and Enforcement Bureau, which led the investigation into Wynn.

Wynn declined to be questioned in person by investigators, but he sent a written response to questions asked by the bureau.

“I deny … ever having any relationship that was not consensual,” he was quoted as saying in the report. It is the only elaboration he has given in more than a year of denying allegations of sexual misconduct.

Before the start of Tuesday’s hearing, a gaming industry analyst said he expects Wynn Resorts will be allowed to keep its license but will be heavily fined.

“It’s impossible to tell how these things will go, but based on the information available, we expect Wynn Resorts to maintain its license but get hit with a substantial fine (greater than the $20 million levied by Nevada Gaming Commission) and be subjected to regulatory probation and additional oversight,” John DeCree, a Las Vegas-based analyst with Union Gaming said in a report to investors.

Allegations against Steve Wynn were first reported in January 2018. Just over a week after the allegations surfaced, Wynn resigned as chairman and CEO, and within two months he had divested all financial holdings and was evicted from a villa he lived in at the resort.

The report also found top executives at Wynn Resorts for years covered up that Wynn paid a $7.5 million settlement to a female manicurist employee who said he forced her to have sex with him. The 2005 encounter led to her becoming pregnant, according to the manicurist, the report said.

Citing a court deposition from 2017, the report quoted Wynn claiming the manicurist initiated sexual contact and extorted him for $7.5 million. Wynn said he feared the fallout of such a report on the $2.8 billion Wynn Las Vegas resort he had just opened.

“That was 97 days after the opening of the Wynn Las Vegas at a cost of $2.75 billion,” he said in the court deposition. “I said, Jesus, my name is — the Wynn is on the sign on the top of the building. As vicious, as rotten as the move was, as scurrilous, as lying — isn’t anybody on earth that can breathe that would ever think I will rape someone. Nuts. So in — in this context, $7.5 million was not a significant number. And I paid it.”

The report found the “company’s board of directors was not collectively informed in 2005 of the initial rape allegation, or of Mr. Wynn’s characterization that he engaged in consensual sexual relations with a subordinate employee, or of the eventual $7.5 million settlement agreement.”

All of the executives who knew about the allegations and the settlement are no longer with the company.

The report included several other details:

■ Former Wynn Las Vegas President Maurice Wooden told investigators he felt pressured to put his name on a letter sent to employees the day a Wall Street Journal article appeared outlining allegations of sexual misconduct. The letter, written by the communications department, dismissed the article and allegations as the latest litigation strategy by Elaine Wynn, Wynn’s former wife. CEO Matt Maddox told investigators that in hindsight the letter was “tone deaf.” Wooden left Wynn Las Vegas at the beginning of the year.

■ Wynn Resorts knew the sexual harassment article was coming out because employees told management the Wall Street Journal was contacting them about Steve Wynn’s conduct. Instead of investigating the allegations in the upcoming story, executives sought to get the article “killed,” investigators said in their report.

■ Steve Wynn continued to use the services of the Wynn salon in the weeks after the Wall Street Journal report until Wooden told him he had to stop. Wooden reiterated that directive in an email on March 6, 2018. Wynn Resorts lawyers notified Steve Wynn on April 10 that he was being evicted “effective immediately” from his company villa. His lawyer responded the next day, calling the eviction notice “outrageous.”

The company has responded to the Massachusetts Gaming Commission that Wynn Resorts is an entirely different company now than it was a year ago. It issued a statement before the hearing Tuesday explaining that “Wynn Resorts has changed from a founder-led organization to a global enterprise overseen by a capable, independent and accountable board of directors.”

In the company’s opening statement, new CEO Matt Maddox said the company went from being in denial to becoming an advocate for employees.

“I knew when I took over on Feb. 7, 2018, that we had to be strong, be fast and get to the truth,” Maddox said. “Only the truth was going to let this company survive and thrive. We had to be transparent, cooperative and progressive.”

Maddox thanked his board of directors’ special committee and the investigations bureau for ferreting out the truth.

“As those investigations began, the denial changed, and I began to realize that there were many victims — and those victims felt powerless,” he said.

“For that, I am deeply remorseful. They felt that they didn’t have a voice. That if they were to speak up, they could be retaliated against. Or if they did, it would not be investigated. For that I am truly sorry. I am sorry that our company did not live up to its values. And when I started to realize that truth, I took it very personally. And decided that no matter who the CEO is of Wynn Resorts, or who the chairman is, that would never happen again.”

After the review of the report, commissioners took the first step toward vetting new executives and board members to determine if they are suitable to lead the company.

When the hearing resumes Wednesday, Wynn Resorts is expected to make a presentation emphasizing the transformation that has occurred within the company since the harassment allegations were disclosed.

Commissioners also are expected to question Elaine Wynn and examine her role in the matter.

The commission has said that once the hearing is concluded, it will go into a closed session to deliberate. The commission will issue a written decision and determine if the seven board members and executives are suitable to lead the company.