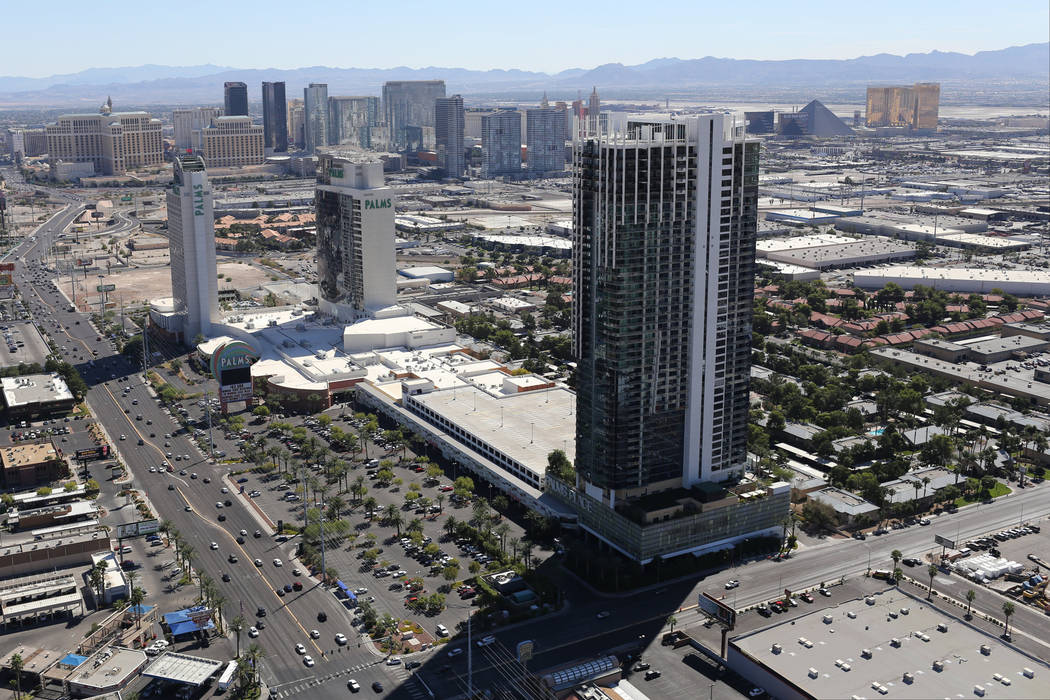 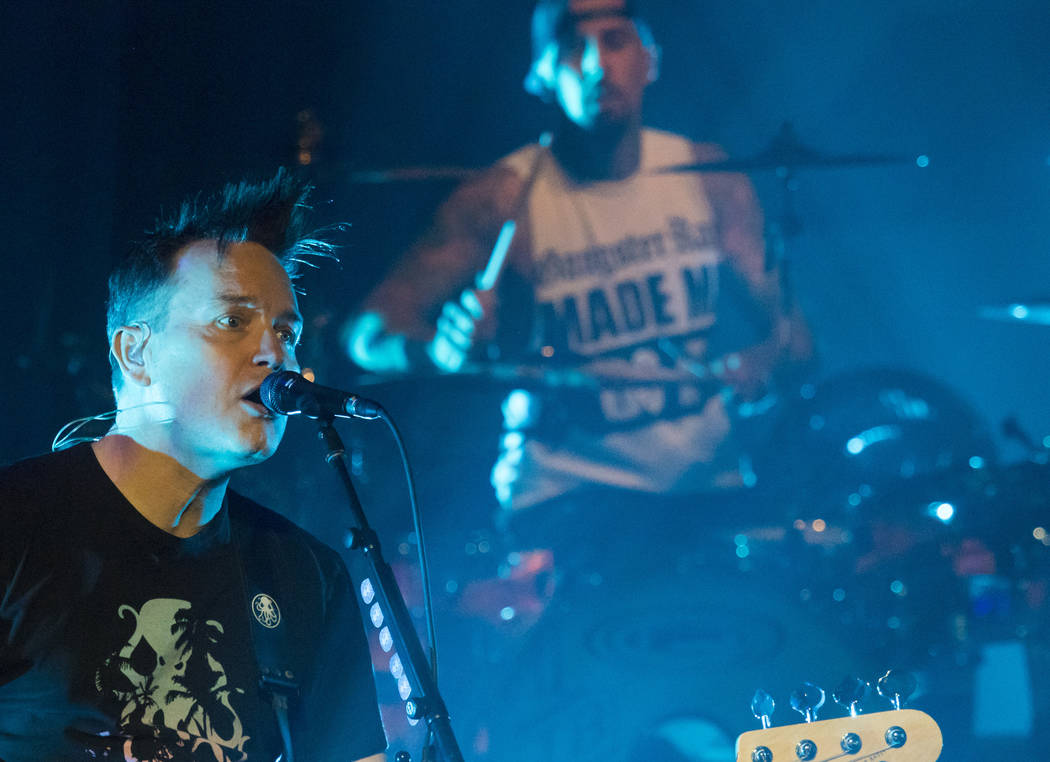 Mark Hoppus of blink-182 performs during Holiday Havoc at The Pearl Concert Theater at the Palms on Dec. 8, 2016. (Las Vegas Review-Journal file photo) 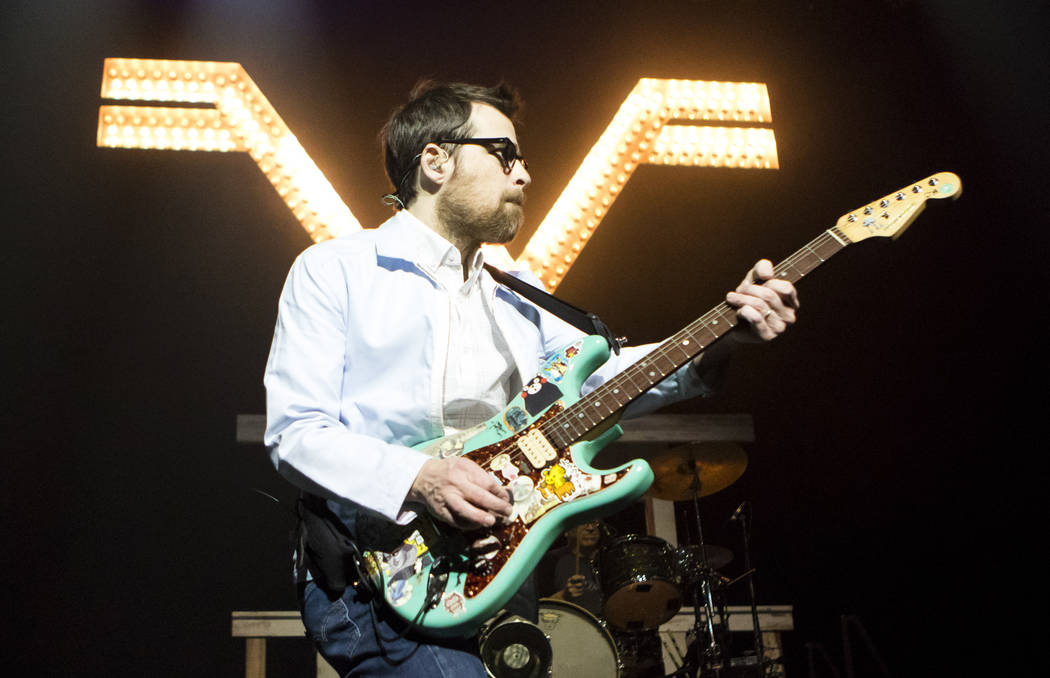 Rivers Cuomo of Weezer performs during Holiday Havoc at The Pearl Concert Theater at the Palms on Dec. 9, 2016. (Las Vegas Review-Journal file photo) 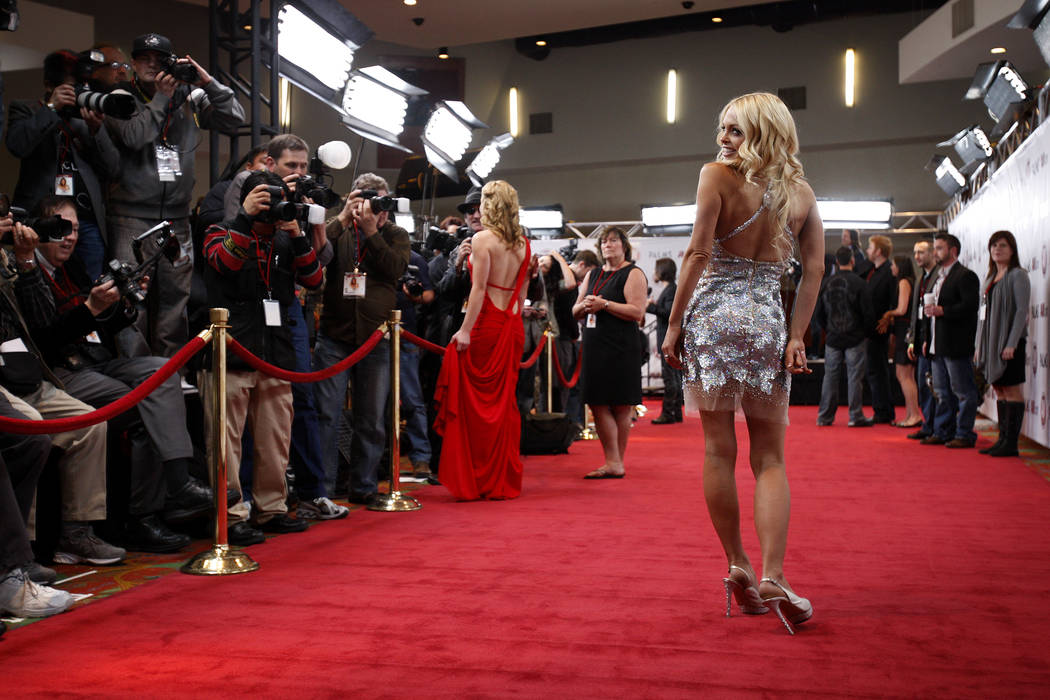 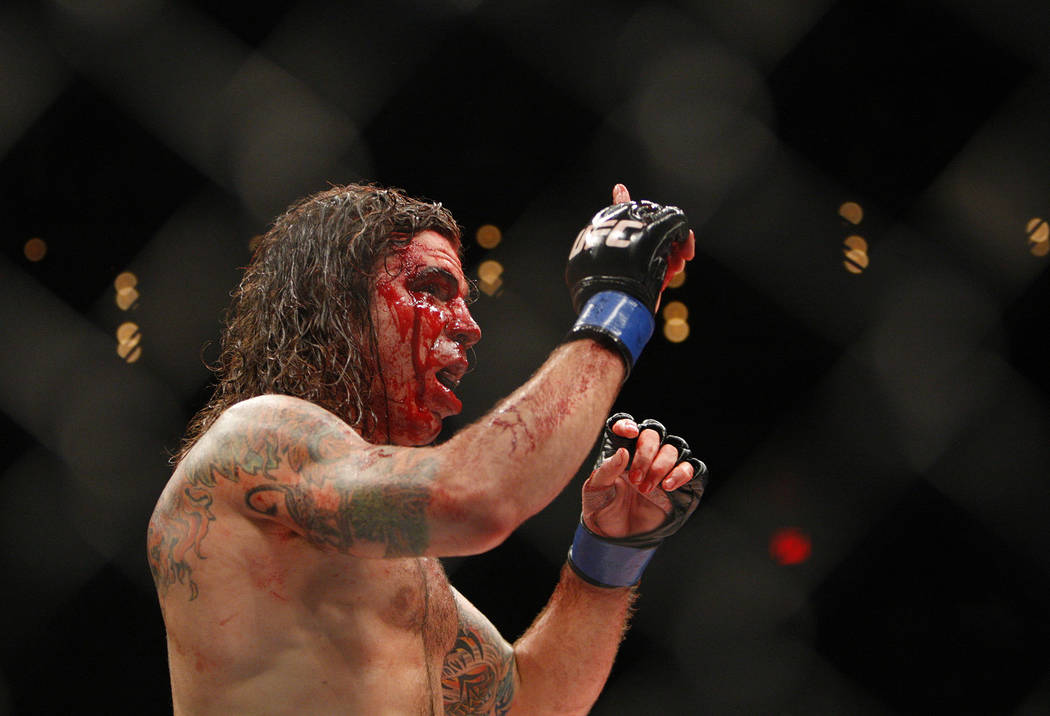 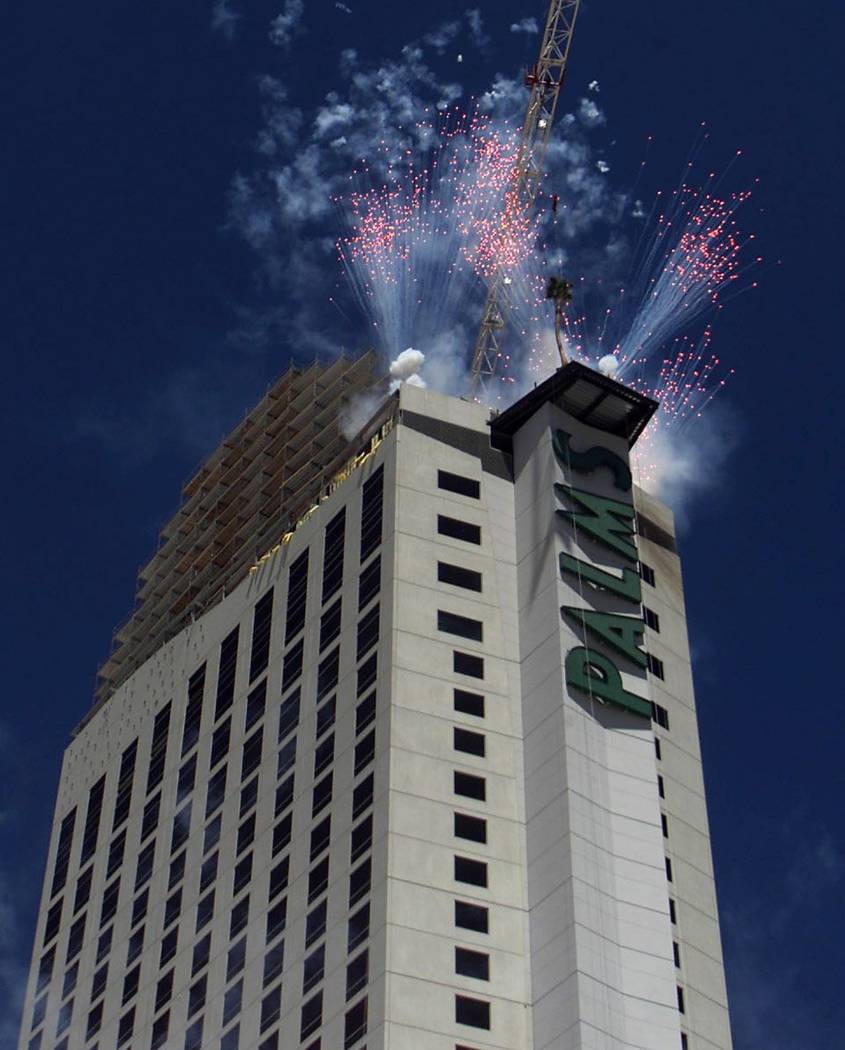 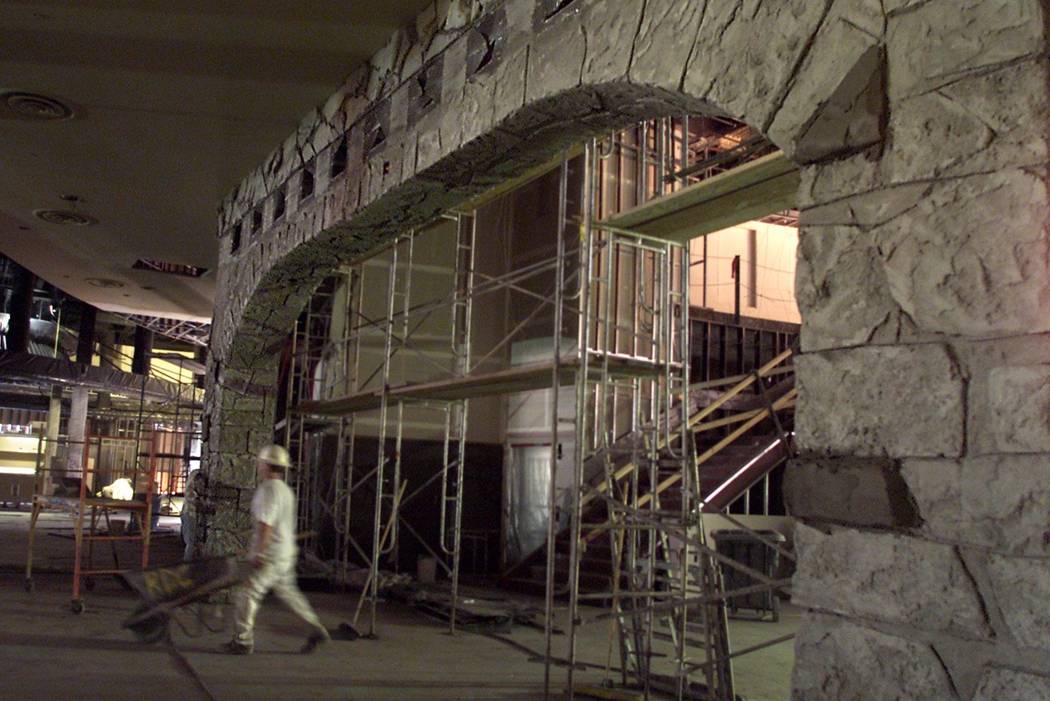 A faux stone archway leads into what was to be Garduno's Restaurant at the Palms in April 2001. (Las Vegas Review-Journal file photo) 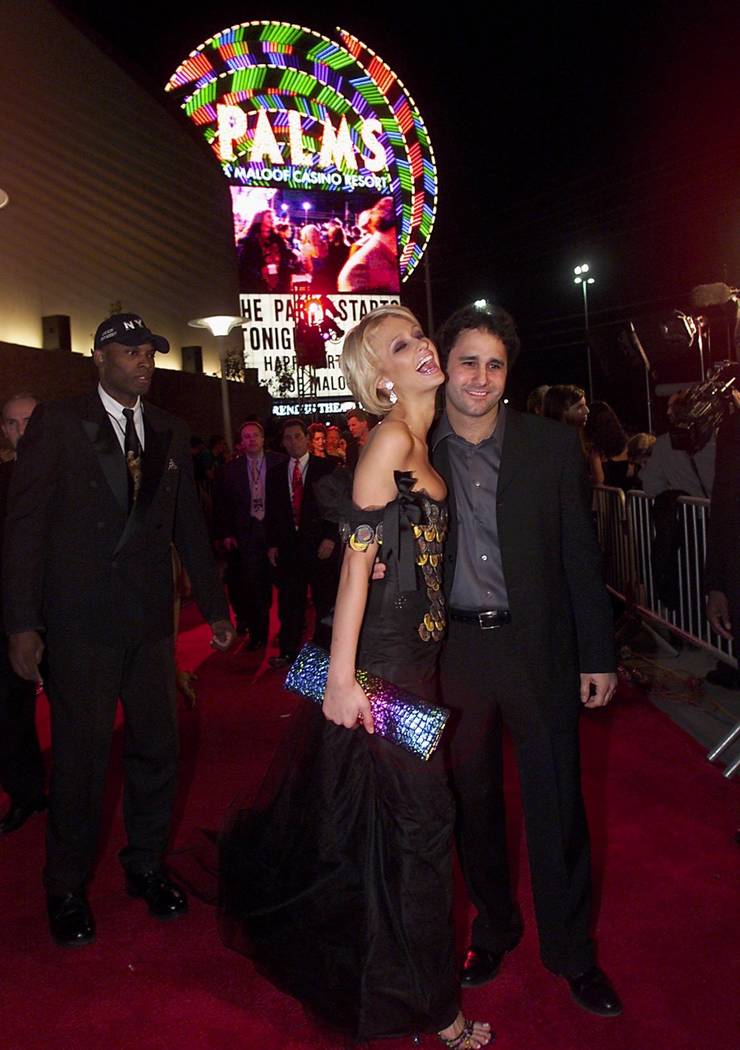 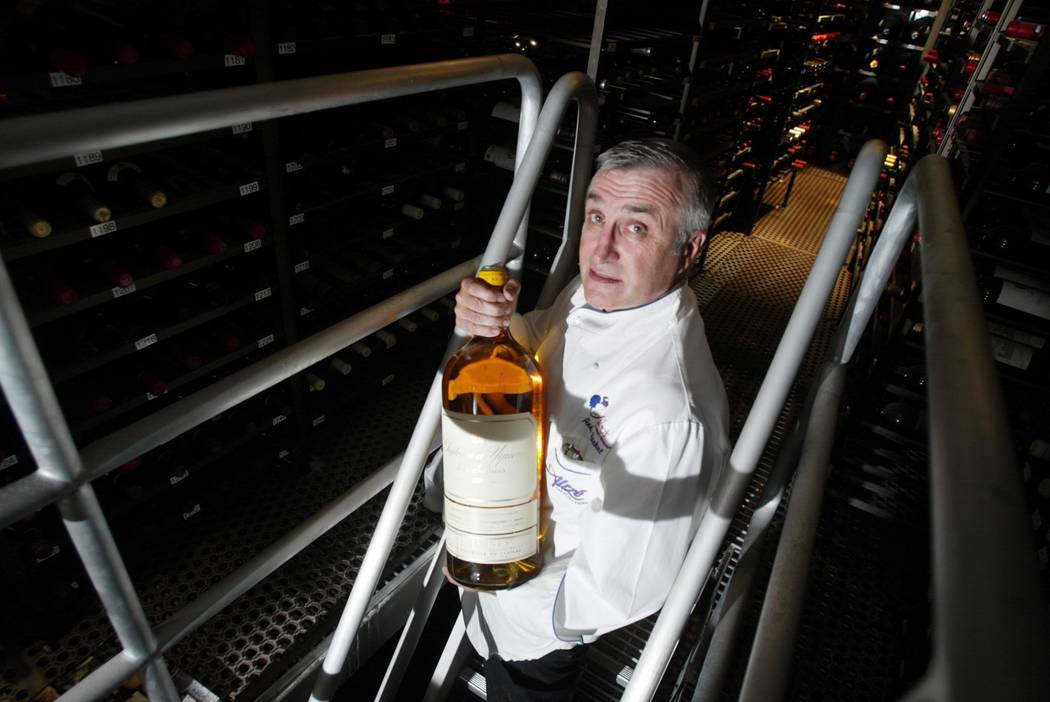 Longtime Las Vegas restaurateur Andre Rochat displays a bottle from inside the wine cellar of his restaurant, Alize, at the Palms on Oct. 1, 2002. (Las Vegas Review-Journal file photo) 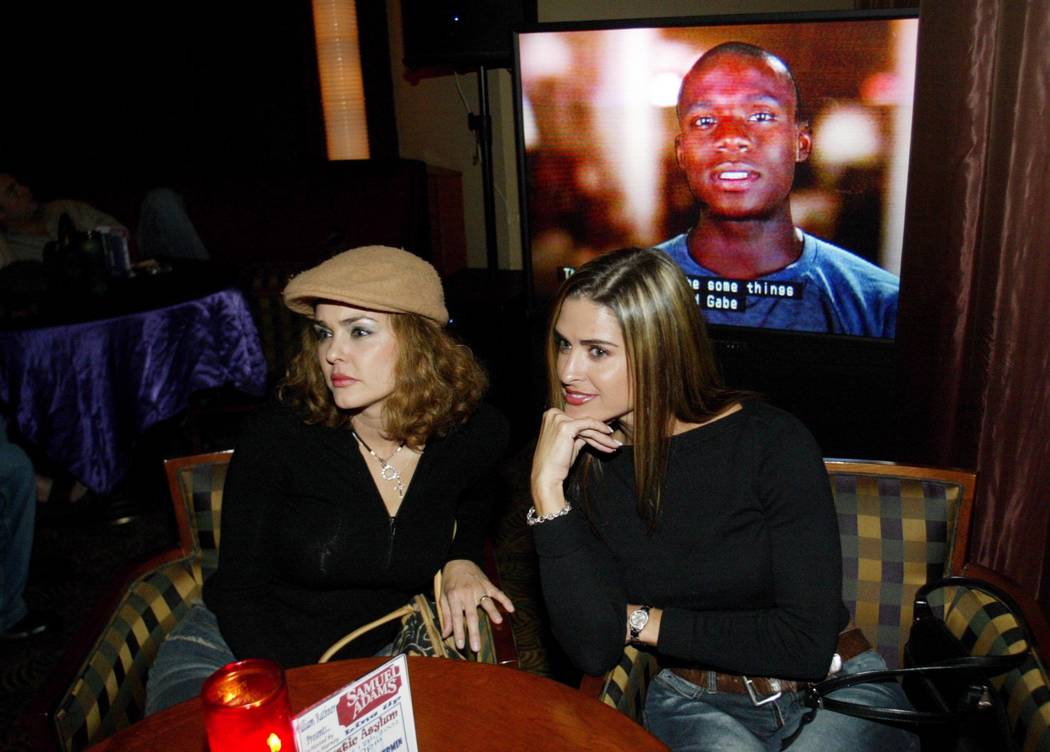 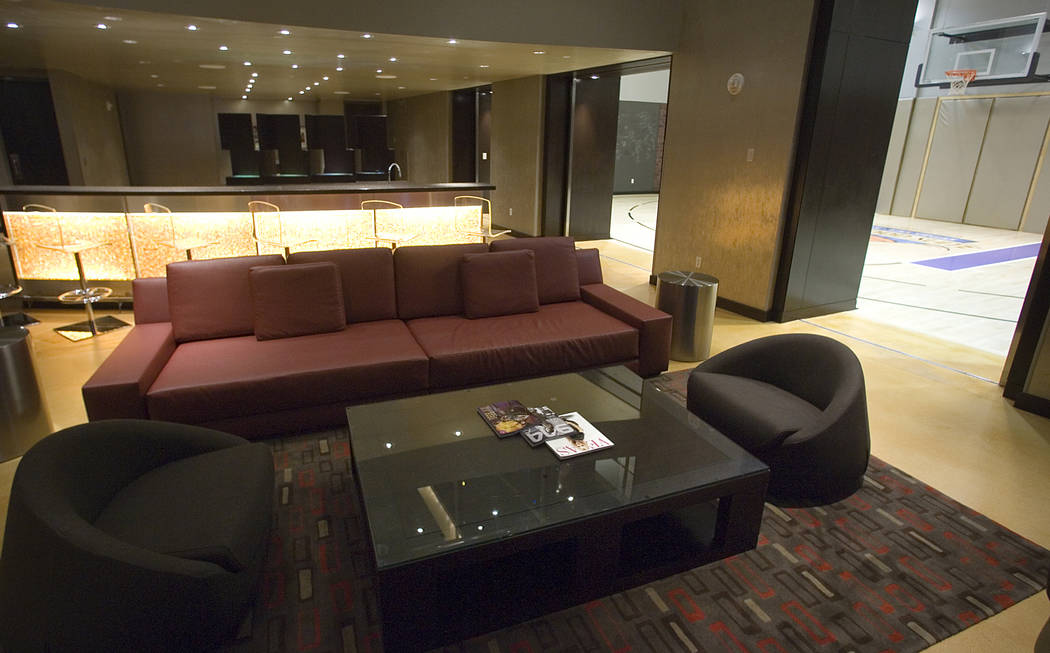 The Palms' Hardwood Suite, shown in October 2006, featured a basketball court (seen at right). (Las Vegas Review-Journal file photo) CLINT KARLSEN/REVIEW-JOURNAL Living; The hardwood suite at The Palms, Wednesday morning, October 25, 2006. The basketball court in the hotel room is to the right. 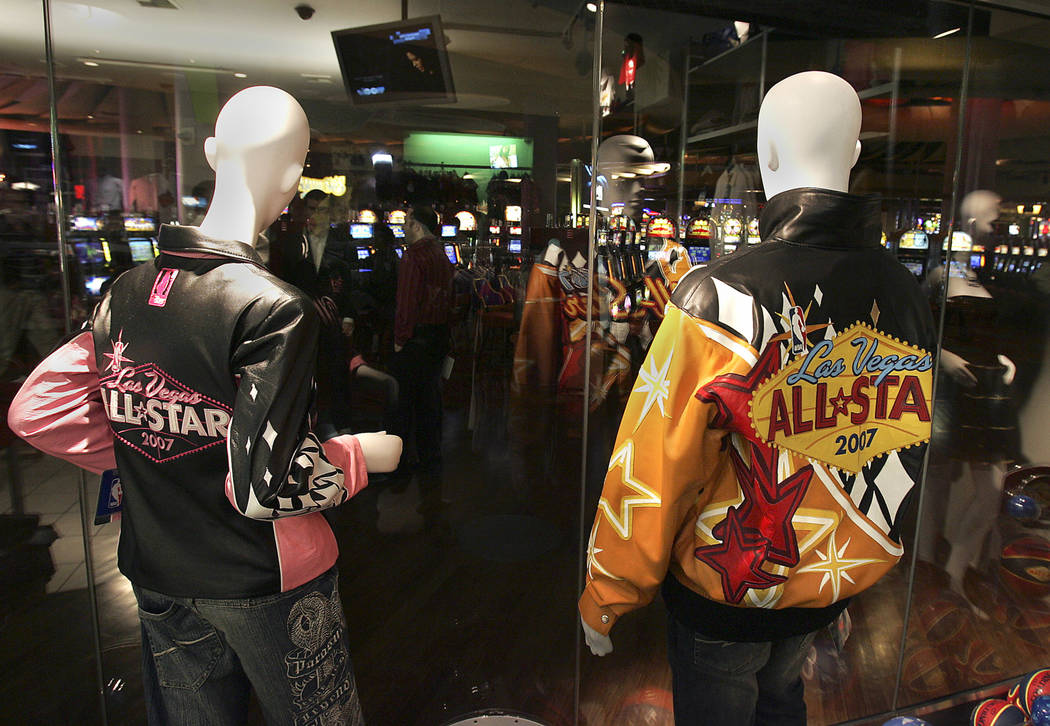 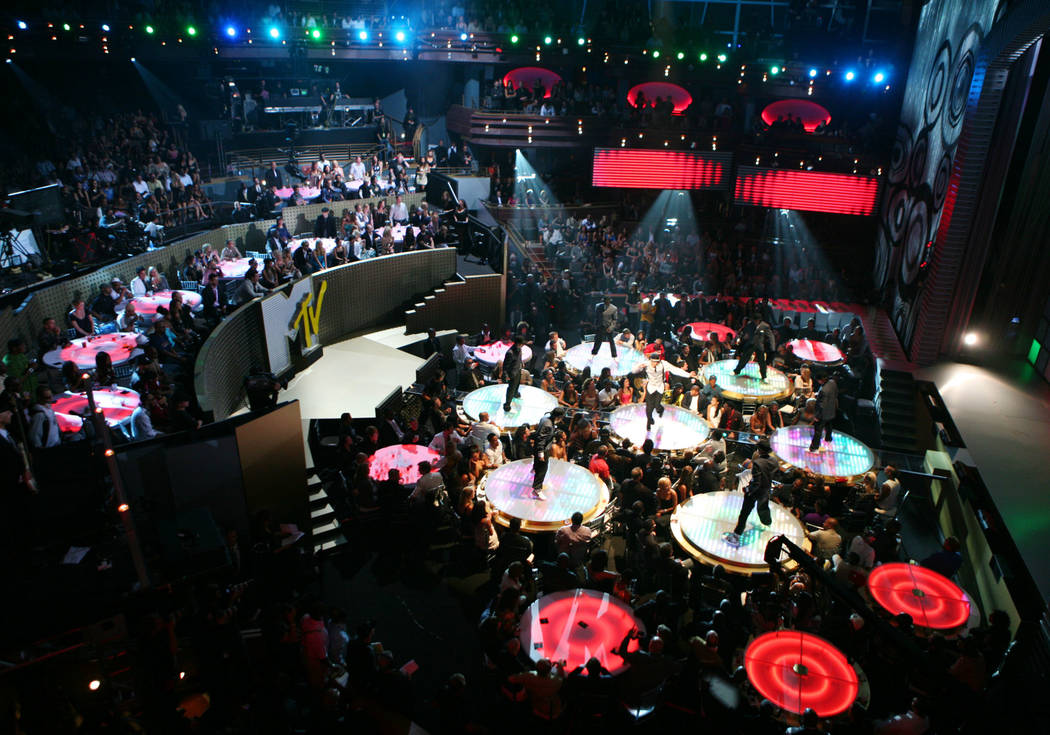 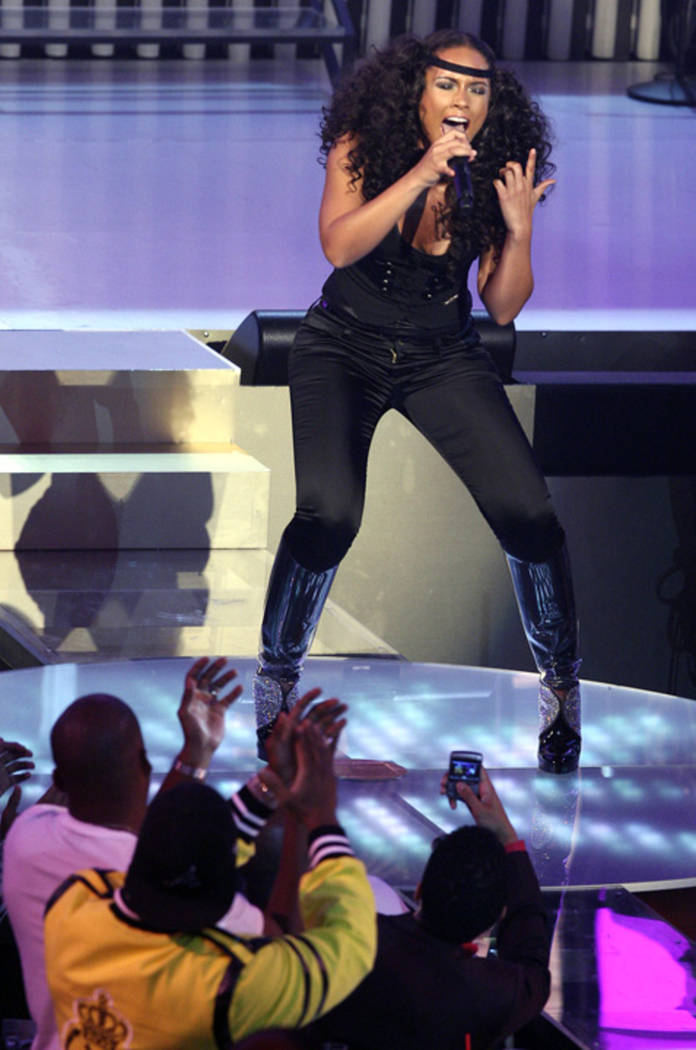 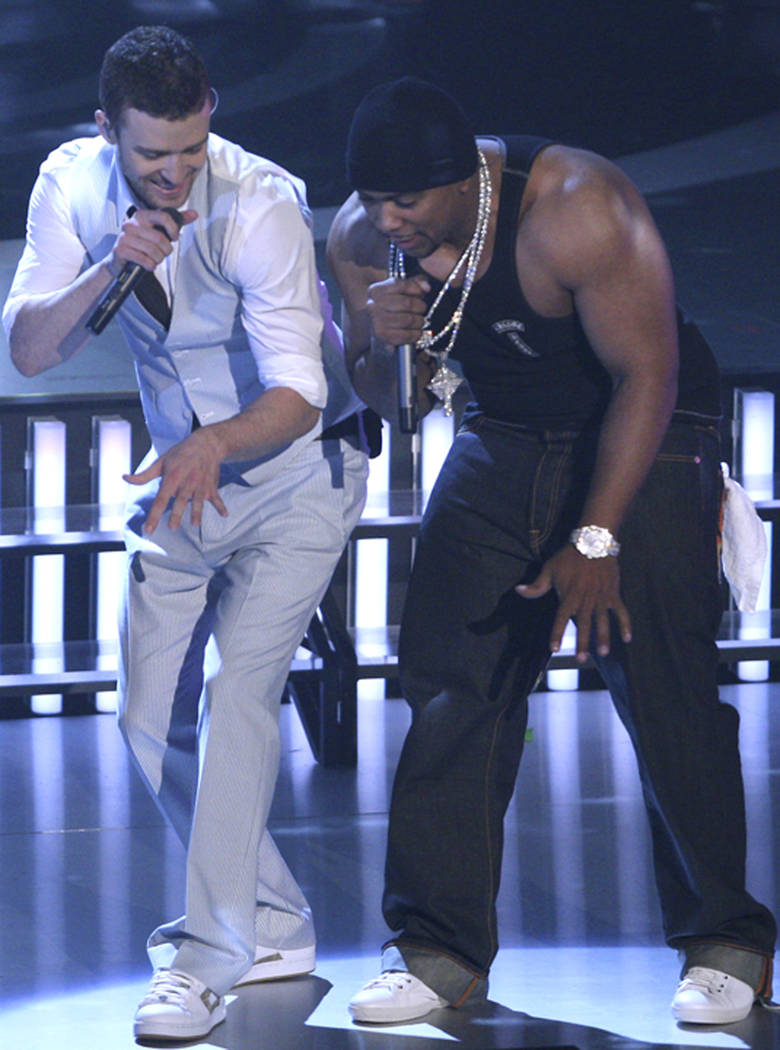 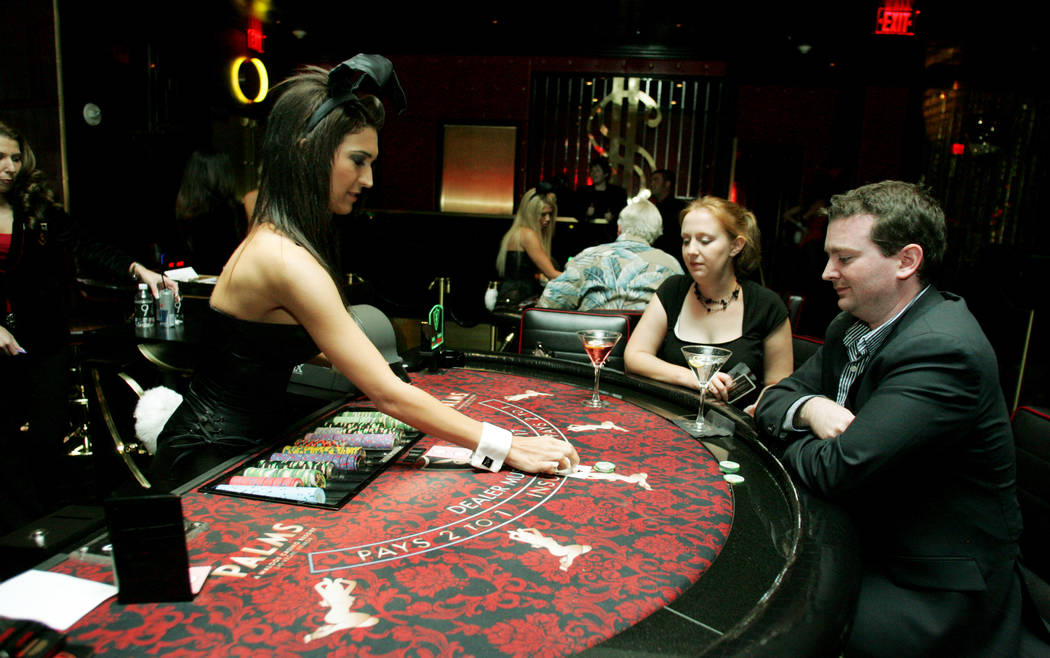 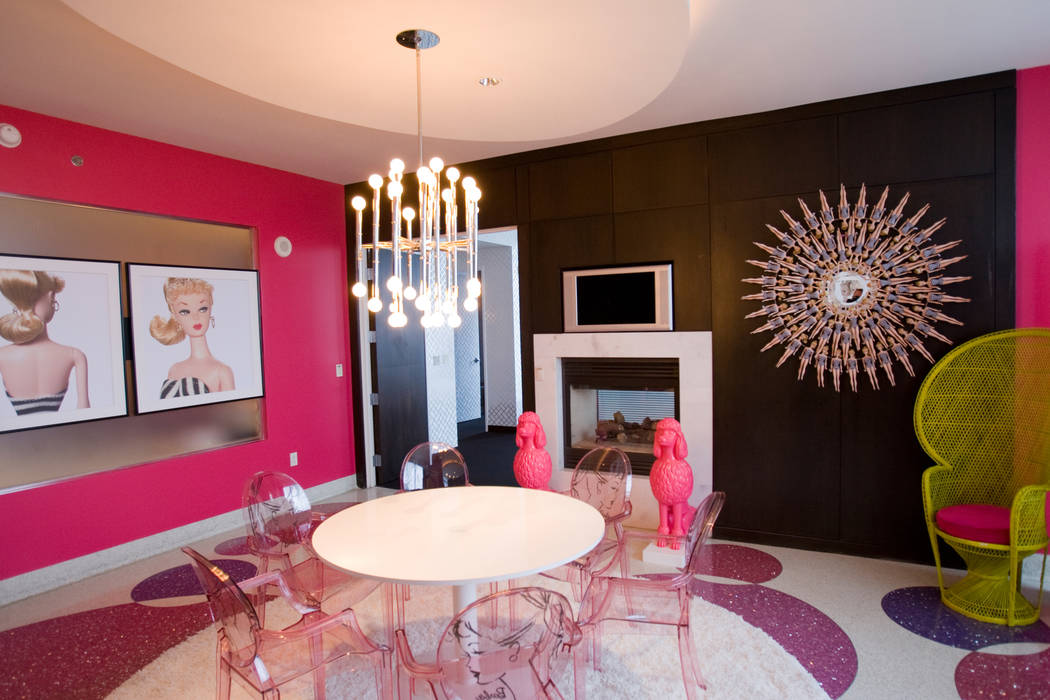 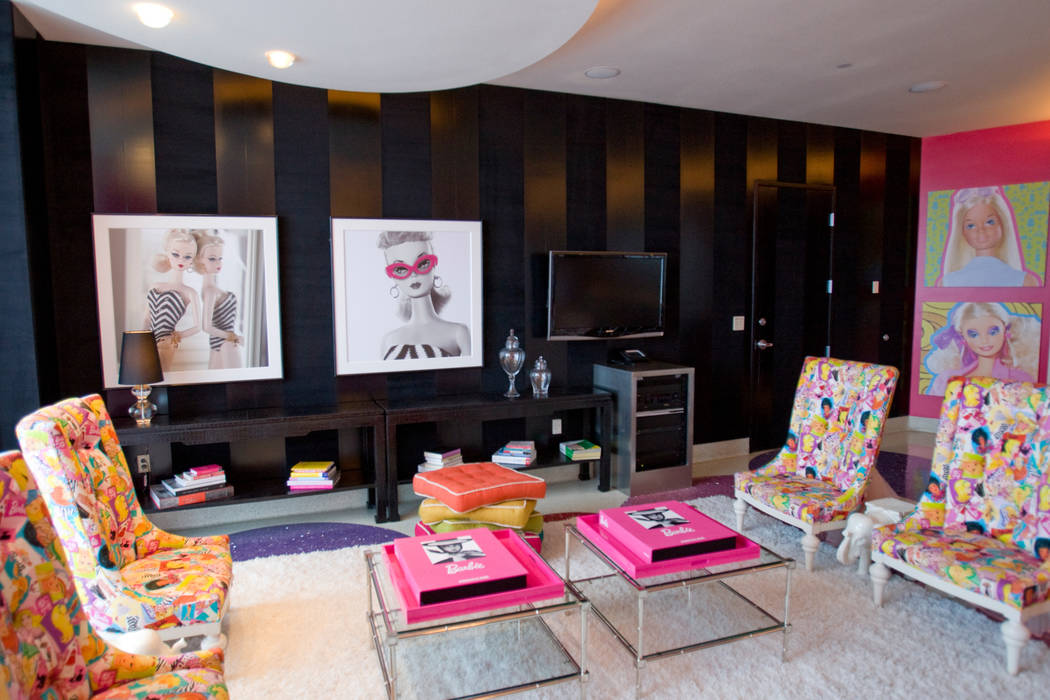 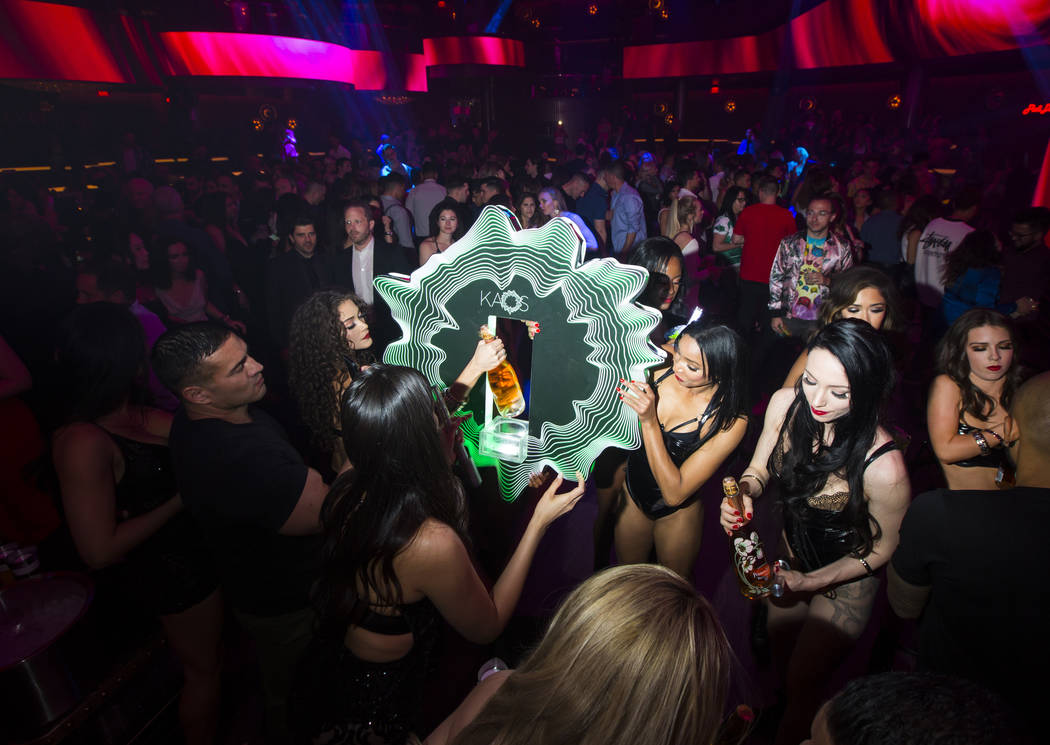 Bottles of champagne are delivered to a table in the nightclub area during the grand opening weekend of Kaos at the Palms April 5, 2019. On Nov. 5, Red Rock Resorts, the Palms' current parent company, announced the club's closing. (Chase Stevens/Las Vegas Review-Journal) @csstevensphoto

From its gala opening on Nov. 15, 2001, the Palms has been a bit different from its Las Vegas brethren.

The property was off-the-Strip, but flashier than other off-Strip resorts. It was the hotel with themed suites, among them one modeled after Barbie and a Hardwood Suite that featured a basketball court.

The hotel hosted Las Vegas’ very own Playboy Club and forged an association with MTV, which resulted in the resort hosting “The Real World” and the 2007 “MTV Video Music Awards.” The Palms even was cool enough to be featured in several videos.

It was the home of big-name concerts at The Pearl, UFC fights and celebrity visitors of all stripes. And while not everything it has done has panned out — Kaos nightclub, which opened with much fanfare in April 2019, shut down 6 months later — the Palms always has been one of Las Vegas’ more interesting casinos to watch.