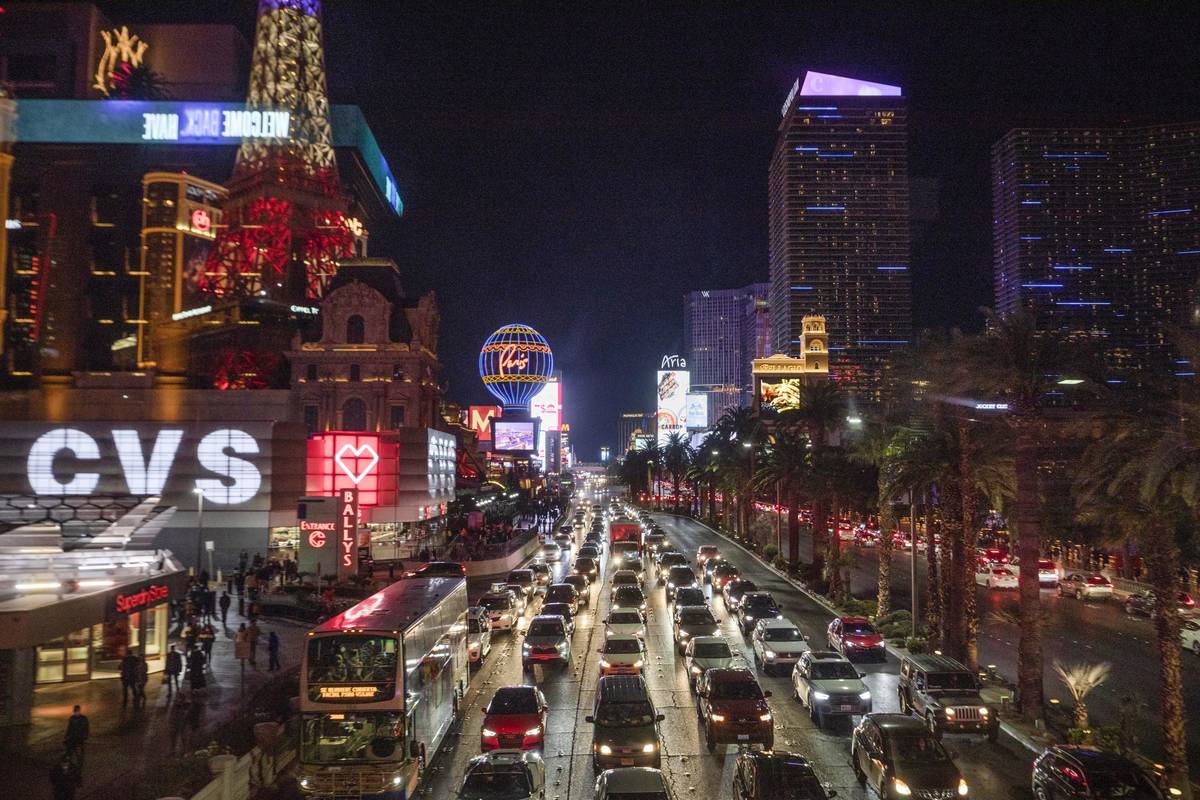 After months of debate, federal lawmakers agreed upon a second $900 billion COVID-19 economic relief package — but the industries Nevada relies on most are left wanting.

The relief package includes provisions that could increase consumer spending and willingness to travel, but there is no direct assistance to gaming and hospitality businesses.

“The new stimulus bill will surely be welcomed with open arms by those in need, and it comes at a critical time of the year for many,” said Josh Swissman, founding partner of Las Vegas gaming and hospitality consulting firm The Strategy Organization. “However, there definitely could have been more in it to directly stimulate the hard-hit tourism industry and specifically Las Vegas resorts.”

Applied Analysis principal analyst Jeremy Aguero said the bill appears to be “exactly what was expected” — a compromise.

“While it may not have everything everyone wanted (or everything Nevada wanted), it will provide billions of dollars for Nevada households, businesses and governments,” he said via email.

Unlike small music venues, movie theaters and similar facilities, which are set to receive $15 billion, casinos and hotels do not receive direct funding from the stimulus package.

“For some reason, people view casinos as licenses to print money so they don’t get considered for aid,” said Nehme E. Abouzeid, president of consulting firm LaunchVegas. “But we didn’t hit 30 percent unemployment and mounting corporate losses during COVID-19 through any fault of our own. Our businesses were hurt because we can’t shift an entire hospitality industry based on delivering experiences at scale to virtual overnight.”

The Nevada Resort Association declined to comment on the stimulus package until Congress votes on the bill. Spokespeople at the six largest Nevada-based casino operators either declined or did not respond to a request for comment.

‘Vital step’ for the hospitality industry

While the bill doesn’t directly provide funding for casinos or hotels, it does benefit the industries indirectly.

The package would establish a $600 direct stimulus payment to Americans making up to $75,000 annually and couples making up to $150,000 per year, with $600 in additional payments per dependent child.

After months of lockdowns and restrictions, some of that money is expected to be used for travel, a potential boon for the local leisure and hospitality industries.

“People do want to step out,” Peter Guzman, president of the Las Vegas Latin Chamber of Commerce, said. “There’s no better place than Las Vegas to do that.”

The stimulus package uses another $284 billion to revive the Paycheck Protection Program, which offers forgivable loans to qualified businesses.

Chip Rogers, President and CEO of the American Hotel and Lodging Association, said this should act as a “critical lifeline” for small hotels and other businesses that have been decimated by the pandemic.

“This short-term relief package is a vital step toward helping the hotel industry survive this crisis,” Rogers said in a Monday news release. “The proposed measure provides temporary relief over the next few months and will help thousands of hotels stay open and retain employees.”

The bill also sets aside more than $69 billion for vaccines, testing and health providers. Aguero said this funding — along with funding toward public education, public safety and provisions designed to keep people working and reemploy displaced workers — may have greater long-term benefits to Nevada’s tourism industry and overall economy.

Swissman agreed, adding that funding for vaccines and testing “will certainly bolster future travelers’ desires to get out of their homes and travel again.”

But beyond those provisions, Swissman said the hospitality and leisure industries are largely left to fend for themselves.

“It seems that the direct benefits stop there,” he said. “There are no tourism industry specific funds available, and those targeted funds are sorely needed.”

Nevada had nearly 50 percent fewer visitors in October compared to the year prior, according to the Las Vegas Convention and Visitors Authority. The steep decline in foot traffic has devastated the state’s overall economy and wiped out a large portion of its workforce: In November, Nevada had a 10.1 percent jobless rate, down from a year prior but an improvement compared with April’s 30 percent unemployment rate, according to figures from the Nevada Department of Employment, Training and Rehabilitation.

It’s unclear when, or if, leaders in the House and Senate will agree upon another COVID-19 relief package, and what sort of relief it may offer to the travel industry.

“While there may be another bill to consider in the next Congress, only time will tell if there will be direct relief to the gaming and hospitality sectors,” Brendan Bussmann, director of government affairs for Las Vegas-based Global Market Advisors, said. “The best hope at this point is that as the vaccine begins to roll out to healthcare workers that we get it to the most vulnerable populations next so that we can reopen the economy more.”

Rogers said the AHLA will continue to work with Congress and the new administration on a longer-term stimulus package “that will ensure our industry survives and is well positioned to help the country recover economically once the public health threat subsides.”