RJ App
Vegas News, Alerts, ePaper
OPEN
Visitation to Macao and its gaming revenue for the first 10 days of January are the best they've been in two years, government officials in the special administrative district reported. (Las Vegas Review-Journal) 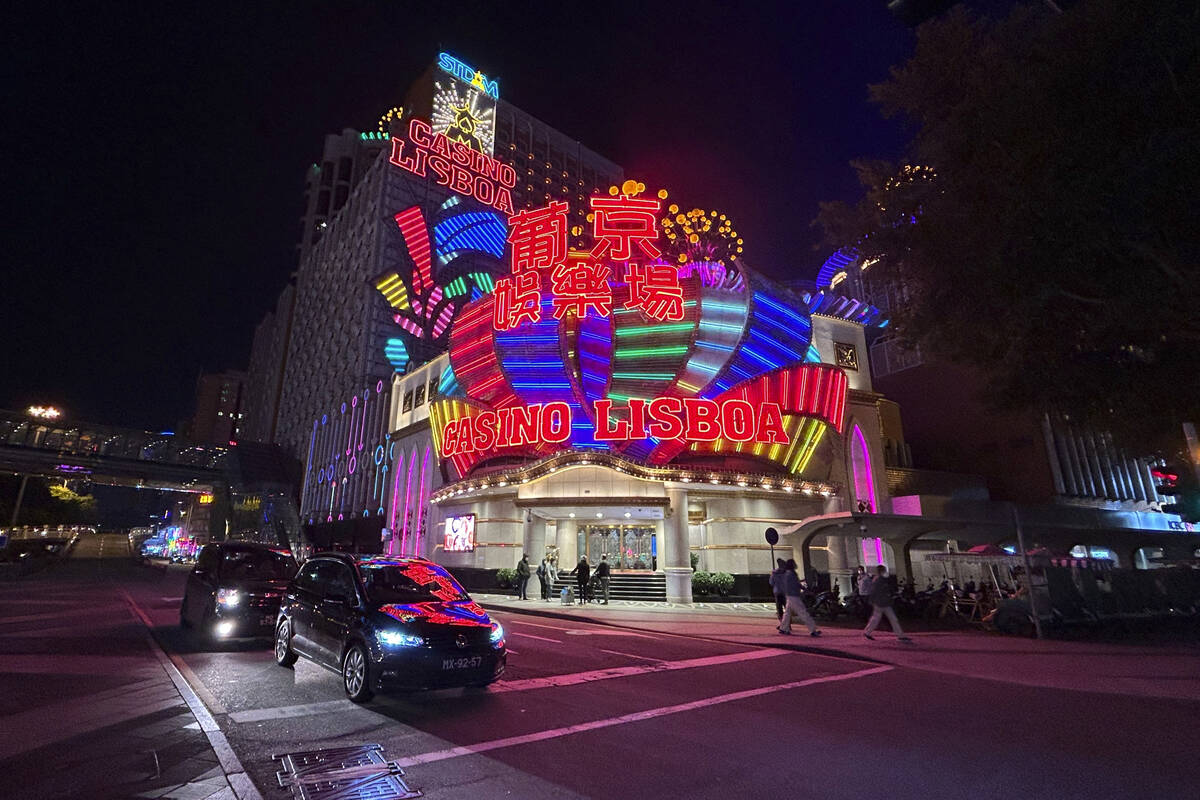 Visitation to Macao and its gaming revenue for the first 10 days of January are the best they’ve been in two years, government officials in the special administrative district reported Tuesday.

The Public Security Police Force of Macao reported 109,386 visitor arrivals in the first three days since Chinese government authorities relaxed health and safety requirements on Sunday and reopened borders that had been subject to quarantines.

Ferries also operated for the first time in three years on Sunday, and officials incentivized trips to Macao by offering two-for-one ferry deals from Hong Kong.

Representatives of Las Vegas Sands Corp., the market leader in Macao, declined comment but probably will elaborate on the rebound in travel during the company’s fourth-quarter earnings call later this month.

Hong Kong-based JP Morgan analyst D.S. Kim said in a report that the estimated gross gaming revenue figure of $32.3 million per day for Jan. 1-8 was more than double the $14.9 million average for both fourth quarter 2022 and all of fiscal year 2022. Kim said the news was “very encouraging,” given it included only one day of full border reopening on Sunday.

Macao’s operators, which include Chinese subsidiaries of Sands, MGM Resorts International and Wynn Resorts Ltd., have new optimism for the market since the Chinese central government began lifting restrictions and border crossings, and an intense bounce-back is expected for 10 days starting Jan. 22 when the Chinese Lunar New Year, the Year of the Rabbit, is celebrated.

Casinos operating in Macao completed their worst financial year on record on Dec. 31 when the region’s Gaming Inspection and Coordination Bureau reported gross gaming win of $5.24 billion for 2022.

Macao’s 39 casinos reported winning $432.6 million in December, the fifth-best month of the year.

The December total was 56.3 percent behind the total from December 2021 and overall, 57.4 percent below the amount won in 2021. The worst year prior to 2022 was $7.51 billion in 2020 — the year COVID-19’s outbreak resulted in casino closures and the imposition of health restrictions and border closures.

Macao’s gaming revenue is important to the three Las Vegas companies because Macao’s resorts have accounted for between 40 percent and 65 percent of those companies’ revenue totals over the years.

Macao has experienced choppy gaming revenues over the past two years as a result of the central Chinese government’s “zero COVID” policy that shut down cities on the Chinese mainland and closed borders, keeping tourists away.