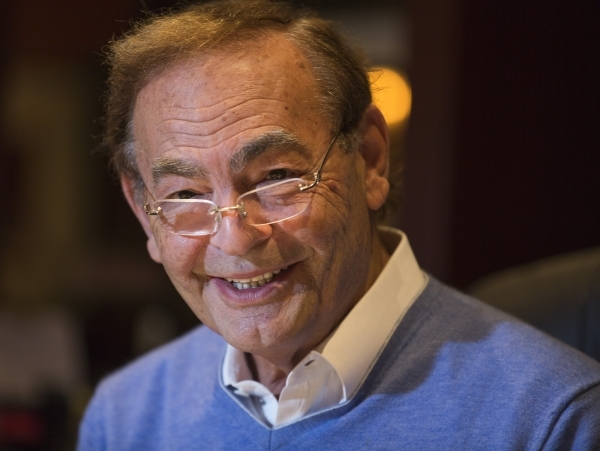 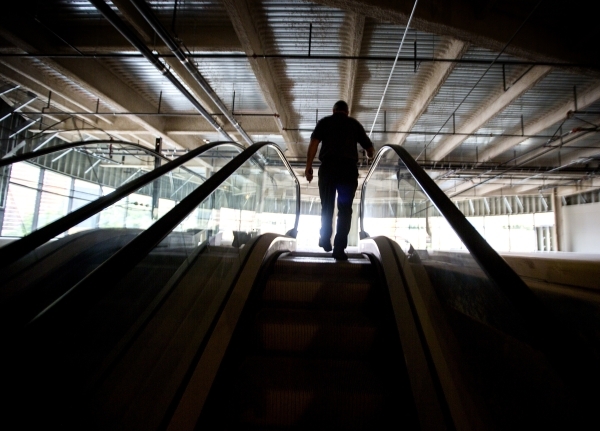 A Treasure Island employee walks up escalators at the site of of the proposed Marvel Comics store on Tuesday, Nov. 10, 2015. The Treasure Island announced that Marvel Comics will open a two story store above CVS Pharmacy based on the Advengers superheros. Jeff Scheid/ Las Vegas Review-Journal Follow @jlscheid 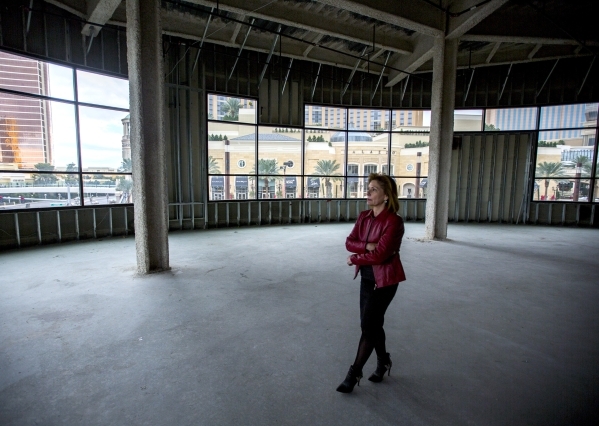 Michelle Knoll, senior vice president of advertising and public relations in the site of of the proposed Marvel Comics store on Tuesday, Nov. 10, 2015. The Treasure Island announced that Marvel Comics will open a two story store above CVS Pharmacy based on the Advengers superheros. Jeff Scheid/ Las Vegas Review-Journal Follow @jlscheid 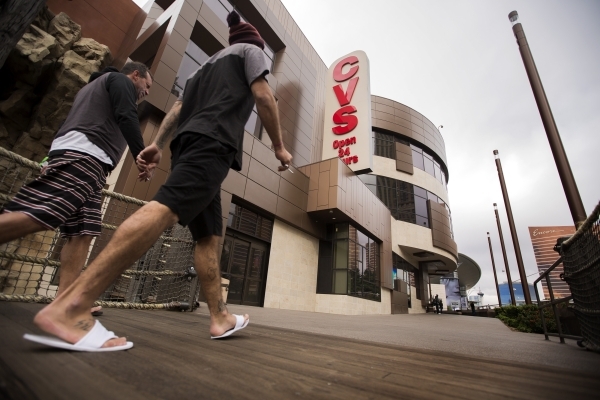 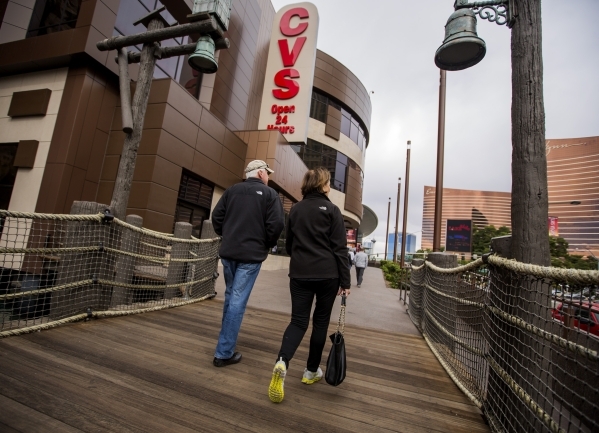 Treasure Island will turn over the second and third floors of its recently completed 40,000 square-foot retail area along the Strip to an exhibition company that will create attractions based on Marvel Comics’ The Avengers and Hasbro’s Transformers, offering customers interactive, theme parklike experiences.

The project’s developers, Victory Hill Exhibitions, said the attractions will capitalize on the popularity of the two brands, which have been the subject of multiple movies in the past few years. The company has produced similar experiences in other cities.

“Obviously, Las Vegas will be our marquee attraction,” said Nicholas Cooper, chief creative officer for Victory Hill, which owns the licensing rights for the brands.

The separate spaces — 28,000 square feet in total — will be self-guided, include characters, and will have aspects of the story lines unique to The Avengers and Transformers. The Avengers level will include an Avengers S.T.A.T.I.O.N. (Scientific Training Tactical Intelligence Operative Network) while staffing the facility with Iron Man, The Hulk, Captain America and Thor.

Cooper said the tours normally take up to 50 minutes, but it’s not uncommon for fans to get immersed into the experience.

“Given the interactive opportunities, it’s very much designed for both casual and super fans,” Cooper said.

“Imagine interacting with a three-story tall Optimus Prime right in front of you,” Cooper said, referencing one of the Transformer’s popular characters.

Treasure Island owner Phil Ruffin said the attractions fit into the family oriented theme of the resort. He said the property took its time to consider what it wanted for the space, which currently houses a CVS Pharmacy retailer on the 12,000-square-foot first level.

Ruffin said he didn’t want to lease the space to restaurants because it would cut into the Treasure Island’s restaurant business. On the opposite side of the retail space, Treasure Island opened a Gilly’s BBQ and Senior Frogs that face onto the Strip.

“We would have hurt ourselves if we did that,” Ruffin said. “We wanted something that would increase our foot traffic inside the hotel. This fits within our market. Our niche is the mid-line customer and there are a lot more mid-liners than there are high rollers.”

Ruffin, 80, acquired the 2,885-room Treasure Island from MGM in 2009 for $775 million. The privately held casino is his only Strip resort. He made his mark in Las Vegas owning the New Frontier, which was closed and imploded in 2007. Ruffin sold the Strip property for $1.24 billion to an Israeli group that never followed through in building a multibillion resort on the site.

A cost for developing the Treasure Island attractions was not given. Ruffin said the resort will advance Victory Hill $2 million for tenant improvements. He said Victory Hill will pay rent for the space and the hotel-casino will also receive $1 for every ticket sold.

The Transformers attraction will be on the on the second floor of the retail facility and The Avengers will take over the upper level.

The project, which is expected to open by the end of March, is geared toward a family crowd and replaces the long-since departed pirate battles that took place in the property’s Buccaneer Bay since the resort opened in 1993. The male-dominated Disney-type battles were changed to the “Sirens of TI” show in 2003, which featured women in skimpy costumes. That show closed in 2013.

Ruffin said the pirate battles brought “a tremendous amount of attention” to the resort, but little in the way of customer spending. He said guests took photos, but weren’t coming inside the property. He said the Siren show cost Treasure Island close to $5 million a year to operate.

Ruffin estimated the retail space, once the attractions are completed, will bring in $8 million a year to the resort. He also expects the attractions will have special offers and marketing incentives for Treasure Island’s hotel guests.

“We moved the boats over and lighted them up to give them a nice look,” Ruffin said. “We think this will be a great move for us.”