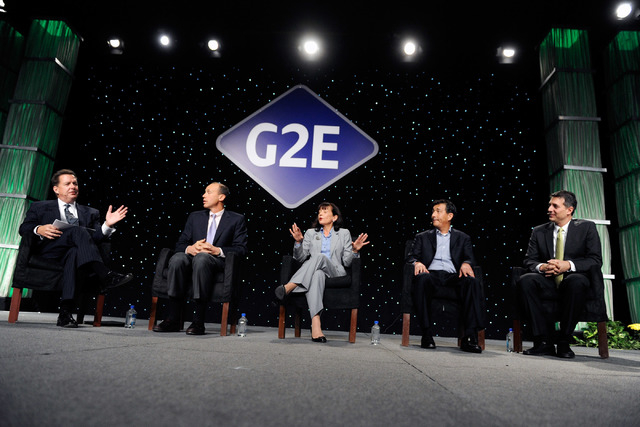 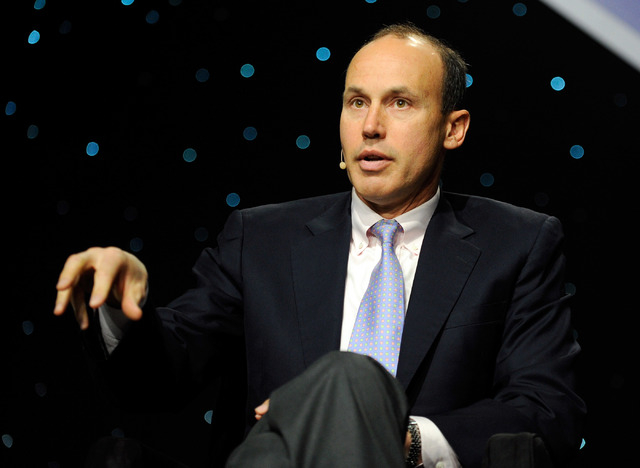 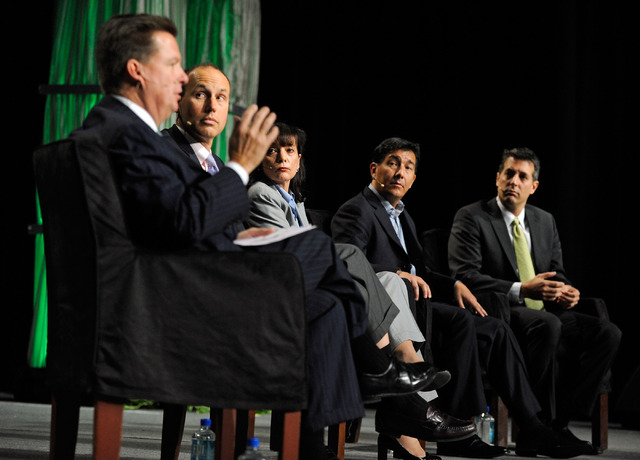 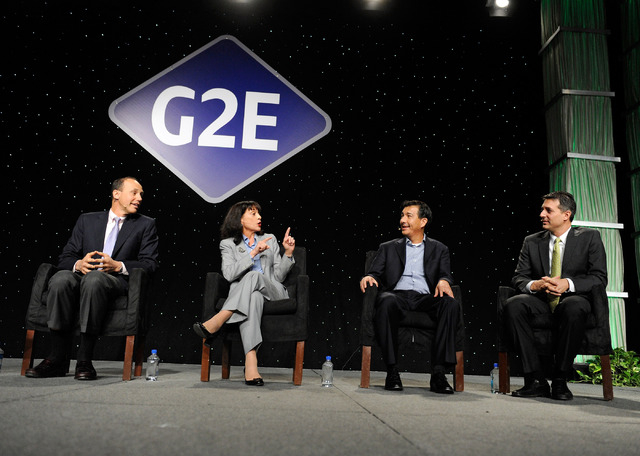 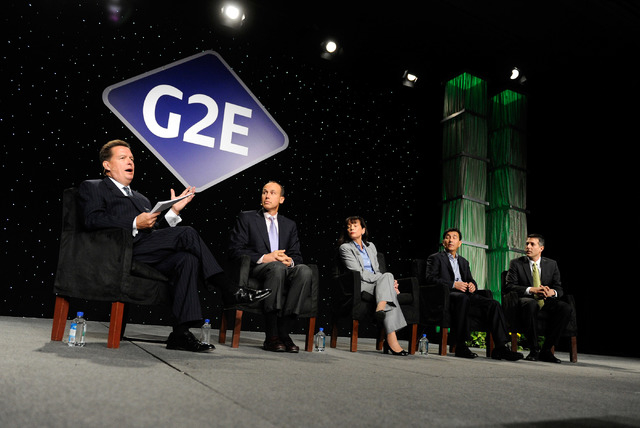 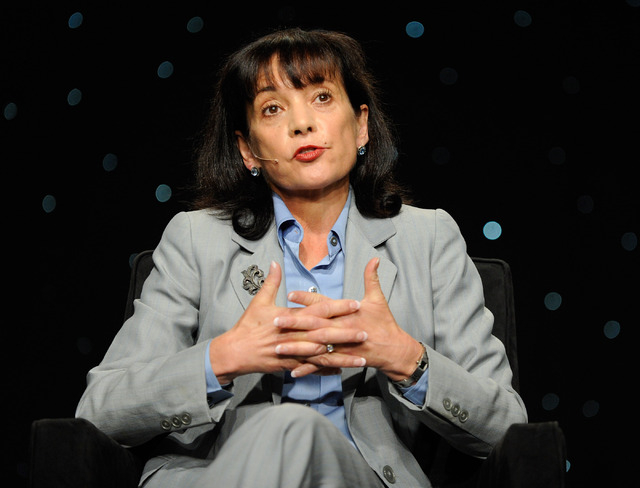 Jana McKeag of Lowry Strategies speaks during the tribal gaming keynote round table discussion at G2E at the Sands Expo and Convention Center on Thursday, Sept. 26, 2013. (David Becker/Las Vegas Review-Journal) 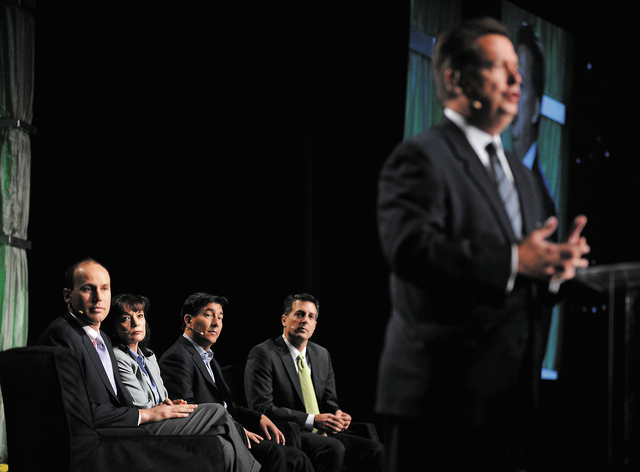 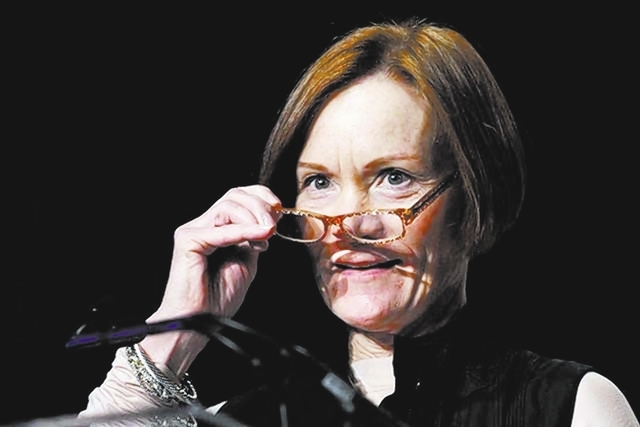 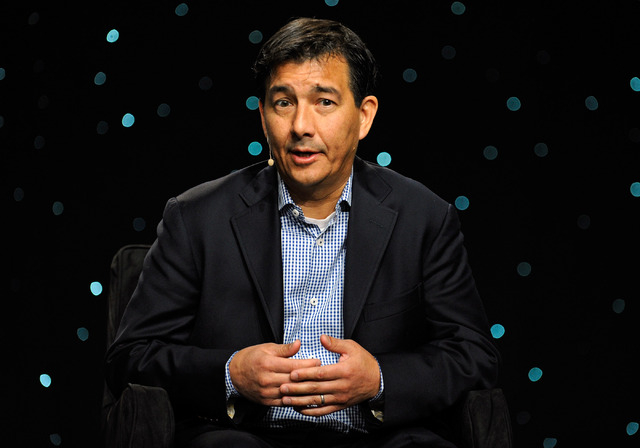 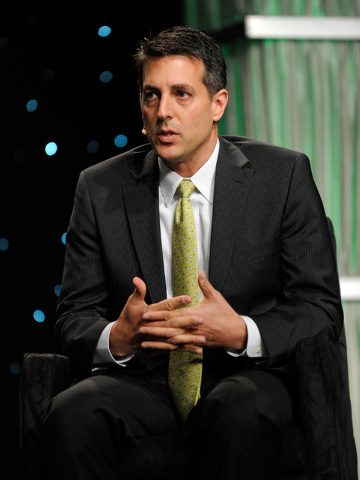 Some people in Congress believe American Indians struck it rich with the establishment of tribal gaming and the passage of the Indian Gaming Regulatory Act in the late 1980s.

But serious problems with education, health care, unemployment and housing remain. Tribes are also dealing with the effect of Internet gaming on their business, off-reservation casinos and political gridlock in Washington, D.C.

“They’ve been very busy in Washington this year,” John Gusik, founding partner of the Franklin Partnership, a Washington, D.C., law and government relations services firm, said Thursday at the Global Gaming Expo. He was moderating a panel discussion on tribal gaming on the final day of the expo at the Sands Expo and Convention Center in Las Vegas.

The fate of those bills has also been hurt by the Oct. 1 deadline to enact a budget or face a possible federal government shutdown.

“If you represent tribes, they think you must work on Indian gaming all the time,” Kirkham said. “Gaming takes up some time but it’s also about health care, education and housing.”

Kirkham acknowledged that the vast majority of a tribe’s revenue is earned through gaming, but said those dollars go to providing services to the community.

“Everything is now seen through the prism of gaming,” said Jana McKeag, president of Lowry Strategies, an Alexandria, Va., government and public affairs consulting firm. “Congress believes that tribes have all this gaming money … why do they need (federal dollars)?”

McKeag noted that gaming revenue was a replacement for “a tax base.”

The trend toward off-reservation casinos, including the North Fork Rancheria of Mono Indians in California and a Tohono O’odham casino in Arizona, was one of the issues discussed by the panel.

The North Fork Rancheria, a project that will be managed by Station Casinos Inc. outside of Fresno, Calif., has won state and federal approval, but has yet to be approved by the Bureau of Indian Affairs.

The 9th Circuit Court of Appeals has ordered the Obama administration to take a second look at the Tohono O’odham Nation off-reservation site. The bureau placed the 54 acres near Glendale, Ariz., in trust for the tribe.

“This was not the intent of IGRA,” McKeag said. “It’s a very slippery slope. I understand they are trying to bring economic development, but it’s a disadvantage for the tribes that played by the rules.”

“In California, for example, they are illegal but the state has no money to shut them down,” McKeag said. “They are not regulated and are an opportunity for money laundering. The problem is if they shut them down, they just pop up somewhere else.”

Kirkham expressed frustration that “only big bills” are moving through Congress. He said that will make it especially difficult for any Internet gaming bill to pass in the House and Senate.