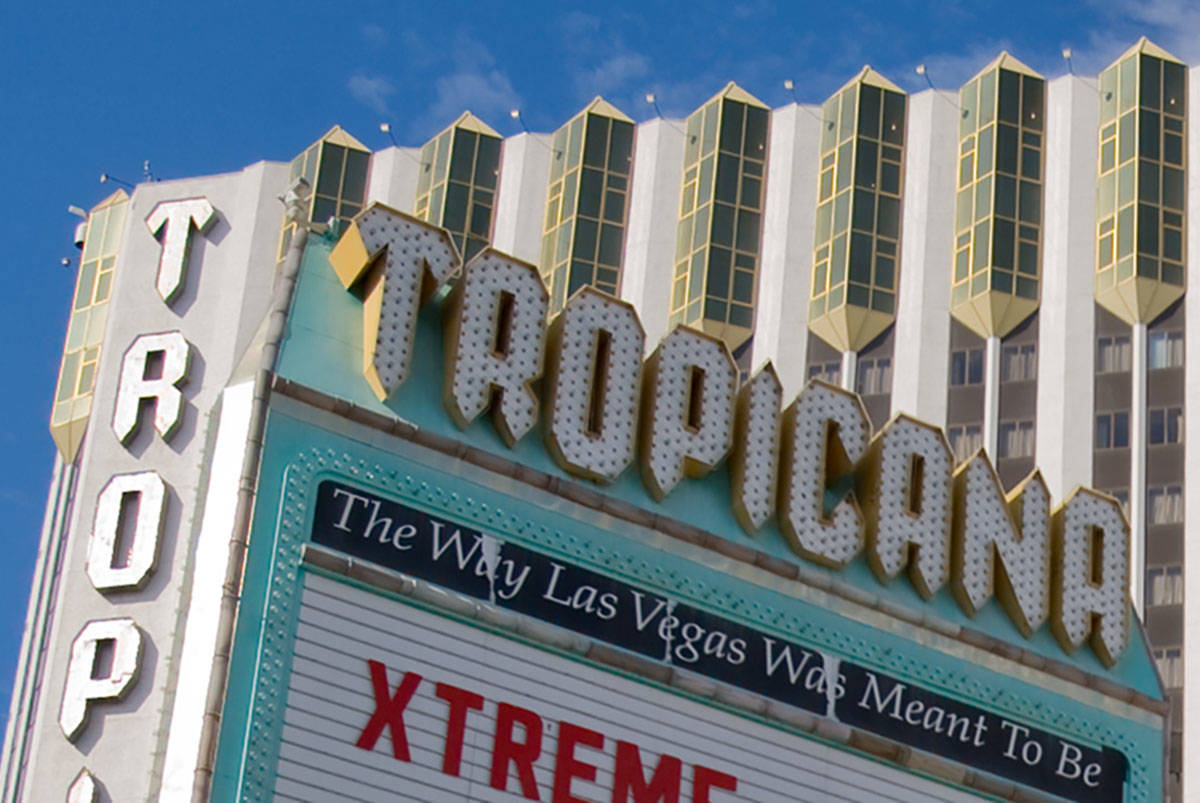 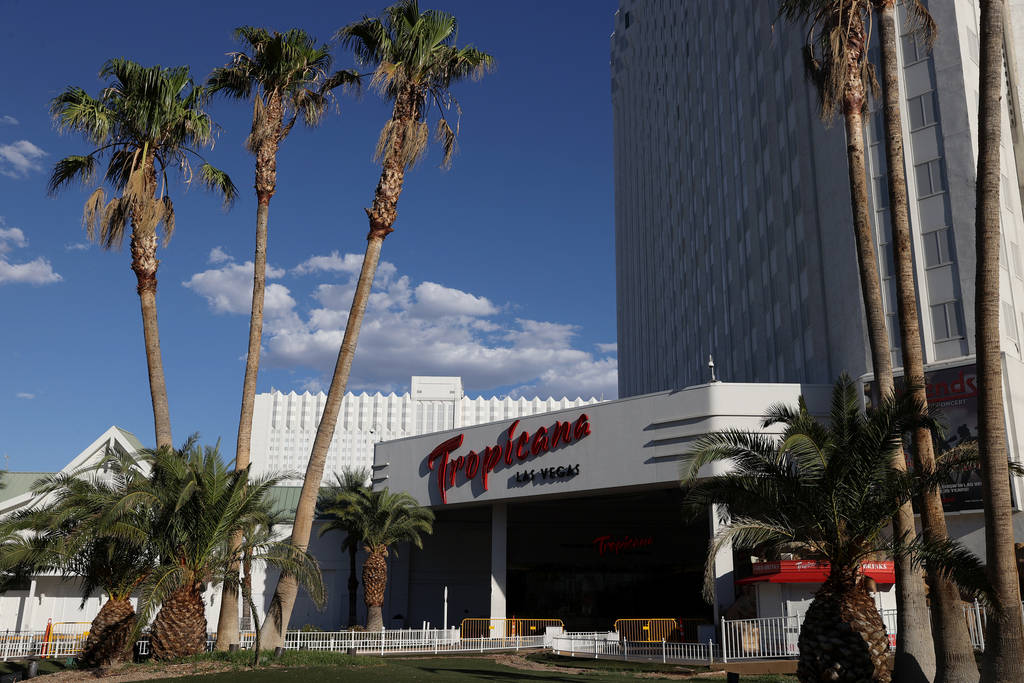 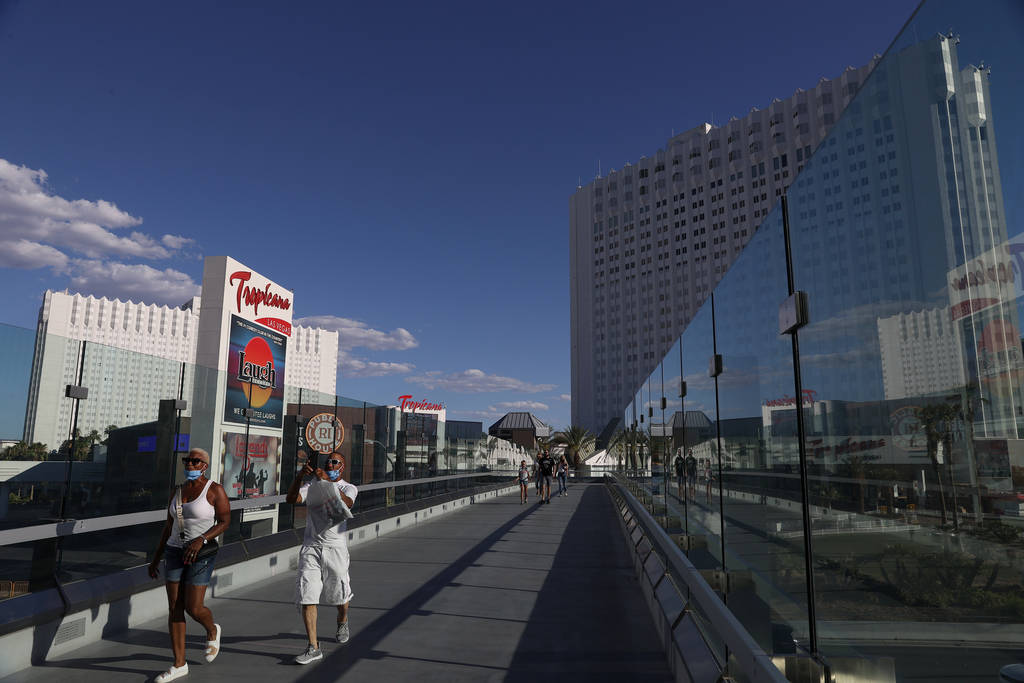 During a Thursday morning earnings call, the head of Penn National Gaming — which operates the Strip property — said the company hopes to reopen the hotel-casino next month but continues to assess metrics such as revenue per available room and average daily room rates in the Las Vegas market.

“There’s a lot of moving parts,” CEO and President Jay Snowden said Thursday. “We’re going to be really thoughtful around when and how we reopen. … As of right now, September feels right, but we have several more weeks to nail down an exact date, and if it’s not right, then we’ll wait a little bit longer to reopen.”

Last month, the hotel-casino announced an opening date of Sept. 1 on its website. It is one of only two Penn properties that have yet to reopen, the other being Zia Park in New Mexico.

The Tropicana is up for sale but isn’t expected to change hands anytime soon.

When it does reopen, there’s a possibility it will be operating with a much smaller workforce. In July, Penn National issued a notice to the state saying it could lay off 620 employees at the Tropicana. A similar notice was issued for 352 employees at the M Resort, Penn National’s other Southern Nevada property.

The letters fulfill a legal obligation and do not necessarily mean those staff members will be let go.

In March, the company said it would furlough 26,000 employees nationwide. Penn announced Thursday that it would extend medical and pharmacy benefits to all furloughed workers through the end of August. More than $1.7 million has gone toward the company’s COVID-19 Emergency Relief Fund, with more than 1,000 employees receiving financial assistance to date.

Penn’s customer base today skews younger than pre-pandemic crowds, and many are new — offering the company an opportunity to expand loyalty program members.

Despite lower visitation levels, Snowden said spend per visit is up 45 percent, resulting in better-than-expected revenue for the quarter. He believes federal assistance with unemployment benefits has been a tailwind, in addition to limited entertainment options outside of casinos.

“Movie theaters aren’t open, and sporting events are with no crowds, and there’s no concerts. People are looking for things to do, and that’s part of why spend per visit and time per visit has been so strong,” he said. “As people get out of house and they’re in a safe environment, and they can do something fun, they’re spending more time and more money.”

The company reported $305 million in revenue for the second quarter, down 77 percent from the year prior. Net loss was $214.4 million.

“We believe the company is uniquely well positioned to benefit from the recent strength in regional gaming markets,” he said in a Thursday report, noting the company had properties in 19 states with no more than 15 percent of its revenue coming from one state. “Additionally, we do not expect the momentum behind the broader US sports betting growth theme to dissipate anytime soon.”

The company is working to integrate a variety of new technology amid the pandemic. The Pennsylvania-based operator is introducing cashless, cardless and contactless technology in casinos in several jurisdictions.

“It’s a customer expectation. Particularly with the younger customers we’re seeing,” Snowden said. “There’s an expectation that you don’t have to go to an ATM, touch a bunch of numbers that you might not want to be touching, and cash out, pay a fee, get your own cash out, go to a table. … It’s just not how Gen Xers, Millennials, Gen Z (do things), it’s just very foreign.”

In addition to new contactless technology, Snowden said many of the structural changes the company has made in the age of COVID-19 have improved margins and will carry forward. Buffet offerings, promotional credits, marketing, advertising and promotional spending were some examples.

“This is a once-in-a-career opportunity for companies to really challenge and question everything they’ve historically done and figure out, what’s the best model going forward,” he said. “We’ve white-boarded everything. I think our competitors are going through a similar exercise. … We’re extremely excited for the future, and believe all the seeds we’ve planted throughout 2020 will provide a strong foundation for new growth.”

Penn National shares closed up 14.25 percent Thursday, trading at $43.86 on the Nasdaq.