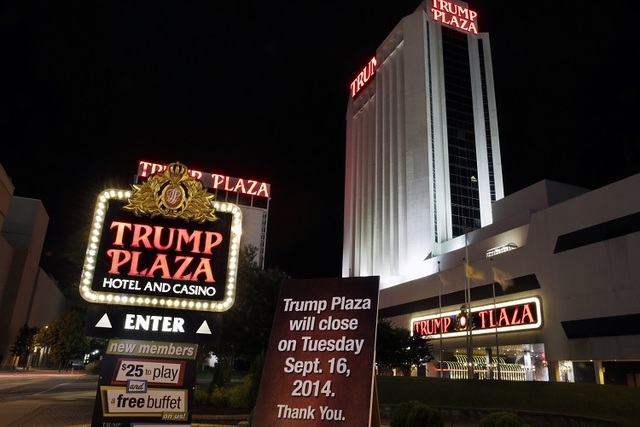 Ultimate Gaming, one of just two companies operating in both the Nevada and New Jersey Internet wagering markets, said Friday it was ending its agreement with the Trump Taj Mahal in Atlantic City after less than a year.

The Las Vegas-based company, which is majority owned by Station Casinos, said in a statement that its contract with the financially troubled Boardwalk hotel-casino was being “terminated due to multiple breaches by Trump Taj Mahal Associates.”

Station Casinos Chief Financial Officer Marc Falcone told The Associated Press the company hadn’t yet determined when it will cease its New Jersey operations. He said that decision should be made fairly quickly. Ultimate Gaming is not accepting any new deposits, effective immediately.

“We wish things would have turned out differently for us,” Falcone said. “Unfortunately, as they say in poker, we were not dealt a good hand.”

The ownership of the Trump Taj Mahal filed for Chapter 11 bankruptcy reorganization Sept. 9 and threatened to close the 2,250-room hotel-casino in November unless it received concessions from labor unions and creditors.

In the Bankruptcy Court filing in Delaware, Fertitta Acquisitions Co., a company associated with Station Casinos, is listed as a creditor and is owed almost $1.5 million by the Trump Taj Mahal.

“We are working closely with the Division of Gaming Enforcement to ensure a smooth transition for our online gaming customers as we wind down our New Jersey operations,” Ultimate Gaming Chairman Tom Breitling said.

Ultimate Gaming, which launched in New Jersey in November, didn’t find much success in the market with the Trump Taj Mahal.

Through August, the casino’s online gaming revenue was $4.9 million for 2014, the lowest total of the six New Jersey online gaming websites, according to state regulators.

Borgata, which is operated by Boyd Gaming Corp., and Caesars Interactive, which includes a World Series of Poker-branded website, control more than 65 percent of the market, which totaled $83.7 million in gaming revenue through the year’s first eight months.

Ultimate Poker launched in Nevada in April 2013 and is one of three Nevada sites that offer poker-only wagering. The sites collected a combined $950,000 in gaming revenue in July after cracking the $1 million mark in June.

Breitling said Ultimate Gaming customers in New Jersey who are seeking information concerning their accounts can visit www.ucasino.com or www.ultimatepoker.com to find answers.

Breitling said Ultimate Poker in Nevada plans to “enhance” the customer experience by adding formats for wagering on Macintosh computers and mobile devices by year’s end.