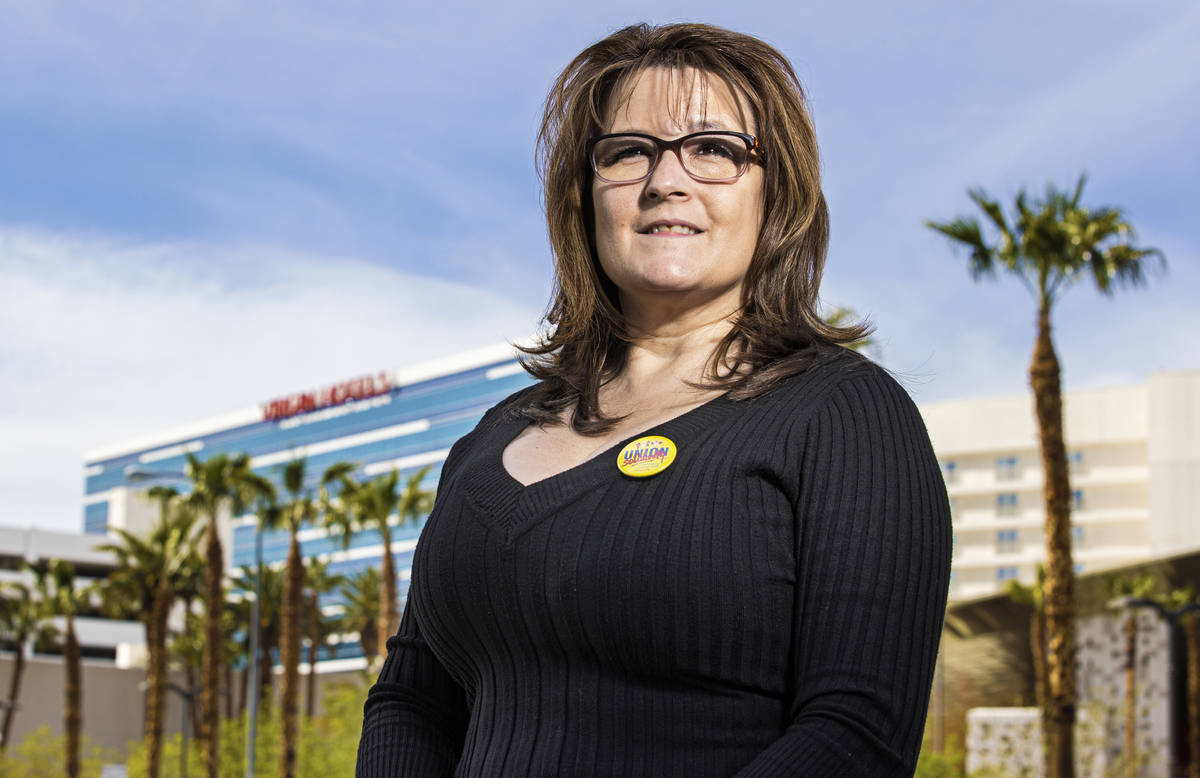 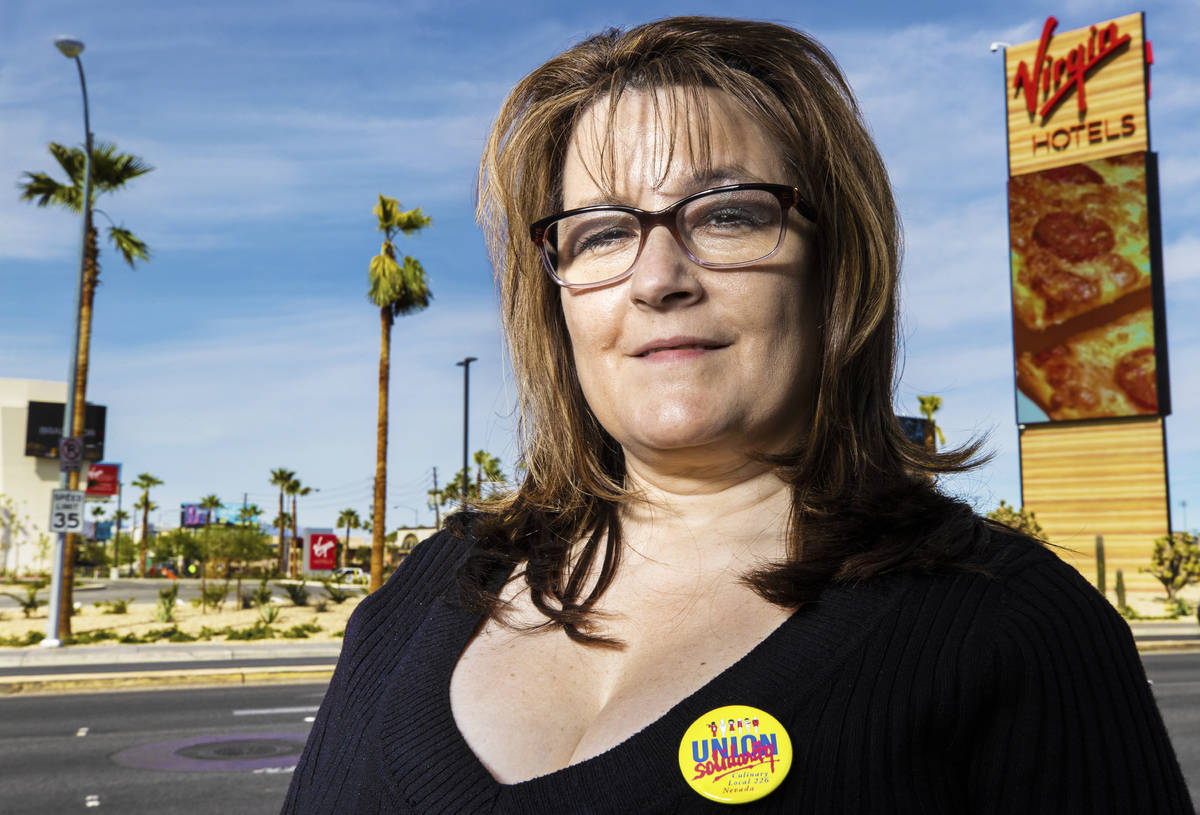 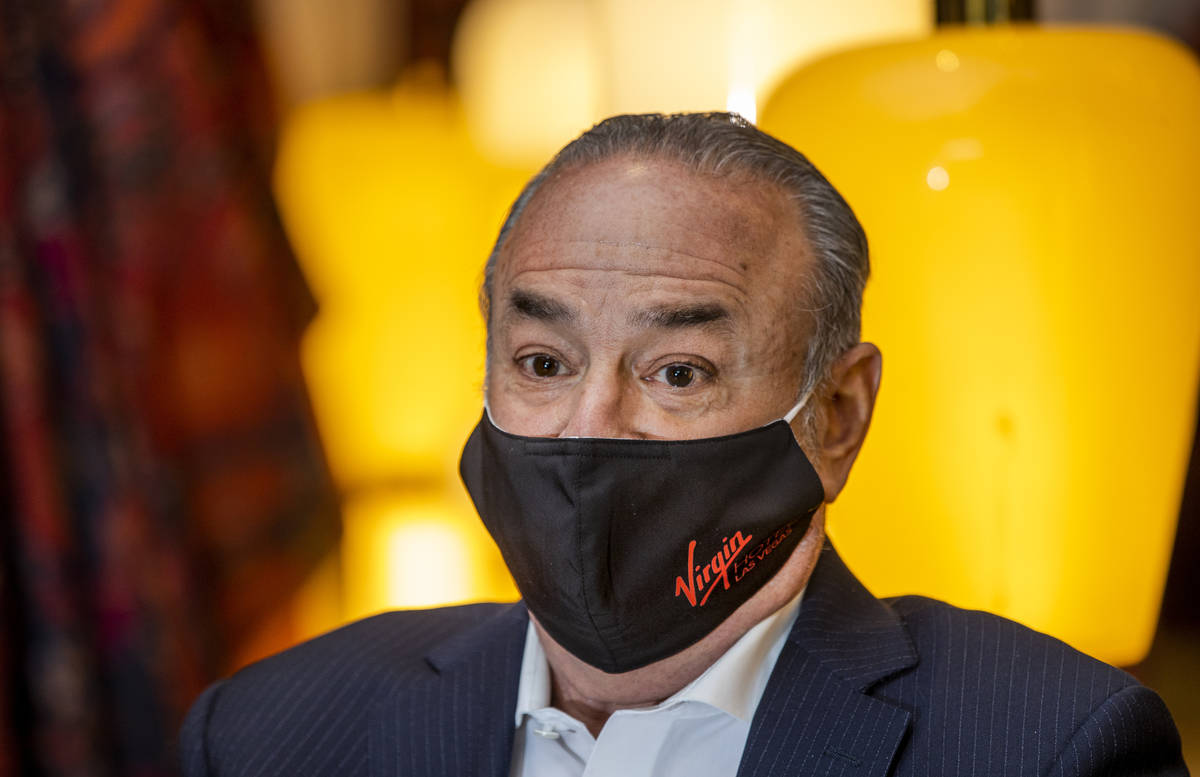 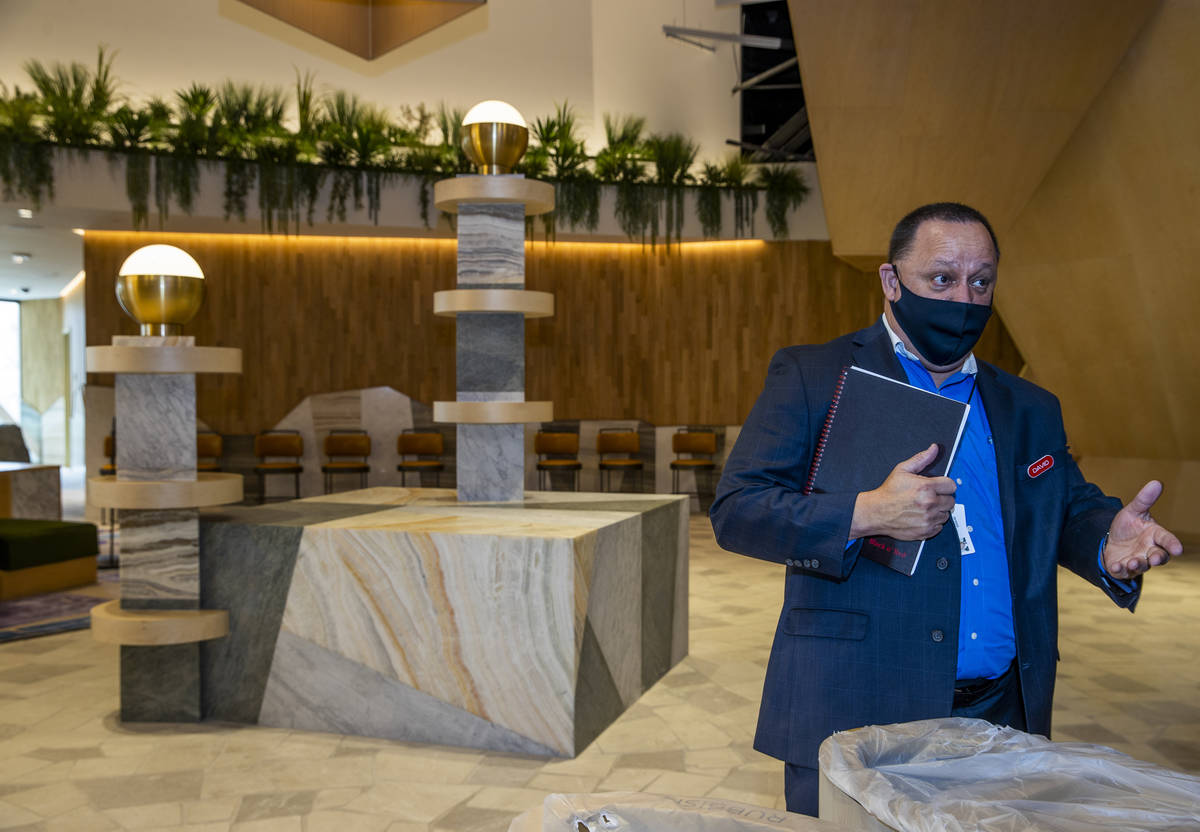 Guests entering Virgin Hotels Las Vegas for the first time may note the swanky decor, desert theme and the absence of guitars as marking what has changed from the former Hard Rock Hotel.

Some may also notice what hasn’t changed, like a familiar face greeting them in the lobby or serving them a cocktail. That face might well belong to cocktail waitress Marci Soulia.

That’s because Soulia is one of the former Hard Rock employees who took advantage of Virgin’s Stick Around and Come Back program that allowed those employees to do just that.

Just days before the Virgin hotel’s opening, Soulia said she is filled with “nervous excitement” to get back to work after a year off.

“I’ve worked hard over the last 25, going into 26, years, and it means a lot to me,” Soulia said about having her job back. “I think that I’ve earned it, and I’m just grateful for everything.”

She is one of more than 1,600 employees working this week as the Virgin Hotels Las Vegas opens its doors Thursday. Like Soulia, many are previous employees returning to the Paradise Road property after the Hard Rock shut down to make way for the new hotel-casino.

Richard “Boz” Bosworth, president and CEO of the resort’s ownership group, said last week that the integrated resort recalled previous employees at Hard Rock for a guaranteed first crack at their old jobs back through the Stick Around and Come Back program — no interview required.

An additional 400 employees will come aboard as COVID-19 restrictions ease, visitation improves and guests can enjoy the property’s swimming pool and “swim club environment,” he said.

“We gave them a retention bonus, we paid them out all their personal time-off, and they were able to collect unemployment,” Bosworth told the Review-Journal, describing the program. “Our team members were ahead of the curve as it relates to organizing their lives and having plenty of notification that they were going to be out of work for a period of time, and they were able to get into the unemployment system way before the onslaught that occurred.”

Anecdotally, however, a hotel executive noted high enthusiasm for a return, calling preparations for opening night a “homecoming week” for returning employees getting to see old friends in their new setting.

“People were dying to come back,” said David Givens, managing director and vice president of hotel operations. “Everybody was like, ‘OK, we’ve had enough off time. We want to get back to work.’ And it’s gone very smooth.”

‘Very clever right from the start’

Hard Rock employees knew well in advance they would be out of a job for at least eight months.

The resort told Hard Rock employees in August 2019 to stick around through its Feb. 3, 2020, closure for renovations, in return for a 10-weeks-pay, lump-sum retention bonus. Employees could then return to their jobs when the resort reopened.

The program demonstrated employee loyalty and was “very clever right from the start,” according to Alan Feldman, who is a distinguished fellow for responsible gaming at UNLV’s International Gaming Institute.

It’s hard to compete for talent, he said, even for a unique brand like Virgin. Letting employees come back to their old jobs helps them maintain seniority and the property strengthen its institutional knowledge.

“Now here we are, a year later, more, and the world has changed,” Feldman said, “and that program is now, if anything, worth more to the employees than it was at the time that was first announced.”

The pandemic arrived a month after the property closed.

The new ownership showed strong value for and communication with its employees, relatively unusual for a sale transition, Feldman said.

“It’s very easy for companies to say, ‘Oh, our employees are our most important asset.’ But then when when times get tough, the employees are usually the first ones to bear the brunt of it. And here’s a circumstance where they can legitimately point to and say, ‘You were actually among the first people we thought of,’” Feldman said.

Employees sometimes get lost in the shuffle of excitement surrounding a new property, said David Schwartz, associate vice provost for faculty affairs at UNLV and a gaming historian with its libraries.

People were upset at the significant job losses that accompanied old casino closures in the 1990s, he said. Those employees weren’t always guaranteed a job when the new resort opened, “which might be two or three years later. So yeah, I mean, I think this is definitely a bit of a change.”

Though new ownership didn’t continually pay its employees during their months without a job, the program incentivized workers to stay and showed commitment to the workers, Schwartz said.

“While they might not have had money coming in, they at least had a guarantee of a job in the future, which not everyone else did or does,” he said.

Not just a job

Though she has been out of work for 13 months, Soulia considers herself lucky.

The 49-year-old cocktail waitress had her job guarantee. She said she recognize that others in the hospitality industry didn’t necessarily have that luxury.

As they awaited their recall to Virgin Hotels Las Vegas, Soulia and her bartender husband got by on unemployment insurance.

“We just did our best to get by,” Soulia said Tuesday. “Thank God we had health insurance, and now we’re just super excited to get back and get back to doing what we like to do.”

She credited the Culinary union for helping preserve her benefits while she was out of work. A union spokeswoman said the Culinary and Bartenders unions represent 800 workers at Virgin Hotels Las Vegas, and they negotiated with new ownership so members and their families had health insurance benefits during the entire closure.

Each of the 800 union members received a recall, Culinary Local 226 spokeswoman Bethany Khan said, adding, “We won’t know the exact number of working members until the property is open.”

Soulia said Hard Rock was a “special property in its time,” and she will cherish the great memories and friendships from her Hard Rock days. Soulia met her husband at Hard Rock. They’re each a “day-oner” — employees since it opened a quarter-century ago.

“We had a blast while we were at work,” Soulia said. “I mean, it wasn’t just a job, it was something that we looked forward to doing every day.”

The Virgin hotel holds similar promise, according to Soulia.

From the moment guests walk into the Virgin hotel, they will recognize they’re in a special place, Soulia said. But she won’t share details — visitors will have to come see it for themselves.