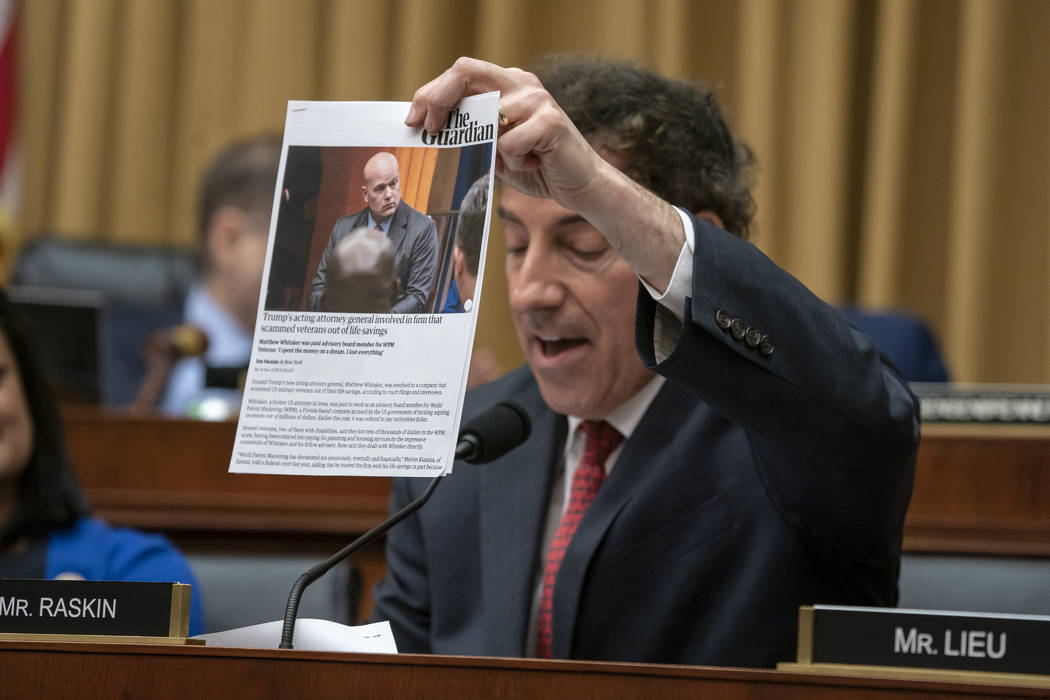 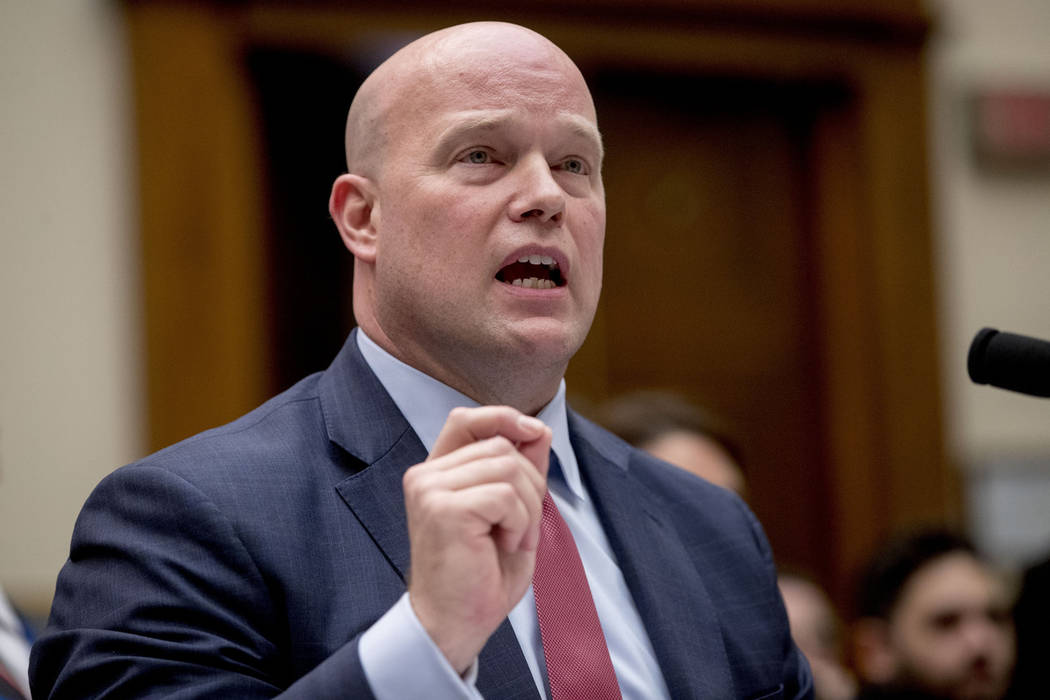 Testifying before the House Judiciary Committee in Washington, D.C., Whitaker said he and former Attorney General Jeff Sessions had recused themselves from any involvement regarding the Wire Act review process.

Whitaker also responded to questioning by Rep. Jamie Raskin, D-Md., who expressed concern the decision-making process had been “corrupted” by Las Vegas Sands Corp. Chairman and CEO Sheldon Adelson, whose company has contributed to a coalition that has lobbied lawmakers and the Justice Department about the law.

“Your inferences on how that process was corrupted or corrupt is absolutely wrong,” Whitaker said. “And the premise of your question I reject.”

In a three-page letter to Whitaker and other Justice Department officials, Grewal and Shapiro said the new interpretation of the Wire Act threatens jobs and state tax revenues generated by lottery sales and other internet gambling activity.

“This about-face is wrong and raises significant concerns in our states,” the Feb. 5 letter from Grewal and Shapiro said. “We ask that DOJ withdraw its opinion altogether or assure us that DOJ will not bring any enforcement actions against companies and individuals engaged in online gaming in our states — where it is appropriate under state law.”

Grewal also filed a Freedom of Information Act request on behalf of New Jersey seeking information on any communications involving Adelson, his lobbyists, the White House, and the Justice Department regarding the relevant federal law and online gaming.

Grewal’s office did not return a request for comment.

Adelson, a longtime supporter of many political campaigns and causes, has opposed internet gambling.

The coalition believes internet gambling targets the vulnerable and is not secure. However, gaming regulators have used technology to prevent play by minors and to determine the location of a player as well as to enforce laws against money laundering.

The coalition lists 67 supporters on its website, including Reno’s Bonanza Casino and Monarch Casino & Resorts, but not Las Vegas Sands.

Asked why Adelson or Las Vegas Sands aren’t listed among supporters, a coalition spokesperson told the Review-Journal in a statement: “Our coalition includes a broad array of industry, community and family groups and it’s our policy to respect the privacy of each.”

The coalition says internet gambling crosses the line of responsible gaming by targeting the young, the poor and the elderly where they live. Casino companies also have programs to prevent problem gambling.

The 23-page Department of Justice opinion dated Nov. 2 reversed some of the stances the department made in 2011 under the Obama administration. In a follow-up memorandum, the department indicated it would give states 90 days to come into compliance with the new rules.

In 2011, the Justice Department interpreted the law to ban sports betting, but enabled interstate poker play and lottery sales. The new interpretation bans all forms of interstate betting, including sports wagering, and also includes other gambling-related interstate communications.

When the new opinion was issued, gaming industry analysts predicted that it would eventually be challenged in court. The letter from the two attorneys general appears to be the first sign that could happen.

“This letter from the attorneys general of New Jersey and Pennsylvania is a clear indication that the recent DOJ opinion on the federal Wire Act will not go unchallenged,” UNLV law professor Anthony Cabot, an expert on internet gambling, said in an email.

It’s unclear whether the Nevada attorney general’s office would become a part of any legal fight involving the Wire Act. An office representative said the office did not have a comment.