If you are having problems accessing today’s e-Edition, please click on this link VIEW E-EDITION
By Todd Prince Las Vegas Review-Journal
July 13, 2017 - 2:20 pm 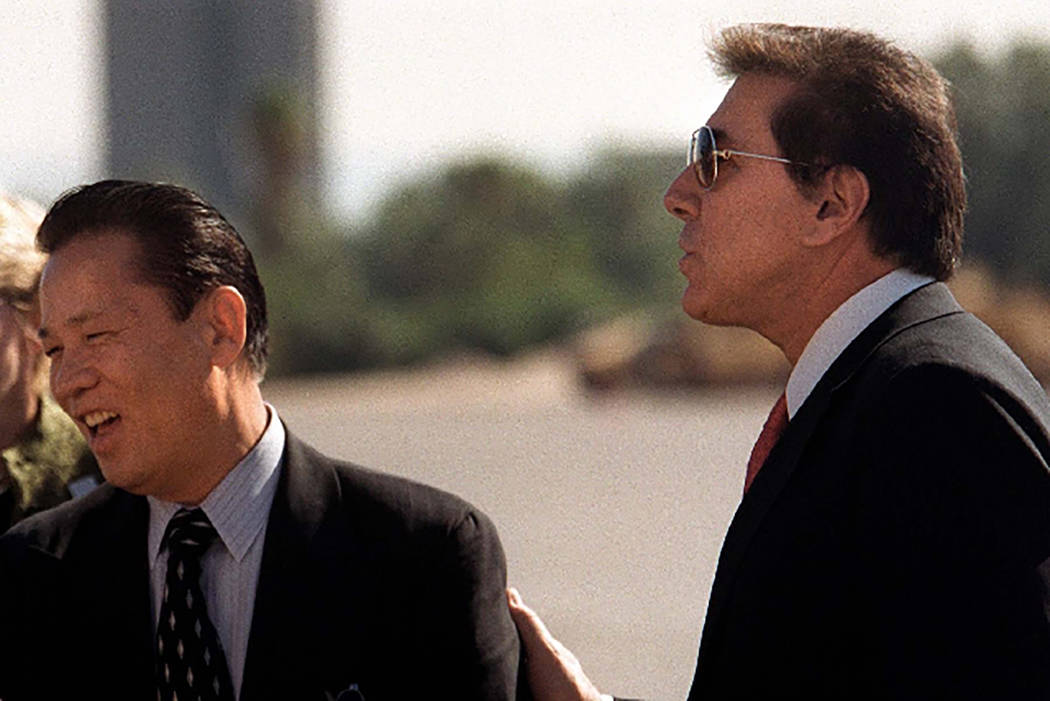 Steve Wynn’s fight with Japanese businessman Kazuo Okada may not only cost him steep legal fees.

It could hamper the Las Vegas billionaire’s chances to win a major casino license on the Asian island nation, according to research firm Morningstar.

Wynn is vying against local competitors Las Vegas Sands and MGM Resorts International for what is expected to be two Japanese urban gaming licenses. Those licenses may be auctioned off by the end of 2019. With more than $20 billion in gaming and nongaming revenue up for grabs, the jockeying for the first two positions will be fierce.

Japanese government officials will award the licenses based on a number of factors, including a casino operator’s history of working with partners, convention footprint and financial health, Morningstar wrote following meetings with 25 professionals involved in the process.

Wynn ousted Okada as vice chairman of Wynn Resorts in 2012 and redeemed his stake in the Las Vegas-based casino operator amid accusations the Japanese businessman bribed Philippine officials to win a license. Okada has denied the accusations and countersued Wynn. Their fight is still ongoing.

The Okada saga may not be Wynn’s only hill to overcome in winning the license. Wynn Resorts has a smaller meetings, incentives, conventions and exhibitions (MICE) presence than its peers. Wynn operates about 400,000 square feet of meeting and convention space globally while Sands has more than 5 million and MGM more than 3 million.

“While Wynn Resorts has a successful track record of constructing and operating luxury resorts, its involvement with bribery litigation, along with its weaker MICE (Meetings, Incentives, Conventions and Exhibitions) and balance sheet position relative to MGM and Sands, leads us to believe that the company is unlikely to receive one of the two urban gaming concessions in Osaka and Yokohama.”

”We don’t believe that will be a factor at all,” said Weaver.

Sands and MGM have the best chance among international operators because of their significant MICE exposure and experience operating in heavily regulated gaming in markets like Las Vegas and Singapore, a model for the Japanese government, according to the research firm. Only Sands has a resort in Singapore.

Las Vegas operators are not united on whether the second bill, known as the Implementation Act, will be approved before the end of the year.

The second bill will stipulate key aspects of the new industry, such as the total number of licenses to be awarded, resort locations, gambling tax regime and level of foreign participation.

Getting the addiction legislation cleared up this year ”would be a good sign of progress,” said MGM Executive Vice President Alan Feldman.

Morningstar anticipates four licenses will be awarded, including two major cities and two regional locations. Global industry players, including Las Vegas-based operators, may only vie for the urban licenses.

Osaka, located 300 miles southwest of Tokyo, will likely be chosen by the government because a full-scale resort could help turn around its struggling economy, the brokerage said. Yokohama will likely win due to its close proximity to Tokyo.

Tokyo is facing spiraling construction costs as it prepares for the 2020 Summer Olympics, lowering its chances of being chosen, Morningstar wrote.

Investment in the urban resorts could reach $10.5 billion each, according to Morningstar. That would be more than double the $4.2 billion for The Cosmopolitan of Las Vegas, the most expensive resort ever built in Las Vegas. Sand’s Marina Bay in Singapore opened in 2010 at a cost of $6 billion.

MGM’s Feldman said $10 billion is a reasonable estimate for the cost of a full-scale resort in Japan.

However, the Japanese government is highly unlikely to allow foreign companies to develop a full-scale resort on their own. Foreign operators may be limited to a 33 percent stake in a resort consortium, limiting their investment to $3.5 billion, according to Morningstar.

Japanese full-scale resorts could open as early as 2024 and generate as much as $21 billion in gaming revenue, according to Morningstar. That would make it the second-largest gaming market in the world after Macau, which is on track to generate $30 billion in revenue this year.