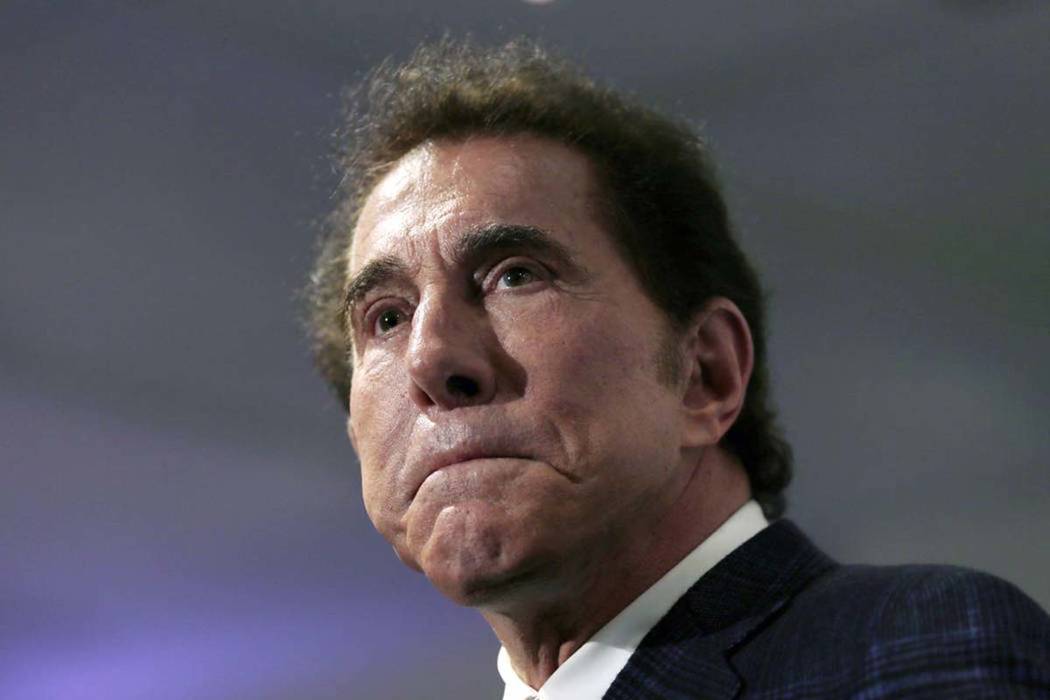 A Wynn Resorts shareholder has filed a lawsuit against founder Steve Wynn and the company’s board of directors for allegedly “disregarding a sustained pattern of sexual harassment and egregious misconduct” by the former chairman and CEO.

In the 42-page shareholder derivative lawsuit, filed late Tuesday in Clark County District Court, the Norfolk County Retirement System of Massachusetts seeks unspecified compensation from the injury and losses as a result of breaches of fiduciary duty, abuses of fiduciary power, sexual harassment and violations of law committed by the company’s founder, according to a news release issued Wednesday morning.

Though he has denied accusations of harassment, Wynn stepped down as CEO and chairman of the company Tuesday, citing “an avalanche of negative publicity.” His departure was announced hours after the suit was filed by the Las Vegas law firm Eglet Prince, along with Chimicles &Tikellis LLP.

The company’s directors, named as defendants in the complaint, have launched an investigation into the allegations. Upon Wynn’s exit, they appointed Matthew Maddox as its new CEO.

A shareholder derivative lawsuit, brought by a shareholder on behalf of a corporation, generally is filed when the corporation has a valid cause of action but has refused to use it, according to the Legal Information Institute at Cornell University. This often happens when the defendant is someone close to the company, like a director or a corporate officer. If the suit is successful, the proceeds go to the corporation, not to the shareholder who brought the suit.

The suit points to recent articles by the Wall Street Journal and Las Vegas Review-Journal, which contained allegations from several women who reported sexual misconduct at the hands of the casino mogul.

“Mr. Wynn’s reported decades of sustained egregious misconduct involving the company in his position and the board’s and general counsel’s intentional disregard of the misconduct, as alleged herein, has caused substantial losses and injury to the company, the value of the business and expansion projects and the continued operation and licensure of the company’s core business,” the suit states.

Nothing that Wynn’s stock in the company was valued at $2.4 billion last month, the suit also referenced a statement from the company’s board: “If we lose the services of Mr. Wynn, or he is unable to devote sufficient attention to our operation for any reason, our business may be significantly impaired.”

Board members also have a history of “acquiescing” to Wynn, and the company has come under fire for its “weak corporate governance and deference” to the founder, the suit said. Among other things, the board approved his use of corporate jets and land deals and agreed to lease Wynn’s personal art for $1 a year, while paying insurance, security and taxes, according to the complaint.

“Allegations of such egregious fiduciary misconduct by the company’s chairman and CEO involving the company could not be ignored without an investigation by fiduciaries acting in good faith based on any proper rational business purpose,” the suit states. “The Wynn board knowingly failed to investigate the credible allegations and continued to support Mr. Wynn’s positions of leadership, compensation and suitability as a gaming operator.”

The suit also alleges that Wynn and the board kept secret a $7.5 million settlement, paid to a former employee through a shell company Wynn had established, “and failed to act and continued to support and recommend to the stockholders Mr. Wynn’s continued leadership and compensation.”

Wynn and the board continued to conceal the alleged misconduct, even as the board approved licensing applications, it said.