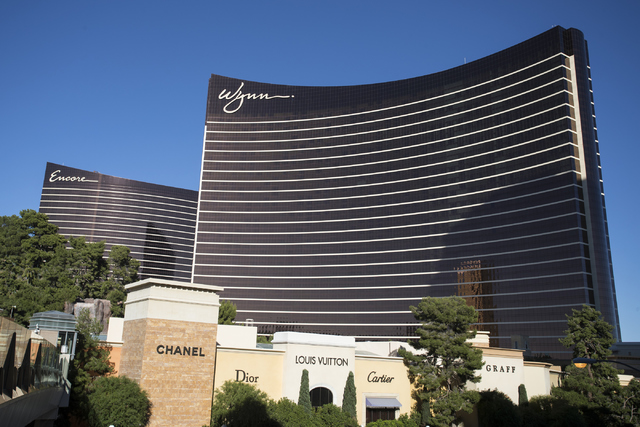 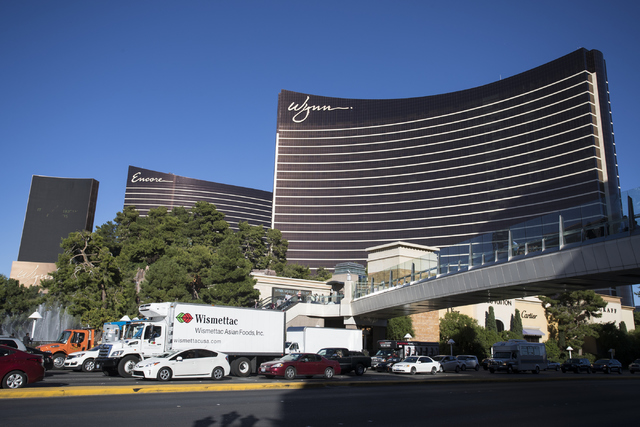 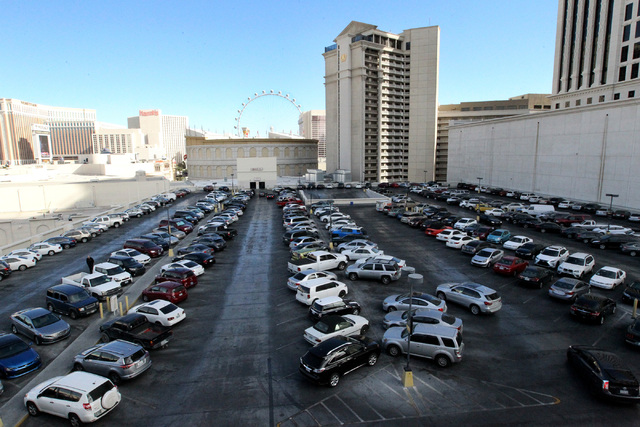 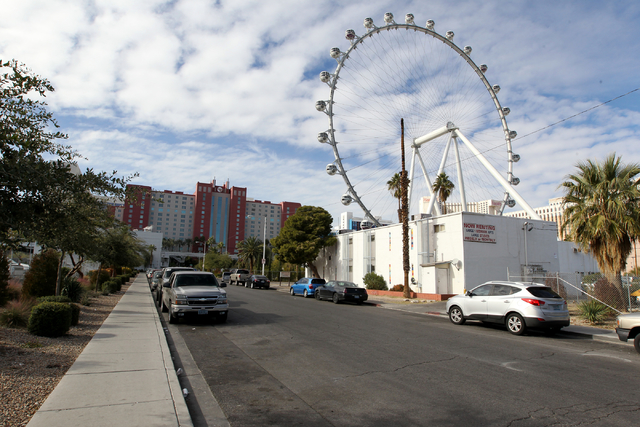 Free street parking on Albert Avenue adjacent to The Linq in Las Vegas on Wednesday, Nov. 30, 2016. Caesars Entertainment Corp. announced Tuesday it will begin phasing in a paid parking initiative at its eight Strip casinos starting with The Linq and Harrahs. (K.M. Cannon/Las Vegas Review-Journal) @KMCannonPhoto 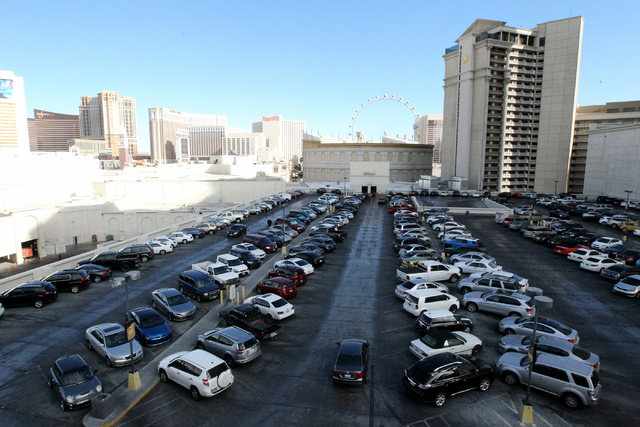 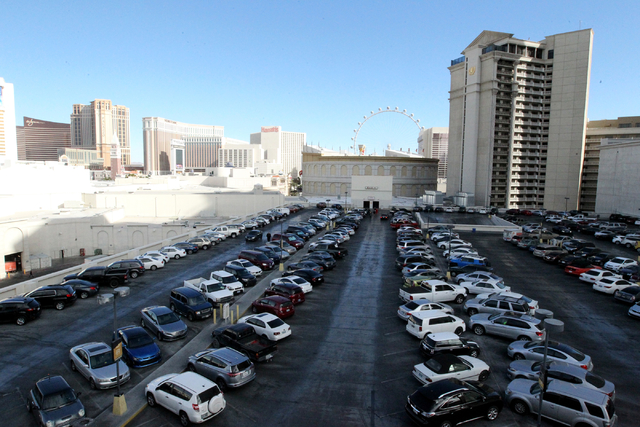 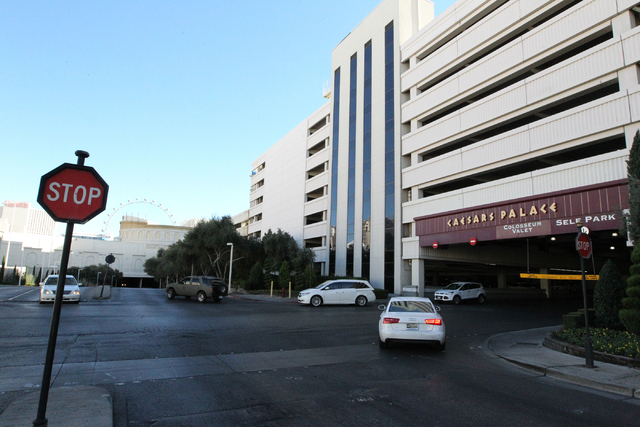 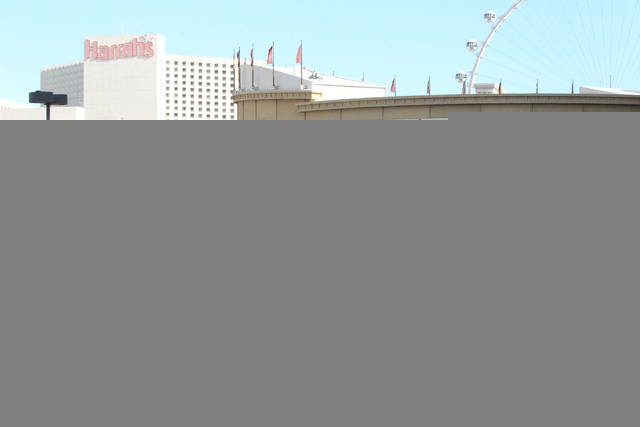 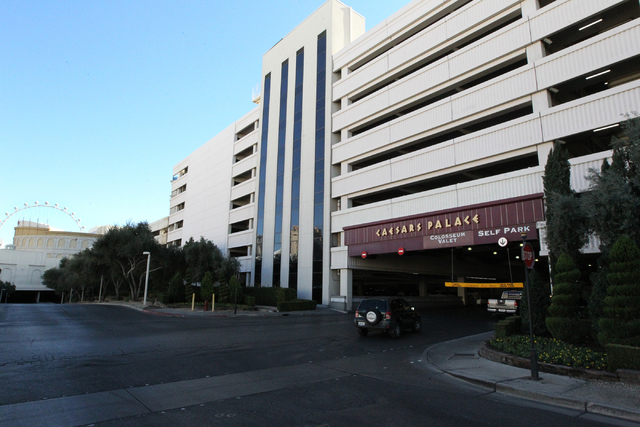 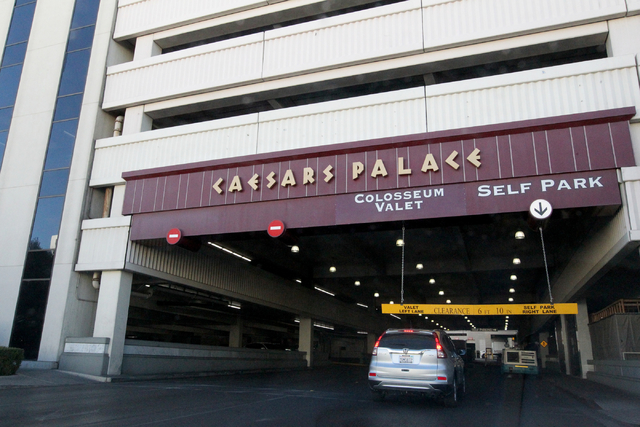 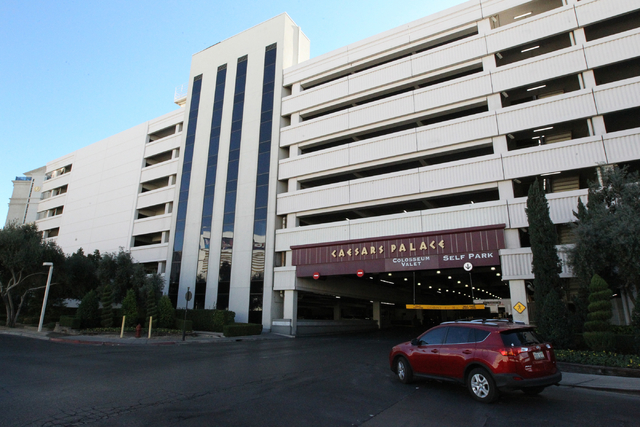 Wynn Resorts Ltd. will join the ranks of Strip resorts that will charge guests to valet park beginning in mid-December, a company spokesman said Wednesday.

The Wynn statement comes a day after Caesars Entertainment Corp. made a surprise announcement late Tuesday that it will launch an initiative for paid valet and self-parking at eight of its nine Las Vegas properties.

Wynn will begin charging for valet services at the Wynn Las Vegas and Encore properties, according to company spokesman Michael Weaver.

“Guests may use the complimentary self-park garages located at Wynn and Encore,” Weaver said in a statement. “Self-parking remains free of charge at this time.”

The company did not clarify whether free self-parking would be permanent or re-evaluated at a later date.

Wynn becomes the third company with properties on the Strip to charge customers to park. MGM Resorts International started the pay-to-park trend earlier this year when it began charging at all its Strip properties except Circus Circus.

“Las Vegas Sands has no plans to charge for parking at our Las Vegas properties,” said Ron Reese, a spokesman for the company that operates The Venetian and the Palazzo on the Strip.

Companies that dominate the locals markets also have no plans for paid parking.

“We continue to offer free parking to our guests,” said Lori Nelson, a spokeswoman for Station Casinos.

For Boyd Gaming Corp., another dominant player in the locals market, the story is nearly the same.

“Currently we have no plans to charge for parking at our locals properties, The Orleans, Gold Coast, Suncoast, Sam’s Town, Eldorado, Jokers Wild and Aliante,” said David Strow, a Boyd spokesman.

But he added that the company’s downtown properties — the California Hotel and Main Street Station — have charged for parking for years, just like every other downtown property.

“Paid parking has been pretty much universal at downtown properties for some time,” he said.

Parking at Boyd’s downtown properties is $3 Sunday through Thursday and $5 Friday and Saturday.

Representatives of MGM had no comment on their competitors joining them in charging for parking.

Rich Broome, executive vice president of communications and public relations for Caesars Entertainment, said the company has been planning details of its parking initiative for nearly two years and decided to announce its implementation Tuesday after telling its valet parking attendants about it.

“We had received complaints from some of our Total Rewards customers that they couldn’t find anyplace to park,” Broome said. “Anecdotally, we determined that there were a number of people parking their cars at our properties and then leaving immediately, which is why we decided to go forward.”

The company will begin charging for valet parking later this month and begin installing equipment to implement charging for self-parking with completion by the middle of 2017.

He also said the company would install payment kiosks and, eventually, scanners and gates for self-park locations.

He said local residents would be able to park for free for an undetermined amount of time once implementation has occurred.

“We’ve set no deadline on that and no process to re-evaluate that decision,” Broome said.

MGM has a system in place that enables a motorist to scan the back of a driver’s license for data that proves the holder is a Nevada resident. Broome said he envisions the Caesars system to operate in a similar way.

Total Rewards members at the Platinum, Diamond and Seven Stars levels will be able to park free in valet or self-parking.

While the company has some revenue and spending projections for the parking initiative it isn’t making them public.

Broome said revenue generated by parking fees would be invested in LED parking guidance systems technology at various garages within the Caesars system. Details of which garages would be upgraded first and when haven’t been determined, he said.

When Caesars implements fees for valet parking, rates will vary among properties.

At the company’s top-end properties — Caesars Palace, Bally’s, Paris Las Vegas, Planet Hollywood Resort and The Cromwell — the valet charge will be $13 for up to four hours, $18 for four to 24 hours and $18 for every additional day or fraction of a day.

At the Flamingo, Harrah’s and The Linq Hotel, the valet charge will be $8 for up to four hours, $13 for four to 24 hours and $13 for every additional day or fraction of a day.

All valet charges are expected to be implemented by March.

There won’t be any valet parking charge at the off-Strip Rio.