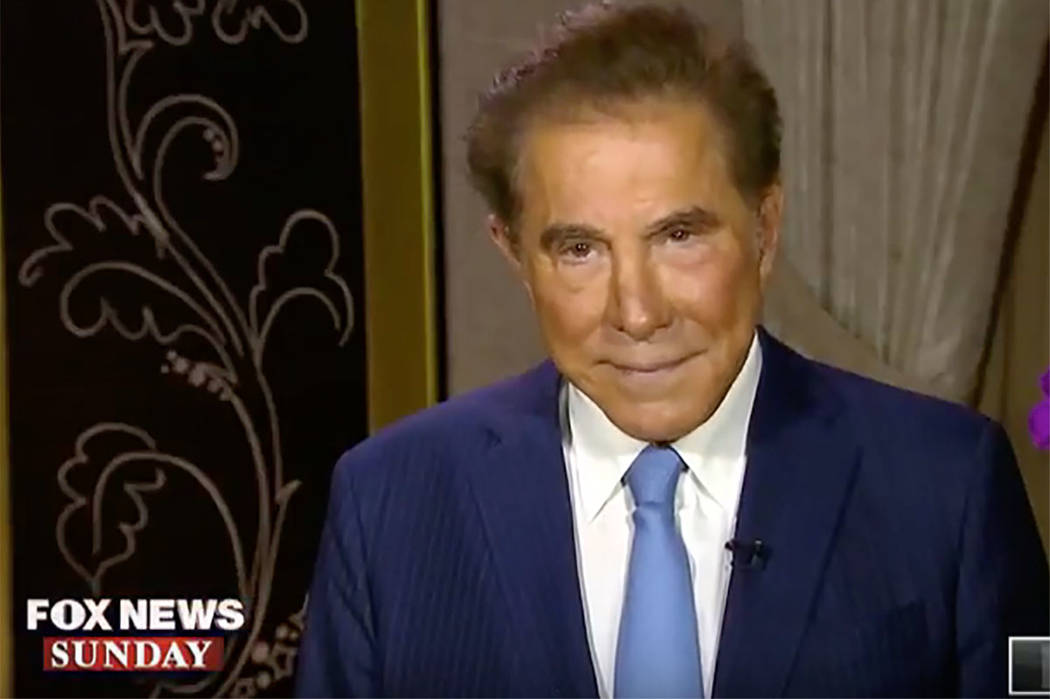 Wynn Resorts Ltd. has a policy of checking on hotel guests who don’t leave their rooms and ask not to be disturbed for more than 12 consecutive hours, Steve Wynn said in a Sunday broadcast interview.

The Wynn’s “do not disturb” policy may or may not have prevented Mandalay Bay officials from discovering what was happening in gunman Stephen Paddock’s suite in the hours leading up to Oct. 1’s shooting rampage that killed 58 people who were attending a nearby concert.

Wynn, the chairman and CEO of Wynn Resorts, also said Paddock’s actions were “stunning” and “unexpected,” according to the Wynn employees who got to know him.

“This sounds like someone totally demented, which he never evidenced, or someone who’s sending a message,” Wynn said in an interview with Chris Wallace that aired on “Fox News Sunday.”

“We don’t know what that message is, or if there is one, but this behavior, according to my employees, is as stunning, as unexpected as any of them have ever (seen from anyone they had) met.”

Wynn was the first Las Vegas casino executive to publicly discuss security and hotel policies in the wake of the tragedy.

The Las Vegas Review-Journal tried to contact other executives for reaction, but were unsuccessful in reaching them Sunday.

When asked whether Paddock had been a customer of Las Vegas-based Boyd Gaming Corp.’s casinos, spokesman David Strow said “that is information we would only be comfortable disclosing to law enforcement as part of their investigation.”

“As far as security — we have robust security in place, but are reviewing and heightening security measures as necessary,” Strow said.

The Cosmopolitan of Las Vegas CEO Bill McBeath was traveling and could not be reached for comment, press spokeswoman Stephanie Capellas said. McBeath previously worked for MGM Resorts International.

Wynn said he began studying how he could make his properties more secure and safer to guests in 2015.

“We had to retrain the entire workforce from housekeeping and room service and people in the tower and observing people,” Wynn said in the interview. “We had to cover every exit and every aspect of the building to see if we could identify and pre-empt any kind of terroristic or violent action. It’s never perfect, of course. But what you can do, to use local vernacular, you can change the odds, I guess.”

Wynn explained how the “do not disturb” policy works and how anyone found with a gun is told to leave the property.

“We certainly wouldn’t invade the privacy of a guest in a room,” Wynn said. “But let’s put it this way: The scenario that we’re aware of would have indicated that he didn’t let anyone in the room for two or three days. That would have triggered a whole bunch of alarms here and we would have, on behalf of the guest of course, investigated for safety and it would have been a provocative situation.”

Keeping guns out of the building

Wynn said MGM is conscientious about protecting its employees and guests and he believes keeping guns out of the building is essential to safety.

“We don’t allow guns in this building unless they’re being carried by our employees and there’s a lot of them. But if anybody’s got a gun — and we find them continually — we eject them from the hotel,” he said.

Wynn said Paddock had “the most vanilla profile one could possibly imagine” and that he was a modest gambler by Wynn Resorts standards. He said Paddock didn’t fit the profile of an addicted compulsive gambler.

Asked by Wallace whether he had a theory about why Paddock did what he did, Wynn said no.