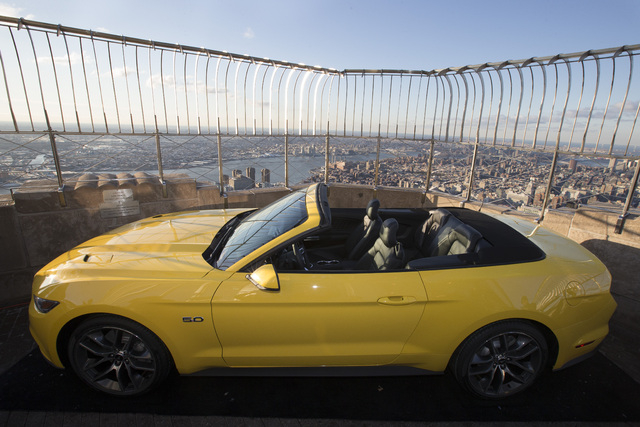 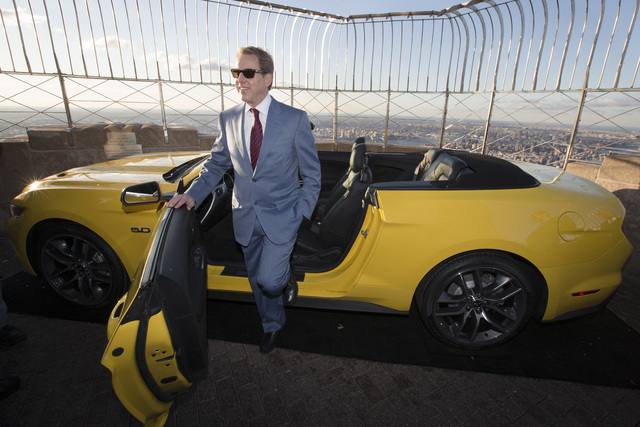 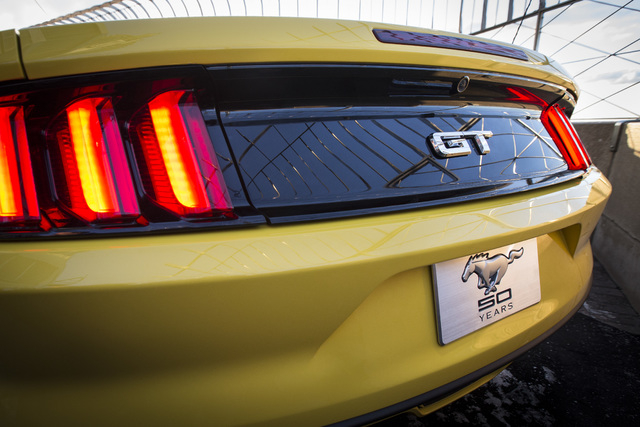 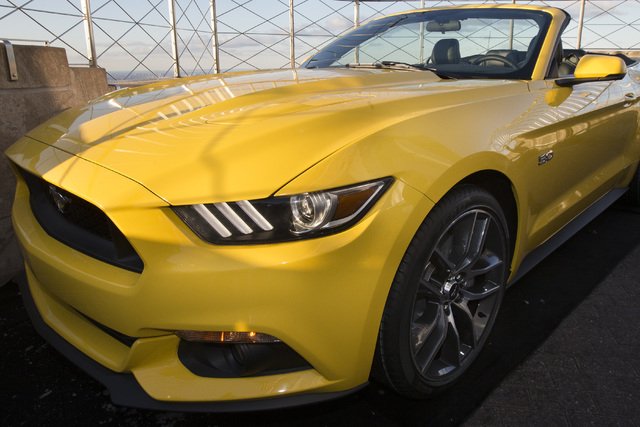 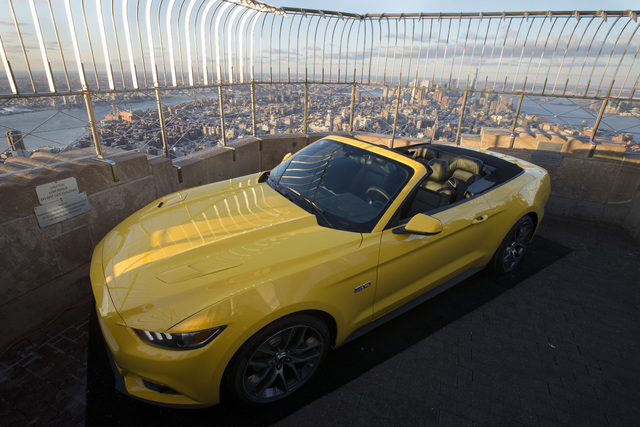 A celebration for the 50th anniversary of the Ford Mustang is being held by the Mustang Club of America at the Las Vegas Motor Speedway Wednesday through Sunday, and Ford is celebrating with a limited-edition model.

Dealerships in the valley are already getting ready for the cars to hit the lots, even though production will not begin until later this year.

A sales manager with Friendly Ford, located at 660 N. Decatur Blvd., said they are taking down people’s contact information to let them know as soon as the vehicles arrive. They have already had a lot of interest, the manager said.

Ford revealed the limited-edition model at the New York International Auto Show on Wednesday. The company will only build 1,964 special cars, honoring the year when the Mustang first went on sale.

The models will come in one of the two colors of Ford’s logo: white or blue. Buyers can choose a manual or automatic transmission.

There are special chrome highlights around the grille, windows and tail lights. The limited-edition models will also be the only 2015 Mustang GT with a faux gas cap badge on the rear, where the original cap sat.

Bill Ford said the company has not decided how to allocate them, or what the price will be. In 1964, the Mustang’s starting price was $2,300.

Earlier Wednesday, Bill Ford appeared with a bright yellow 2015 Mustang convertible on the 86th floor observation deck of the Empire State Building in New York. It is the first time a car has been there since 1965, when Ford put a Mustang convertible there.

The car had to be broken into five pieces for the ride up the building’s elevators and reassembled late at night, when the deck is closed to visitors. It will be on display until Friday.

Pony drives were organized so Mustang owners could drive to events together in large herds.

Track events such as road racing, drag racing and other interactive driving events as well as special dinners and entertainment are set for Friday and Saturday with closing ceremonies Sunday afternoon.

It is too late to register to show a vehicle, but tickets for the events can be bought in person at the speedway all weekend.

The Mustang Club of America points to the car’s success in popular culture as a major factor in the brand’s longevity. They attribute the vehicle with with more than nine million units sold throughout its lifetime and more than 3,000 appearances in film and television. The official Ford Mustang Facebook page has more than 6.3 million likes.

The Associated Press contributed to this report. Contact Wesley Juhl at wjuhl@reviewjournal.com and 702-383-0381. Find him on Twitter: @WesJuhl.