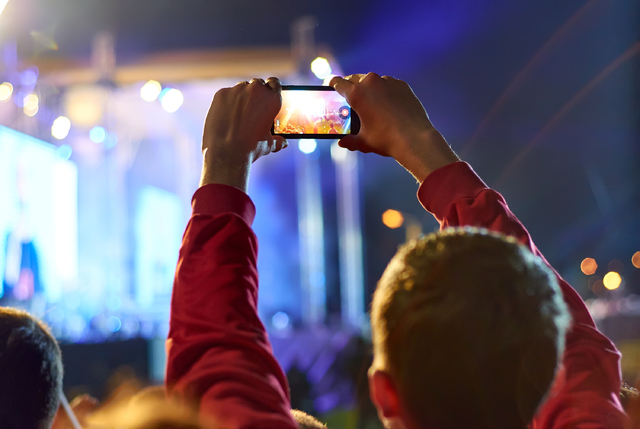 Recording video with smartphone during a concert. (Thinkstock) 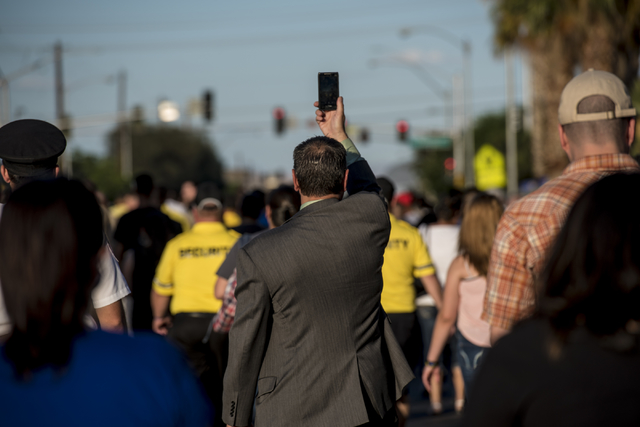 Can you hear me now?

Clark County is exploring how to improve cellphone reception on the Strip.

“At a convention center, when there’s a big show like CES … some of the wireless carriers will bring in a mobile wireless communications system to handle the increased need for data and bandwidth,” said Mike Harwell, the county’s assistant manager of business license operations.

Staff is considering how to assist wireless communications companies place more small cells, low-powered nodes located close to the ground, on and around the Strip to improve coverage and connectivity speed.

Small cells are typically placed on streetlight poles or on specially constructed poles. They have a range of about 1,500 feet, said Sandra Morgan, AT&T’s director of external affairs for Southern Nevada.

“Small cells are used to densify the network by bringing the wireless signal closer to our customers,” Morgan said. “In an urban area with large buildings, there are cell towers responsible for providing you connectivity. However, from where the cell tower is located to your location, there could be a substantial distance that the signal must travel.”

But those poles may not be vacant for much longer, Harwell said. There were 84 requests for new small-cell sites from 2006 through 2015, but last year there were more than 230.

“It just looks like there’s going to be an exponential increase even beyond what we have right now as carriers want more and more coverage,” Harwell said. “It sounds like the 100 (empty poles) will be taken up quite rapidly, so what do we do after that?”

One solution could be increasing the number of poles allowed anywhere in the county, which has been done once in recent years. In 2011, the county raised the limit from 10 to 25 streetlight poles per square mile.

Harwell said the county is also considering placing cell sites on bus stop shelters and casino properties, but those would require striking a deal with the structures’ owners.

Another option is co-location, which would place more than one small-cell site on a single pole , but that may require some existing poles to be swapped with sturdier replacements .

County staffers will meet with a handful of industry representatives to determine their desires, Harwell said. The county may also hire a consultant to provide expertise.

“We’re looking for a solution that balances between the wireless industry’s needs and the county’s desire to maintain an aesthetically pleasing right of way,” Harwell said.