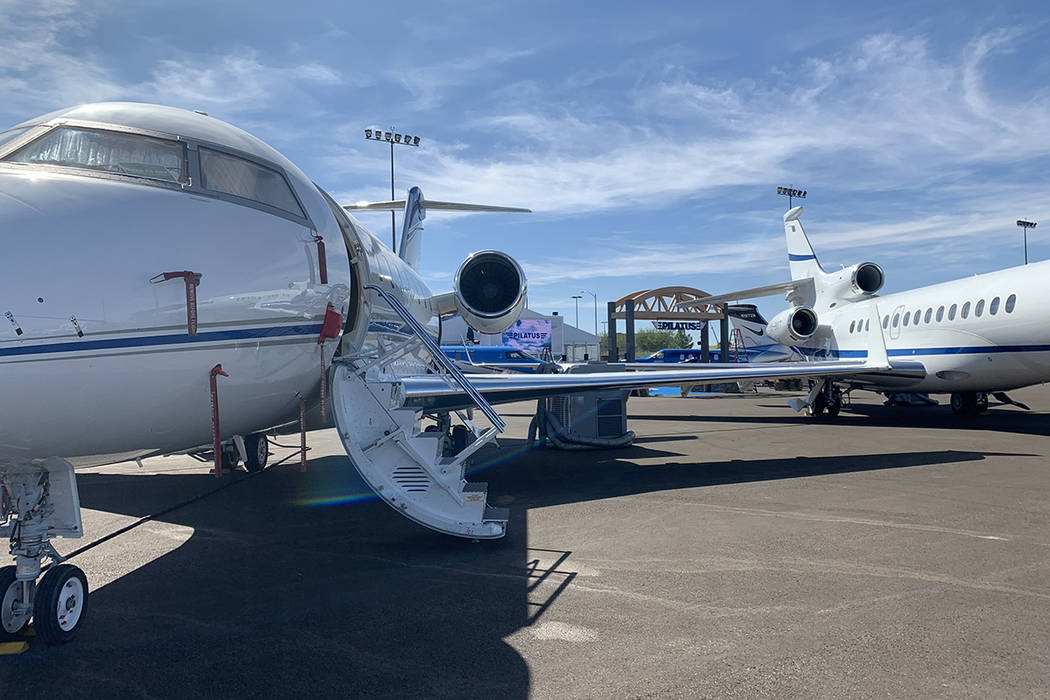 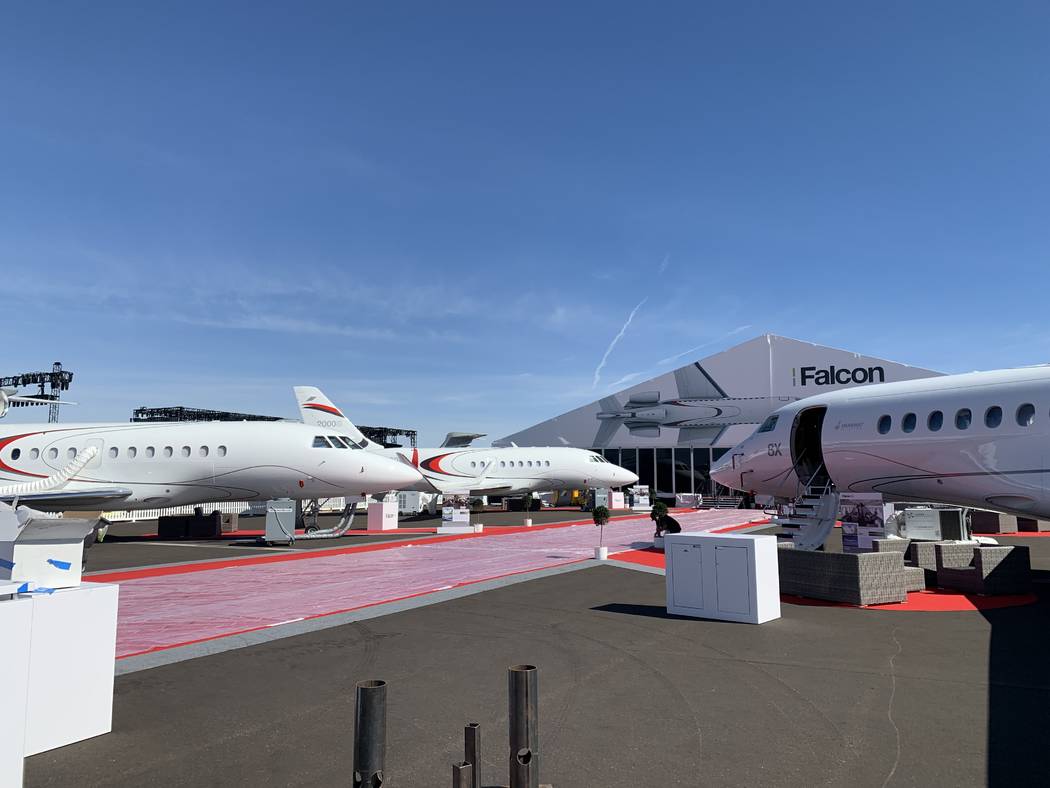 About 100 airplanes will be on display between the two sites, with 83 aircraft at the Henderson airport and 13 at the Convention Center.

An estimated 25,000 attendees are expected to generate an economic impact of $40.5 million, according to the Las Vegas Convention and Visitors Authority. Aside from that direct impact, having the aviation trade show in the city makes sense, as the industry is responsible for transporting many of the attendees to Southern Nevada each year, LVCVA CEO Steve Hill said.

”Travel and tourism is obviously the core economic driver here in Las Vegas and the NBAA represents an important component of that industry,” Hill said.

This week’s show will unveil the latest developments and technology in business aircraft and will put the spotlight on sustainability, with the Henderson airport making Sustainable Aviation Fuel (SAF) available for the first time.

All planes involved with the show this week will be fueled with renewable fuel at the Clark County-owned and operated airport. SAF is a non-fossil power source that can reduce aviation’s carbon life cycle emissions by up to 80 percent.

“It will be a reflection of the state of the art, but we will also have a focus on the future,” NBAA President and CEO Ed Bolen said Monday. “That combines mobility and sustainability. We’re going to be talking and have an enormous focus on sustainable aviation fuel — something that has the potential to reduce our footprint significantly as we go forward.”

After planes refuel and depart at the show’s close on Thursday, an estimated 150,000 gallons of SAF are expected to have been pumped at Henderson airport in conjunction with the convention.

Clark County leaders support efforts to reduce the emissions footprint for business aviation, as it’s an industry that generates millions of dollars in economic output and hundreds of jobs in Nevada.

Clark County Commissioner Michael Naft, who was on hand Monday to present Bolen and the NBAA a proclamation for hosting the show in part at Henderson Executive Airport, is behind the eco-friendly push by the industry.

“We all know that aviation and commercial airports are essential to the travel and tourism industry here in Southern Nevada, but less recognized is the importance of general aviation, particularly business aviation to both our local and national economies,” Naft said. “I look forward to continuing to see how the aviation system here in Clark County can continue to build in these sustainability initiatives. These first steps making Clark County an environmental leader in aviation would not be possible without strong partnerships.”