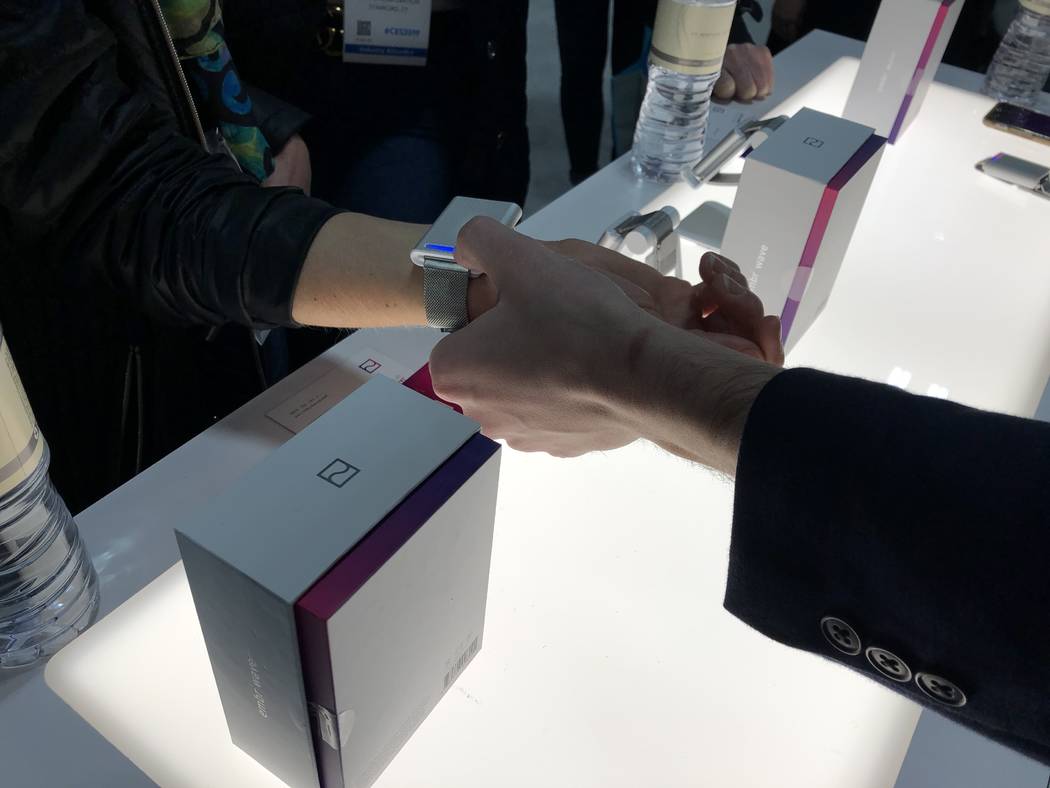 Embr Labs vice president of marketing Jake Abrams fits a CES 2019 attendee with an Embr Wave bracelet. The device makes the wearer feel five degrees warmer or cooler and sells in the U.S. and Canada for $299. (Bailey Schulz/Las Vegas Review-Journal) 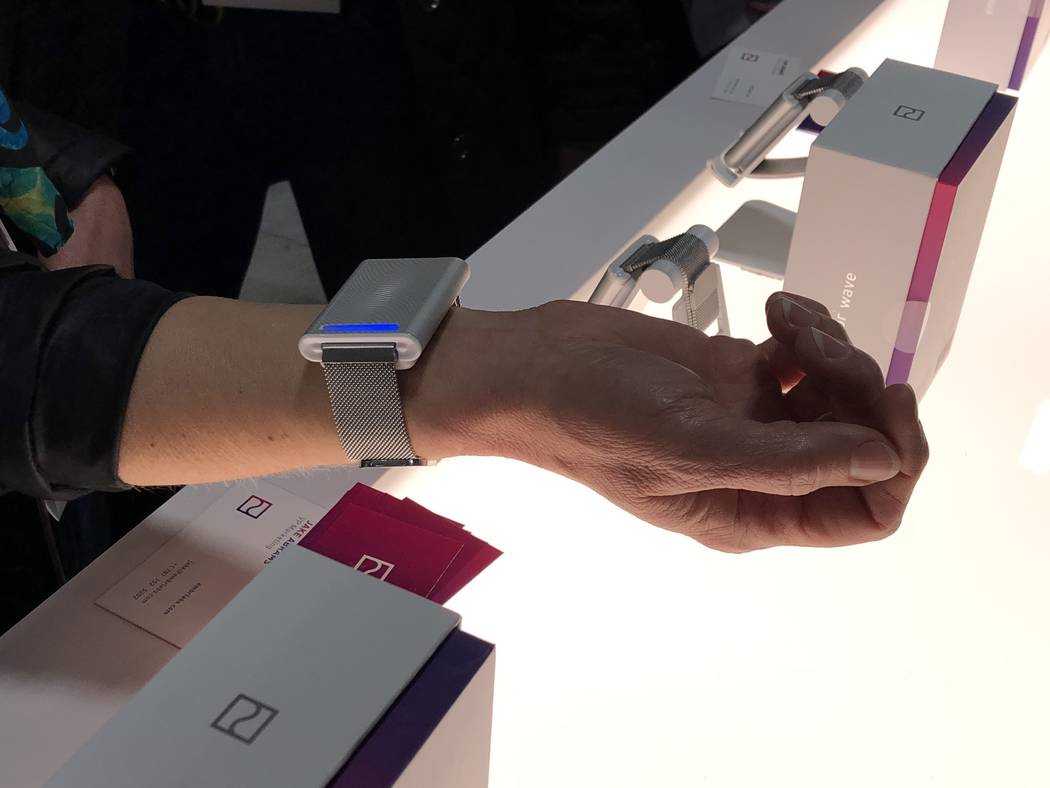 A CES 2019 attendee with an Embr Wave bracelet. The device makes the wearer feel five degrees warmer or cooler and sells in the U.S. and Canada for $299. (Bailey Schulz/Las Vegas Review-Journal) 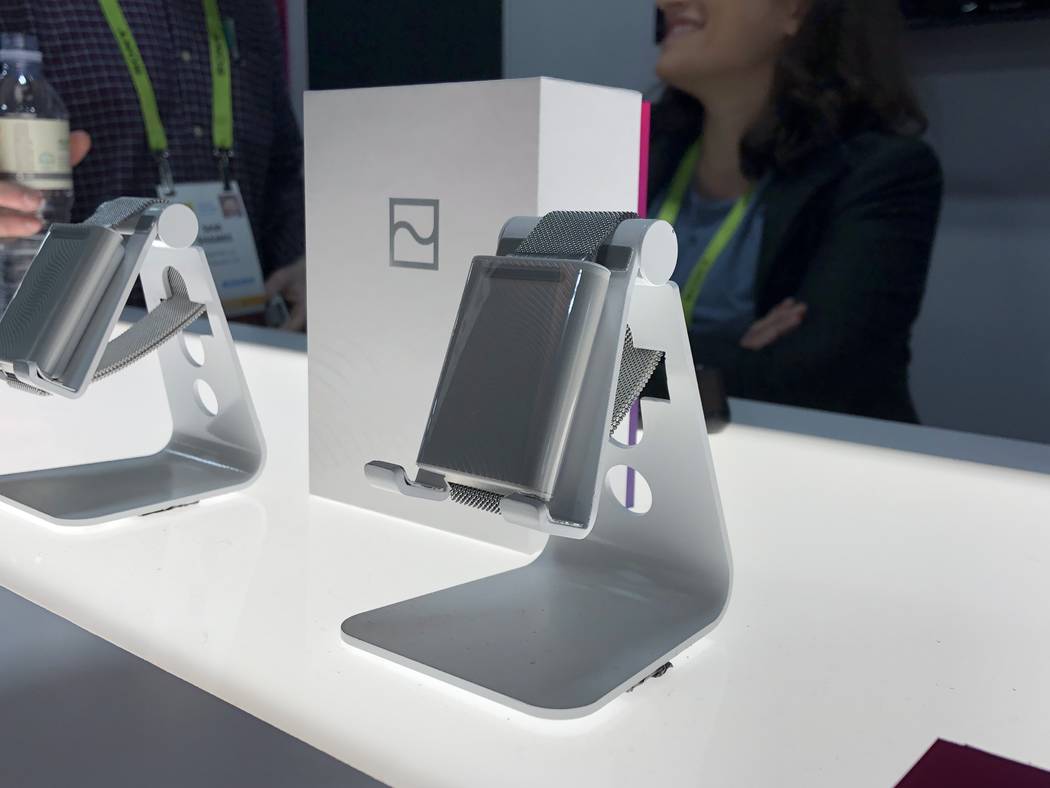 The Embr Wave bracelet on display at CES 2019. The device makes the wearer feel five degrees warmer or cooler and sells in the U.S. and Canada for $299. (Bailey Schulz/Las Vegas Review-Journal) 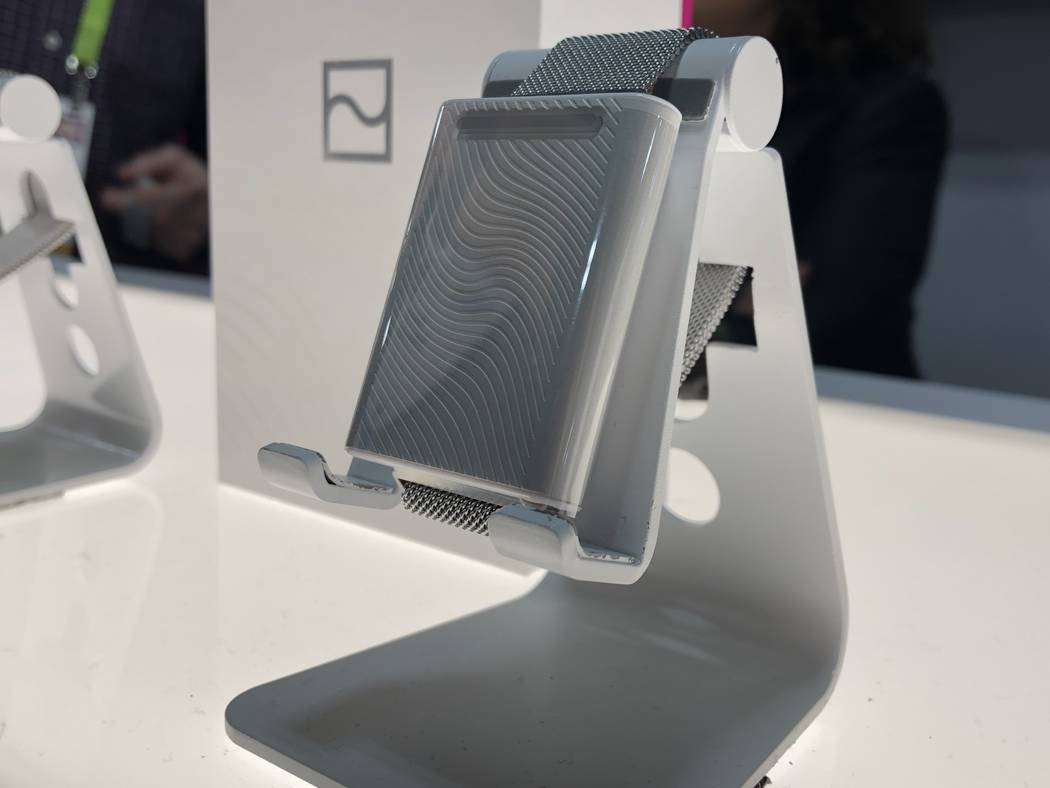 The Embr Wave bracelet on display at CES 2019. The device makes the wearer feel five degrees warmer or cooler and sells in the U.S. and Canada for $299. (Bailey Schulz/Las Vegas Review-Journal)

A bracelet developed by MIT scientists could forever do away with office temperature disputes.

The Embr Wave, a bracelet that cools and warms temperature-sensitive skin on wearers’ wrists to help them feel five degrees cooler or warmer, was on display at the 2019 CES convention. The product sells online in the U.S. and Canada for $299.

Embr Labs co-founder Sam Shames said he first developed the idea with other MIT engineering students for a contest.

“We started getting emails from people all over the world saying, ‘When can I buy this? Temperature’s the biggest problem in my life,’” he said. “(People told us), ‘My office is freezing, my office is too hot, my spouse and I can’t agree about the thermostat, I have a medical condition.’”

The product launched October 2017 on Kickstarter and sold its first 3,000 bracelets in March 2018.

The device uses a solid-state semiconductor material to warm or cool the user’s wrist by delivering pulses of warmth or cold. Shames said these pulses stimulate the thermoreceptors on the wearer’s skin, allowing them to feel warmer or cooler.

“To have a strong effect on how comfortable someone feels, you don’t just give them a constant level of warmth or cold because you acclimate to it,” he said. “It’s really the waves that are the magic and the secret sauce. That’s what we patented. … (It) hacks your body’s temperature response.”

One charge lasts for 30 to 50 cooling or warming sessions, or about three days’ worth of pulses, said Jake Abrams, vice president of marketing for Embr Labs.

Shames said users have used the device to help with sleep or anxiety.

“Customers are using it in new and surprising ways,” he said. “People find the warming can feel very soothing or the cooling can help manage anxiety.”