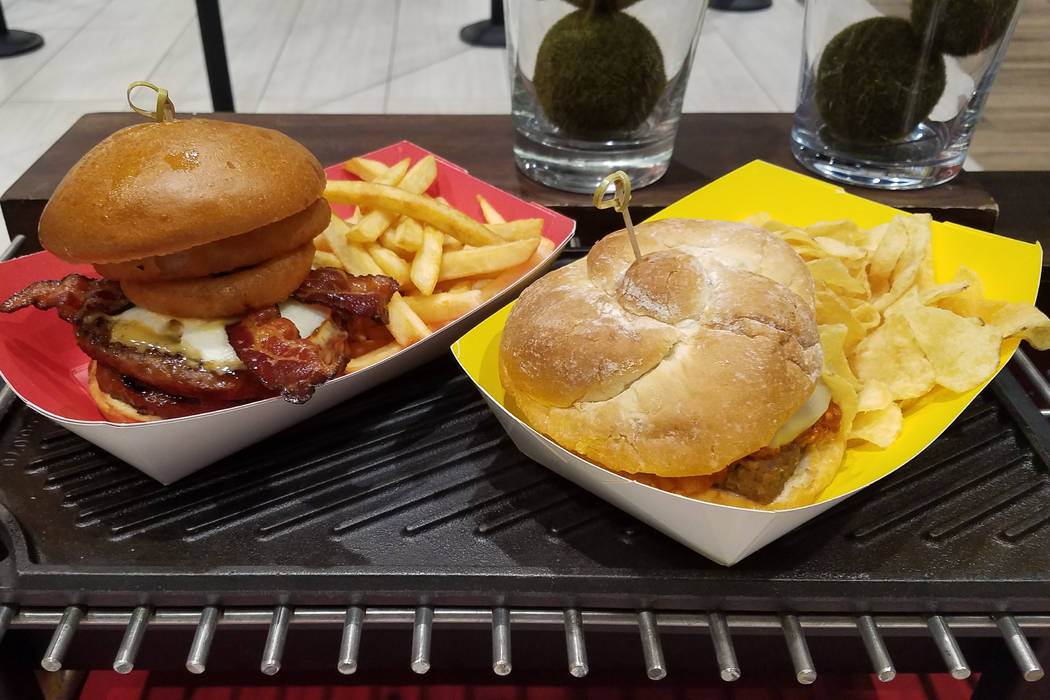 Centerplate’s Bachi Burger is adding the Megabyte Miyagi Burger, which features two beef patties, bacon, cheese and a fried onion on a roll and served with French fries. Another home-cooked newcomer will be a Prima Stampa Meatloaf Stack served with homemade potato chips, shown at Aces at the Las Vegas Convention Center on Dec. 20, 2018. Richard N. Velotta/Las Vegas Review-Journal 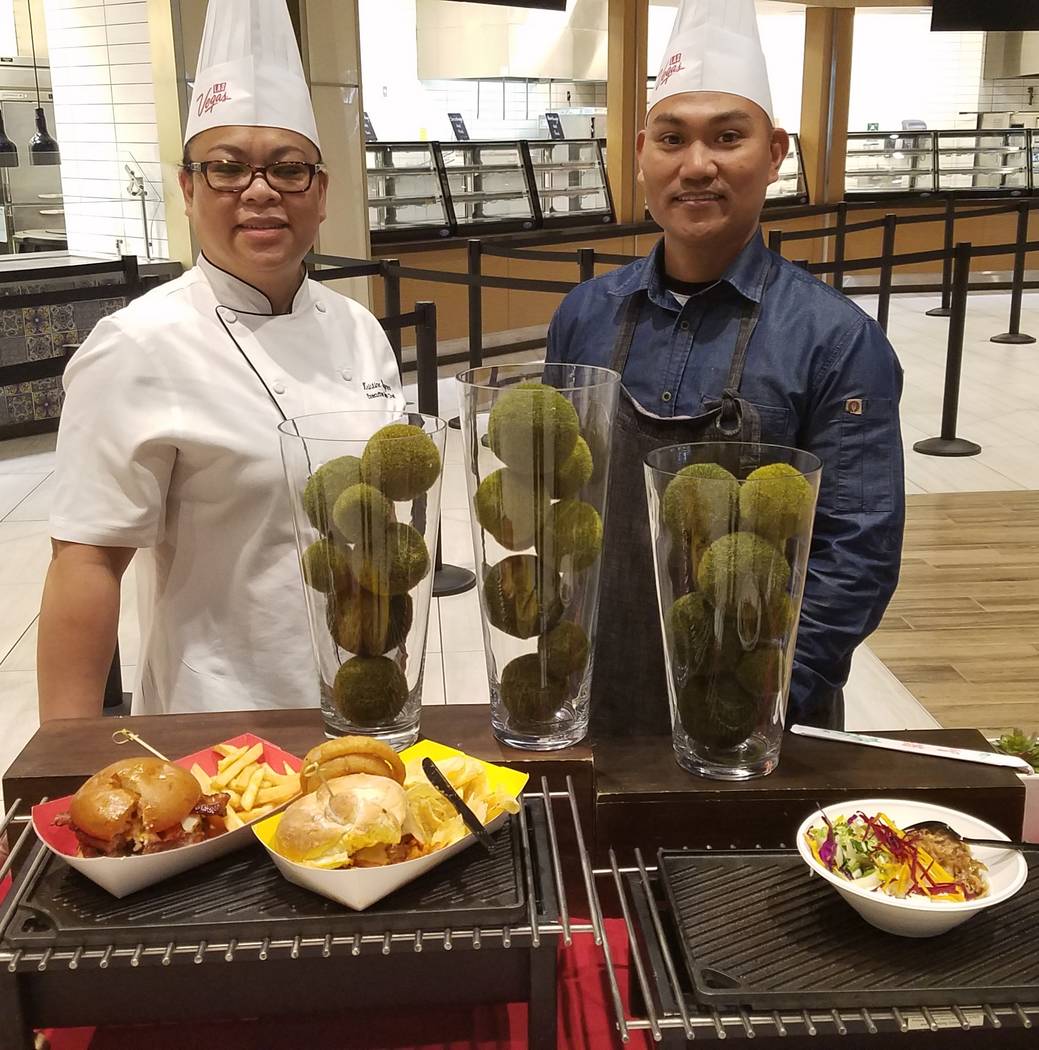 Centerplate executive chef Kristine Raymer and executive sous chef Ronnie Simon show off some of their new menu creations for this year's CES attendees on Dec. 20, 2018, at Aces, one of the Las Vegas Convention Center food outlets operated by the company. Richard N. Velotta/Las Vegas Review-Journal

Centerplate — the food-service contractor at the Las Vegas Convention Center — is rolling out out a new plan to feed the masses for CES.

For the first time in Las Vegas, Centerplate will deliver hot food on demand to CES booths so that exhibitors can maximize their sales time and won’t have to face crowds in lines at convention center food outlets.

“Catering to Go,” as Centerplate is calling it, is an innovation conceived by the company and will result in the hiring of dozens of temporary workers to serve as delivery runners for what annually is Las Vegas’ largest trade show by visitor volume, said Francisco “Paco” Gomez, general manager of Centerplate.

“It’s a pretty big task,” added Kristine Raymer, Centerplate’s recently promoted executive chef. “We’ve had food that’s staged out that we managed for our clients for catering. But this is the first time we’ve actually activated something for last-minute orders on demand.”

For Raymer, the challenge is the juggling of pre-ordered catered food while managing the massive crowds anticipated at Lucky’s and Aces, the two food outlets Centerplate revamped when it took over the food-service contract at the convention center two years ago.

Centerplate is no stranger to having to deliver big for CES. When the company took over convention center food service on Jan. 1, 2017, from Aramark Sports and Entertainment Services LLC, which had held the contract for 44 years, CES was the first show it had to accommodate.

Raymer said pre-ordered catering of booths has been a success for the company — but sometimes exhibitors underestimate their food needs or miss ordering cut-off dates and in other instances, ordering food to the booth is an afterthought as exhibitors deal with the logistics of building displays for the more than 170,000 conventioneers expected to attend the four-day event that officially begins Tuesday.

The hot-food option Centerplate will experiment with will be pizza, prepared in the Lucky’s and Aces kitchens through its Atomic Pizza outlets. The Catering to Go menu also will include pastries, bagels, fruit, beverages, and snack items that will include cookies and brownies.

Because Catering to Go is a new enterprise, Raymer and Gomez have no idea how popular it’s going to be.

“It could be none or it could be thousands of orders,” Raymer said.

Raymer said the company normally hires 30 support workers each for Lucky’s and Aces, not including runners and cashiers, for large trade shows. For this year’s CES, the company will add 20 additional workers at each location to help accommodate additional food orders and delivery to the 3 million square feet of exhibit space. On-demand orders will be coordinated based on the proximity of booth to the kitchen.

Raymer said the key to the plan’s success will be getting the word out to delegates. She said the company tried to roll out a similar plan at last year’s Specialty Equipment Market Association show in November, but it failed because not enough people knew about it.

For CES, Centerplate plans an advertising campaign and will encourage orders by waiving the delivery charge it normally asks.

Gomez said unveiling the delivery option was made possible by the strong support of the Culinary union, which supplies the labor for convention center food service.

While the union also benefits through Centerplate offering additional jobs, Gomez said the relationship the union has with the company is the best he’s ever experienced as a contractor. 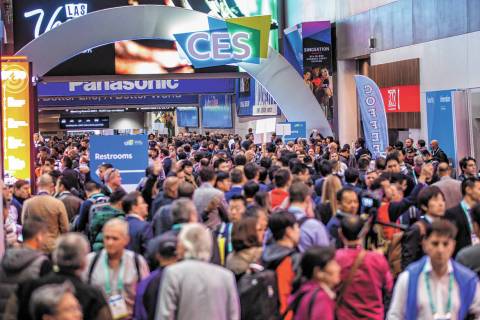