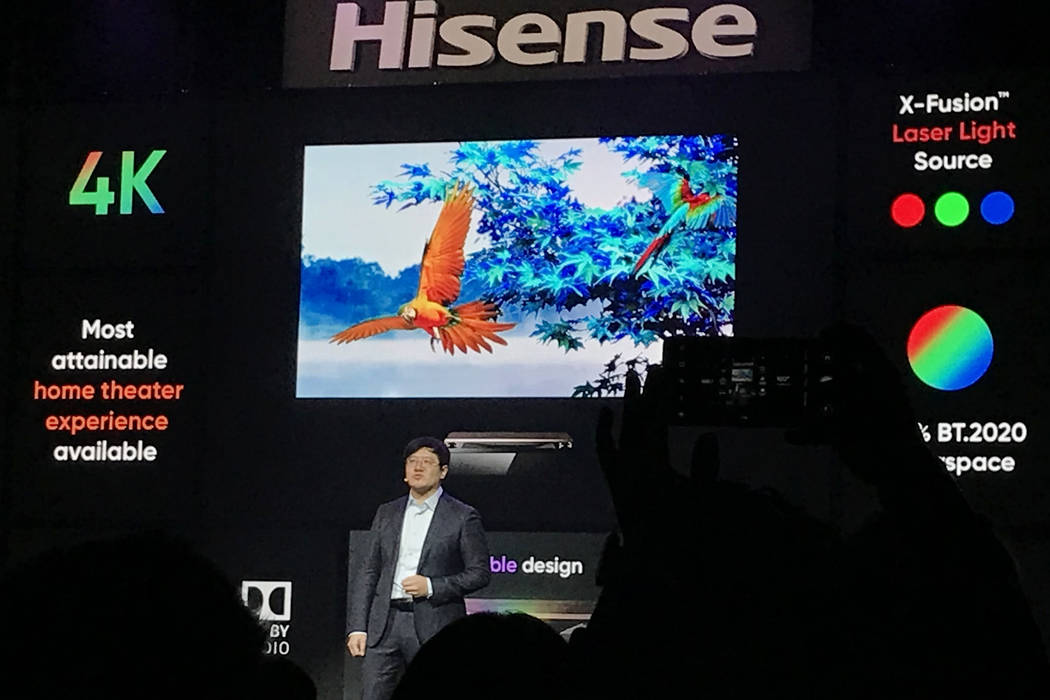 Industry insiders listen to a media event by Hisense ahead of CES 2020 on Monday, Jan. 6, 2020 in Las Vegas. (Julie Wootton-Greener/Las Vegas Review-Journal)

Hisense showcased its latest advancements in laser televisions during a press conference Monday ahead of CES.

Executives said the company will add a 75-inch option for its H8G quantum ULED TV, available in the United States this spring. Officials also talked about the L5 laser TV, with a $5,999 pricetag.

David Gold, vice president of consumer electronics for Hisense USA, said Hisense is the fastest-growing television brand in the U.S.

Laser TV has much larger screens than traditional options, less eye strain, true-to-life colors and is environmentally responsible, said Xianrong Liu with Hisense. “We are confident that we will bring laser TV to more countries.”

The first prototype of Laser TV was unveiled at CES 2012, Liu said. “Since Laser TV was introduced by Hisense, it has achieved great success in China.”

He said laser TVs are the number growth category in TV sales.