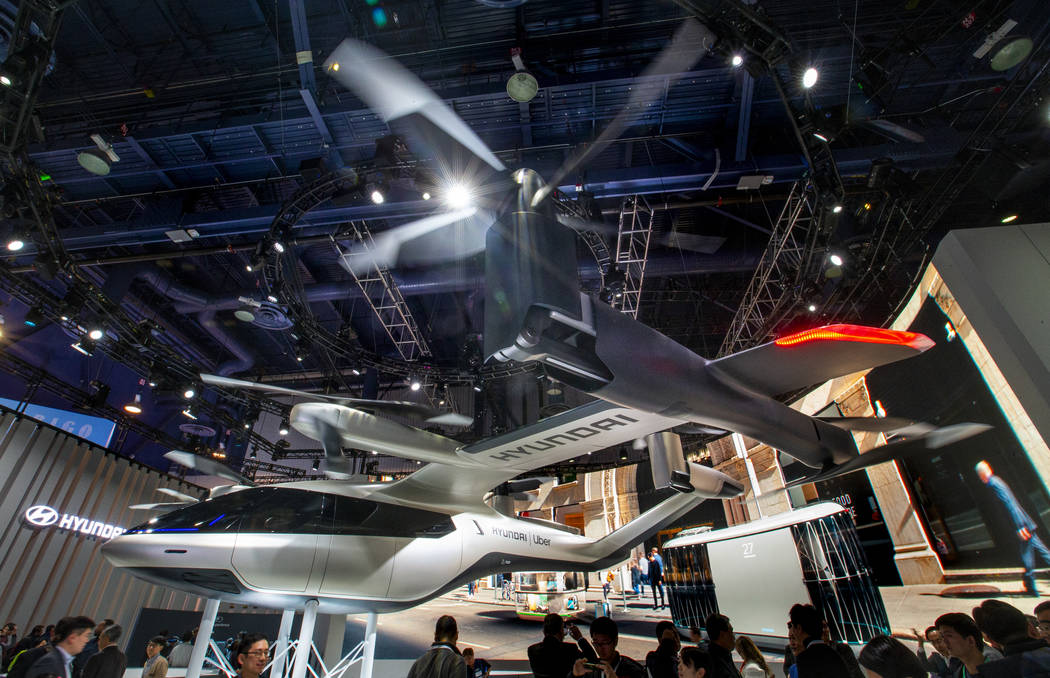 Uber and Hyundai have partnered on a new electric air taxi and unveil their new eVTOL electric aircraft in North Hall for CES 2020 Day 2 at the Las Vegas Convention Center on Wednesday Jan. 8, 2020, in Las Vegas. (L.E. Baskow/Las Vegas Review-Journal) 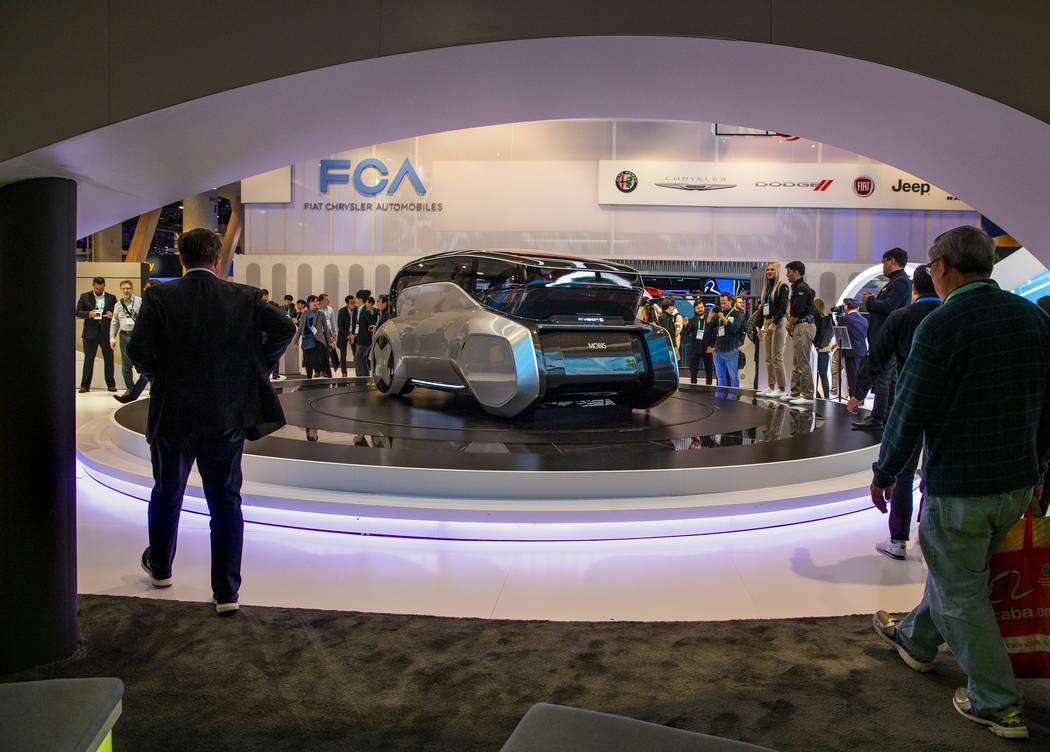 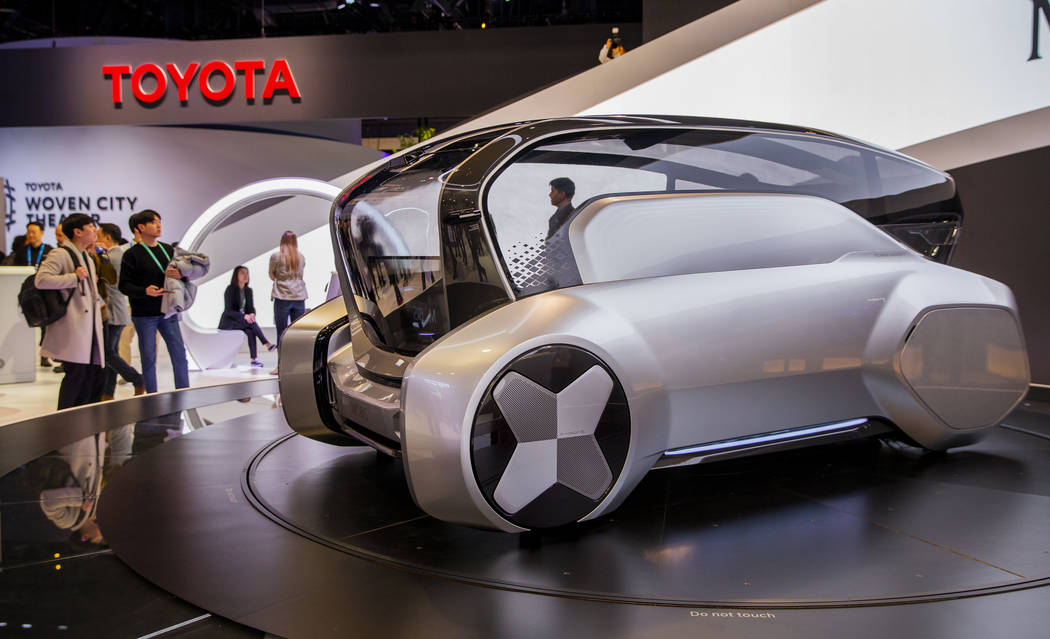 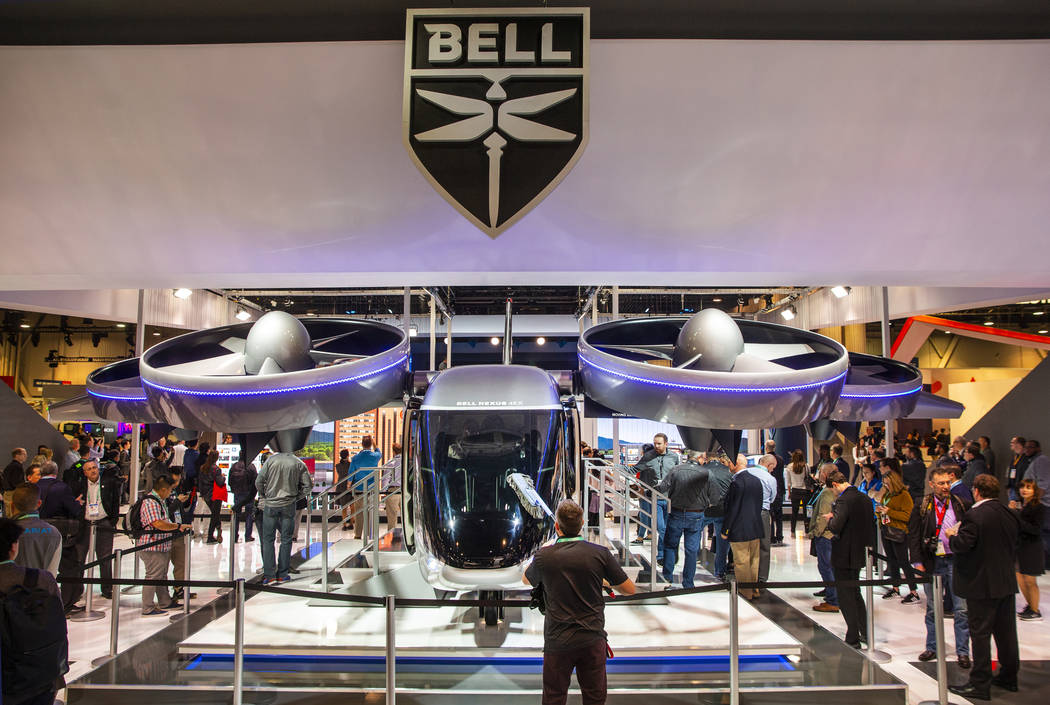 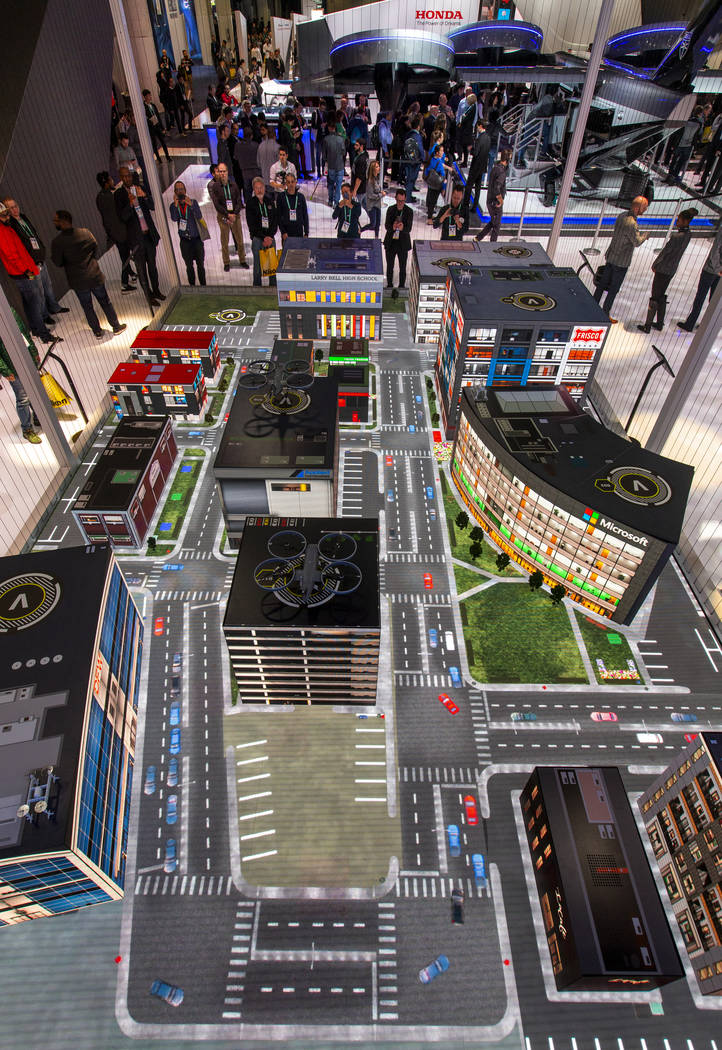 A mock city shows how the new Bell Nexus 4EX air taxi concept's will navigate from place to place while on display in North Hall for CES 2020 Day 2 at the Las Vegas Convention Center on Wednesday Jan. 8, 2020, in Las Vegas. (L.E. Baskow/Las Vegas Review-Journal)

The push to get flying taxis off the ground continued Wednesday at CES 2020 as a pair of companies unveiled their latest vehicle prototypes.

After lighting up CES 2019 with its Nexus vertical takeoff and landing aircraft model, Bell returned this year with an updated prototype: the Nexus 4EX.

The Nexus 4EX is slated to be fully electric, a change from last year’s hybrid model. The flying taxi is built to carry up to five passengers. As noted by its name, the 4EX features four fan ducts, a reduction from the six shown with last year’s model.

Bell brought along mini drone versions of the Nexus 4EX model and flew them around a miniature city to display how the system would work.

“With focus on the passenger experience, we revealed the technology and the vehicle that will revolutionize transportation in cities at CES 2019,” said Mitch Synder, CEO and president of Bell. “This year we’re demonstrating what governing, operating, working and living in a smart city will look like.”

Bell also announced a partnership with Microsoft Azure at CES, which its Bell AerOS system will run on. The service was created to manage fleet information, observe aircraft health and manage throughput of goods, product and predictive data and maintenance.

Fitting four passengers and a pilot, the SA-1 stretches 35 feet in length, with a wingspan of almost 50 feet and a weight of 7,000 pounds.

The initial cruise speed of the SA-1 is 150 mph, with a top cruising speed of 180 mph possible. The 100 percent electric flying taxi has a range of 63 miles.

Both Bell and Hyundai are partnered with Uber Elevate, which is working to launch its Uber Air service in select cities as early as 2023.

The plan is to launch Uber Air in 2023 commercially in three cities, Los Angeles, Dallas and Melbourne, Australia.

The service would be carried out by creating skyports, which would be placed in high volume areas of cities, where up to 1,000 landings per hour could occur, according to Uber Elevate’s website.