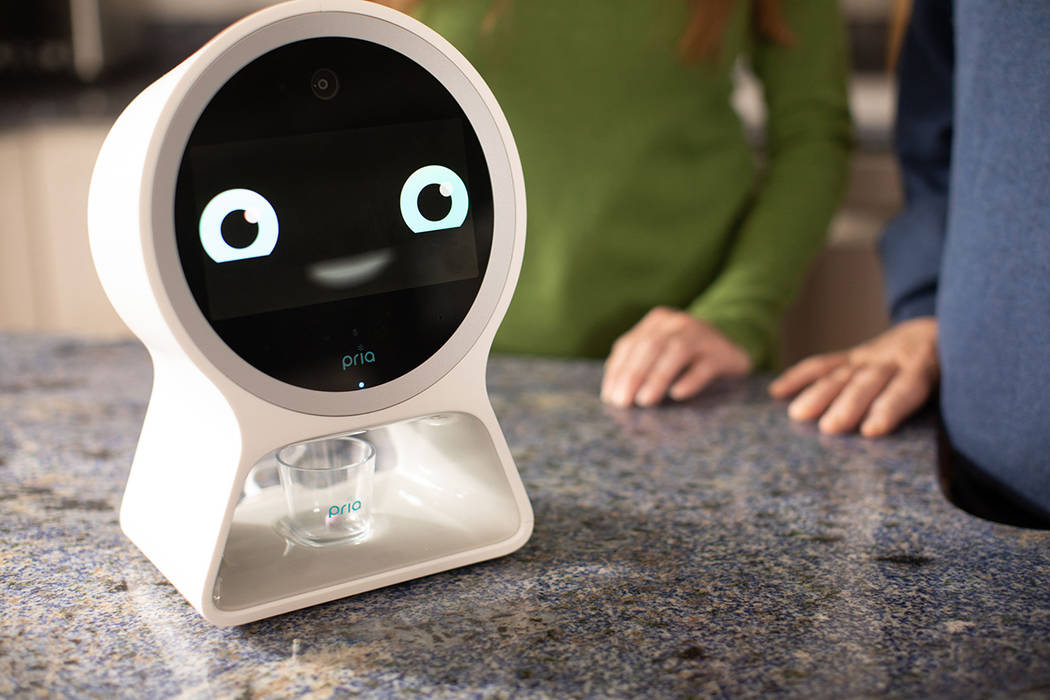 Pria is designed to dispense your medication on time as programmed. (Pria) 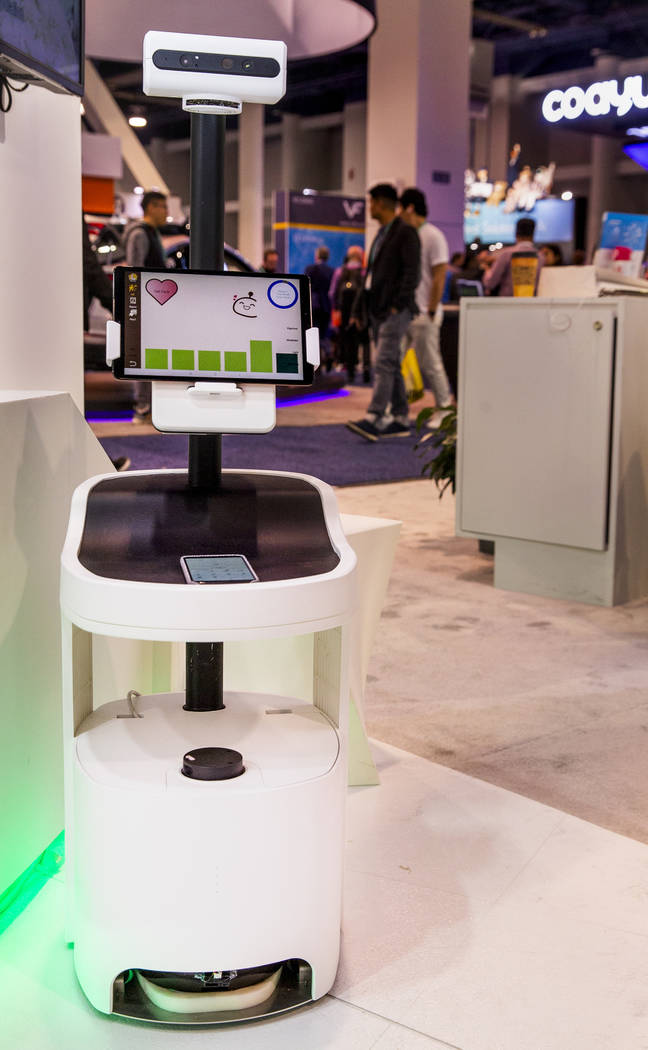 The PECOLA is a companion robot incorporating ambient intelligence for the elderly on display in the South Hall for CES 2020 Day 2 at the Las Vegas Convention Center on Wednesday Jan. 8, 2020, in Las Vegas. (L.E. Baskow/Las Vegas Review-Journal) 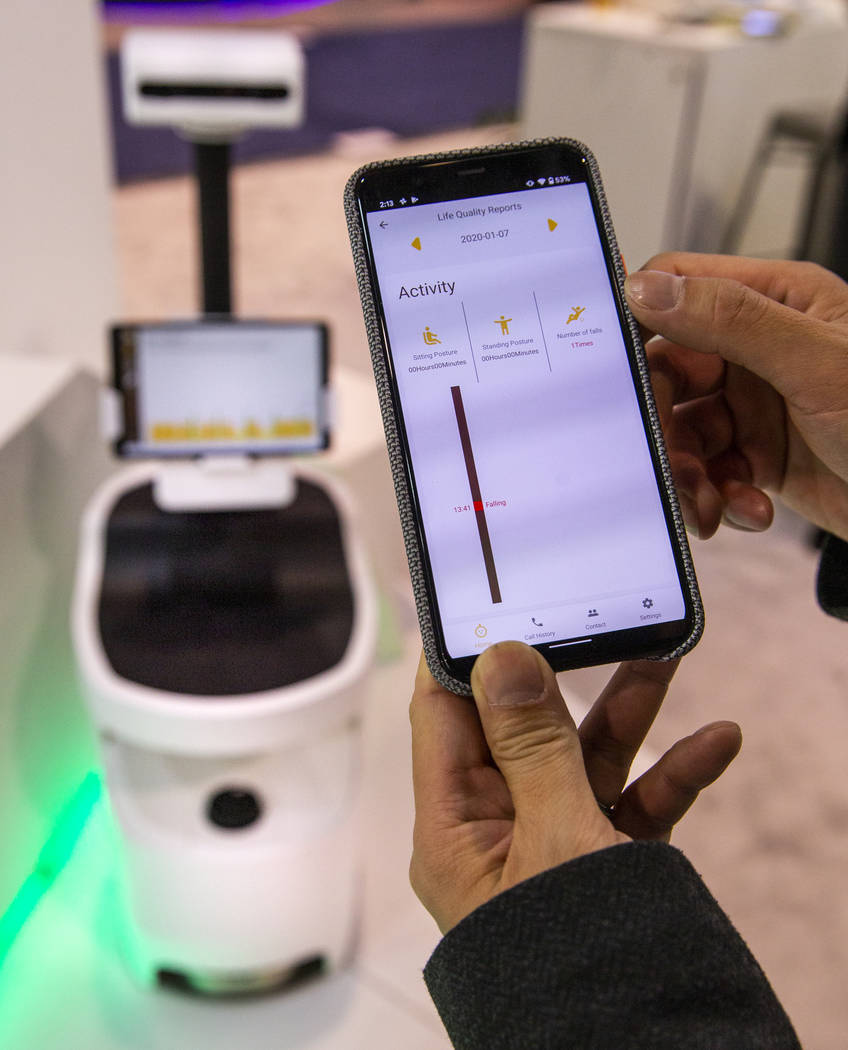 An app can connect to the PECOLA which is a companion robot incorporating ambient intelligence for the elderly on display in the South Hall for CES 2020 Day 2 at the Las Vegas Convention Center on Wednesday Jan. 8, 2020, in Las Vegas. (L.E. Baskow/Las Vegas Review-Journal)

The robots are here, and their makers say they can help seniors lead healthier, more independent lives.

This week, exhibitors at CES have shown off robots designed to assist seniors who are “aging in place” in their own homes and communities — which is what 87 percent of those ages 65 and older say they want to do — according to a 2014 study by the AARP Public Policy Institute.

Black & Decker, best known for its power tools, has launched Pria, an automated medication management system and home health device. Pria, which is both touch and voice activated, dispenses preloaded medication at scheduled times to its user, and can notify a caregiver when a dose is taken or missed.

“It’s really about helping the caregiver have peace of mind,” said Sean O’Brien, a director with Stanley Healthcare, a division of Black & Decker. A caregiver often has no idea when, or even if, a loved one has taken medication, he said.

Alerts and reminders can be set up through the app — to check blood pressure or to drink water, for instance.

The round-faced robot, which can sit on countertop, has a built-in camera for two-way video calls. A caregiver can “drop in” on the user and get a fishbowl view of the room the device is in.

The robot can answer everyday questions, with “What’s the weather?” being an especially popular one. It can even be asked to tell a joke.

Pria, which costs $699, may ease the strain on caregivers, according to the company. A 2016 study by AARP shows that more than half of employed caregivers experience at least one work-related strain from caregiving, such as working fewer or different hours or taking time off of work.

Pria is a CES 2020 Innovation Awards honoree in the health and wellness category.

Another home assistant robot, PECOLA (Personal Companion for Older People Living Alone), is an Innovation Awards honoree in the category of smart homes.

PECOLA is expected to be available to consumers next year for about $1,000, said ITRI’s deputy manager, Jui-Wen Chen.

The robot, which follows its user around the home, can detect emotions, perform video-based diet analysis and conduct sleep analysis by detecting breathing and heart rate, according to a product fact sheet. The robot automatically provides daily reports on these activities to the user’s caregiver.

The robot uses video-based fall detection technology and will phone for assistance.

It also is equipped for video conferencing to “strengthen users’ social connection.”

But do robots and artificial intelligence assistants promote connection or create isolation?

The potential for the latter was a concern for Kari Olson, chief innovation and technology officer for Front Porch Center for Innovation and Wellbeing. However, she was encouraged by a pilot study by her company in which 71 percent of participants felt closer to family, friends and community as a result of using virtual assistant Alexa.

Olson, who spoke at CES on “AI Assistants and Everyday Life,” noted that as baby boomers age and the number of people requiring caregiver assistance increases, the number of available caregivers will decrease.

By 2030, the U.S. will be short an estimated 151,000 paid caregivers and 3.8 million unpaid family caregivers, according to Paul Osterman, a labor economist at the MIT Sloan School of Management.

Technology is a tool that can help bridge this gap, Olson said in an interview, but noted it’s “not a replacement for human connection.”