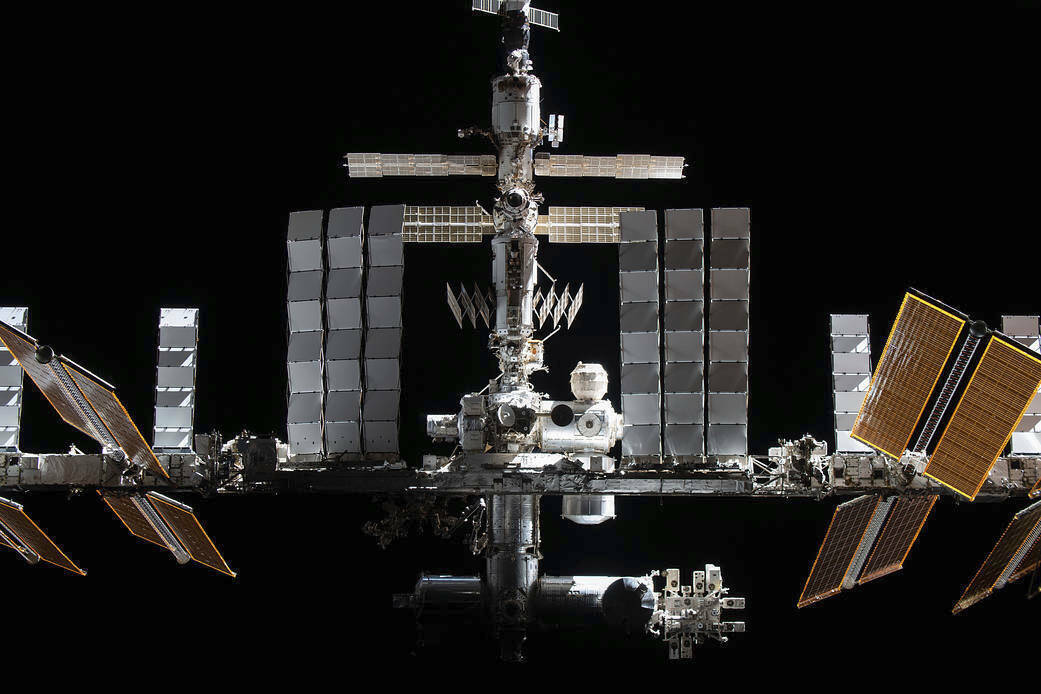 FILE - In this Nov. 8, 2021, file photo provided by NASA, the International Space Station is pictured from the SpaceX Crew Dragon Endeavour. (NASA via AP, File)

CES will be out of this world next month.

The four-day annual technology trade show that opens Jan. 5 at several convention venues across the city will have a live-stream connection with the International Space Station as part of the show’s more than 200 conference sessions.

The connection with the orbiting space station was among the announcements made Wednesday in a 25-minute online media preview of the show by the Washington-based Consumer Technology Association, which has operated CES in Las Vegas since 1979.

CTA executives said next year’s attendance could top 100,000 with one-third of attendees coming from overseas. Hindered by the January outbreak of the omicron variant of COVID-19, an estimated 45,000 people attended CES. Around 171,000 attended in 2020, before the pandemic took hold.

Kinsey Fabrizio, senior vice president of membership and sales for the association, said the trade show floor would be 50 percent larger than in 2022 with 2 million square feet of exhibit space sold so far.

Fabrizio, CTA CEO Gary Shapiro and Vice President of CES and Acting Show Director John Kelley described some of the attractions — some new and some old favorites — that would be a part of CES 2023.

Fabrizio said Web3 would “encompass technologies from the metaverse, digital assets and blockchain, and it will be throughout the show floor and conference programming.”

“You’ll see it show up with shared immersive and virtual experiences as well as the hardware associated with these categories,” she said.

The Las Vegas Convention Center’s new West Hall is sold out with 300 automotive technology companies expected to be on the show floor. And, like last year, an international competition involving developers of autonomous vehicles is scheduled at the Las Vegas Motor Speedway on Jan. 7.

The Central Hall will be home to television and entertainment technology while health technology and food tech, introduced in 2022, will be emphasized in exhibits and in conference presentations.

Shapiro said CTA will have its first-ever 2023 Global Innovation Scorecard, which ranks countries in several categories based on the innovations they bring to the world.

“Many ambassadors and ministers from top performing countries will be with me on the opening keynote stage,” Shapiro said.

“It’s like drinking from a huge hose,” Shapiro said of the displays at Eureka Park.

CES is open to technology professionals and executives and the media, but closed to the public. Traditionally, it has been one of the best-attended trade shows Las Vegas hosts and kicks off the parade of major conventions occurring in the first three months of the year.