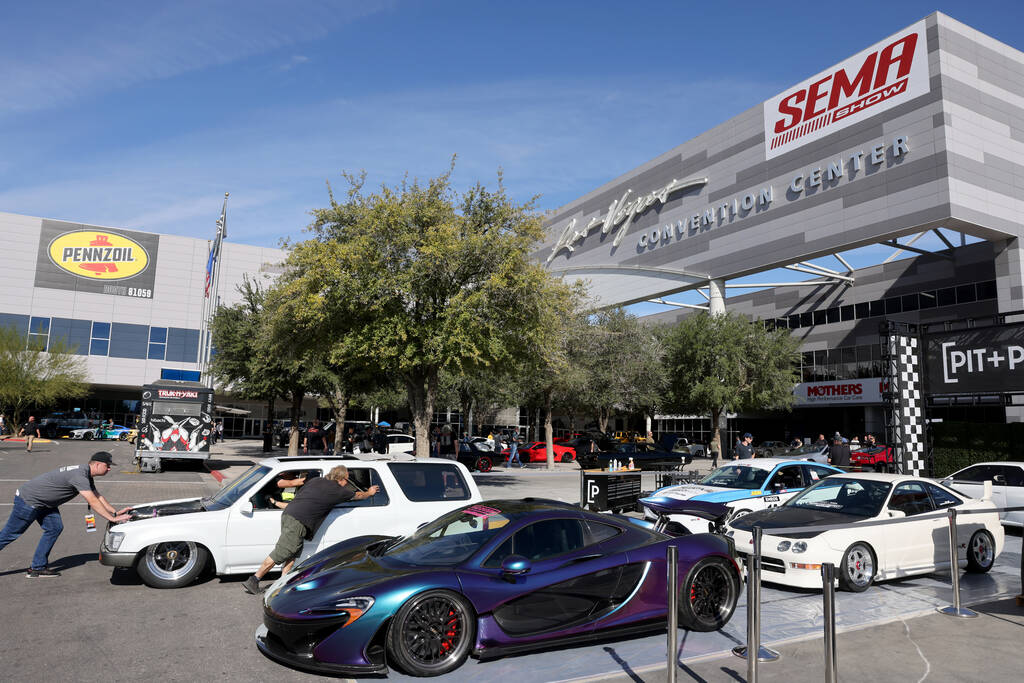 A strike authorization vote doesn’t necessarily mean workers will walk off the job, and union officials indicated negotiations would continue.

Culinary Local 226 represents about 300 cooks, dishwashers, banquet servers, concessions cashiers and other workers employed by Sodexo Centerplate, the Convention Center’s exclusive contracted food and beverage supplier. The union is demanding higher pay for its workers. The average pay currently is between $16 and $19 an hour.

Union officials did not say how many people voted in the election that occurred Wednesday and Thursday, but they said the vote was unanimous.

“After the COVID-19 pandemic, convention business is booming again, and Culinary Union members work tirelessly to provide the best service,” said Ted Pappageorge, secretary-treasurer for the union. “The Las Vegas Convention Center generates billions in positive economic impact for Nevada per year, but the workers who make that possible are getting left behind. Sodexo Centerplate workers at the Las Vegas Convention Center voted to authorize a strike because they deserve first-class jobs.”

While the convention calendar in Las Vegas is subdued in late December, January is extremely busy as one of the city’s largest trade shows, CES, begins Jan. 5.

Strike authorization votes are widely recognized as tactics to press for contract resolution.

In March 2014, the Culinary Union authorized strikes against 10 downtown Las Vegas properties and two others, and a citywide strike vote in May 2018. But no work stoppages occurred because resort and union bargaining units worked out contract agreements.

The Culinary contract with Sodexo expired in late summer. The prospect of a strike vote was first announced in an online press conference by the union on Nov. 21. Contract talks were then held Nov. 29 and Nov. 30 between Culinary and Sodexo bargaining units but was stalled.

This week’s vote was the second unanimous authorization vote in two months, with workers in Orlando, Florida, authorizing a strike in a 235-0 vote in early November. Other union groups in Sacramento, California, Detroit and New Orleans said workers have similar pay issues.

A representative of Sodexo said no bargaining sessions are scheduled, but it is committed to good-faith negotiating.

“Decades of positive, collaborative union relationships have taught us that progress takes place at the bargaining table with strong engagement from both parties,” Paul Pettas, vice president of brand and communications with Sodexo, said in an emailed statement. “We are fully committed to reaching a new (collective bargaining agreement) for UNITE HERE members and doing so before CES in January.”

UNITE HERE, the Union of Needletrades, Industrial, and Textile Employees (UNITE) and Hotel Employees and Restaurant Employees (HERE), is the umbrella organization of unions that work with Sodexo.

“Despite our continued good-faith efforts, UNITE HERE leadership only provided a proposal on wages and benefits on Nov. 30 — three months after the expiration of the previous CBA — and has not agreed to any of our proposed bargaining dates in December. Instead of setting up time this month to negotiate, they instead proceeded with a strike authorization vote,” Pettas said.

The Las Vegas Convention and Visitors Authority, which would have the most at stake if a strike were to occur, issued an email statement late Friday.

“We encourage Sodexo and the Culinary Union to resolve their contract negotiations,” said Lori Kraft, senior vice president of communications for the LVCVA.

‘Inspired by the past’

“I’m extremely inspired by the past. We are standing on the shoulders of everyone that came before us. I think back to the Frontier strike and what those workers had to endure and the fight that they had over their very long strike — they set an example for us. We are not second-class, and we will strike if there isn’t a fair agreement.”

Rodriguez was referring to a more than six year strike at Frontier that ended in February 1998. That strike was resolved after Phil Ruffin — now owner of Treasure Island and Circus Circus — acquired the resort and renamed it the New Frontier. At the end of the strike, on Feb. 1, 1998, union workers marched arm in arm through Frontier’s doors, led by Rev. Jesse Jackson, AFL-CIO Secretary-Treasurer Richard Trumka and then Gov. Bob Miller, and were cheered by supporters.

A citywide strike occurred in 1984 when 15,000 workers walked off the job for higher pay. According to newspaper reports, workers lost an estimated $75 million in wages and benefits over a 67-day period.