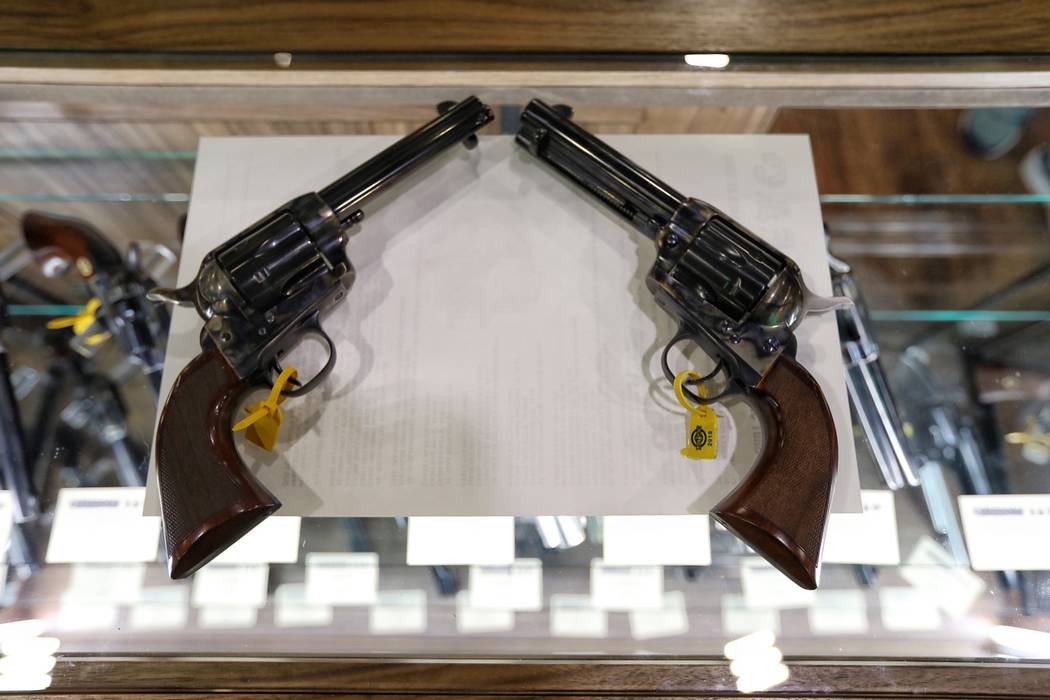 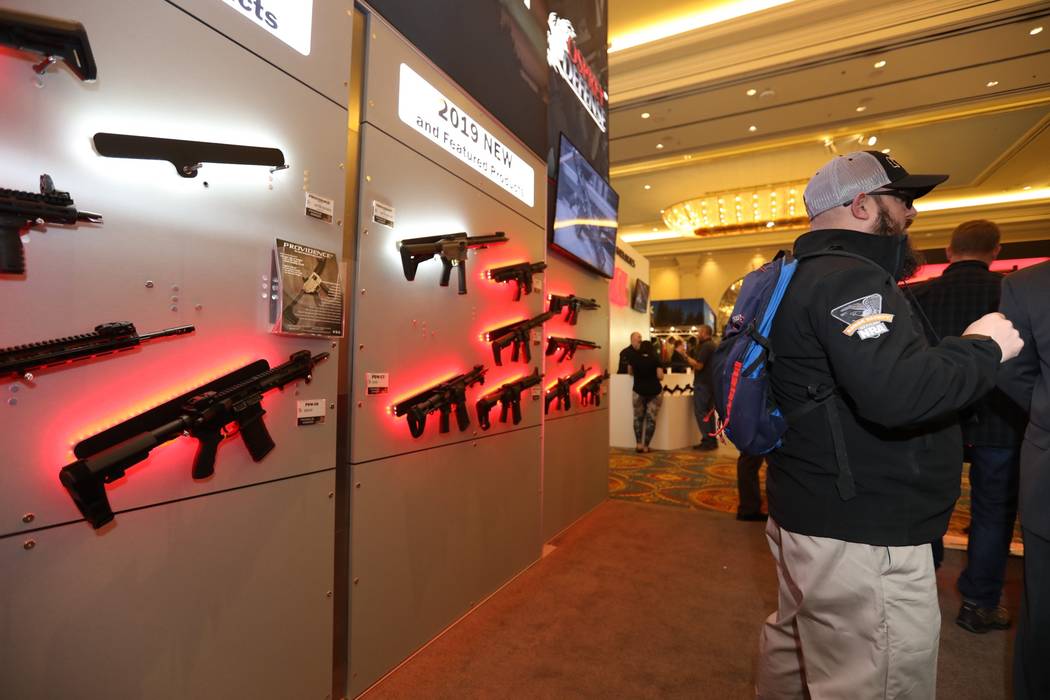 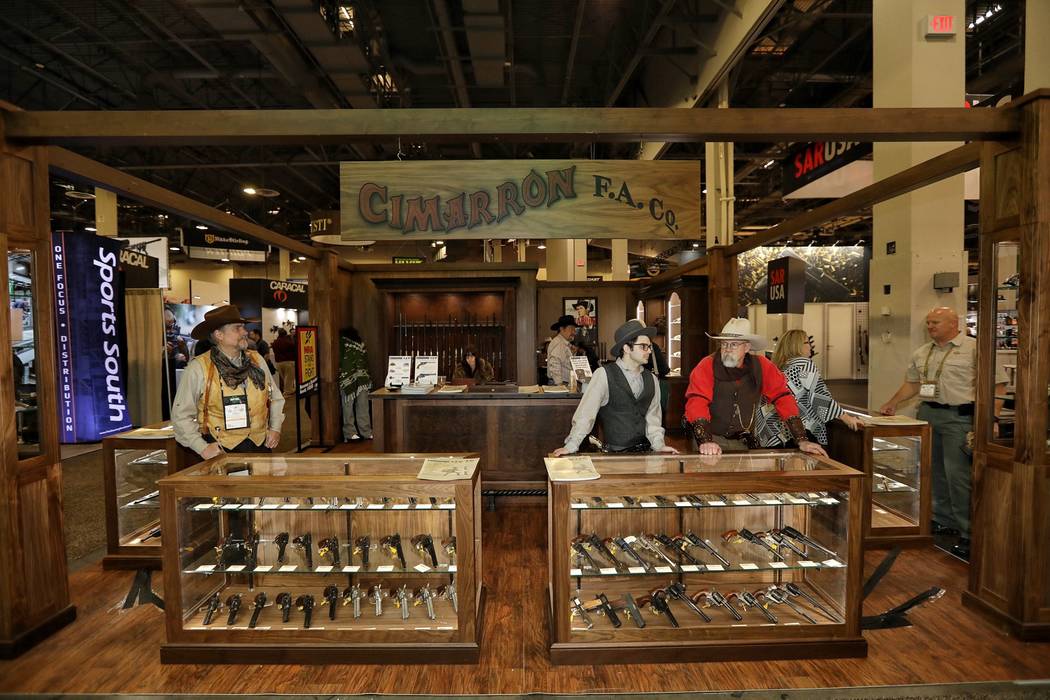 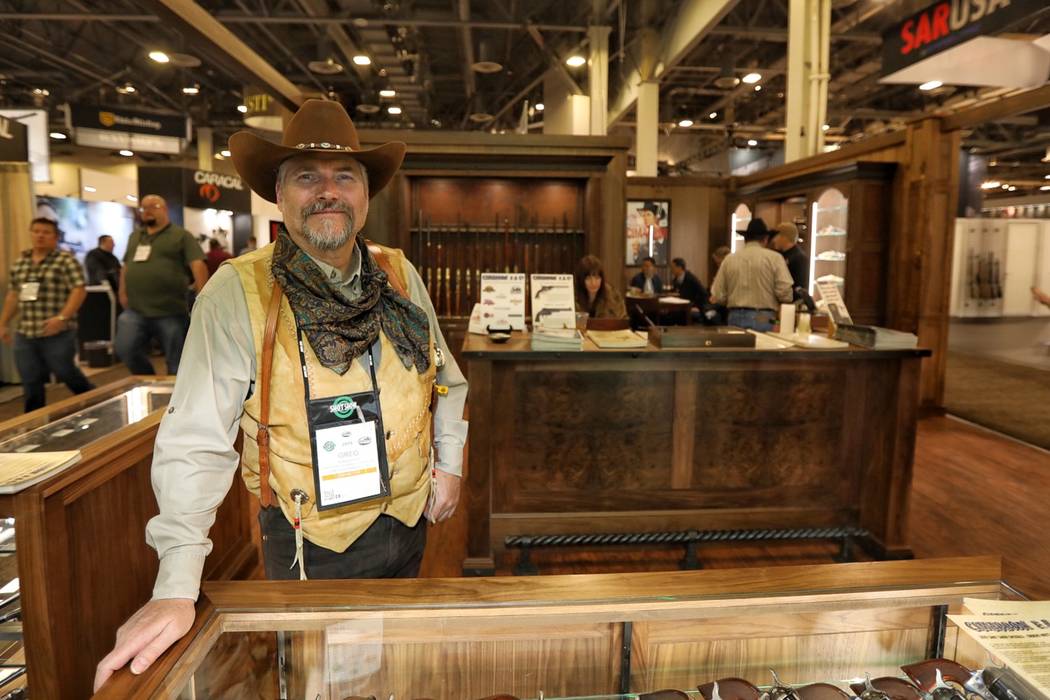 Greg Slaughter, sporting a shoulder holster, cowboy hat and vest, looked like a throwback perhaps to the first Shooting, Hunting and Outdoor Trade Show in the 1970s.

The Texan was representing Cimarron Firearms, a maker of retro-style revolvers that you would see Clint Eastwood shooting in a spaghetti western.

Cimarron’s booth was surrounded at this year’s SHOT Show by exhibitors offering hefty black semiautomatic sporting and military rifles as well as shotguns and pistols.

SHOT Show features more than 15,000 guns, the majority of which are semiautomatic rifles and pistols. They stretch for miles across the show floor at Sands Expo and Convention Center.

Despite the seemingly outdated look — or perhaps precisely because of it — Cimarron is coming off its two best sales years at a time when the industry is facing an overall slump.

While most Cimarron buyers are simply adding a classic-looking gun to their collection, some do buy it for self-defense, Slaughter said. The guns retail for between $500 and $1,000.

The other reason people use them for defense instead of an automatic weapon is that they don’t jam, he said.

“It goes bang every time you pull the trigger,” Slaughter said.

U.S. sales of handguns, which include both pistols and revolvers, reached about $1.9 billion last year, according to IBISWorld, a market research firm. However, revolvers only account for about a fifth of that, or $370 million.

Revolver sales also trail rifles at $1.8 billion and shotguns at $650 million, according to the research firm.

“Most people believe they need a semiautomatic,” Slaughter said. Yet, some still want the “craftsmanship” that the black rifles and shotguns don’t offer, he said.

Jay Jacobson, owner of Minden, Nevada-based Franklin Armory, is putting his hopes on a big gun with a twist. He was showing off a rifle at SHOT Show he calls “non semiautomatic” because it doesn’t use a gas system.

Semiautomatic rifles are banned in some countries and have tighter restrictions in some states. The Franklin Armory gun will retail for about $1,500, he said.