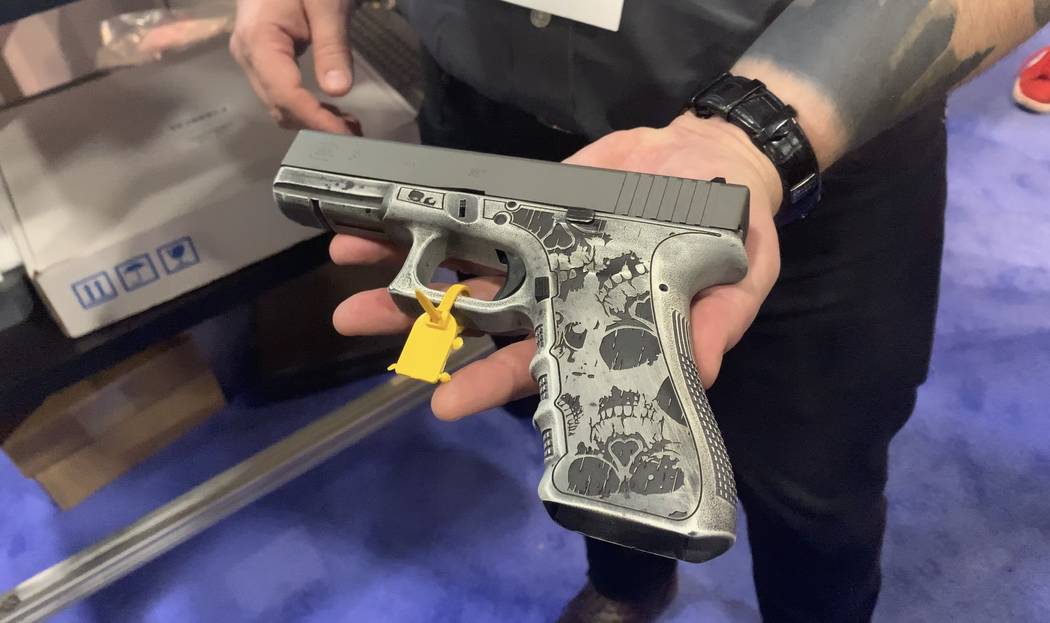 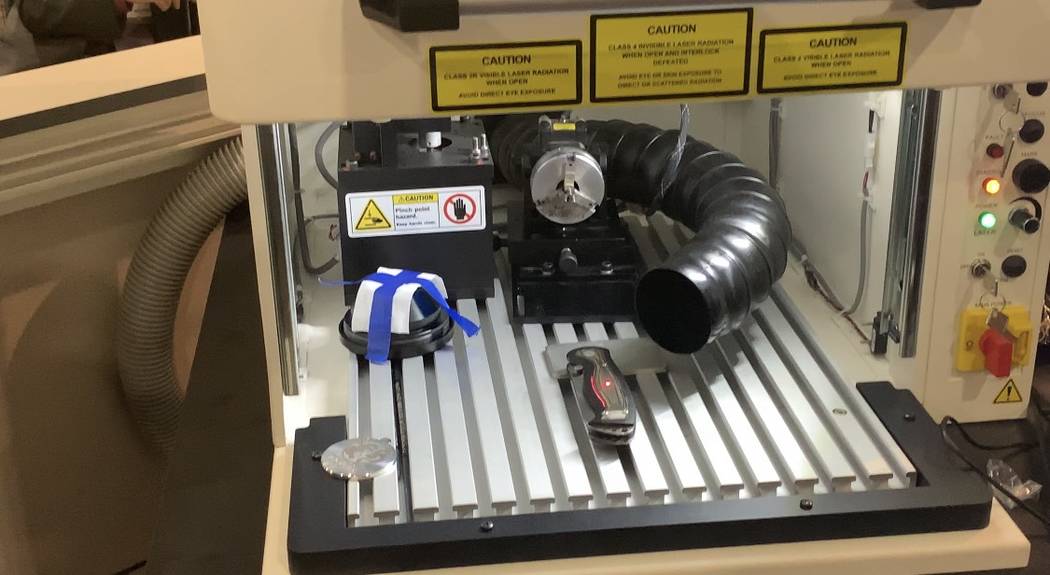 With only about 30 percent of the SHOT Show actually being guns and ammunition, according to Bill Brassard, spokesperson with the National Shooting Sports Foundation, which sponsors the show, the rest is targeted at hunting items, accessories, customization and other aspects of the industry.

Laserstar Technologies has multiple models of its laser machines on display between its two booths at SHOT Show, carving out designs on everything from guns and knives to precious metals and household items.

“It’s not just tactical, its medical and a number of other different fields,” said Tom Sly, applications engineer for Laserstar Technologies. “We do a lot of personalization, as well as industrial and manufacturing.”

The laser is based on a CAD (computer-aided design) format, where the designer can go and make just about any design they please on a computer, which is then transferred over to the machine, where the laser etches it out on the given product.

“Setting tool paths, it (the machine) engraves it into the metal, with a number of different settings, to add art and serial numbers,” Sly said.

The laser machine uses the same technology that is used in the tattoo removal process, he said.

It can take anywhere between a couple of seconds to a couple of hours to complete the design, depending on the material that’s being engraved and how intricate the design is.

“The only limit is your imagination,” Sly said.

The target customer for the machine is wide-ranging, Sly said.

“A lot of them are entrepreneurs who want to start up their own business,” he said. “People that want to have a side business, so they can bring in some extra money. It can be anything from a guy who is welding medical tools to a guy who wants to just put names on handles of guns.”

SHOT Show runs through Friday at the Sands Expo and Convention Center.