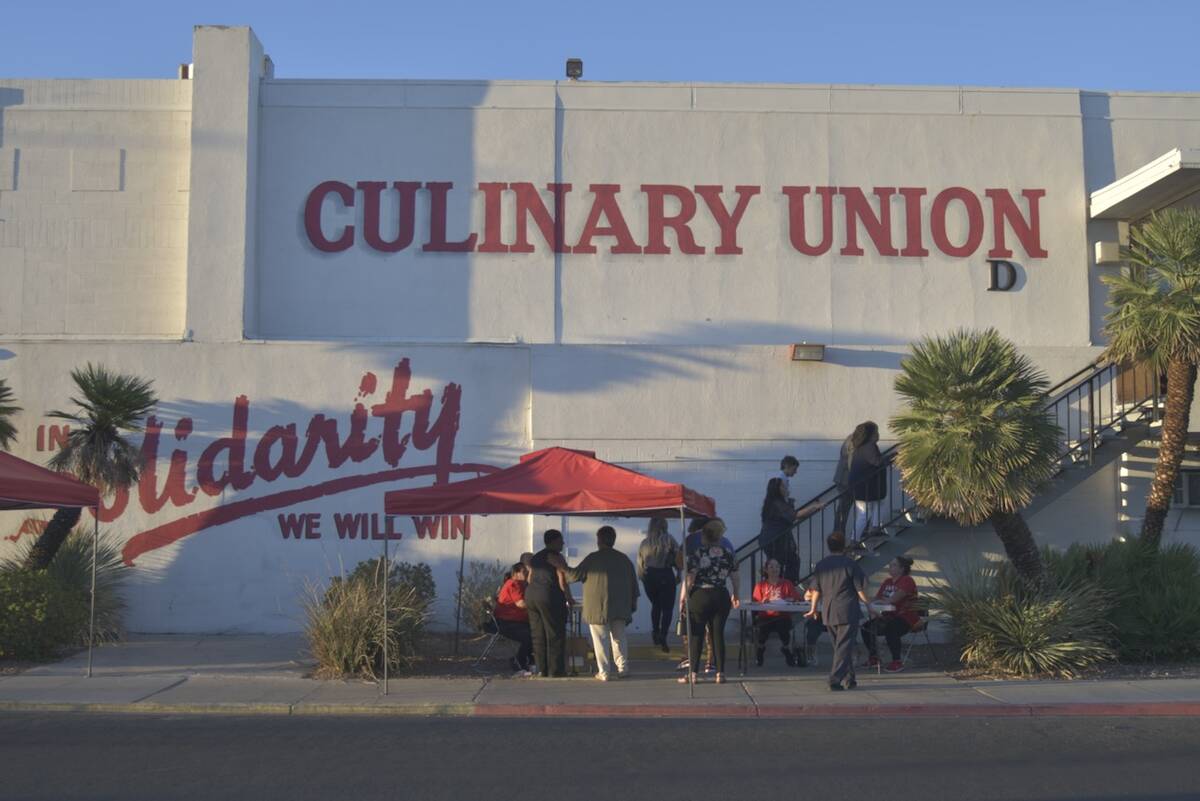 Members of the Culinary Union are walking into front of the office on Thursday, Oct. 6, 2022. (Jimmy Romo/Review-Journal)

A strike vote was scheduled Wednesday and Thursday by Culinary Workers Union Local 226 against Sodexo Centerplate, the food service provider for the Las Vegas Convention Center.

A representative of the union, which has collective bargaining agreements with most Southern Nevada resorts, said the vote is occurring this week and that results are expected to be posted late Friday or Saturday. The prospect of a strike vote was first announced in an online press conference Nov. 21.

About 300 of Sodexo’s estimated 800 local food service employees are union members. Union officials are seeking higher pay, which currently averages between $16 and $19 an hour.

A Sodexo representative said a collective bargaining agreement was not reached after talks on Nov. 29 and Nov. 30. The existing contract expired in late summer.

The Sodexo official speculated that a delay in reaching an agreement could be the result of negotiators trying to reach a broader agreement involving workers in five convention cities with UNITE HERE, Culinary’s umbrella organization.

In the Nov. 21 press conference, representatives from Orlando, Florida; Sacramento, California; Detroit; and New Orleans, said workers have similar pay issues. Only Orlando workers have authorized a strike vote, so far, but the results were overwhelming and unanimous.

While the convention calendar in Las Vegas is subdued in late December, January is extremely busy beginning with one of the city’s largest trade shows, CES, starting Jan. 5.