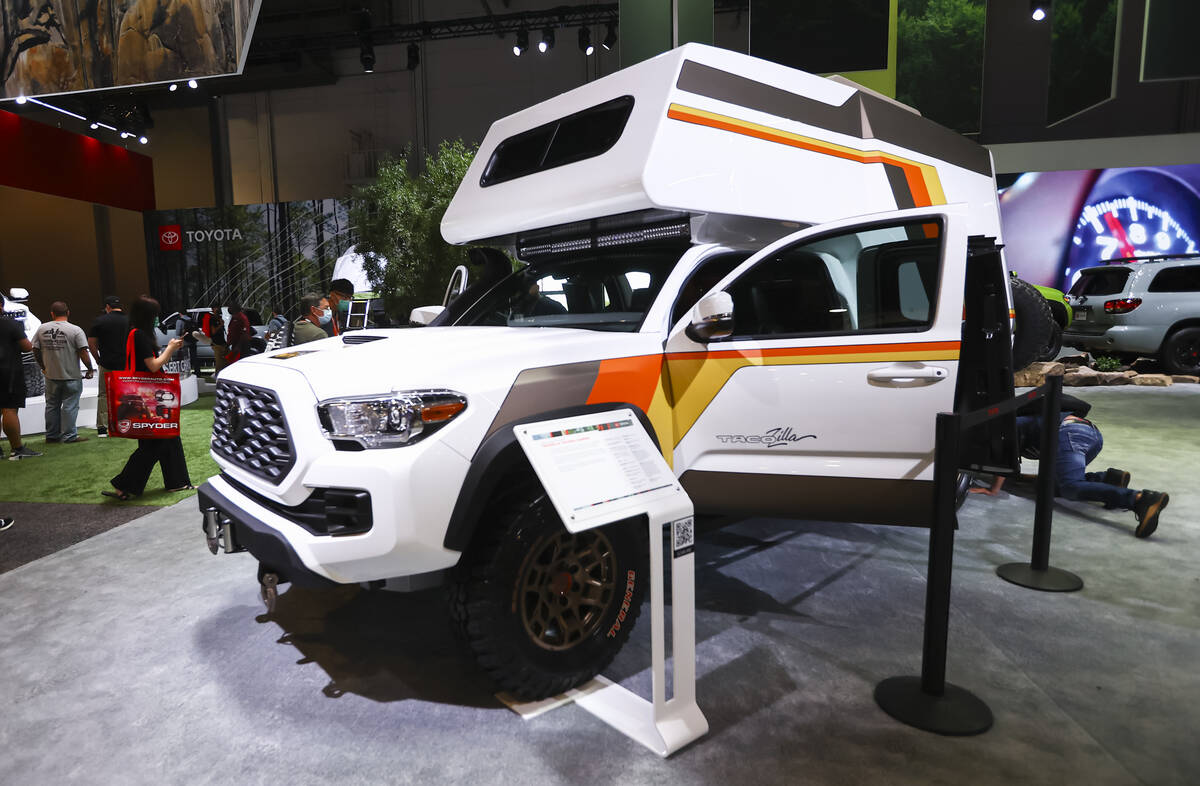 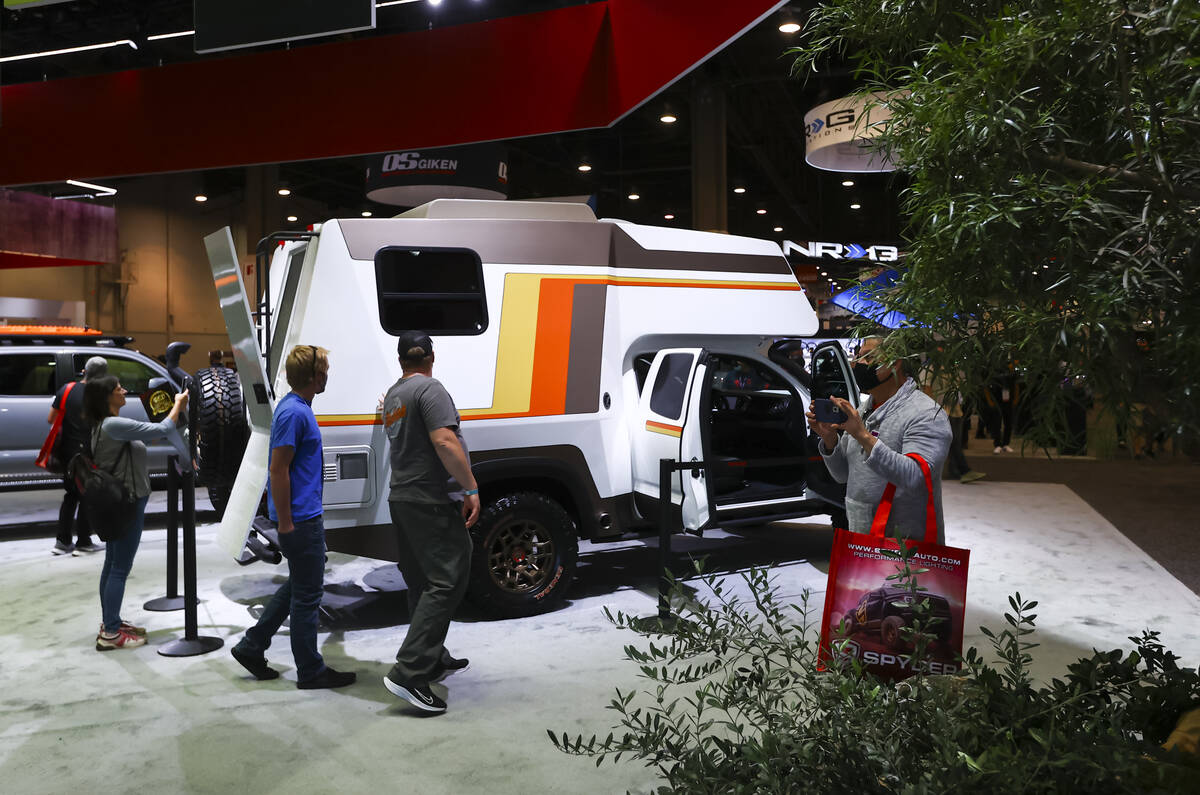 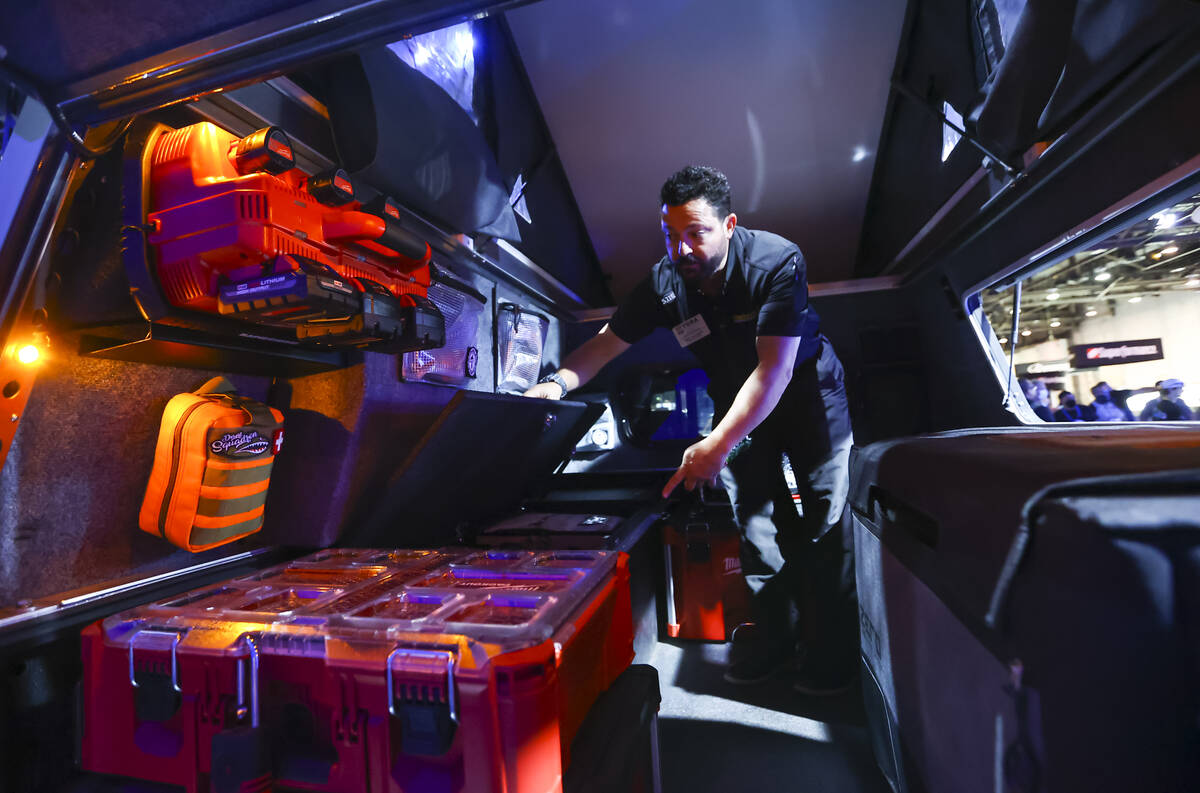 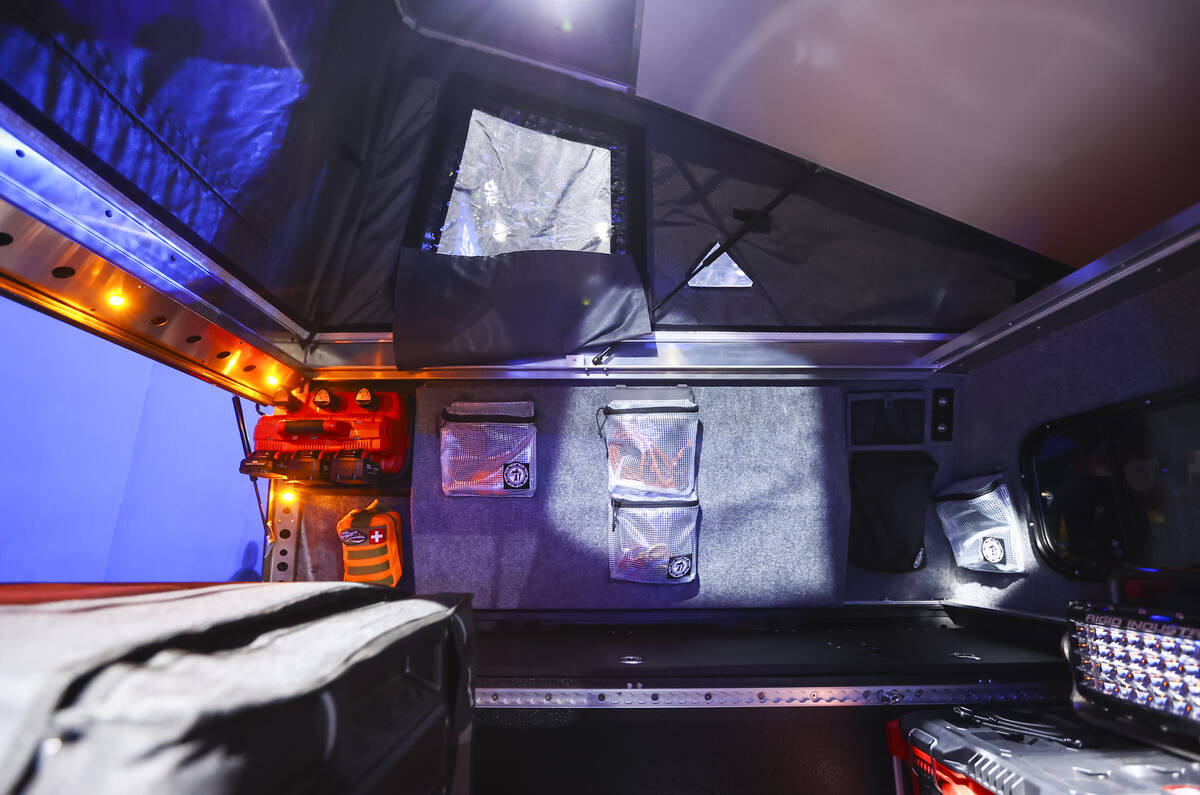 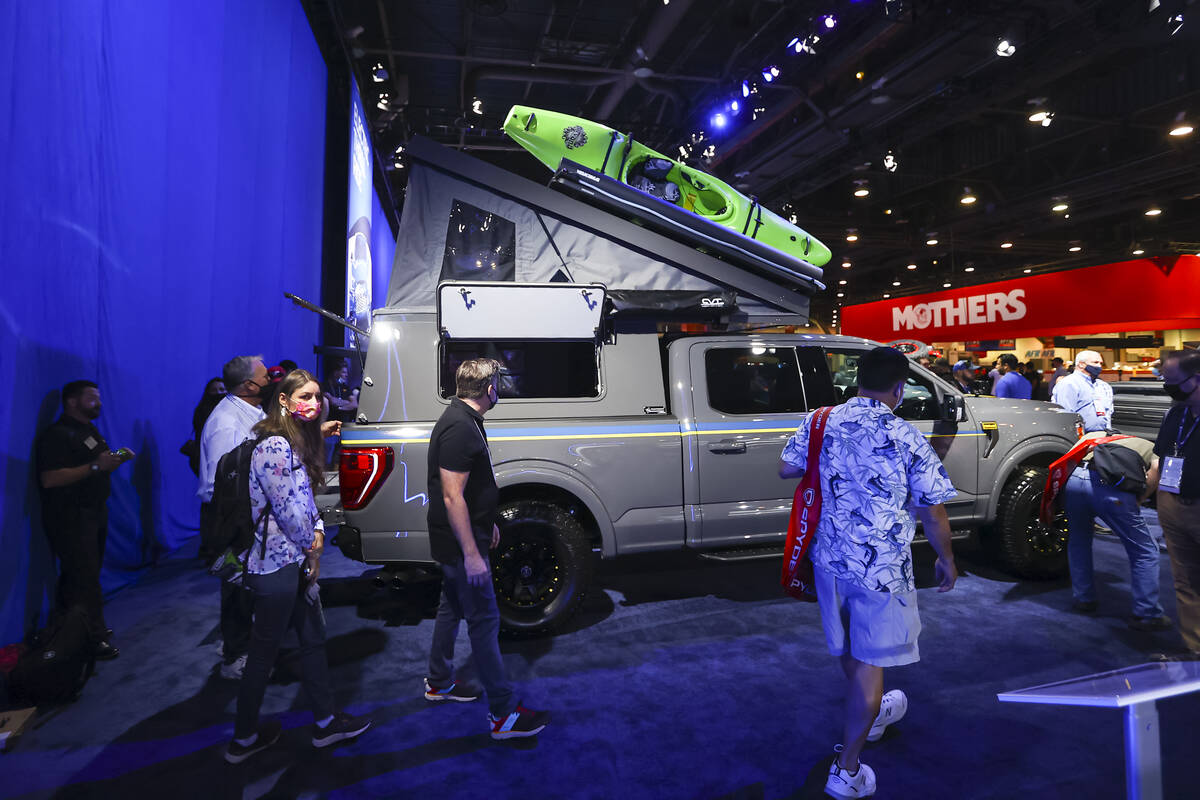 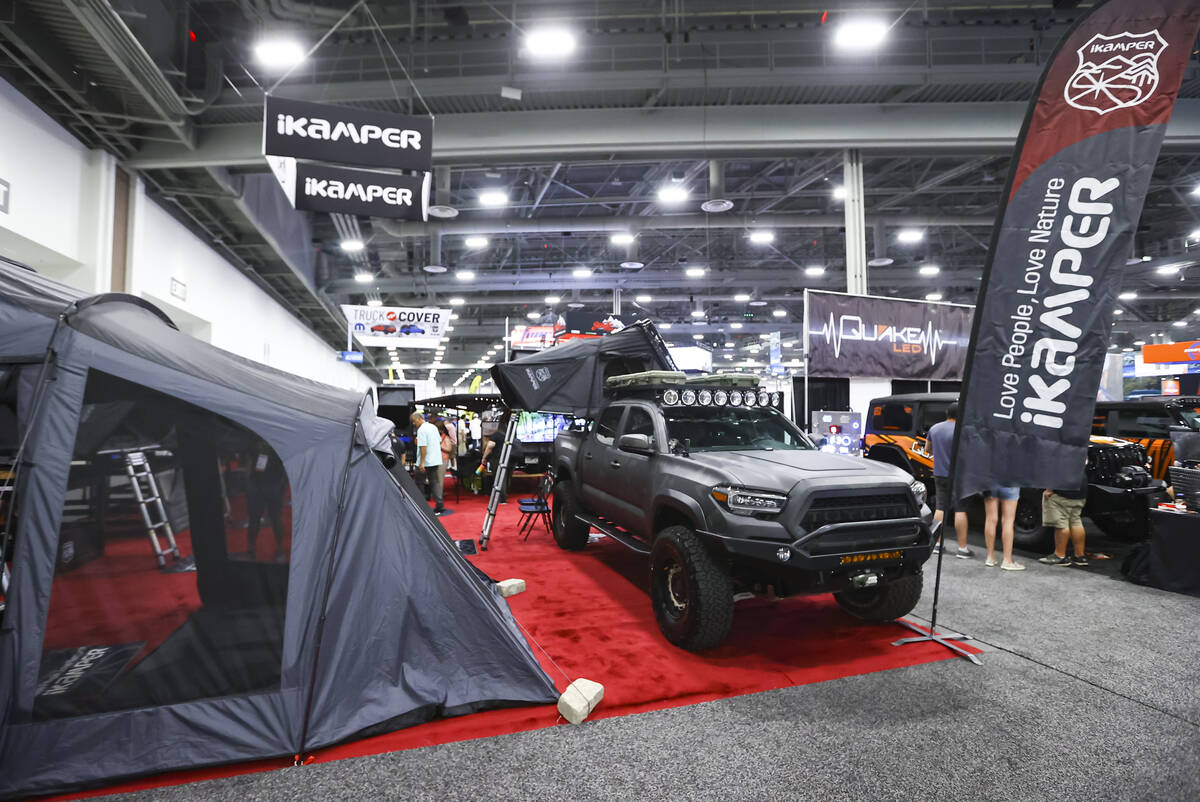 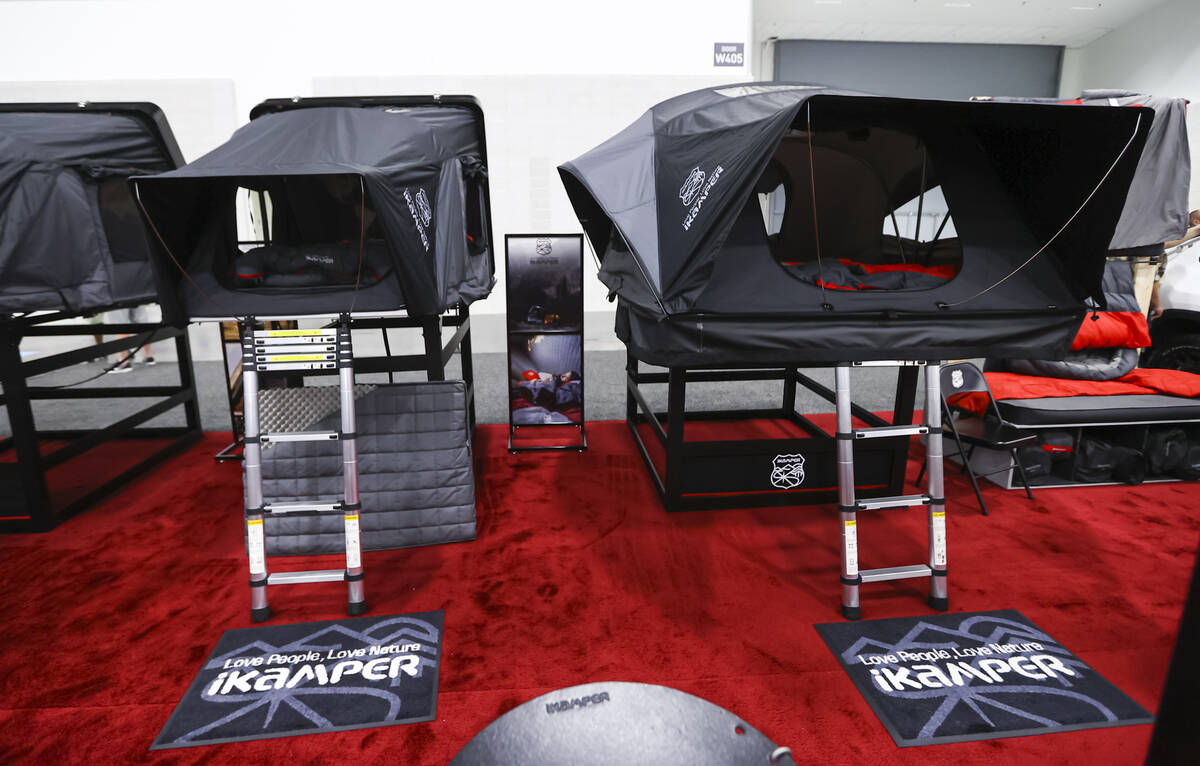 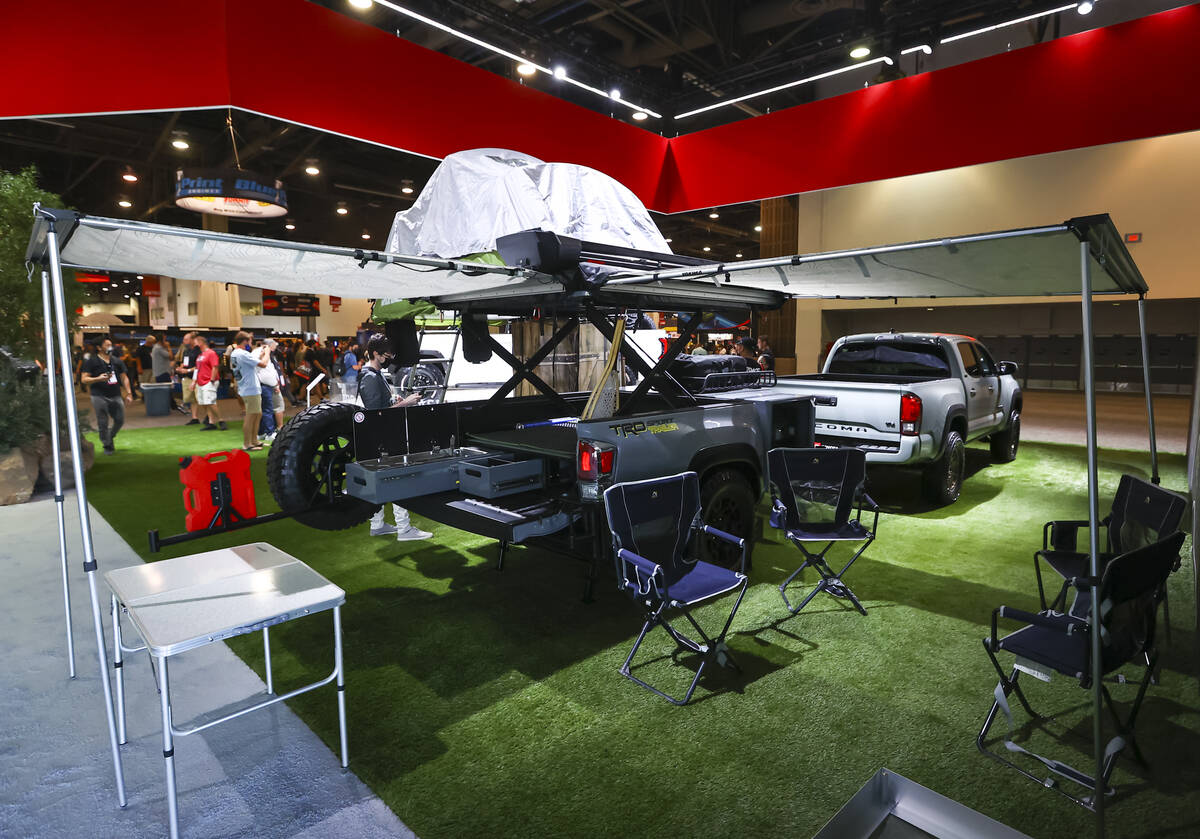 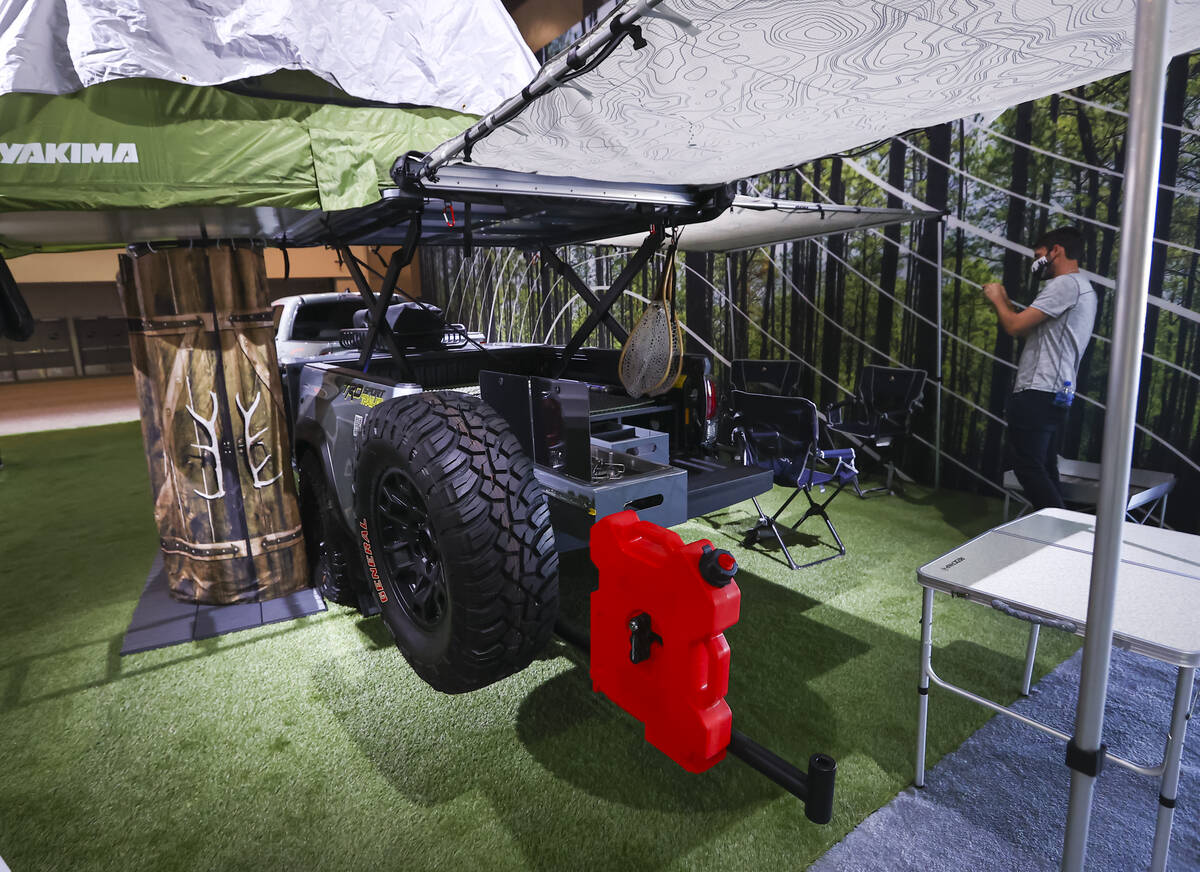 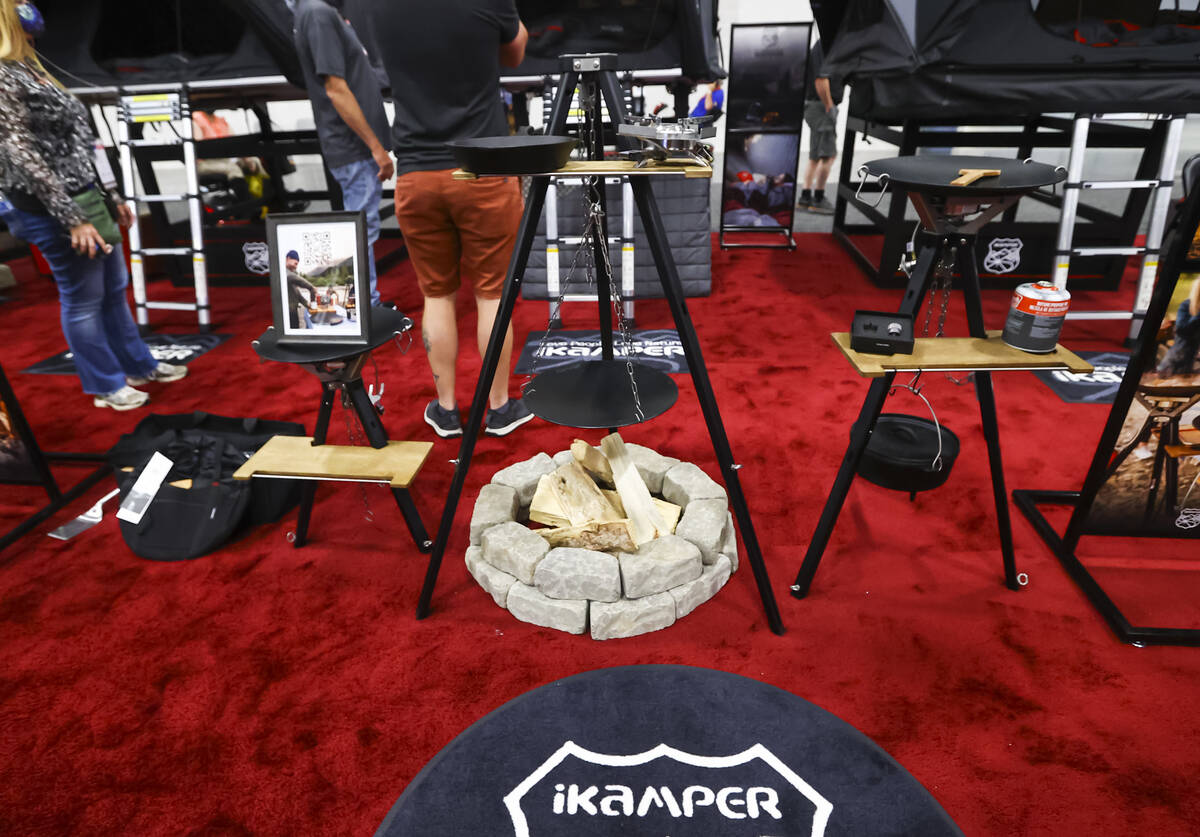 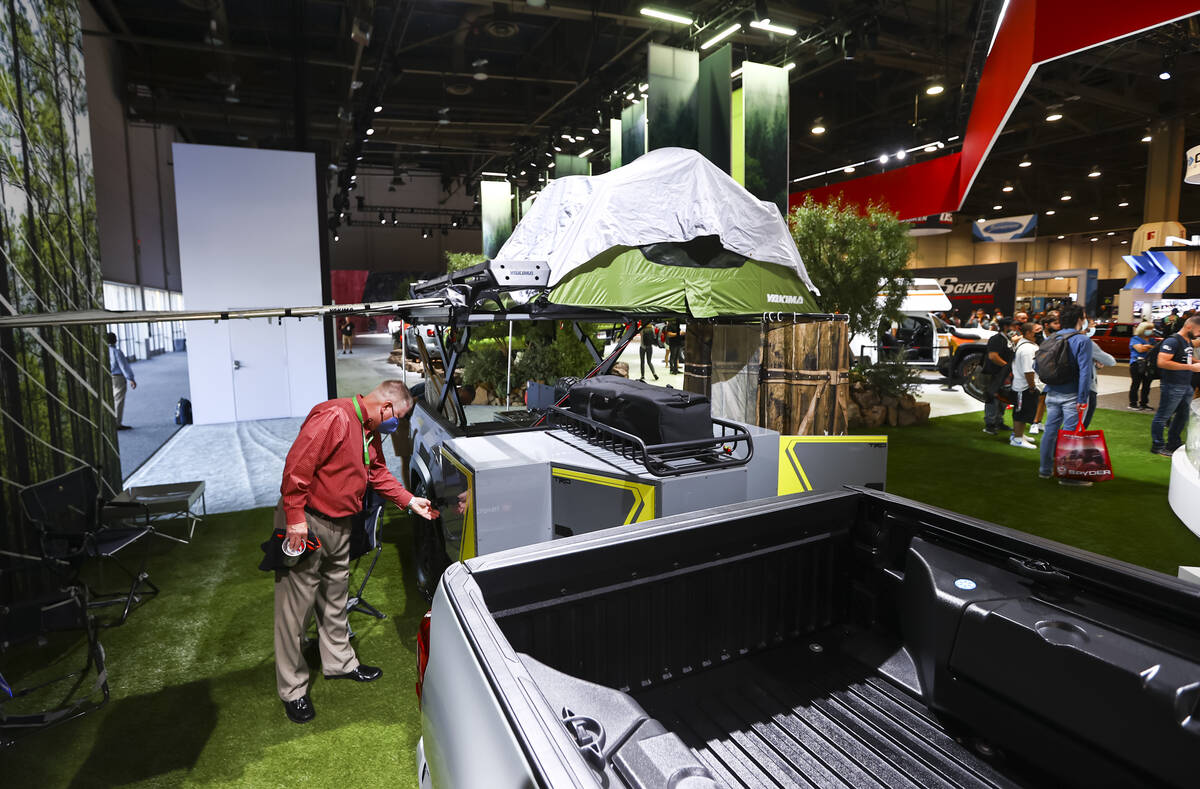 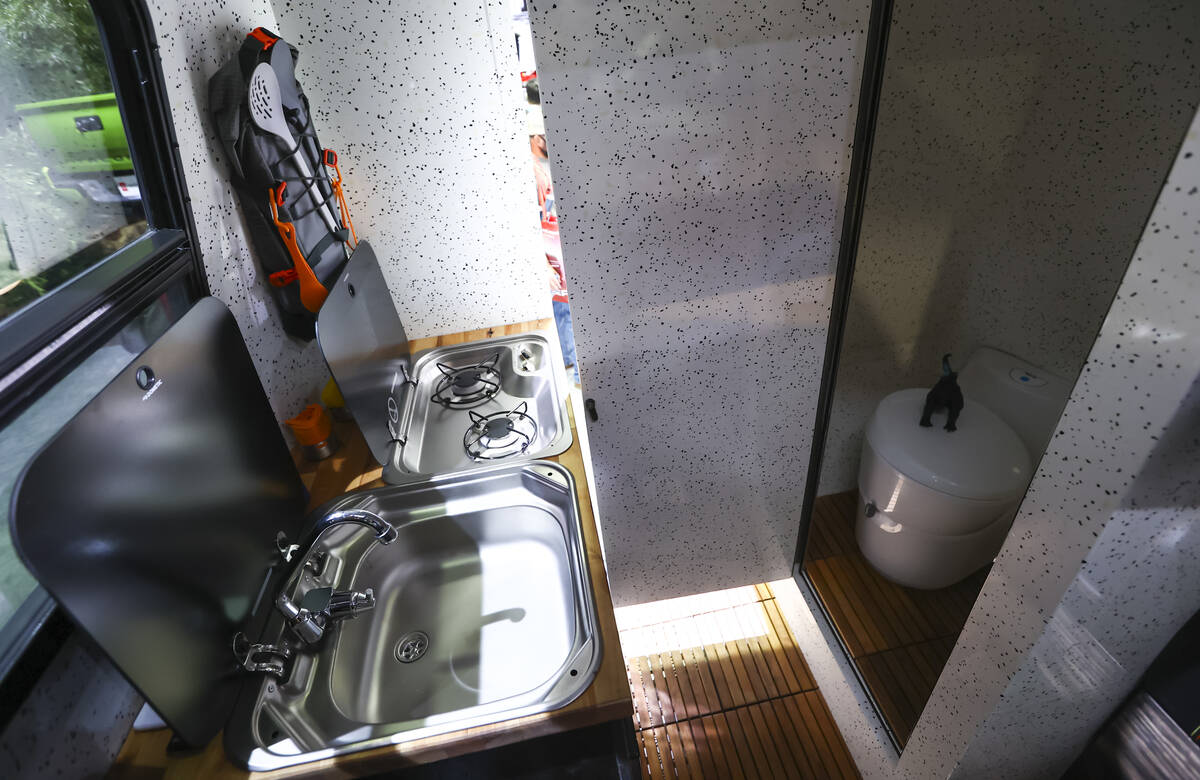 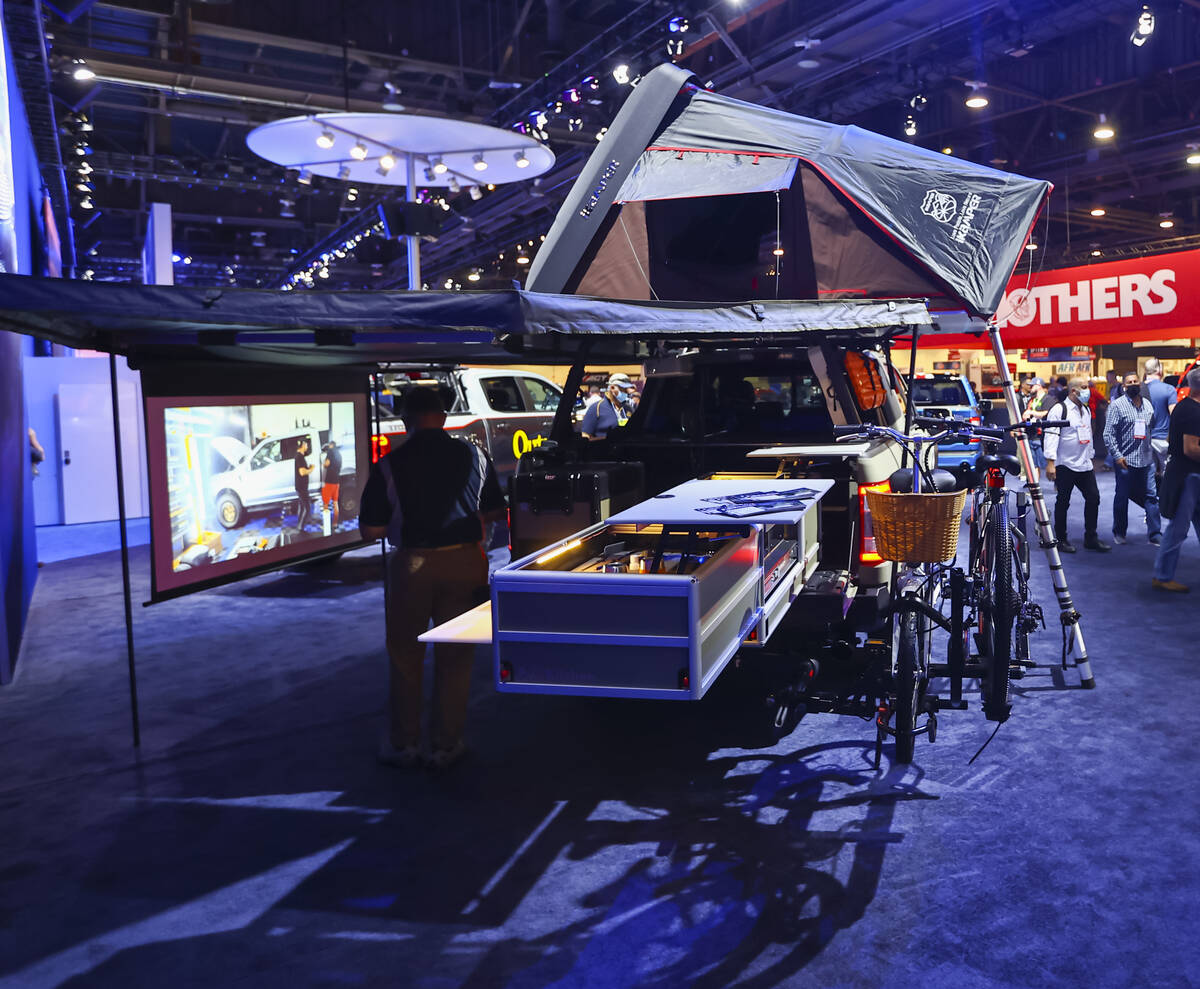 Car campers are answering the call of the great outdoors.

Overlanding — traveling to camp out of a vehicle — gained popularity during the pandemic as stores, shows and other forms of entertainment were unavailable, according to automotive and aftermarket industry insiders.

The practice has grown enough in recent years for SEMA to dedicate a section of the Las Vegas Convention Center show floor to overlanding gear; the section first appeared in 2019 and returned for this year’s show. The 2020 show was canceled because of the COVID-19 pandemic.

Individual setups vary but can include trailers, portable refrigerators, showers, toilets, kitchens, storage and roof tents. Many products require affixing to pickup beds while others are vehicles modified to resemble a more intense mobile home.

Tent and RV camping, overlanding and the outdoors have “been a big hit” during the pandemic, according to Parker Brink, CEO of Pull Kitchen, which sells complete kitchens that attach to a pickup bed. Brink said suppliers and vendors who work with his company “have all seen positive things” in the outdoor goods industry.

“With COVID, you can’t really go anywhere, but you can travel with your family and go out in the wild and have fun,” said Sam Lee with Illinois-based BTR Car Customs.

Toyota displayed at the SEMA show Wednesday multiple concept pickups designed with overlanding in mind. One model was a Desert Chase Tundra concept truck for overlanding and desert driving that is based off its 2022 Tundra redesign. But it was the Tacoma concept model dubbed “Tacozilla” that appeared to steal the show. A steady stream of onlookers circled around the truck, which resembled a classic camper with an overhead sleeping compartment for two, a shower/toilet closet, a gas stove, a sink and booth seating.

The Tacozilla name stems from the “taco” nickname Tacoma drivers have dubbed the pickup model series and because it’s “a beast of a vehicle,” Toyota Product Specialist Ally Kay said. Tacozilla features yellow, orange and gray striping along its body harkening to the Toyota campers of the 1970s and 1980s.

“People are hyped about it, to say the least,” Kay said. “Everyone wants to know when or if they can get this.”

Gear company iKamper launched its new Disco Series four-piece cooking gear on Monday and highlighted the product at its exhibitor booth Wednesday, after a successful Kickstarter campaign. The company started in 2013 but grew quickly in 2017 as one of its rooftop tent products gained traction, iKamper Managing Director Nathan Hendrix said.

The Disco Series includes an adjustable-height tripod; washable, dish-shaped cast-iron skillet; a smaller traditional cast-iron skillet and a portable propane stove. It can take multiple forms and costs $490, or $400 if bought through its Kickstarter page.

SEMA forecasts the light trucks to account for nearly 70 percent of all new vehicle sales by 2025. Association market research shows that pickups make up the largest share of spending on specialty equipment — $14.3 billion in 2020 sales or about 30 percent of the market.

An association “State of the Industry” report forecasted year-over-year sales gains for aftermarket truck products such as suspension parts, pickup beds, towing and off-road tires in 2020. This suggests, according to SEMA, “that the combination of federal stimulus money and government stay-at-home orders may have encouraged truck and Jeep enthusiasts to invest their extra money and time into working on their favorite projects.”

Hellwig Products benefited from the decrease in outside industry competition, said Mike Hallmark, marketing and international sales manager for the load and sway control products company.

People turned their attention to camping and camping gear, and his company sells products to support the added weight from overlanding truck gear, Hallmark said.

Successful overlanding is self-sufficient and self-contained, he said.

“You’re just limited by your budget and your time off on how long you can go out,” Hallmark said.