The Bricklayer 500 boasts that it’s known as “the Super Bowl of Masonry.”

But while Wednesday’s marquee World of Concrete event outside the Las Vegas Convention Center may have lacked some of the pageantry of the upcoming contest between the Rams and the Patriots, it also didn’t feature a performance by Maroon 5 — so it’s pretty much a wash.

Like any major sporting event, the Bricklayer 500 — a 60-minute skills contest designed to crown a world champion — kicked off with a stirring rendition of “The Star-Spangled Banner.” It ended with a dozen or more jubilant friends and family members wailing “O Canada” in the back of a 2019 Ford F250 as, for the first time in the event’s 17-year history, a foreigner set foot on U.S. soil and built a bigger, better wall than the 23 American competitors.

Think of the victory by 30-year-old Mario Alves of Hamilton, Ontario, as the masonry equivalent of Ivan Drago stalking into Las Vegas and straight up ending Apollo Creed.

Masonry Madness, the daylong series of competitions, awarded thousands of dollars in cash and merchandise to apprentices and journeymen through contests such as Fastest Trowel on the Block. But it was the Bricklayer 500, with its more than $120,000 worth of prizes on the line, that really drew the crowds — 10 deep along some portions of the arena with hundreds more looking on from the bleachers.

“Even ’em up. Even ’em up. Let’s go!” screamed some of the 18 hotel rooms’ worth of supporters cheering behind J.T. Payne of Cape Girardeau, Missouri. At one point, Payne had to quiet the crowd so his tender — the mason’s assistant who tends to his stall, keeping the bricks stacked and within easy reach — could hear him.

“His mud is even!” a spectator on the other end of the arena exclaimed, one of the nicest compliments a bricklayer can hear regarding his use of mortar.

As if fans and spectators needed more excitement, volunteers flung gimme hats and T-shirts into the crowd while a DJ blasted Guns N’ Roses, Bon Jovi and Mötley Crüe — so very much Mötley Crüe.

For the Bricklayer 500, the two-person teams of masons and their tenders work together to build as much of a two-brick-wide wall as they can in an hour.

It’s a combination of speed, artistry and teamwork not unlike dance partners — although you’d certainly never say that to their faces — as the tenders haul back wheelbarrows or buckets full of fresh mud and chuck flawed bricks out of the way. (Each brick with a chip greater than a half-inch in diameter results in a 50-brick deduction from the final count. That’s one of 11 very strict measurements that can lower a mason’s final score.)

In the end, Alves and his tender, his brother Michael Alves, tallied 760 bricks with no deductions to outpace Cole Stamper of Wheatley, Kentucky, who laid 749 with no deductions. And, yes, should Tom Cruise ever star in the “Masonry Madness” movie, you can rest assured that he’ll play a character named “Cole Stamper.”

“It’s so euphoric. It’s unexplainable,” Alves said, draped in a Canadian flag, after he was handed the keys to that Ford truck as part of his prize package.

Now he just has to figure out how to get it back to Ontario.

Even though Alves suspects he’d have some questions to answer at the border, he hopes to continue the celebration by driving home.

There’s also the matter of the work that’s waiting for him when he gets there.

“I’m his boss,” his brother, Michael, interjected, “so I’m gonna give him a few days off.” 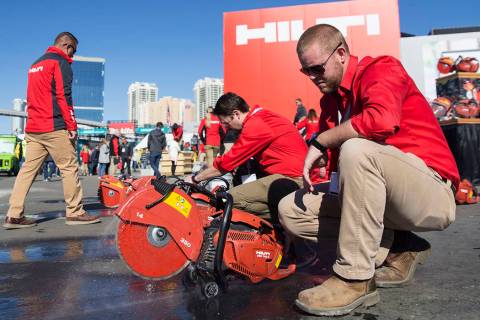 The crowd at the 2019 World of Concrete was a mix of contractors, salespeople and industry experts from all over the world, but many agreed on onething Thursday: the trade show is a lot to take in. 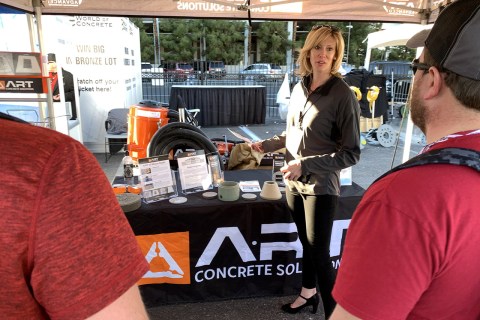 With the World of Concrete in town, the Review-Journal decided to find out how crews handle the potential pitfalls of building with the construction material during Southern Nevada’s searing summers. 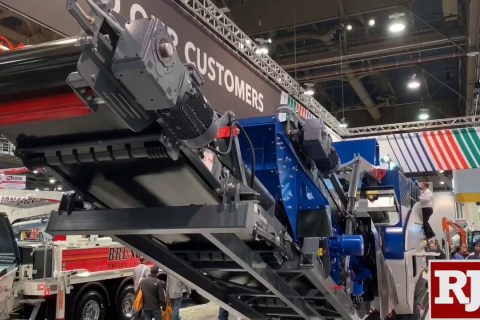 The World of Concrete convention has exhibitors selling everything from hose assemblies and hydraulic tools to concrete polishers. Here is a look at three hulking pieces of equipment on display this week. 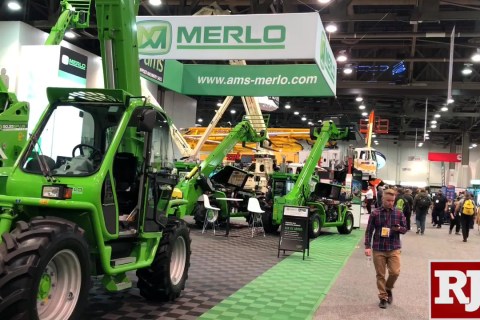 The process of moving in trucks that weigh up to 60,000 pounds takes multiple days. 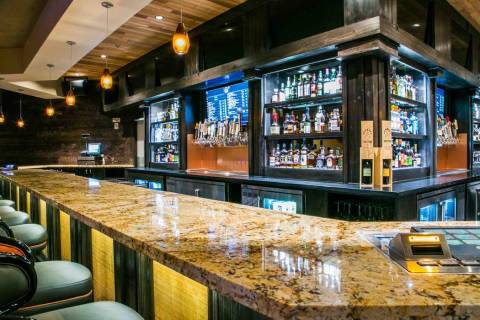 Enjoy a beer in Las Vegas after World of Concrete, Shot Show
By Al Mancini / RJ

It certainly isn’t difficult to find a beer in Las Vegas. But if you’re looking for just the right brew, in just the right environment, without traveling too far from your hotel, we’ve compiled a list of a few places you may want to explore. 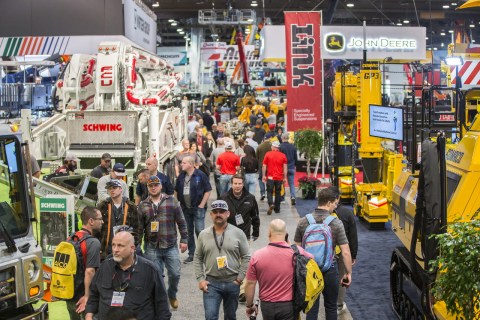 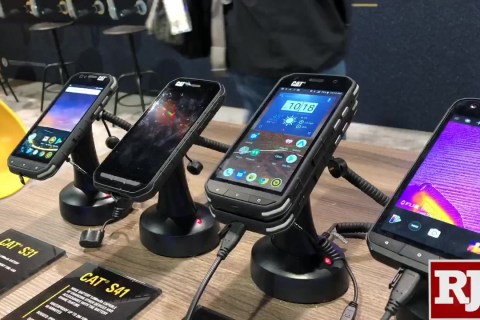 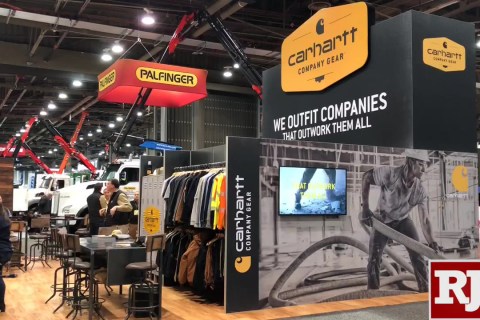 Women made up 9.9 percent of construction employees in 2018 compared to 9.7 a decade prior, according to data from the Bureau of Labor Statistics. 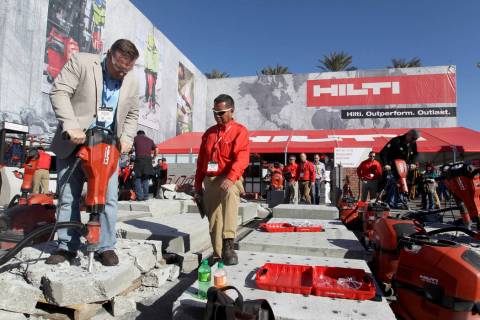 Representatives of the nation’s concrete industry need only take a quick look around to see how their craft is changing the Las Vegas skyline.