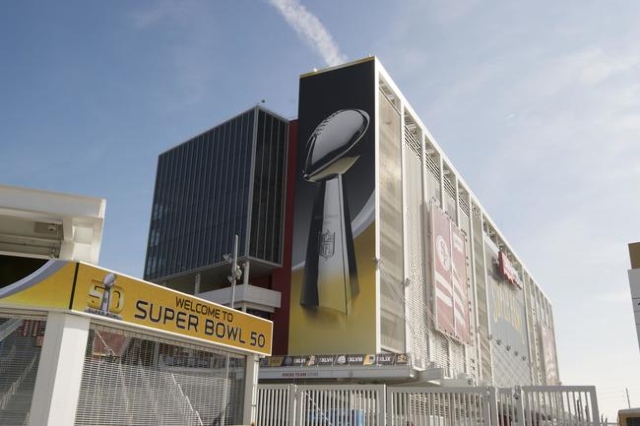 The clock is running down on a deal that would keep Super Bowl 50 on the air for nearly half of the local TV-viewing market.

CBS affiliate KLAS TV Channel 8, which will air the big game on Feb. 7, is still negotiating with cable provider Cox Communications to keep Channel 8’s signal on Cox. A distribution agreement between the two expired on Dec. 31, and an extension of talks is set to expire Friday at 11:59 p.m. if the sides can’t strike a new contract.

Without a deal, Cox subscribers, who make up 48 percent of TV households in the Las Vegas Valley, will see a blackout screen when they tune into Channel 8.

“What people should understand is that these demands for fee increases are continuing to escalate and that’s what pushes up pay TV bills not just for Cox customers, but for pay TV customers and providers around the country,” Barbusca said.

Barbusca added that Cox officials are “disappointed” that Nexstar “has openly used the Super Bowl to scare customers.”

“We’re anxious to get back to the table and get a deal done that is fair and reasonable for Cox customers,” he said.

Channel 8 executives won’t disclose details of what Cox pays the station for its signal.

But station Vice President and General Manager Lisa Howfield said on Jan. 22 that local network affiliates across the country are woefully underpaid for their programming. The industry has averaged less than $1 per household per month in past cable negotiations, she said. That compares to $8 per household for ESPN, which has fewer local viewers, she added.

TNT, which produces no local programming and airs repeats for most of the day, gets $1.65.

Broadcast stations generate about 35 percent of household cable viewing, yet get an average of 12 percent of total distribution payments, Howfield said.

Both sides are also enlisting customers in the battle.

Cox emailed a Thursday letter to subscribers saying Channel 8’s demands were “unrealistic … out of line and they are putting you in the middle.”

The letter asked readers to call Howfield directly. It also directed them to a website, coxcommitment.com, with details about the Channel 8 flap.

Meanwhile, Channel 8 executives have pointed out that cable viewers who want to watch the station’s programming can opt out of cable altogether, and subscribe to satellite TV or get a signal over the air with their high-definition TV antenna.