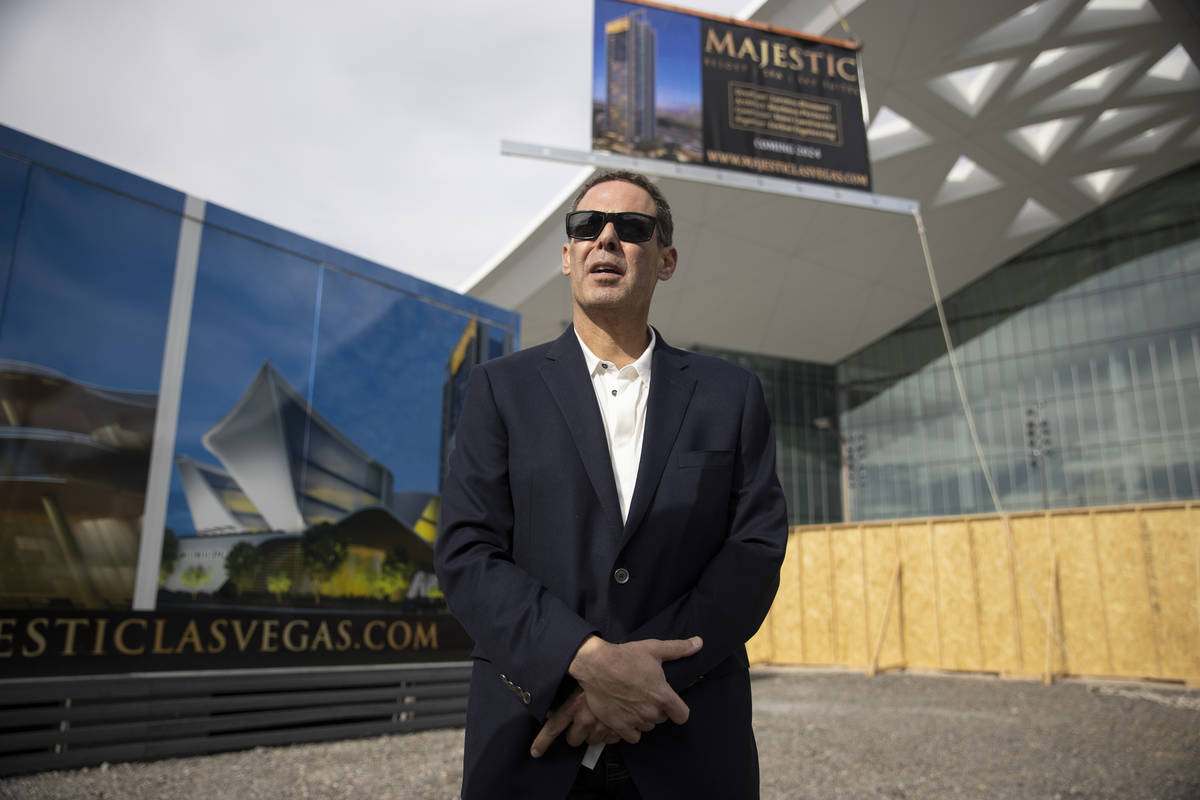 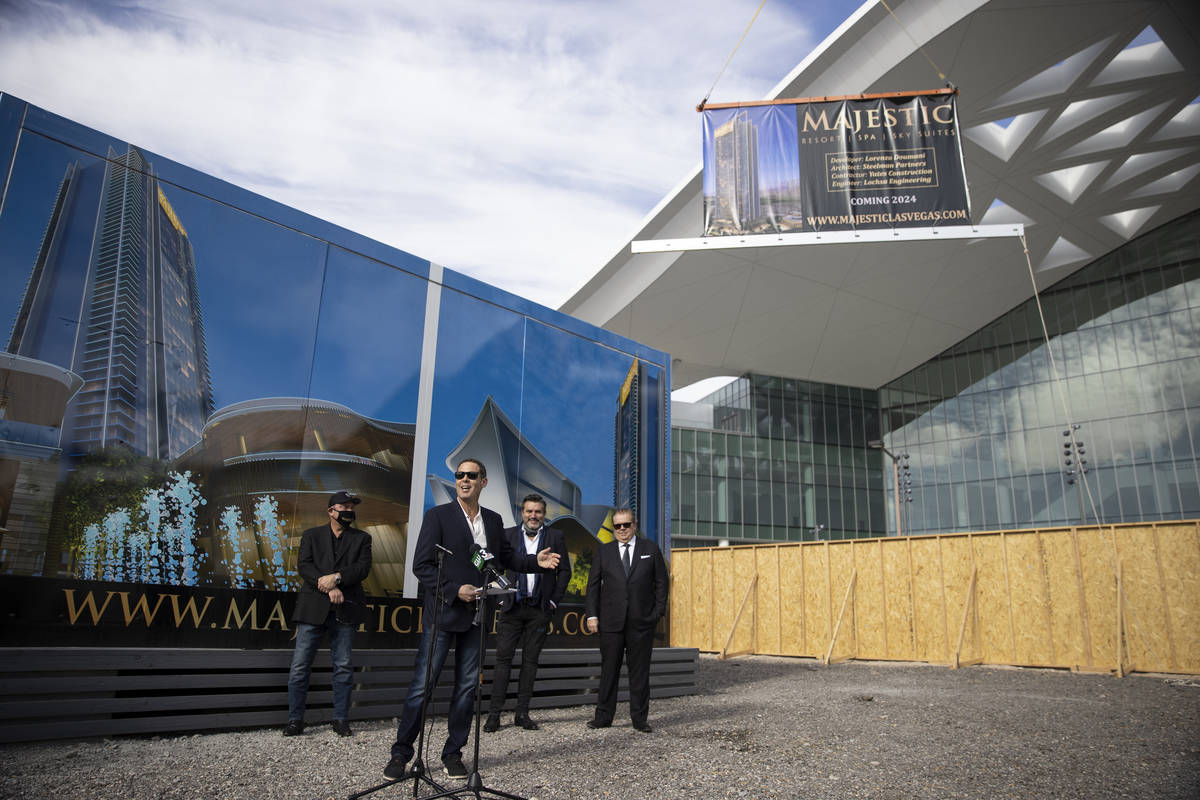 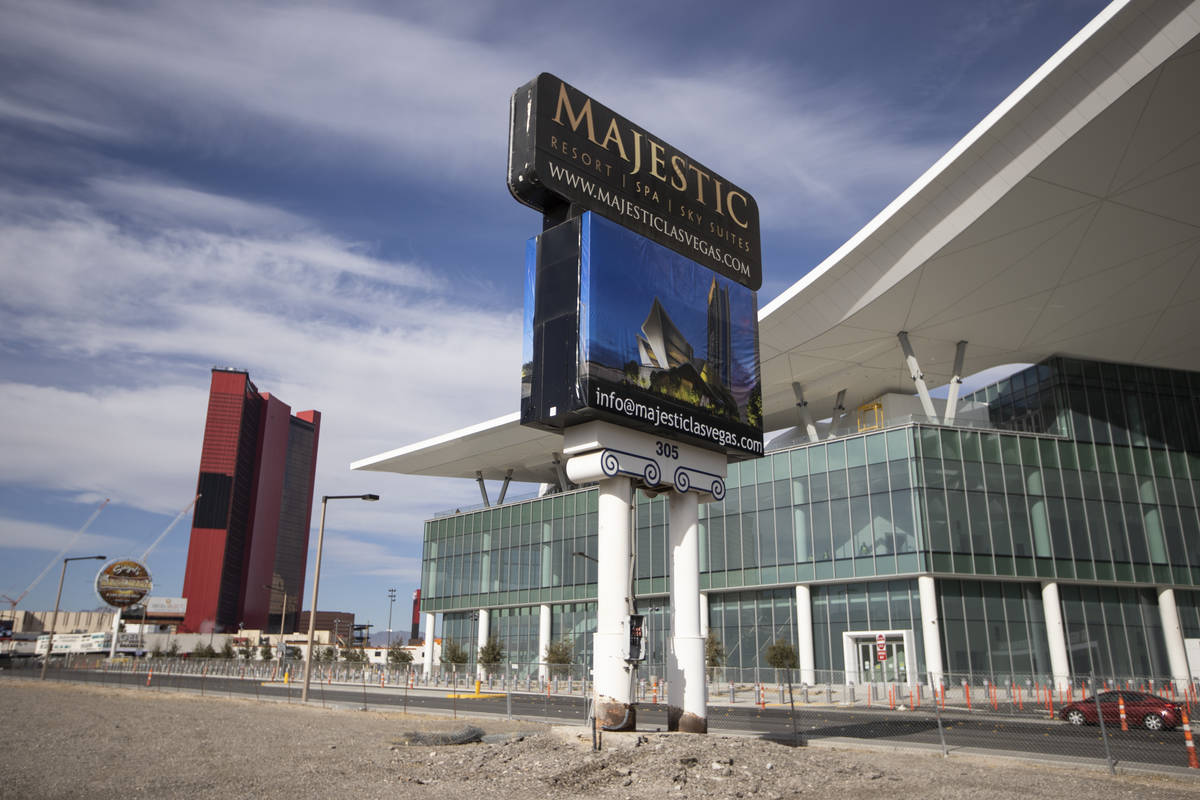 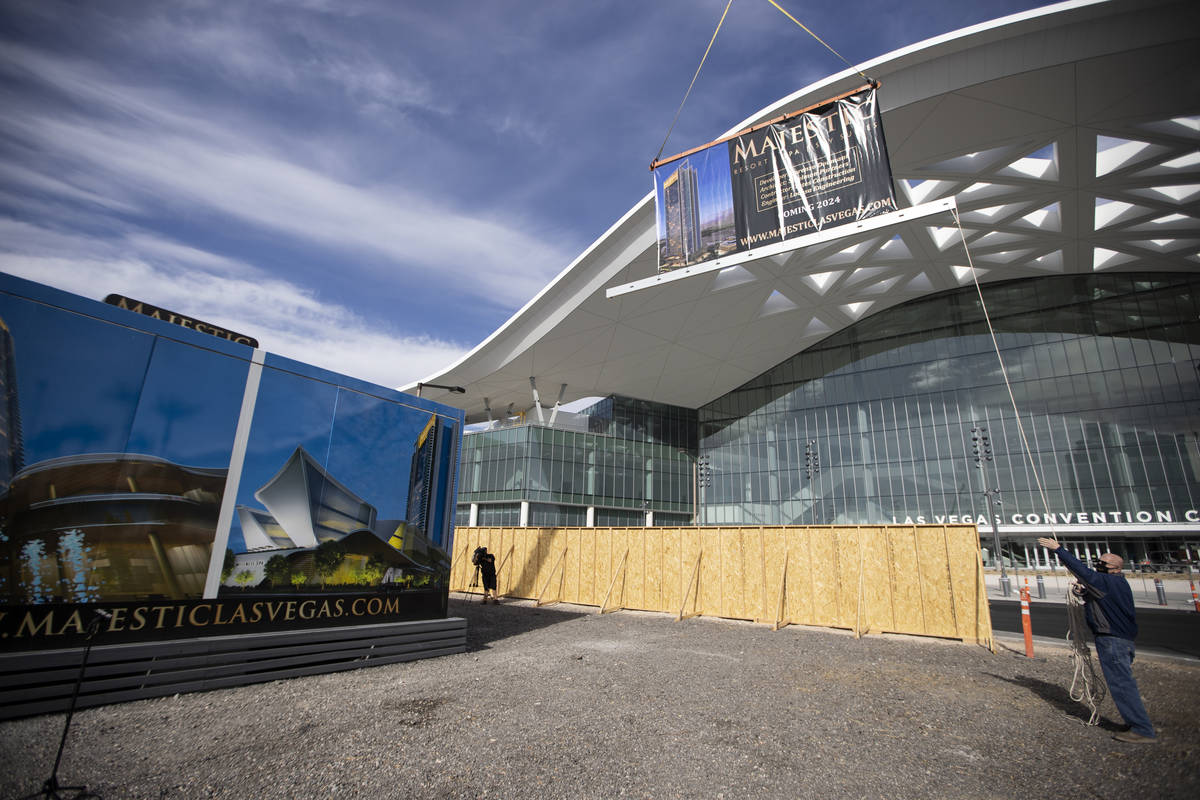 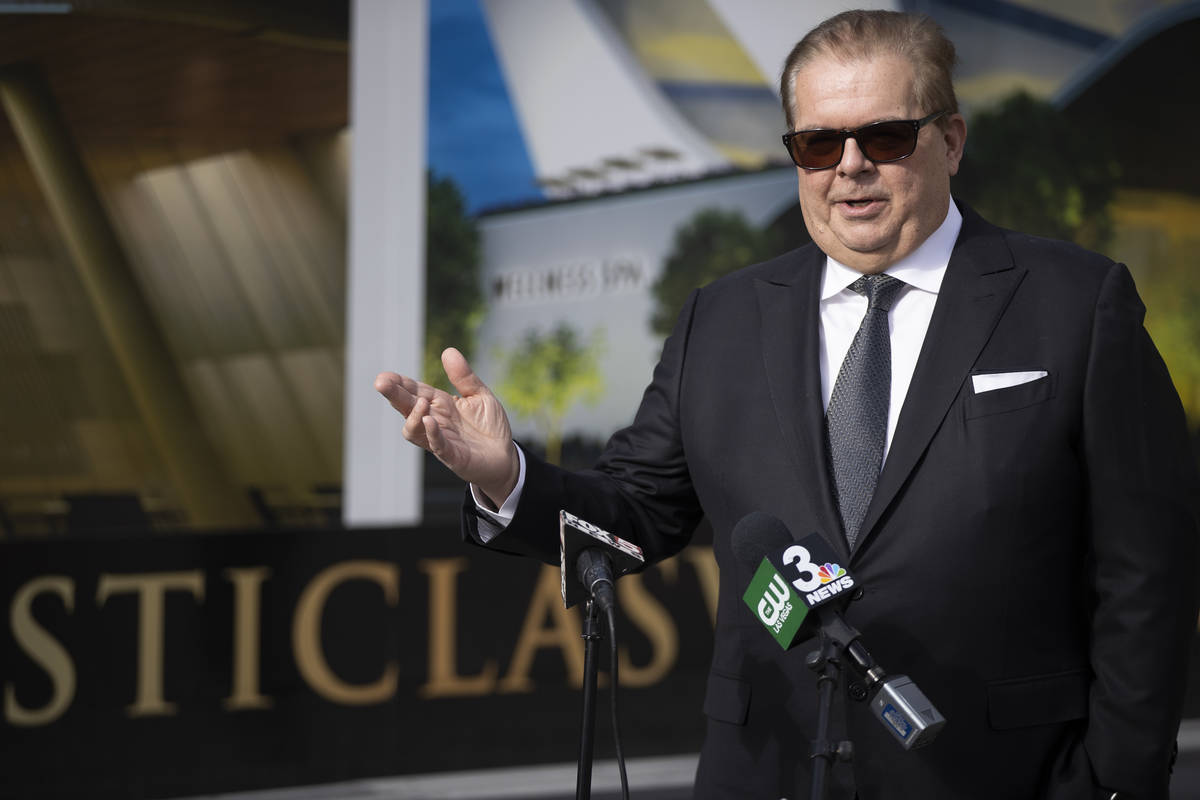 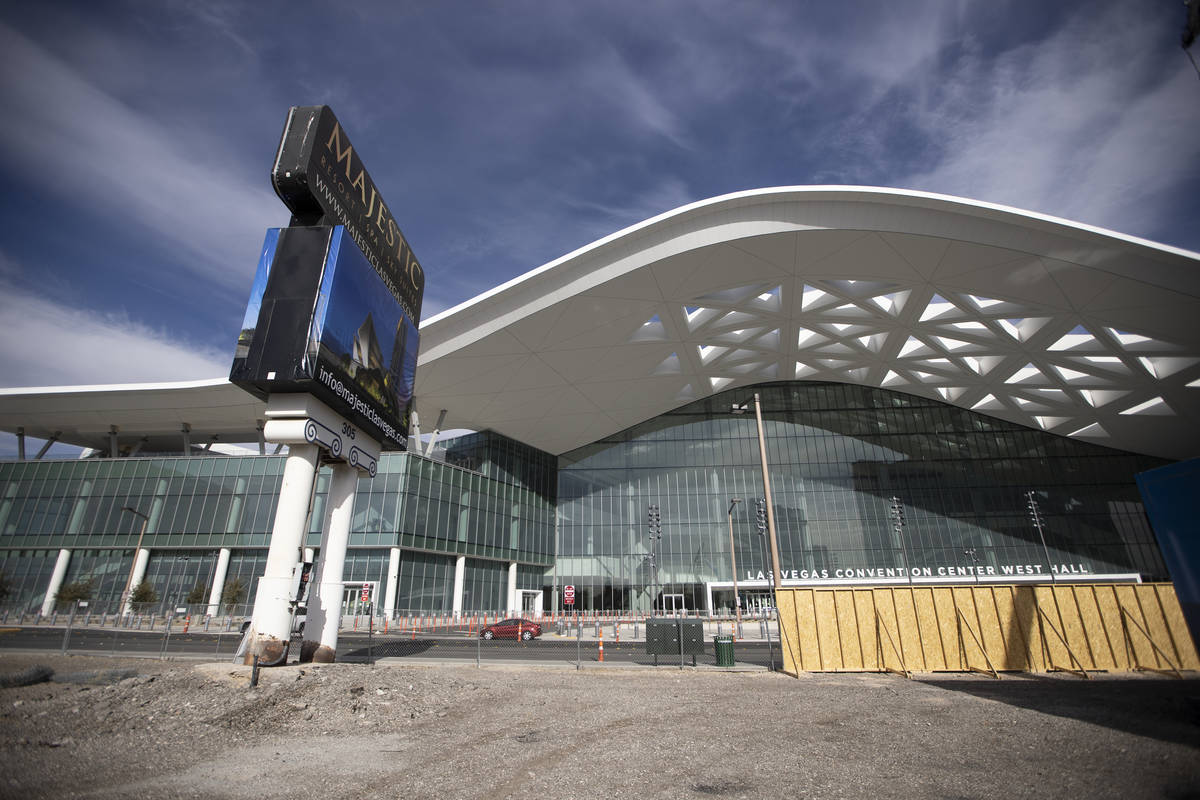 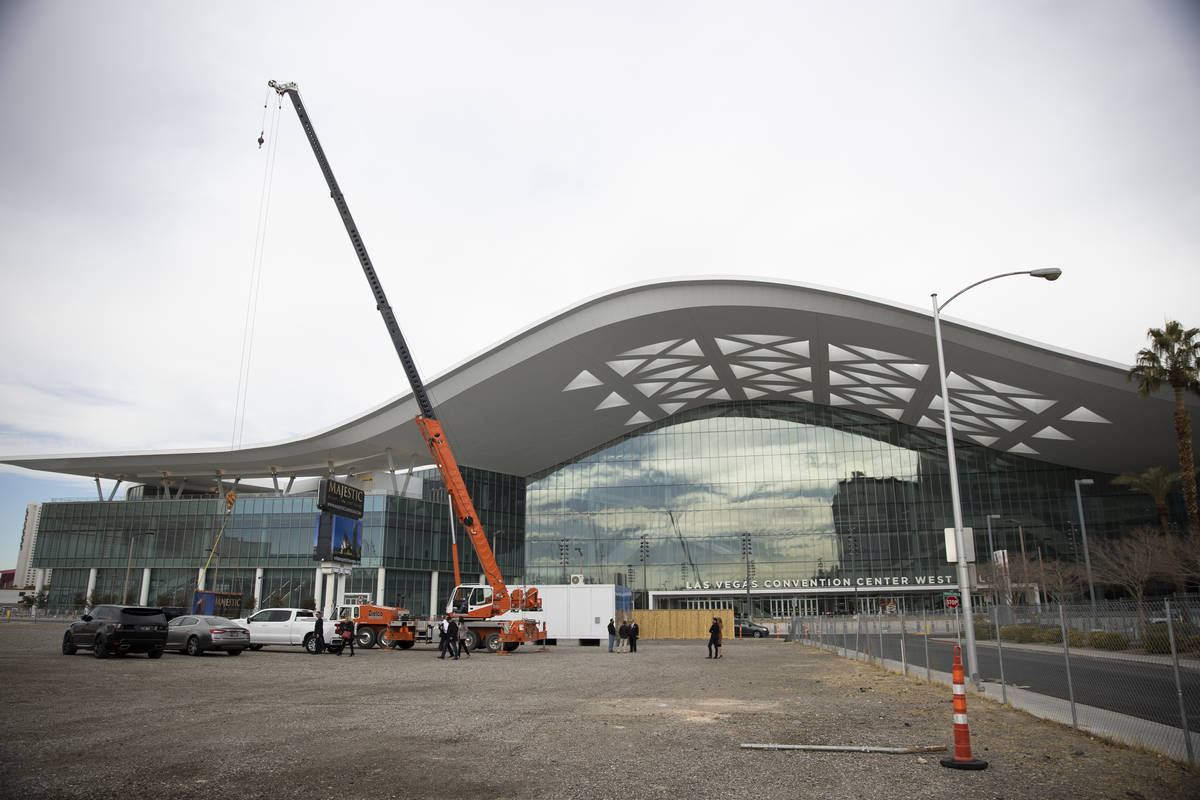 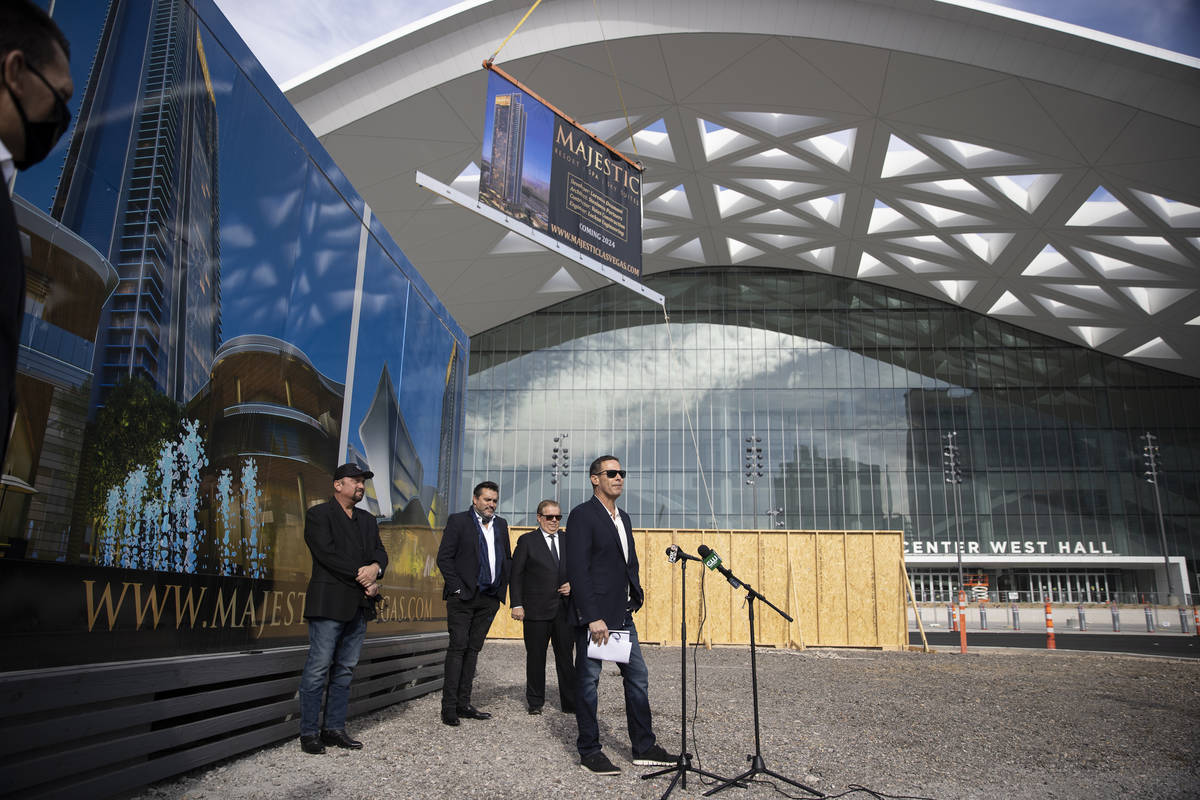 After a history of name changes, new owners and, finally, an implosion, a plot of land just east of the Strip is slated to get a luxury hotel.

Developer Lorenzo Doumani held a media event Wednesday to discuss plans for his resort project Majestic Las Vegas. He said he expects to break ground on the 720-room hotel in late summer or early fall and finish in 2024.

The roughly $850 million project at 305 Convention Center Drive will not have a casino and is aimed at business travelers. It is across the street from the newly expanded Las Vegas Convention Center and slated to feature 35 corporate suites, offered for sale from $10 million to $100 million, spread among the tower’s top 10 floors.

Of course, the coronavirus pandemic has dealt a crushing blow to Las Vegas’ tourism industry and shut off conventions, though Doumani figures things will largely be back to normal by the time he opens Majestic.

“By then it better be, or the world’s got a lot bigger problems, trust me,” he told the Review-Journal at Wednesday’s event. “If we’re still dealing with this stuff in late 2024, you know, God help us all.”

The project site is the former home of the Clarion, which Doumani imploded in 2015. The 12-story hotel had around 200 rooms — not particularly big by Vegas standards — but the building’s history was far from boring.

It opened in 1970, and over the years its names included the Royal Inn, the Paddlewheel, the Debbie Reynolds and the Greek Isles. After going bankrupt under the late actress Debbie Reynolds, it was bought at auction in 1998 by the World Wrestling Federation.

The WWF laid out plans to demolish the hotel and build a 35-story wrestling-themed casino but ended up selling the property in 2000.

A developer bought the property in 2007 and filed plans for a 1.4 million-square-foot project featuring two hotel towers. But after the real estate bubble burst, lenders filed court papers in 2009 to push the owner into bankruptcy, and the property was lost to foreclosure.

Doumani bought the hotel in 2014, though even its implosion didn’t go as planned. Part of an elevator shaft survived the blasts and had to be pulled down with steel cables.

Doumani obtained Clark County approval of his hotel plans in 2019 and had hoped to break ground last year. The pandemic, however, delayed his plans by 15 to 18 months, he said.

Coronavirus vaccines are being rolled out, though it’s anyone’s guess how long it will take for people to feel safe to travel again or for businesses to hold in-person trade shows and conferences like they used to.

Doumani, for one, doesn’t expect tourism to immediately roar back.

“I hope I’m wrong, and I wish I could be a little more optimistic,” he said.