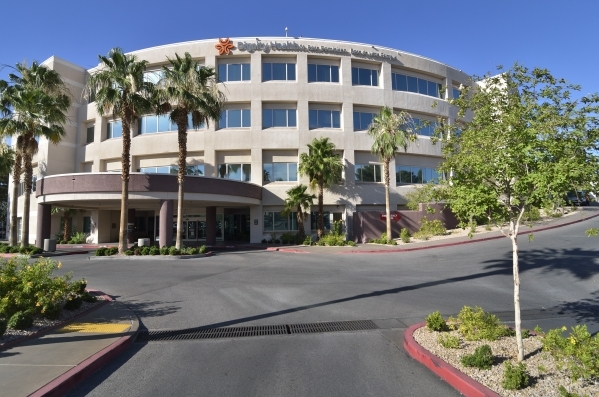 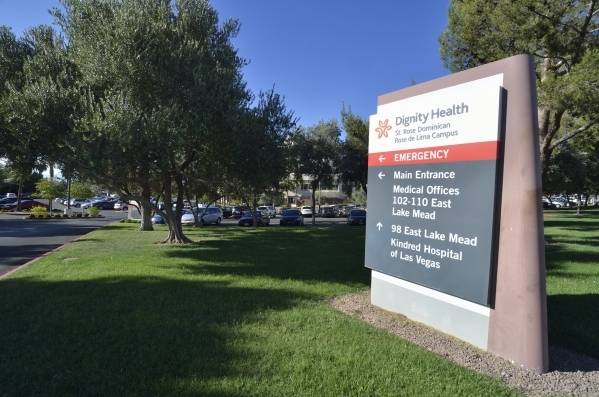 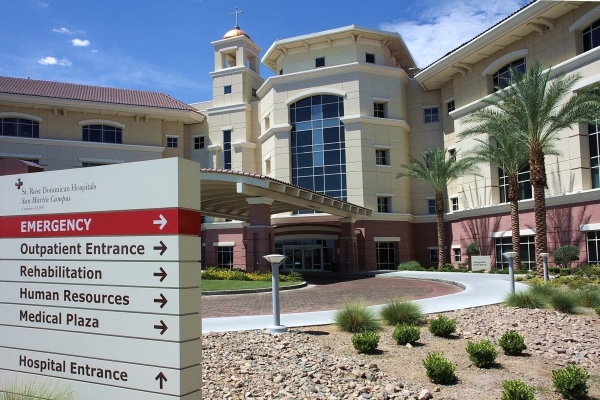 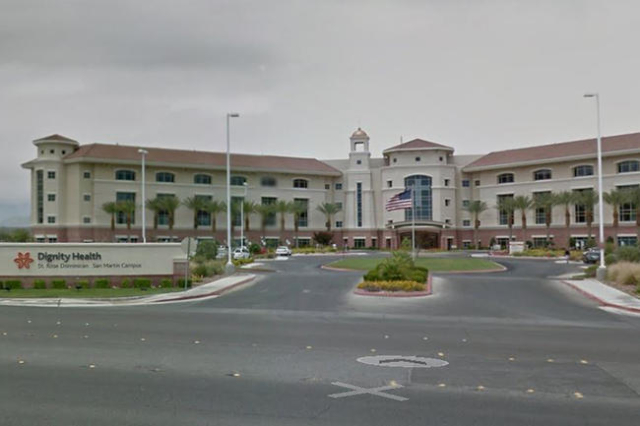 A new hospital model is coming to the Las Vegas Valley.

The medical centers will have six to eight inpatient beds each, compared with the 120 to 330 beds inside Dignity’s existing local campuses. They’ll also house primary-care offices, full emergency departments, diagnostic imaging services and lab services. They’ll cost about $25 million each to build.

“We want to focus our existing hospitals on much more complex care, and giving that care in an excellent way,” Brannman said. “We’re going to reach a point where our larger hospital platforms are going to be where you have people with catastrophic or major illnesses. A lot of people come to emergency departments with problems that may not meet the pure, clinical definition of life-threatening injury. We want to create a more streamlined way of giving them care.”

Of the 250 people a day who visit St. Rose Dominican’s Siena campus at 3001 St. Rose Parkway, 60 percent are at a “lower level of acuity,” Brannman said.

Each hospital will create more than 100 permanent jobs. They’re scheduled to open by summer 2017.

Texas-based hospital manager Emerus, which has relationships with prestigious hospital systems including Baylor University’s Health Care System, will partner with Dignity Health to build and operate the medical centers. The joint venture will also “lay the groundwork for additional facilities through the region,” Dignity Health said in a statement.

“We are honored to partner with Dignity Health-St. Rose Dominican, an organization that values excellence, compassion and collaboration,” said Dr. Toby Hamilton, CEO of Emerus. “Dignity Health-St. Rose Dominican hospitals will continue to grow as the Las Vegas region grows. They are positioned to be the region’s leader in the delivery of efficient, value-driven, community-based health care now and into the future.”

Dignity just doubled the size of the emergency room and added 96 private inpatient beds to its 326-bed Siena campus. It also expanded its admitting, nutrition, radiology, pharmacy and endoscopy services.

Valley Health System is building a 144-bed, four-story tower to go with its 237 existing beds at Spring Valley Hospital Medical Center, at 5400 S. Rainbow Blvd. The expansion is scheduled for completion in the fall.

Valley Health is also adding 36 beds on the fourth floor of Centennial Hills Hospital Medical Center at 6900 N. Durango Drive, for a total of 226 beds when the project is finished in late 2016.

And Valley Health is planning its sixth local acute-care hospital, the $168 million Henderson Hospital inside the Union Village development at U.S. Highway 95 near Galleria Drive and Gibson Road. The $168 million hospital will have 142 beds for pediatrics, surgery and emergency care.

Brannman said Dignity Health will consider two to four more sites for its neighborhood hospital concept if the first four are well-received.

Brannman and other health industry experts said there’s room in the local market for smaller medical centers despite the surge in hospital construction.

But in the long run, larger centers such as Dignity Health’s 100- and 300-bed hospitals, are a better option for the community, Forman said. That’s because big hospitals can create more residency positions for doctor training, which helps boost the number of providers in the community.

Las Vegas ranks No. 47 in the nation for its share of primary-care doctors and access to emergency rooms, Brannman said.

“From my perspective, this is a drop in the bucket,” Forman said. “It doesn’t increase the capacity of our programs so that you can have more robust graduate medical education.