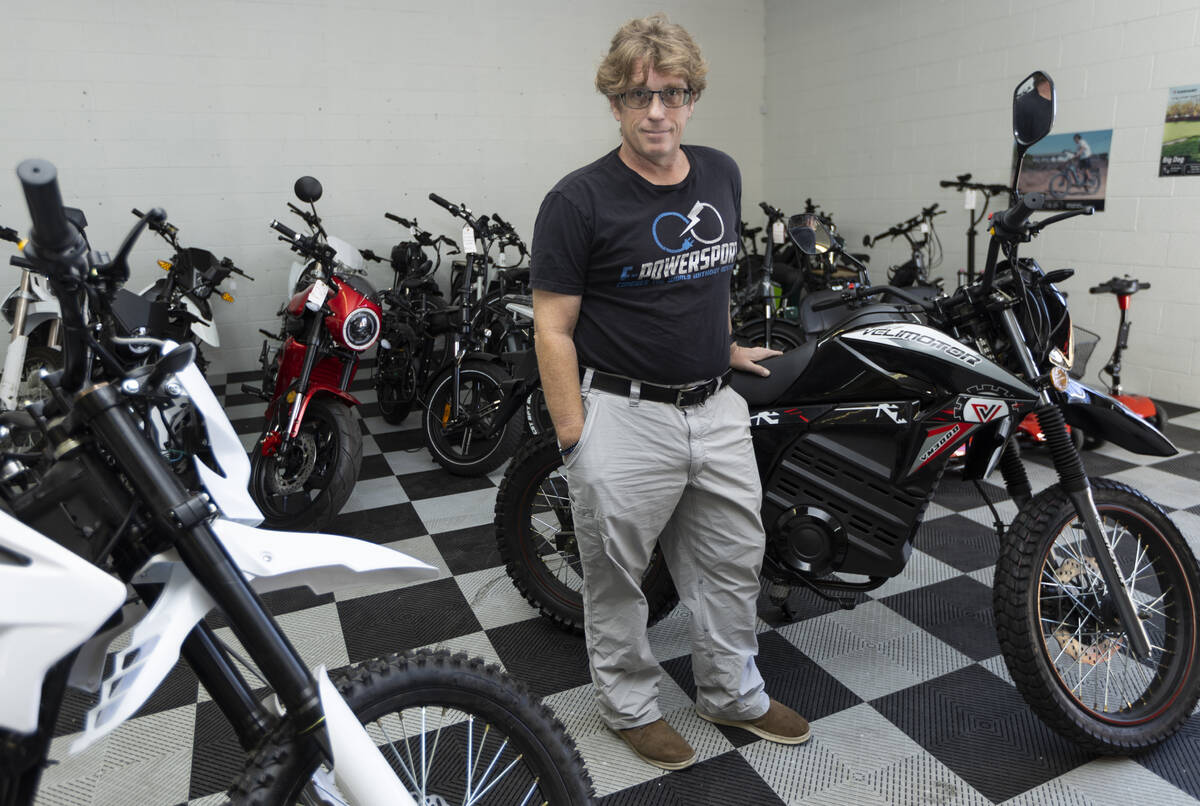 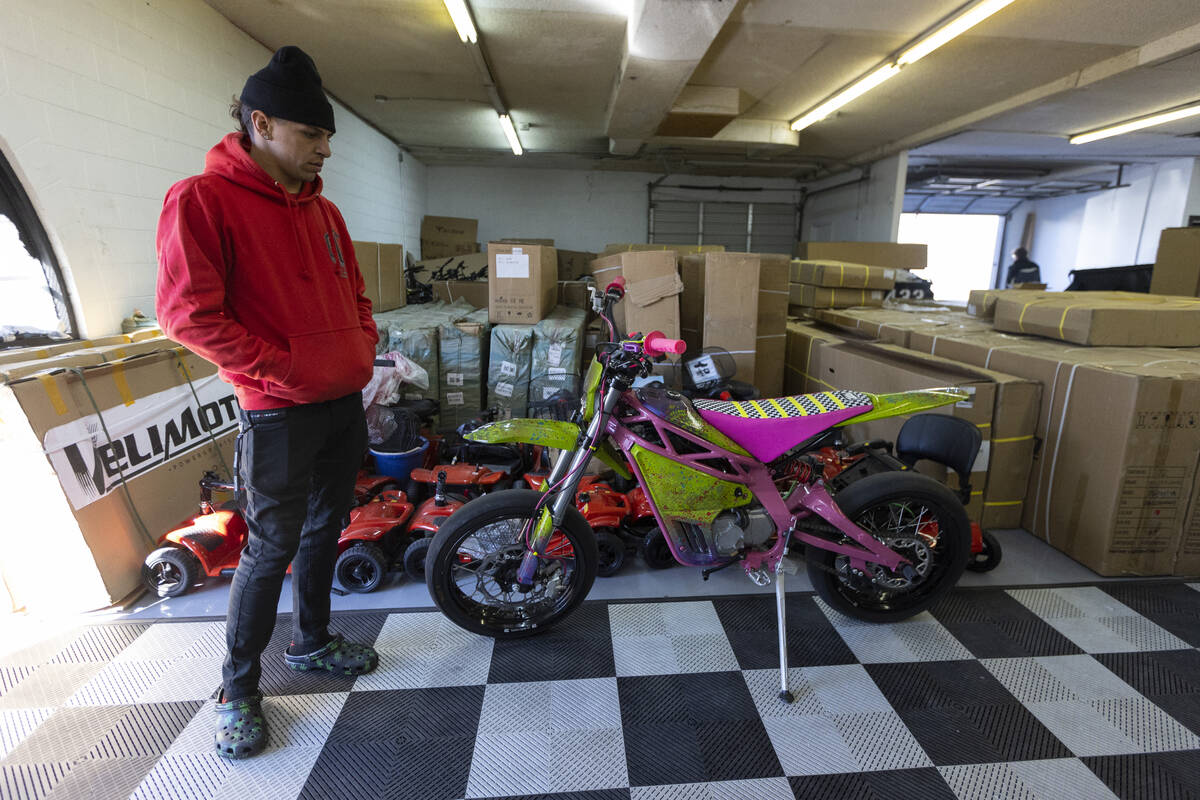 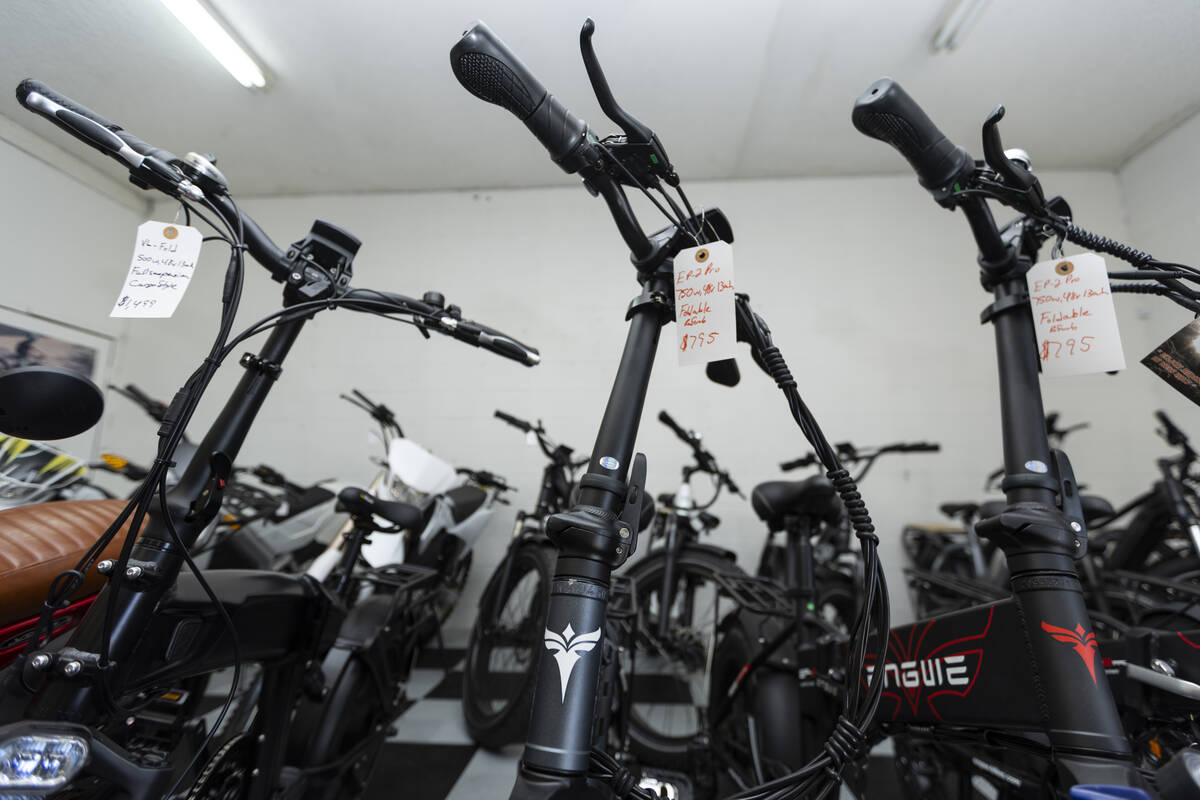 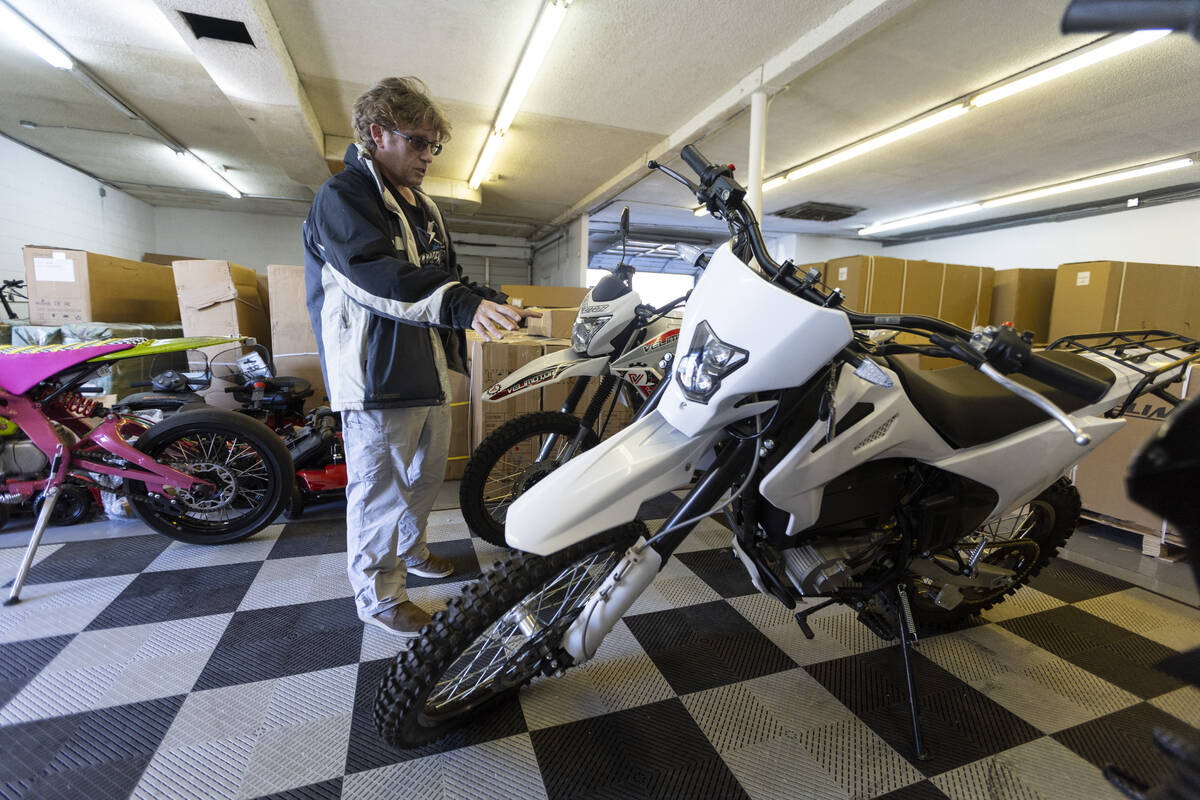 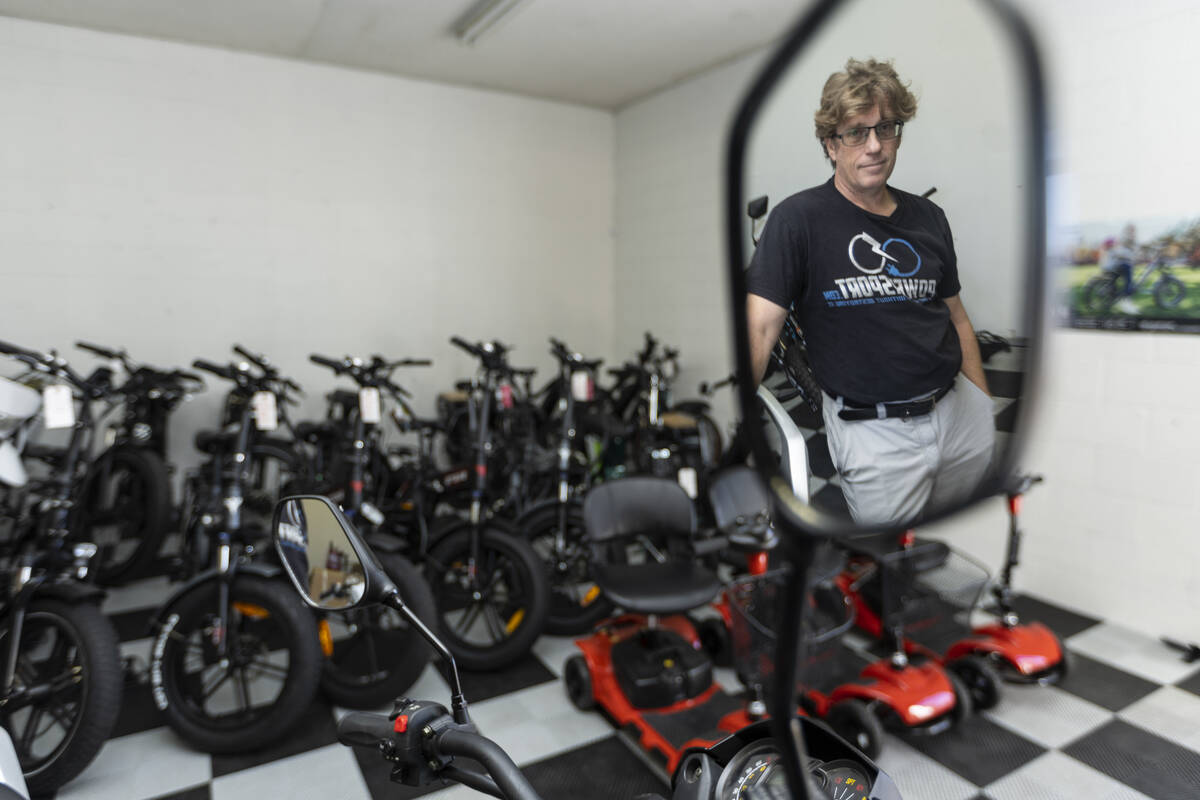 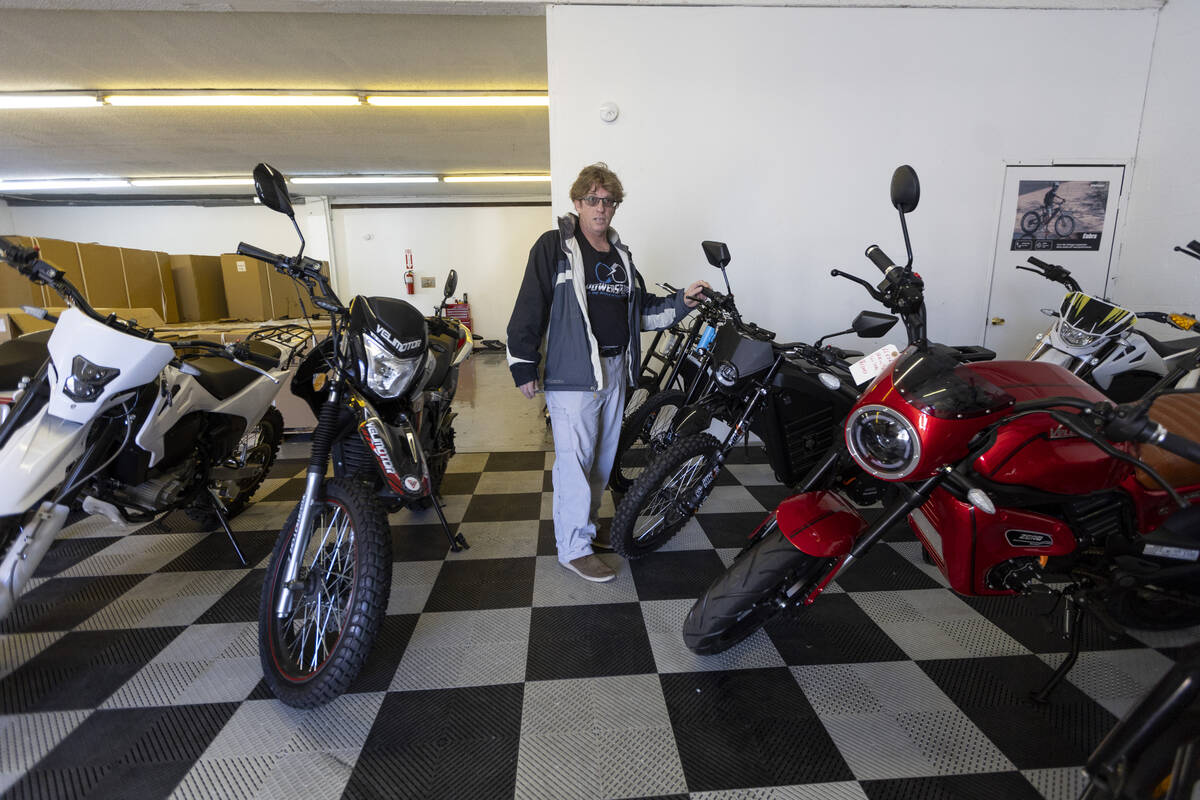 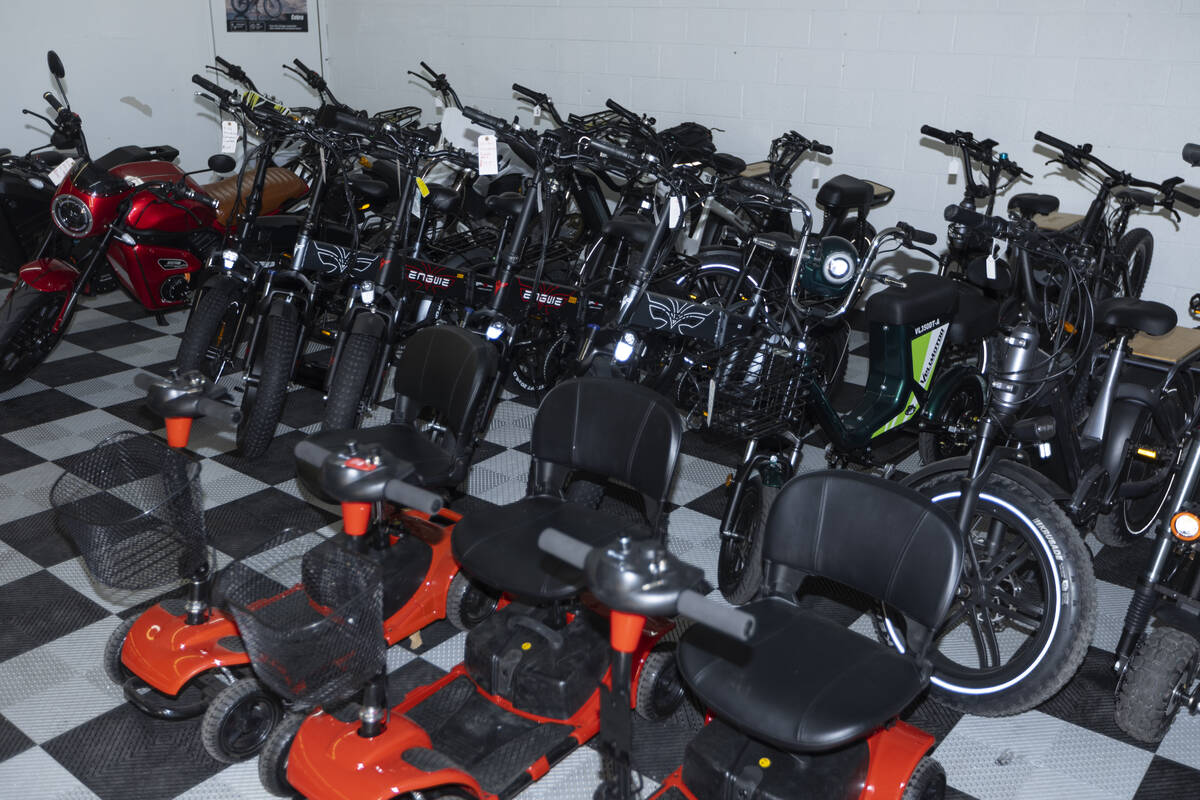 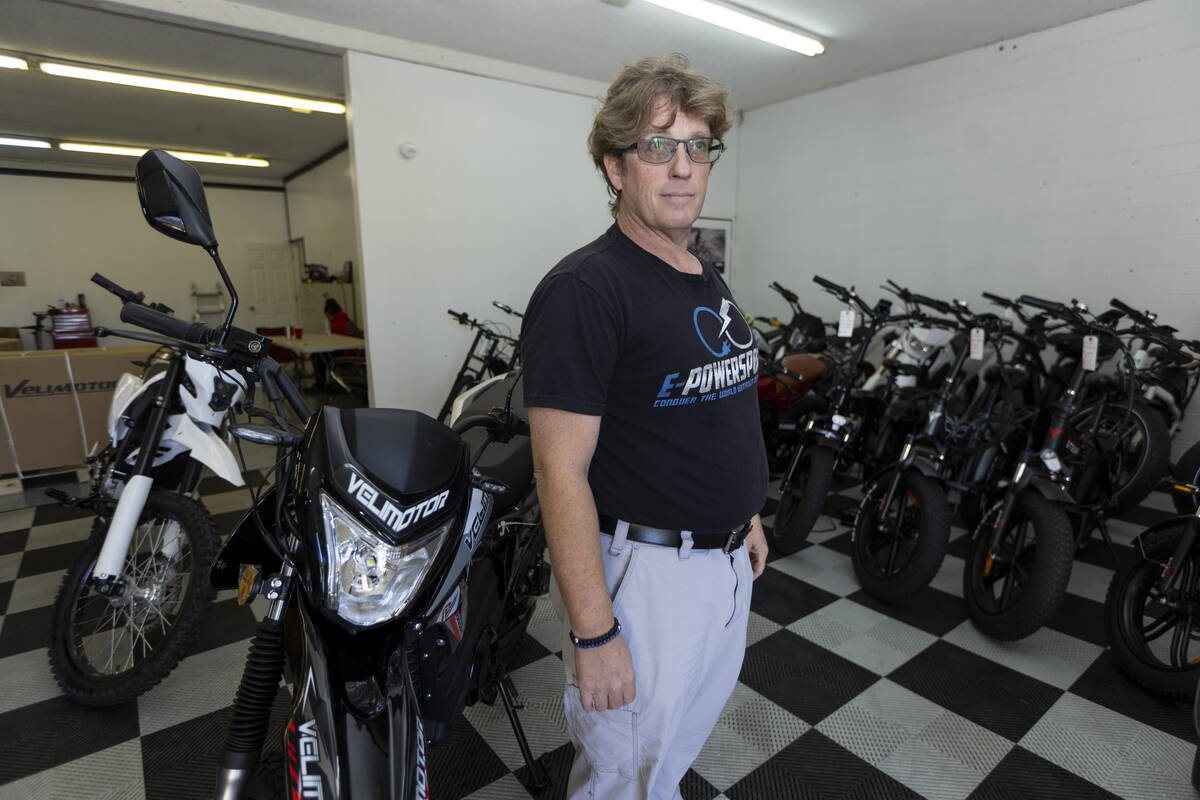 John Reagan said the success of his new business, Las Vegas-based E-Powersport LLC, will be measured by how affordable and accessible its electric bikes and motorcycles are to the everyday person.

He is hoping a consumer with a long commute or someone such as a resort worker or courier will be able to see the cost savings from using an e-bike.

“Right now, it’s just a rich person’s toy. But the goal is to democratize it,” Reagan said.

The company plans to hosts its grand opening at 10 a.m. Black Friday.

He said the first step for the business is lowering costs by dealing directly with the manufacturer. Often in the industry, a larger company will add its branding to the original manufacturer’s bike, adding costs to the consumer, according to Reagan.

“As I researched (e-bikes), I just realized that they seemed really expensive for what you’re getting out of it,” said Reagan, a former human resources, recruiting and business consultant. “Some of the names out there were taking people’s money and then telling them to wait a year or two to get a bike. So it was very concerning to me, and coming from where I do in the corporate world, I just figured I could do it better.”

At the company’s showroom on Western Avenue north of West Sahara Avenue, Reagan and chief engineering officer Tom Sapia have about 200 e-bikes and e-motorcycles. Customers can take a test ride before purchasing.

Prices start at about $500 for a mini e-bike, though most models fall in the $1,000 range for cruiser-sized bikes. In contrast, other popular brands like Pedego start their prices at about $1,200.

Sapia said the company also offers a full repair and parts depot with some complimentary services under warranty and others for sale.

Sapia and Reagan teamed up in July to put together the business. Sapia, a lifelong engineer, was selling e-bikes out of Ojai, California, after years of building them for friends to take to Burning Man. A friend connected Sapia and Reagan, who had been running E-Powersport’s online shop since September 2021, to combine their efforts.

The pair hopes to eventually have an indoor test track near their showroom that could be more of an experience for Las Vegas visitors to expose them to electric bikes.

Sapia is encouraged that wide adoption will catch on, in part because of the savings the bikes provide. He estimated that the distance traveled on one gallon of gas could cost six times as much as the same distance on an e-bike — which can easily “refuel” at home. They charge through electric batteries that are about the size of a laptop battery for the e-bikes and slightly larger for the e-motorcycles.

“If everybody in Las Vegas who had a daily commute could actually get one of these and just do their thing instead of putting expensive gas in your Hummer — you don’t even notice it on your electric bill,” Sapia said.

The partners also want to advocate for better bike infrastructure, such as protected bike lanes, and other policies like increased penalties for drivers involved in crashes. Reagan said that was always his intent, but it became more obvious after he was hospitalized in July when a driver in a pickup truck hit him on Decatur Boulevard near Meadows Mall as he rode a 500-watt e-bike.

“It’s really made me think about the way when customers would come to me before and say, ‘I don’t feel safe on the streets, or else I would use this all the time.’ Having been hit really drove that point home for me,” he said.