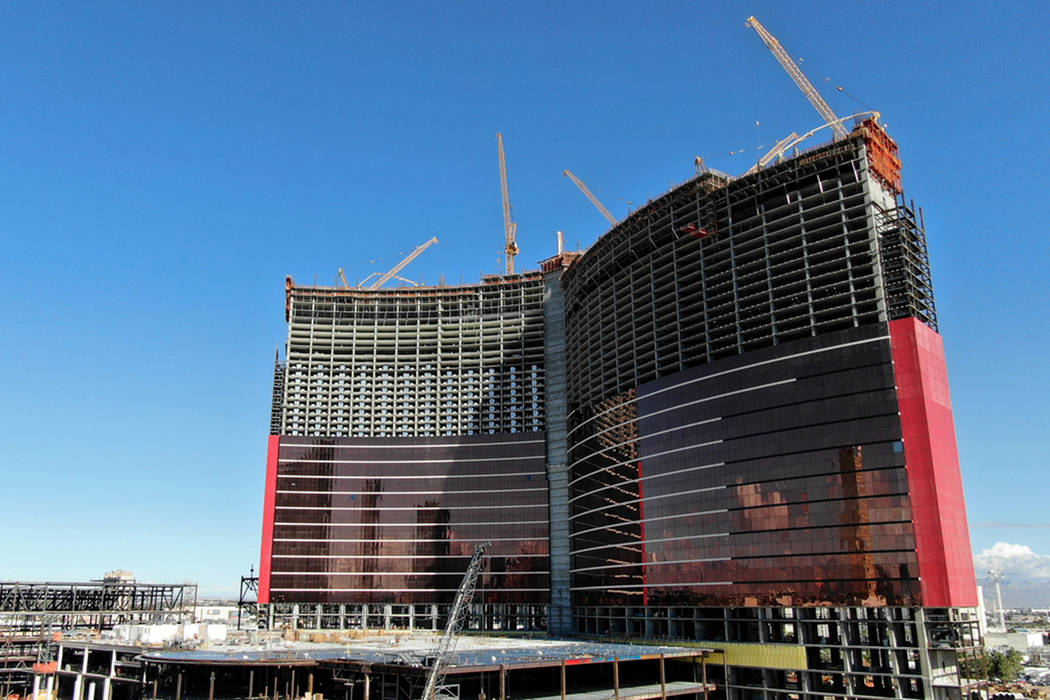 The Chinese-themed Resorts World Las Vegas is under construction on the former site of the Stardust on Thursday, March 7, 2019. (Michael Quine/Las Vegas Review-Journal) @Vegas88s

While other under-construction projects like the Raiders’ Las Vegas Stadium, Drew Las Vegas and MSG Sphere have expressed interest in leaving NV Energy before turning any lights on, Resorts World Las Vegas is going all-in with Nevada’s monopoly utility.

NV Energy and Resorts World announced Tuesday that they have reached a 20-year agreement on fully-bundled electric service that would use 100 percent renewable resources. Additional details were not disclosed, and NV Energy spokeswoman Jennifer Schuricht said the terms of the agreement are confidential.

But Resorts World has joined a growing list of companies seeking long-term contracts with NV Energy.

Scott Sibella, president and CEO of Resorts World, said the company wanted to develop the integrated resort in an efficient and environmentally sustainable manner.

“NV Energy came to the table with new and better solutions to help us meet these goals now and into the future,” he said in a joint statement.

Doug Cannon, the president and CEO of NV Energy, said Resorts World’s sustainability goals fall in line with NV Energy’s goal to provide 100 percent renewable energy to all of its customers.

“It was essential to us that NV Energy be the one to serve the electricity needs of this new gaming customer,” he said in the statement. “This agreement represents like-minded companies coming together for the overall benefit of all our customers.”

The agreement will have to gain approval from the utilities commission, according to the statement. As of Tuesday, neither company has filed paperwork with the PUC containing additional information.

The Review-Journal is owned by the family of Las Vegas Sands Corp.Chairman and CEO Sheldon Adelson. Las Vegas Sands operates The Venetian, where the MSG Sphere is located.