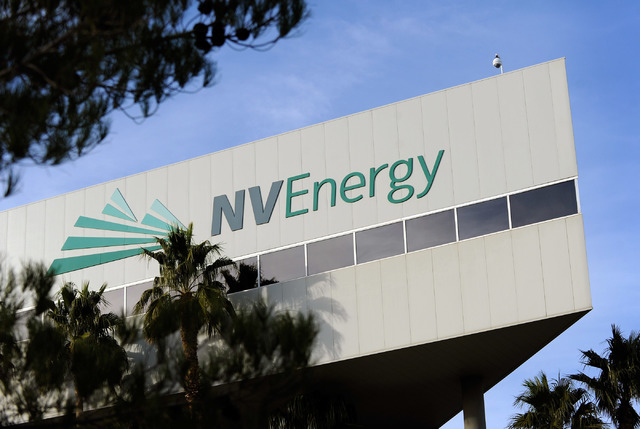 The filing seeks approval of an amendment to the company’s Energy Supply Plans to reflect the proposed participation.

Energy imbalance markets share resources to ensure that supply equals demand through an automated balancing system. Where such balances are now maintained regionally on an hourly basis, the new market will allow the balance to be maintained every five minutes.

The utility says that participation in the imbalance market will allow for more efficient use of NV Energy’s generating units, which would reduce the cost of providing service to Nevada customers.

“By participating in the EIM, we are looking forward to a reduction in costs for our customers as a result of being able to match demand with the least-cost available generation resources in real time,” NV Energy President Paul Caudill said. “We will also have available a larger pool of diverse generation resources from which to obtain power.”

NV Energy executives briefed law­makers on the concept at a recent meeting of the Legislative Committee on Energy.

Tony Sanchez, senior vice president of government and community strategy, said utilities want to participate in the market because they can sell off any excess and maximize the output of a particular plant.

In one example of how the system might work, Shawn Elicegui, vice president of regulation, said the market would allow California to sell excess wind energy to Nevada that might otherwise have to be curtailed by the utility to maintain its energy balance.

Nevada could then pick up that excess wind energy at a lower cost to the state than operating an existing NV Energy unit, benefiting customers.

In a reverse scenario, if the wind drops off quickly in California, NV Energy could sell its excess energy there, again benefiting Nevada customers.

While the response time will be much faster than the current system if the proposal is approved, actions to boost or reduce production will not be made by a computer but manually by utility company employees who are on duty 24 hours a day.

If approved by the PUC and the Federal Energy Regulatory Commission, NV Energy would participate in a market with the California Independent System Operator and PacifiCorp, which operates in Utah, Wyoming and four other Western states. The market is scheduled to begin operations in October using the lowest cost resource available to balance supply and demand.

NV Energy would join in October 2015 if approvals are granted by regulatory authorities. The utility will have to spend between $11 million and $15 million to upgrade metering and telecommunications at some of its power plants, as well as upgrades to computer software to create interfaces with the California operator. Ongoing costs are estimated at $2.5 million to $3 million.

NV Energy, Inc. provides a wide range of energy services to 1.3 million customers throughout Nevada. It is a holding company whose principal subsidiaries, Nevada Power Company and Sierra Pacific Power Company, are doing business as NV Energy. The company is headquartered in Las Vegas. NV Energy was acquired by MidAmerican Energy Holdings Co. in 2013.