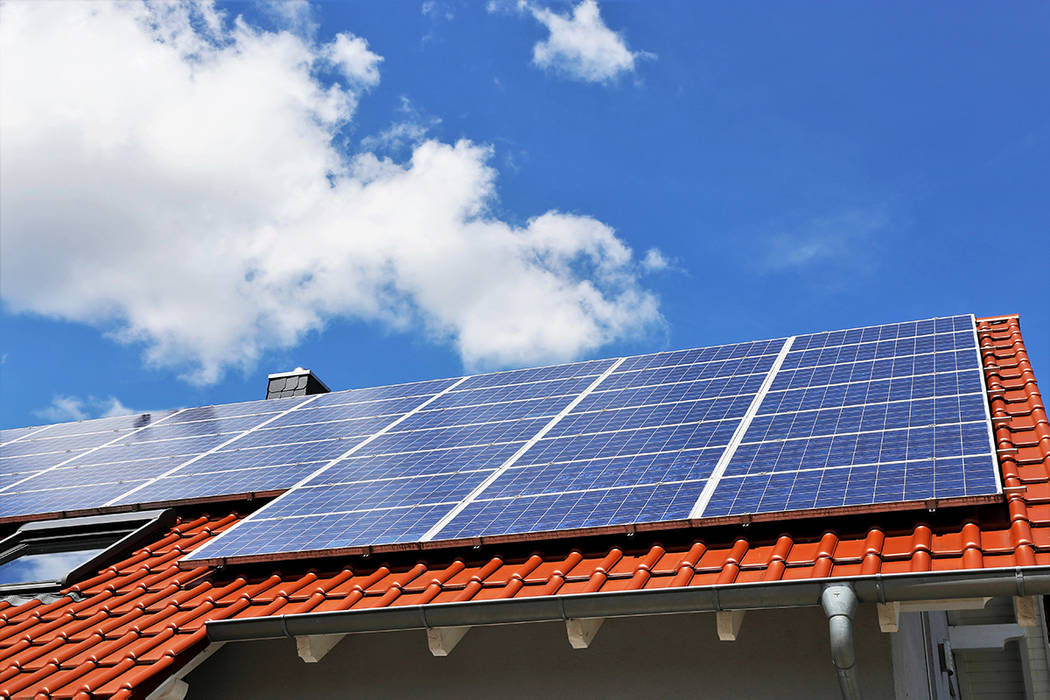 There’s a resurgence of residential solar power in the valley, and officials say scammers are taking advantage of the industry’s growth.

Since Nevada’s net metering program was reinstated in 2017, the state has started to climb its way back to the top of the solar industry. According to The Solar Foundation’s 2018 National Solar Jobs Census, the state ranks first for the number of solar jobs per capita.

Jack Snyder, a supervisor for the Nevada State Contractors Board, said consumers need to be wary as scammers find opportunities in the industry. He estimated about 40 percent of the board’s fraud cases are solar-related, twice as much as other industries and at a level similar to what he saw during the initial solar boom in 2015.

“Las Vegas is hit hard because we’re in the Southwest with a lot of sun. The energy potential is high here,” Snyder said. “It’s being marketed heavily by legitimate companies. And then the illegitimate companies come in, start marketing and take the money.”

How to avoid solar scams

The Nevada State Contractors Board offers a series of steps customers can take to make sure a solar contractor is up to par.

Get three references from the contractor and review past work

Get at least three bids for a project

Keep a record of all payments, and don’t make a final payment until you are satisfied with the job

Keep a file of all the papers related to the project

Check the contractor’s record with the Better Business Bureau at

Solar installations plummeted. A 2018 report from the Solar Energy Industries Association and Wood Mackenzie Power & Renewables found that photovoltaic solar installations — those commonly found on rooftops — in Nevada went from more than 1,000 megawatts in 2016 to 386 the next year. A 2019 report from the same agencies found the market contracted by 61 percent in that time span.

By the summer of 2017, the state had reinstated its net metering program, leading to a boost in the rooftop solar market. The Solar Foundation found Nevada more than tripled its installed residential solar capacity in 2018 and said the state will see about a 16 percent jump in solar jobs this year.

“We have a year-round ability to install solar,” said Guy Snow, president of Solar NV, a local chapter of the American Solar Energy Society nonprofit solar advocacy group. “A lot (of solar companies) come here because of the weather and climate. And with the industry growth comes the scams.”

Jennifer Lewis, public information officer for the Contractors Board — which governs contractor licensing for Nevada’s construction industry — said she saw solar complaints drop off after the 2015 PUC decision. Now, with residential solar picking up again, scammers are finding new opportunities.

“With the industry coming back, we’re starting to see those (solar) companies come back into the state,” she said. “It’s not uncommon for unlicensed companies to follow.”

Snyder also has seen an increase in unlicensed solar companies; he said some companies purposefully try to avert the law, while others don’t realize Nevada law requires them to have a license.

Either way, Snyder said, the consumers who work with unlicensed contractors are offered less protection.

Too good to be true

Snyder said the scammers often appear legitimate at first. An unlicensed company might come in with a sales agent who persuades a homeowner to pay a down payment on rooftop solar. After receiving payments from a few homes, the company will leave the state.

Other scams Snyder has seen include an unlicensed company putting the official county or state logo on its flyers when it is not affiliated or a salesperson pretending to be employed by a legitimate solar company and promising homeowners incentives that are not in the contract.

Snyder said it’s important for consumers to make sure they’re working with a legitimate, licensed contractor; he has heard horror stories of people paying upwards of $20,000 upfront for a solar installation that never comes.

“We do have very good, legitimate solar companies in this town,” he said. “But the homeowner needs to investigate and educate themselves a little bit before getting involved.”

Lewis said homeowners should ask to see a contractor’s pocket ID card and verify their contractor’s license number on the board’s website before making any payment.

“Bad players come in and make a bad name in the industry,” she said. “They use high-pressure scare tactics and take large sums upfront without performing any work.”

The board recommends consumers avoid hiring a contractor who demands cash payments upfront, asks for building permits, refuses to provide a written contract or estimate, or can’t verify their name, credential or license.

Snow said even legitimate contractors can lure consumers into signing a long-term contract that doesn’t work in their favor. The Contractors Board says consumers should reconsider buying solar if they aren’t planning to stay in their home for at least the next five years because it can take years to earn back the money it costs to install the system.

As of this year, a typical 5-kilowatt solar system in Nevada costs about $9,548 after claiming the federal solar tax credit, according to solar-estimate.org.

“Most of those companies have good salespeople,” Snow said. “Especially people that have a finite amount of income, if the power bill goes up a little, it hurts them.”

Many of the scams Snow sees are door-to-door or on social media. Many focus on certain demographics, often targeting older people.

Snow said if an offer seems too good to be true, it often is.

How to avoid scams

Snow said the best place to start researching a contractor is the internet.

“Believe it or not, Google is a good place to go,” he said. “Bad information travels fast.”

“Don’t just settle for the guy that knocks on the door,” he said. “Almost everybody has a neighbor with solar. Talk to them and discuss it.”

The Contractors Board suggests homeowners interview contractors and get at least three bids. After a contractor is selected, the board said consumers should ask for at least three references and review past work. They should also make sure a written contract is worked out before making any sort of investment.

“We investigate all complaints, regardless of whether the contractor is licensed,” said Scott Smith, public information specialist for the Nevada State Contractors Board via email. “Only the unlicensed person — not the homeowner — is subject to punishment.”

Solar installers are required to have a contractor’s license. The board will forward evidence to the district attorneys’ offices for complaints involving unlicensed contractors.

For cases that involve licensed contractors, the board has the authority to remove licenses, refuse to renew a license, impose limits on licenses, impose fines, order a licensee perform corrective work and more.

While solar scams are growing, Snyder expects to see the scams dissipate over time.