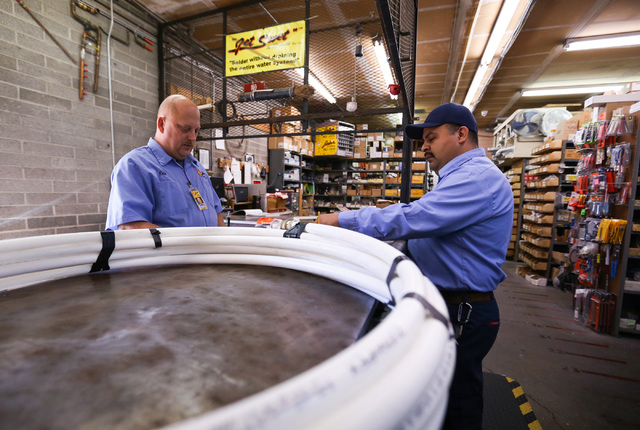 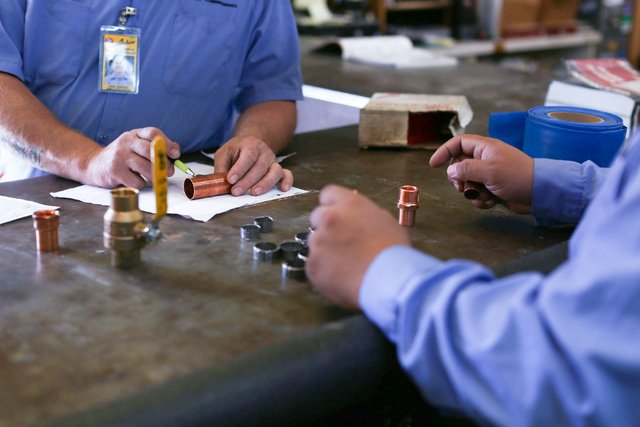 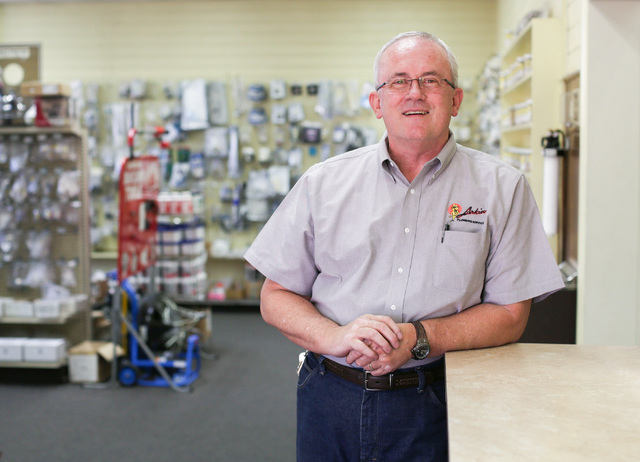 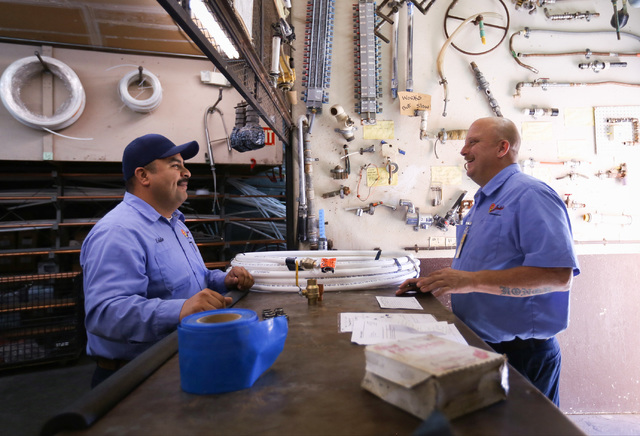 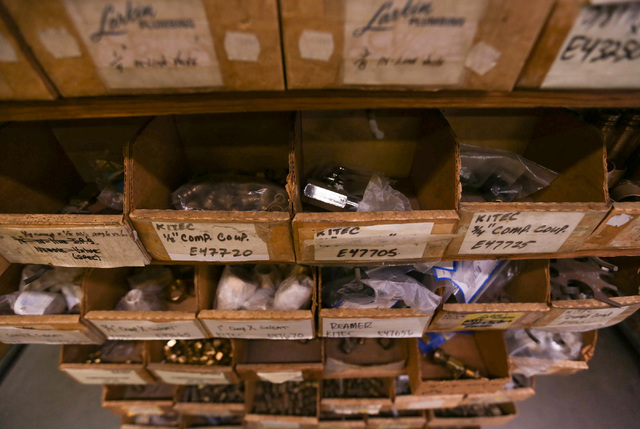 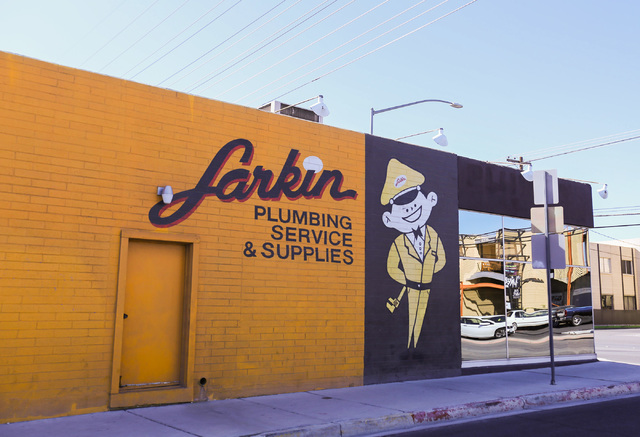 Mark Larkin was just out of high school in the summer of 1969 when his dad sent the family camping for a month in Big Sur, California. He didn’t know then that his father needed to be alone because he was fundamentally changing the family business.

At the time, as Las Vegas continued to grow, plumbers were flooding the city to install pipes and water systems in new casinos, houses and other buildings that were popping up across the Las Vegas Valley. Larkin’s father saw a void, however, in plumbers committed to servicing water systems, and that’s when he decided to forgo new installations and focus on service.

The decision would cost him most of his staff — plumbers who didn’t have much of interest in dealing directly with customers were quick to quit, especially when so many opportunities for new installations were available.

“He practically had to sleep at the office,” recalls Larkin, president and general manager of Larkin Plumbing. “But he could see the town was getting big enough to support a service plumber.”

Larkin’s uncle had started the company 80 years ago, in 1936, and after he died his aunt sold it to her brother, Larkin’s father, who then passed it down to his sons.

Larkin Plumbing, 1801 S. Industrial Road, is one of six businesses being honored with a Legacy Award from the Las Vegas Metro Chamber of Commerce’s at their annual Business Excellence Awards luncheon, being held at noon Friday at the MGM Grand.

In addition to the six legacies, the luncheon is awarding 24 local businesses that have demonstrated a commitment to diversity, creativity and ingenuity — principals that the Chamber and the awards banquet sponsor, Nevada State Bank, believe are key to business success in Las Vegas.

“These companies are really upping their game,” said Cara Clarke, associate vice president for communications at the Las Vegas Metro Chamber. “They don’t rest on their laurels. They help set a standard for excellence that other businesses in the community can see.”

The legacy awards are a new addition to the Business Excellence Awards. The Chamber’s legacy honorees will receive special mention for their longtime membership in the Chamber and acknowledgement of their role in helping shape Southern Nevada’s business community.

Larkin Plumbing will be receiving its award for 65 years of distinguished membership in the Las Vegas Chamber. Other recipients of this special recognition for businesses with more than 50 years of membership include CenturyLink, NV Energy, GES (Global Entertainment Specialists), M.J. Christensen Diamonds, and the law firm of Nitz, Walton & Heaton.

But Larkin, who employs about 30 people, is quick to acknowledge that businesses in Southern Nevada seeking longevity can’t last without good customer relationships.

“We’ve grown right along with Las Vegas and have been very well taken care of by the people here,” says Larkin.

Clarke said business that have suceeded over time have emphasized building customer relationships.

“Quality customer service stemming from taking care of tourists is core to our existence. We’re in a game-changing marketplace,” Clarke said. “The hallmark of the Las Vegas business community is entrepreneurialism, high energy, with a constant drive to innovate.” 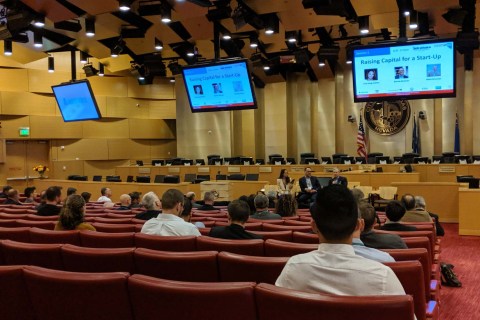 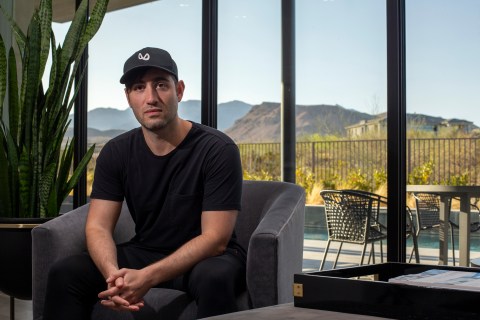 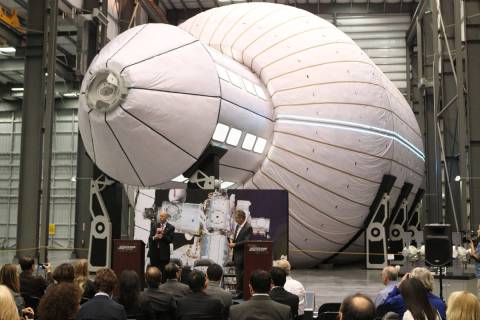 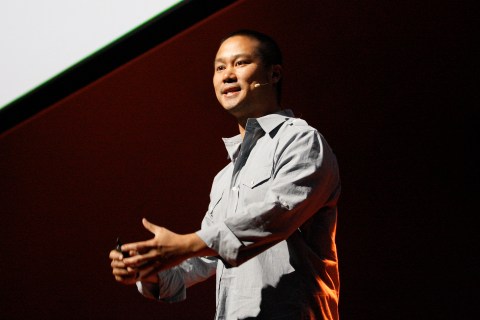 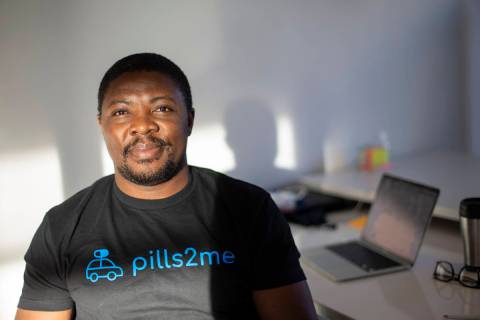