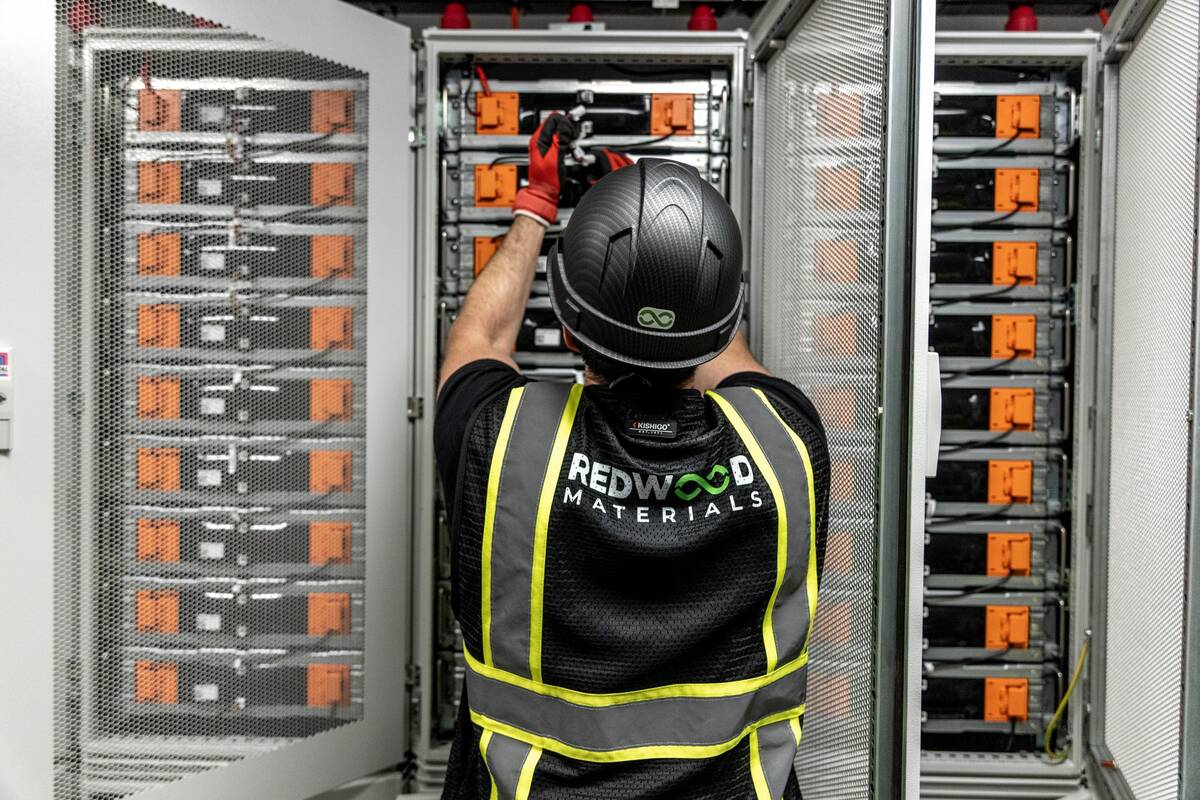 A lithium battery recycling company headed by a former Tesla executive was approved for a $105.6 million tax abatement for its plan to expand a large-scale battery recycling and materials facility in Northern Nevada.

The Governor’s Office of Economic Development on Thursday awarded Redwood Materials Inc. the hefty tax incentives as it prepares to expand its facility in Storey County’s Tahoe-Reno Industrial Center. The company’s capital investment is expected to reach more than $1 billion.

“This investment in Nevada is an affirmation of the importance our state plays in the global lithium industry economy,” Gov. Steve Sisolak said in a statement. “While the state is issuing a $105 million abatement, we are projecting the return on investment will be $5.6 billion for Nevada.”

The incentive amount ranks second behind the $1.3 billion worth of tax abatements given to Tesla to build its Gigafactory in 2014, according to GOED’s news release.

Carson City-based Redwood Materials’ mission is to create a closed-loop domestic supply chain for the lithium-ion batteries that go inside electric vehicles by sourcing batteries from manufacturers like Toyota, Volkswagen, Audi and Ford, then reprocessing them into components needed in EV batteries, according to the company’s application. Currently, most materials needed for these batteries are sourced abroad.

“Electric vehicles account for 5 percent of total new car sales, but the current (presidential) administration’s goals are to have EVs account for 50 percent of sales in 2030,” Redwood founder and CEO J.B. Straubel, a co-founder and former chief technology officer of Tesla, wrote in the application.

“This will be extremely difficult unless companies like Redwood help by closing the loop and shortening the supply chain for the critical battery materials. Our goal is to drive down the costs, supply chain risk and the environmental impact of electric vehicles and clean energy products.”

When the facility is complete, it will be the first time those battery materials — accounting for 65 percent of the cost of a battery — are manufactured at scale in the U.S., state officials said in a news release.

In exchange for the tax incentives, Redwood will be required to add 150 jobs in the next two years at an average weighted hourly wage of $32.01. It expects to create up to 450 jobs in five years.

— Kodiak Trucking Inc.: The company plans to establish a truck manufacturing, hauling and service maintenance facility in Clark County and received $2.06 million in tax abatements. It will be required to create 250 jobs in two years at an average weighted hourly wage of $58.58. Kodiak said its capital investment will be $13.7 million within two years of operation.

— West Coast Salmon Nevada LP: The company plans to build and operate an industrial scale, land-based Atlantic salmon operation that is expected to create 13,800 tons of production capacity by the end of 2025. For the $16.01 million tax abatement, it will be required to add 55 jobs in the first two years of operation at an average weighted hourly wage of $35.96. West Coast Salmon said its capital investment in the first two years will reach $179.59 million.

— Wilen Las Vegas LLC: The direct mail marketing company received $193,560 in tax abatements for its plan to expand an existing manufacturing facility in Clark County. It’s required to create 25 jobs in the first two years at an average weighted hourly wage of $28.96. Capital investments are expected to reach $2.29 million in the first two years of operation.