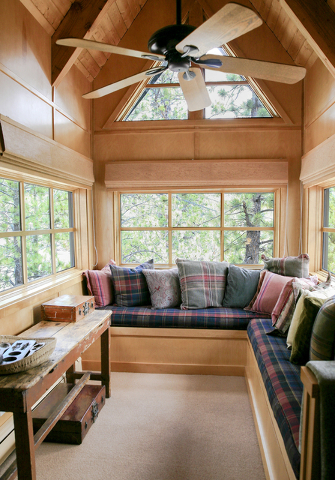 COURTESY The right accessories will bring interest to your home, especially when they’re elements from different periods that really can co-exist in the overall scheme.

Todd L. Bice was born and raised in the farming community of Winner, S.D. The town was named Winner because it won a contest to have the railroad pass through town, he said.

Q. It appears most of your practice is dedicated to commercial, land and zoning, mergers and acquisitions, and gaming. What drew you to focus your career and your practice to these areas?

Our firm is principally and almost exclusively a litigation firm. All those other subject matters that your referencing, we get involved, our firm gets involved in those types of matters when there’s some sort of a contested dispute, whether in court, arbitration, something like that. So that is our exclusive area of practice: litigation or dispute resolution. I ended up in those areas of practice when I moved here (as a young lawyer). I worked for Frank Schreck for nearly 20 years. Frank is probably one of the pre-eminent gaming lawyers in the world. And as a consequence … that’s the sort of work that you just naturally gravitate into because that was the type of work that Frank was bringing to the firm, and bringing to me and others, as young lawyers. So that’s the practice we’d develop and the expertise that we’d develop. So it’s really a byproduct of working for Frank for 20 years.

Q. What does it mean to you to have your firm receive five Tier 1 rankings in the U.S. News-Best Lawyers “Best Law Firms” 2015?

I think its evidence of the type of work that we do and the type of people that we have here. You don’t get those sorts of accomplishments by not doing good work for clients because those (rankings) … are largely a product of client interviews and client assessments. We take a great deal of pride in the fact that our clients think highly of the services that we provide.

Q. You are representing the mayor of Henderson, Andy Hafen. Why did you choose to become involved in governmental law issues?

I don’t think that election issues are a diversion from the type of work that I do. I’ve been involved in a lot of election law cases involving initiatives, involving election disputes; including (the) North Las Vegas election dispute a few years back concerning Dr. Wagner. Now, I’m representing the mayor in (the) challenge to his eligibility to continue to hold office. It’s a byproduct … because we deal in Nevada with a lot of highly regulated industries gaming, transportation, (and) those sorts of things. It’s a natural segue to end up being involved in election and constitutional litigation. Those matters sort of grow out of my experience in dealing with regulated businesses and regulated industries.

Q. What’s your role in the Uber dispute?

There’s not much I can say about it right now … We represent long-standing client Bell Transportation in that matter. They believe their certificated rights, those that they have built up over many years, are being violated by what they maintain is an unlawful and unlicensed operation.

Q. Are there any major cases that are not currently in the media that you believe should receive attention?

From my perspective, I tend to try not draw media attention to them. I do think, (the) Steve Jacobs (employment) litigation with the Sands is a very fascinating matter that should be covered; because I think that the public and gaming officials (should) be very concerned. The matter has been very successfully delayed by Las Vegas Sands through a lot of maneuvering in the court system. The case is approaching 4 years old and there’s not been a single substantive deposition or evidence preserved. In fact, one of the principal witness’ in the case who’s testimony has now been lost forever died (recently). When people want to wonder how the legal process works and they have concerns about it this case is the poster child. You’re never going to get that evidence back and it’s been lost because of maneuvering and I think improper maneuvering to try to deprive people of their legal rights.