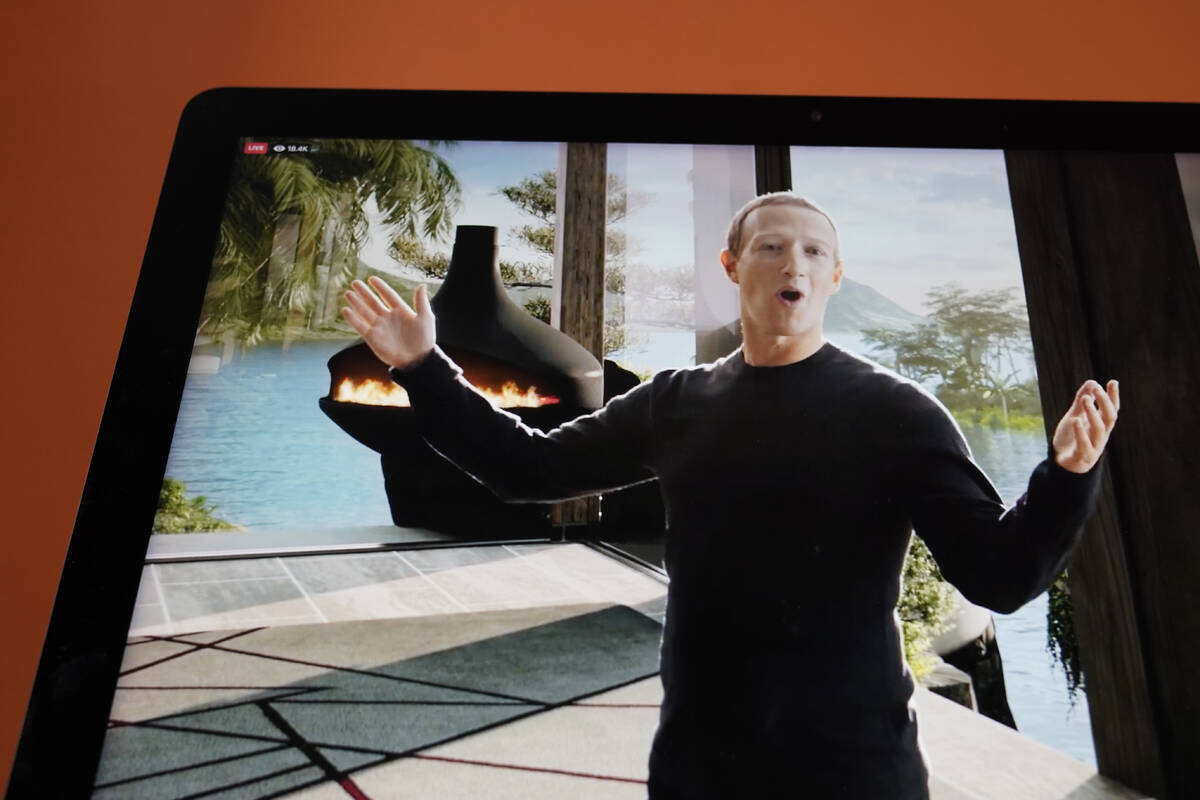 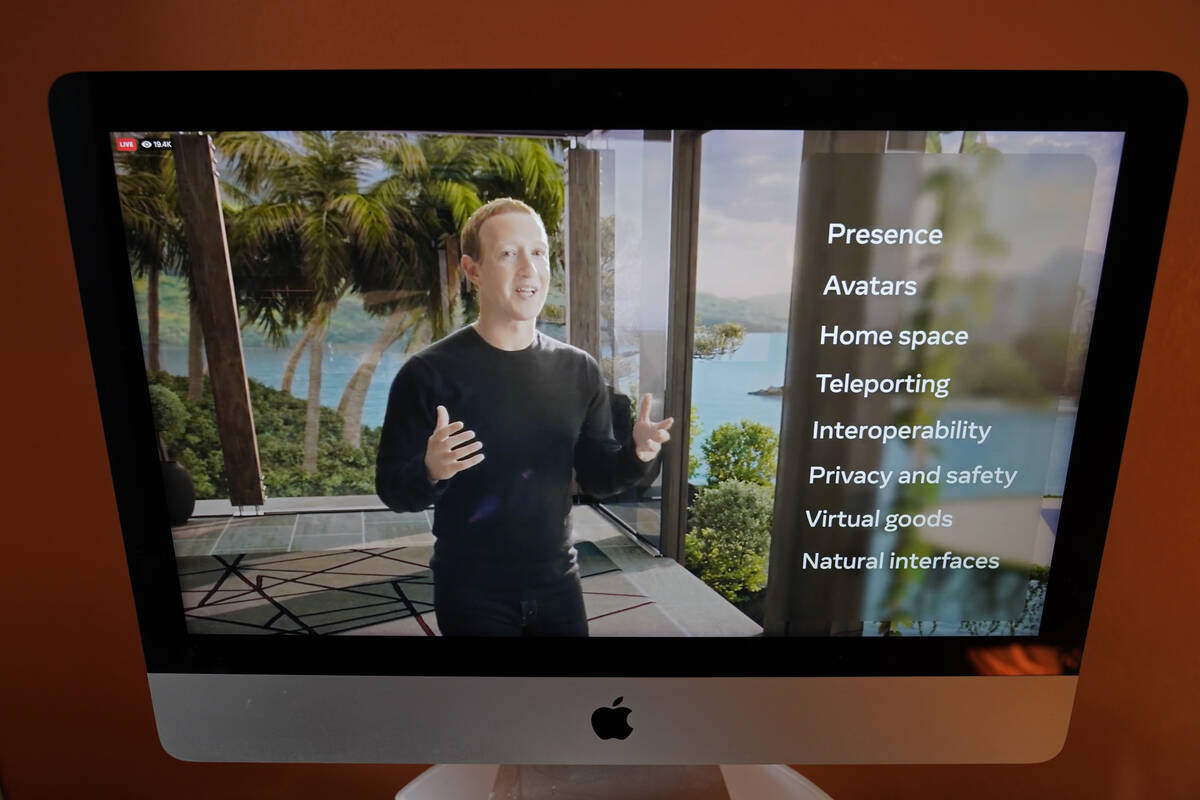 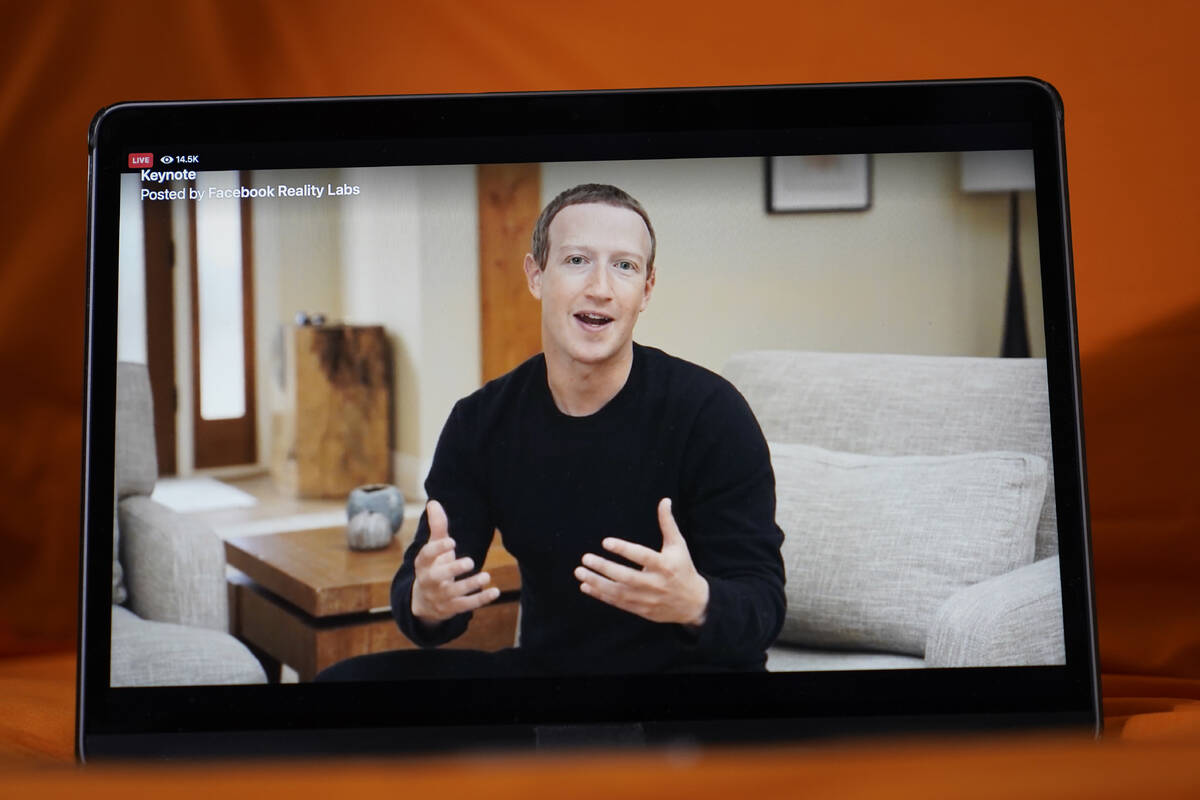 OAKLAND, Calif. — Facebook CEO Mark Zuckerberg said his company is rebranding itself as Meta in an effort to encompass its virtual-reality vision for the future — what Zuckerberg calls the ” metaverse.”

Skeptics point out that it also appears to be an attempt to change the subject from the Facebook Papers, a leaked document trove so dubbed by a consortium of news organizations that include The Associated Press. Many of these documents, first described by former Facebook employee-turned-whistleblower Frances Haugen, have revealed how Facebook ignored or downplayed internal warnings of the negative and often harmful consequences its algorithms wreaked across the world.

“Facebook is the world’s social media platform and they are being accused of creating something that is harmful to people and society,” said marketing consultant Laura Ries. She compared the name Meta to when BP rebranded to “Beyond Petroleum” to escape criticism that it harmed the environment. “They can’t walk away from the social network with a new corporate name and talk of a future metaverse.”

What is the metaverse? Think of it as the internet brought to life, or at least rendered in 3D. Zuckerberg has described it as a “virtual environment” you can go inside of — instead of just looking at on a screen. Essentially, it’s a world of endless, interconnected virtual communities where people can meet, work and play, using virtual reality headsets, augmented reality glasses, smartphone apps or other devices.

It also will incorporate other aspects of online life such as shopping and social media, according to Victoria Petrock, an analyst who follows emerging technologies.

Zuckerberg says he expects the metaverse to reach a billion people within the next decade. It will be a place people will be able to interact, work and create products and content in what he hopes will be a new ecosystem that creates millions of jobs for creators.

The announcement comes amid an existential crisis for Facebook. It faces heightened legislative and regulatory scrutiny in many parts of the world following revelations in the Facebook Papers.

Some of Facebook’s biggest critics seemed unimpressed. The Real Facebook Oversight Board, a watchdog group focused on the company, announced that it will keep its own name.

“Changing their name doesn’t change reality: Facebook is destroying our democracy and is the world’s leading peddler of disinformation and hate,” the group said in a statement. “Their meaningless name change should not distract from the investigation, regulation and real, independent oversight needed to hold Facebook accountable.”

In explaining the rebrand, Zuckerberg said the name “Facebook” just doesn’t encompass everything the company does any more. In addition to its primary social network, that now includes Instagram, Messenger, its Quest VR headset, its Horizon VR platform and more.

“Today we are seen as a social media company,” Zuckerberg said. “But in our DNA we are a company that builds technology to connect people.”

Facebook the app, along with Instagram, WhatsApp and Messenger, are here to stay; the company’s corporate structure also won’t change. But on Dec. 1, its shares will start trading under a new ticker symbol, “MVRS.”

Metaverse, he said, is the new way. Zuckerberg, who is a fan of classics, explained that the word “meta” comes from the Greek word “beyond.”

A corporate rebranding won’t solve the myriad problems at Facebook revealed by thousands of internal documents in recent weeks. It probably won’t even get people to stop calling the social media giant Facebook — or a “social media giant,” for that matter.

But that isn’t stopping Zuckerberg, seemingly eager to move on to his next big thing as crisis after crisis emerges at the company he created.

While largely dismissing revelations from the the Facebook Papers as unfair criticism, Zuckerberg has focused on building a virtual environment you can go inside of instead of just looking at on a screen.

Just as smartphones replaced desktop computers, Zuckerberg is betting that the metaverse will be the next way people will interact with computers — and each other. If Instagram and messaging were Facebook’s forays into the mobile evolution, Meta is its bet on the metaverse. And what’s better than a name change to show how serious he is?