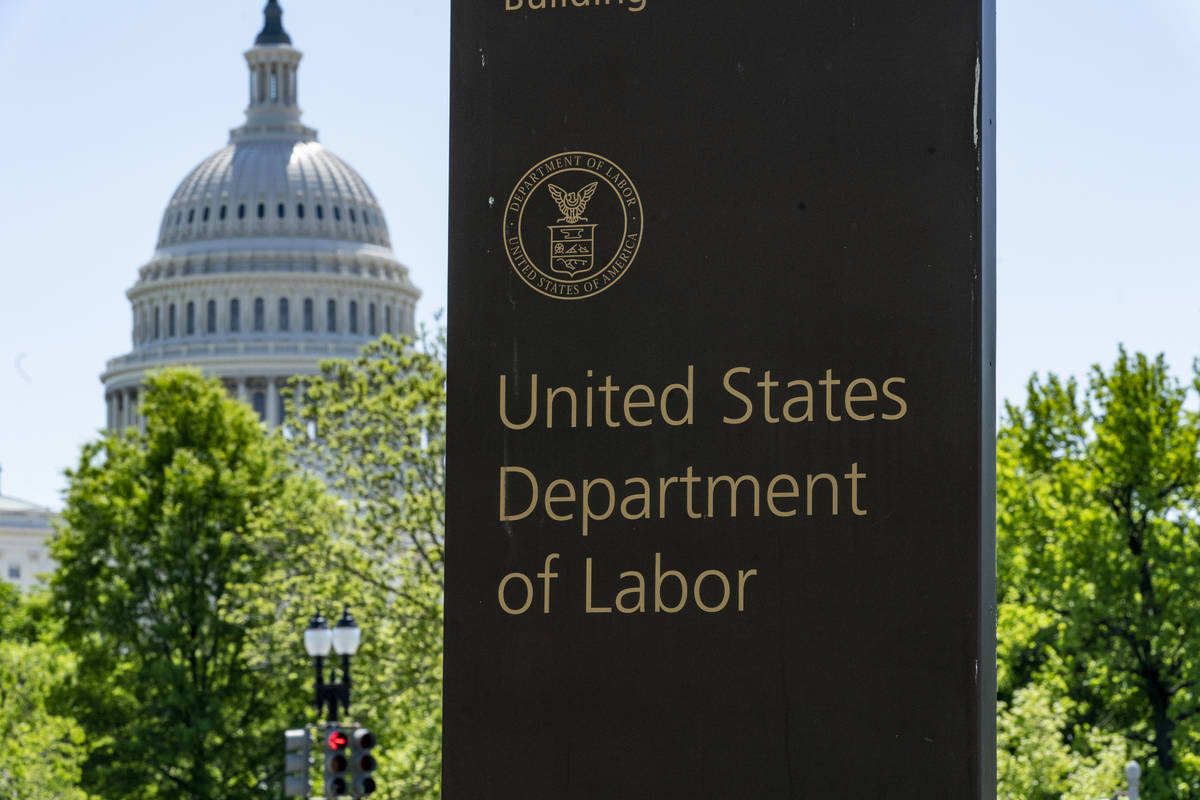 In this May 7, 2020, file photo, the entrance to the Labor Department is seen near the Capitol in Washington. (AP Photo/J. Scott Applewhite, File)

Centennial Hills Hospital Medical Center has been fined $19,090 for failing to pay employees all the hours they worked and “willfully” manipulating time cards to avoid paying overtime, the U.S. Department of Labor announced Tuesday.

The hospital in the northwest Las Vegas Valley paid $145,402 in back wages to 23 employees following an investigation from the labor department’s wage and hour division. The investigation concluded that the hospital violated the Fair Labor Standards Act by requiring employees to fill out necessary paperwork after clocking out.

The hospital, part of the Valley Health System, also was cited for its failure to maintain accurate records of employees’ hours worked.

Gretchen Papez, a spokeswoman for the Valley Health System, confirmed that the infractions occurred almost a year ago, but said they were limited to a single department and one manager who “did not comply with established hospital policies and procedures governing proper timekeeping protocols.”

“We addressed the situation; disciplinary action was taken and additional training was provided,” Papez said in a written statement to the Review-Journal.

Papez also said the hospital denies the allegation of willful manipulation of time cards and stated that it was never notified by the Department of Labor of any such finding.

Higinio Ramos, the Labor Department’s wage and hour division district director in Las Vegas, said in a news release that the hospital’s practice hurt both the workers and competitors.

“Workers must be paid all of their hard-earned wages,” Ramos said. “Centennial Hills Hospital Medical Center shortchanged their workers and made it more difficult for them to provide for themselves and their families. The employer also gained an unfair competitive advantage over law-abiding employers. Other employers should use the outcome of this investigation as an opportunity to evaluate their own pay practices to ensure they comply with the law.”

The Valley Health System is a subsidiary of Pennsylvania-based Universal Health Services Inc., one of the nations’ largest health care management companies.