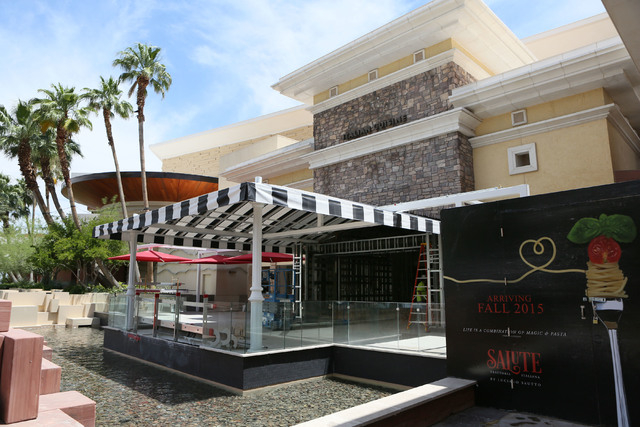 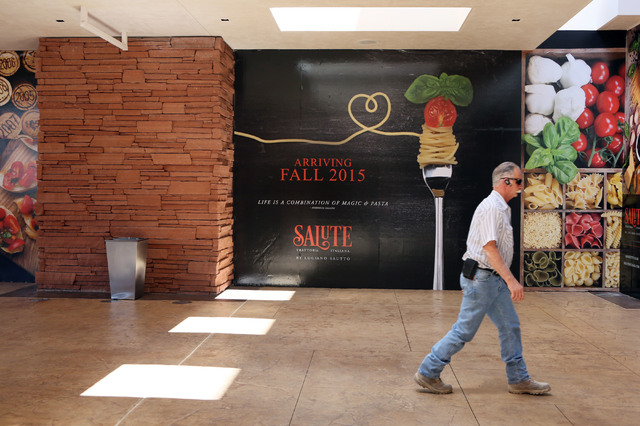 Signage is shown near construction for Salute at Red Rock hotel-casino Wednesday, June 3, 2015, in Las Vegas. The new Italian restaurant, built by Clique Hospitality, is slated to open this fall. (Ronda Churchill/Review-Journal) 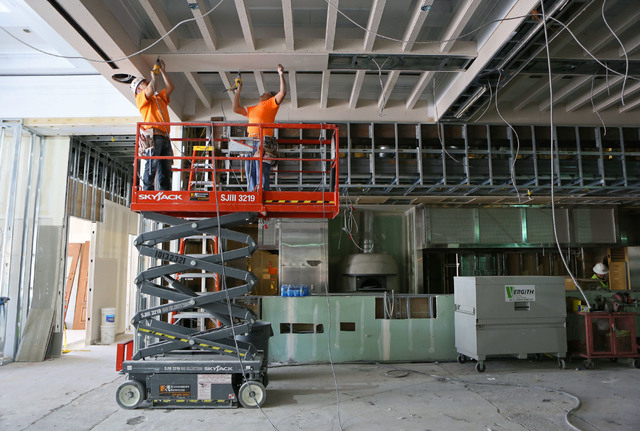 Cruz Chavarria, left, and Gerardo Guardado, both of Vergith Contracting, work on the construction of Salute at Red Rock hotel-casino Wednesday, June 3, 2015, in Las Vegas. The new Italian restaurant, built by Clique Hospitality, is slated to open this fall. (Ronda Churchill/Review-Journal) 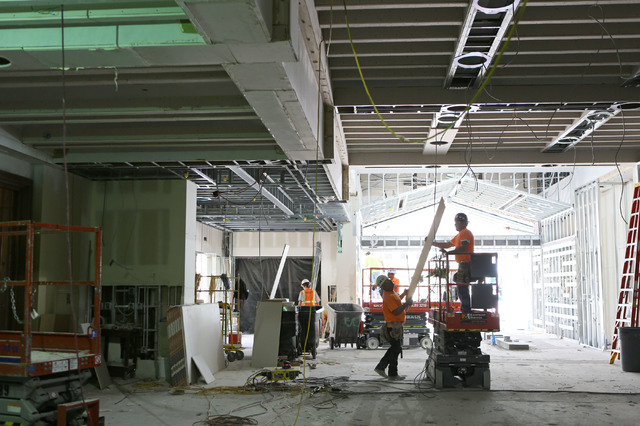 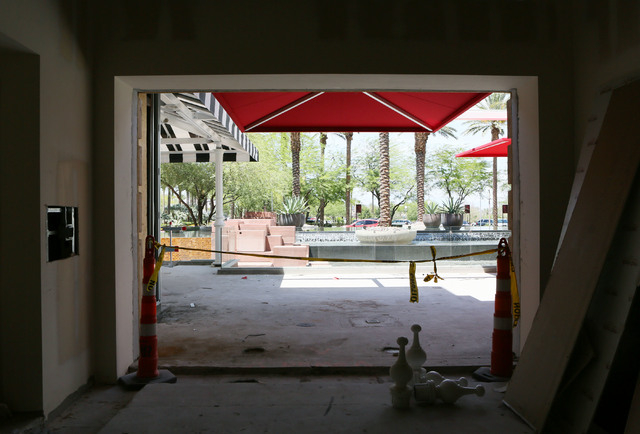 An openening in the wall is shown where a future window will be in a private dining area for Salute at Red Rock hotel-casino Wednesday, June 3, 2015, in Las Vegas. The new Italian restaurant, built by Clique Hospitality, is slated to open this fall. (Ronda Churchill/Review-Journal) 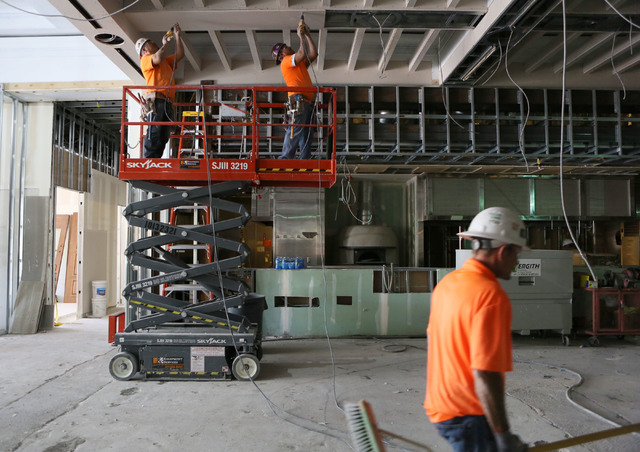 Cruz Chavarria, left, and Gerardo Guardado, center, both of Vergith Contracting, work on the construction of Salute at Red Rock hotel-casino Wednesday, June 3, 2015, in Las Vegas. The new Italian restaurant, built by Clique Hospitality, is slated to open this fall. (Ronda Churchill/Review-Journal)

The former owner of the Light Group is launching a new group of restaurants called Clique Hospitality and is building its first restaurant, at Red Rock Resort in western Las Vegas.

The Light Group, a high-profile Las Vegas restaurant and nightclub group, was sold to Hakassan six months ago.

The 4,000-square-foot restaurant opens in the fall and will feature an antipasto bar, traditional Italian mainstays, seafood and vegetarian choices.

Sautto moved the United States in 1994 and became a chef in Miami’s Tutto Pasta Italian Cuisine. Masi plans to travel through Italy this month to check out restaurant concepts and even stay with Sautto’s family.

Masi’s Clique plans to open eight restaurants and venues in Nevada and California in the next year and a half.

“For the first offering from Clique, we really wanted to offer an incredible experience,” Masi said.

“Salute is going to be a special brand, and we couldn’t have gotten a better chef in Luciano to get us off the ground with our first restaurant concept as a group.”

Before Masi sold the Light Group and launched Clique Hospitality, he had opened Hearthstone restaurant along the same restaurant row at Red Rock this past year.

“It’s a fantastic addition for us. It’s important to have a great representation of variety and price points. It’s what drives the reinvestment. It’s important to bring new concepts into the mix. Andy and his team have infused new energy into our culinary lineup,” Nelson said this week.

The Fertittas are passionate about food, so it’s a good partnership with Clique, she said.