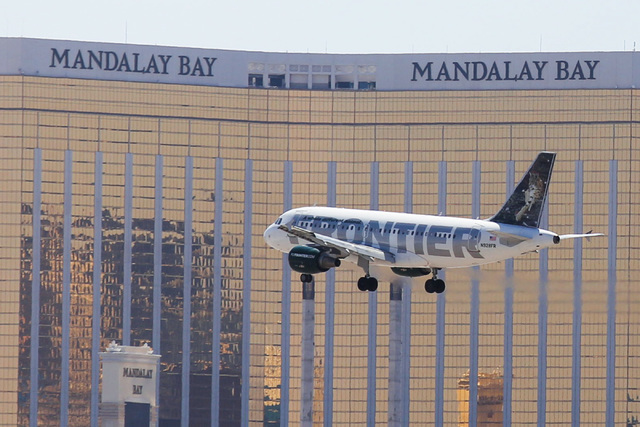 Denver-based Frontier Airlines, the fastest growing airline at McCarran International Airport, is at it again.

The company announced Tuesday that it will launch new daily service between Las Vegas and both Nashville and Tampa on Sept. 6.

With the addition, Frontier will have service to 19 destinations from Las Vegas, more than twice the number it had in September. In the past year, Frontier has added new non-stops from Las Vegas to Columbus, Ohio; Colorado Springs, Colorado; Houston; Miami; Milwaukee; Pittsburgh; Salt Lake City and San Antonio.

Frontier, a deep-discount carrier that offers tickets with either a la carte amenities or all-in-one pricing, is introducing the new routes with $69 one-way fares.

The airline will use twin-engine, 150-seat Airbus A319 jets on the routes.

“We are thrilled that our partners at Frontier Airlines continue to expand service to Las Vegas,” Cathy Tull, senior vice president of marketing for the Las Vegas Convention and Visitor’s Authority, said in a release announcing the new service.

Frontier will complete with Southwest Airlines, which has 25 round trips a week between Las Vegas and Nashville, and two daily non-stop round trips to and from Tampa.