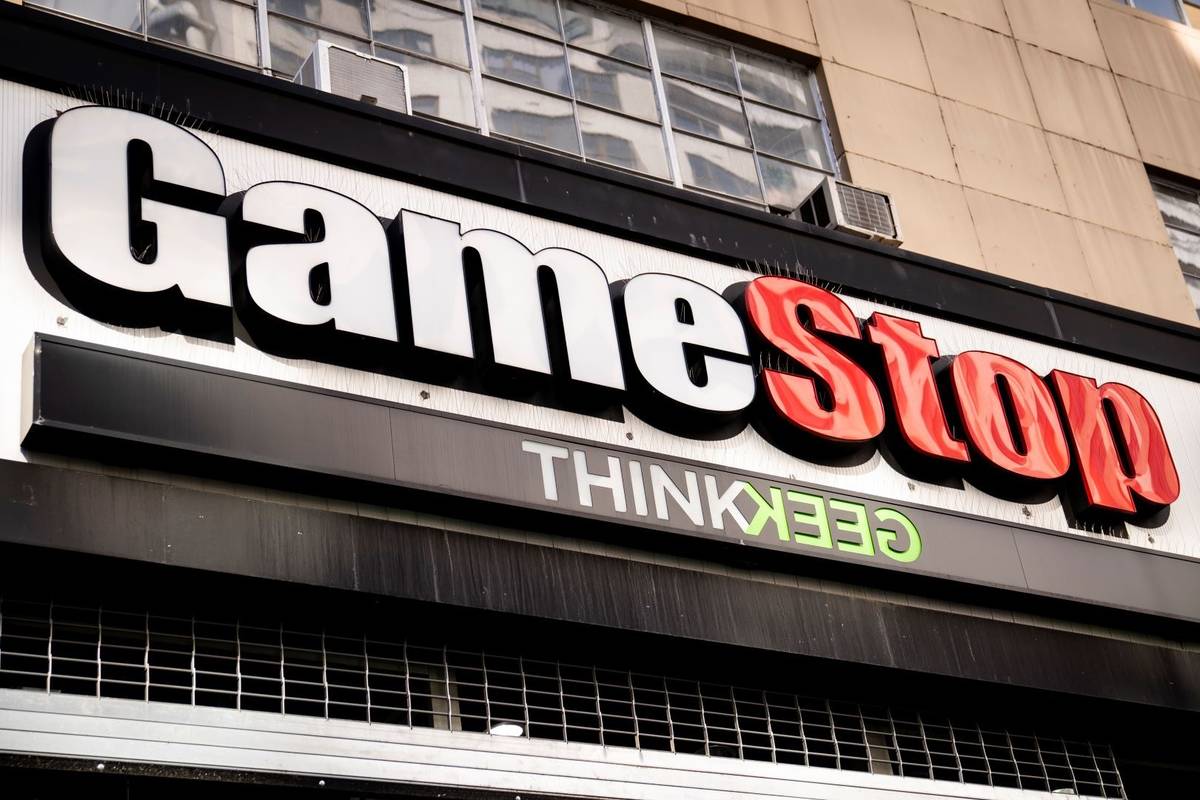 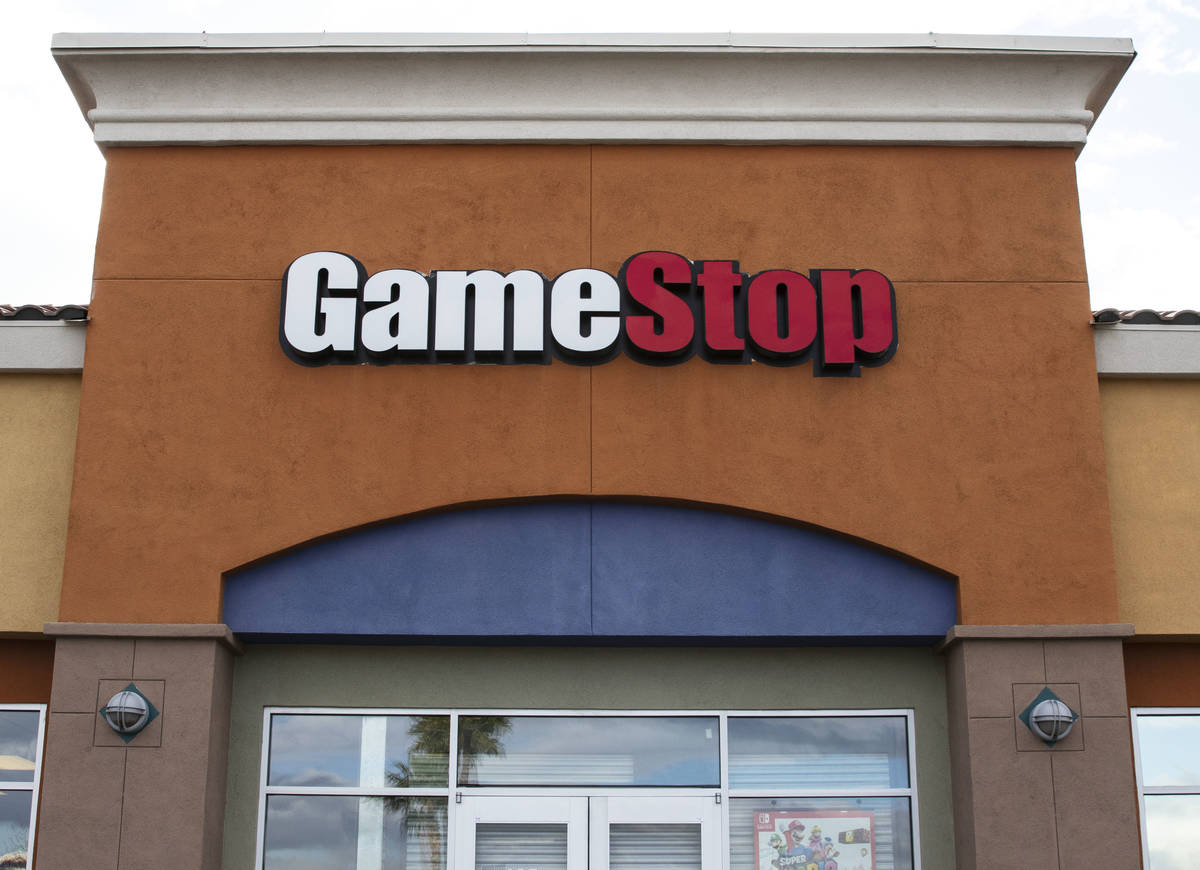 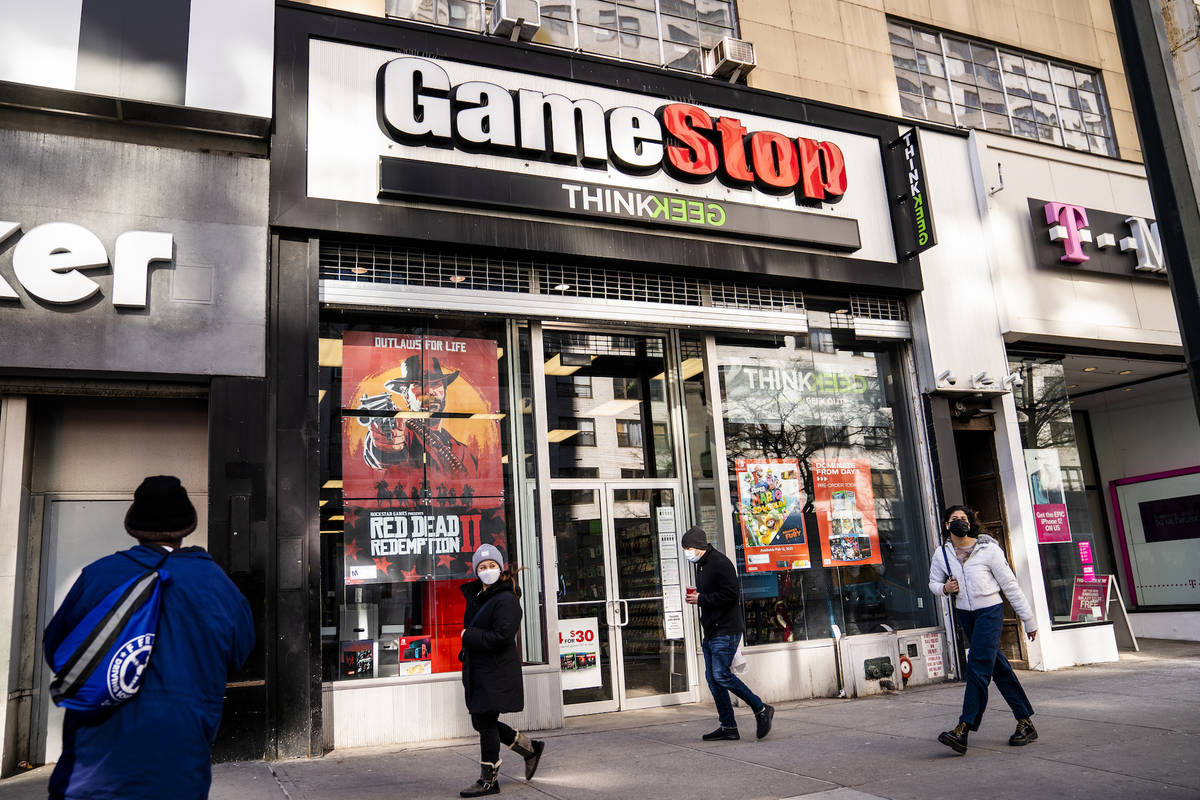 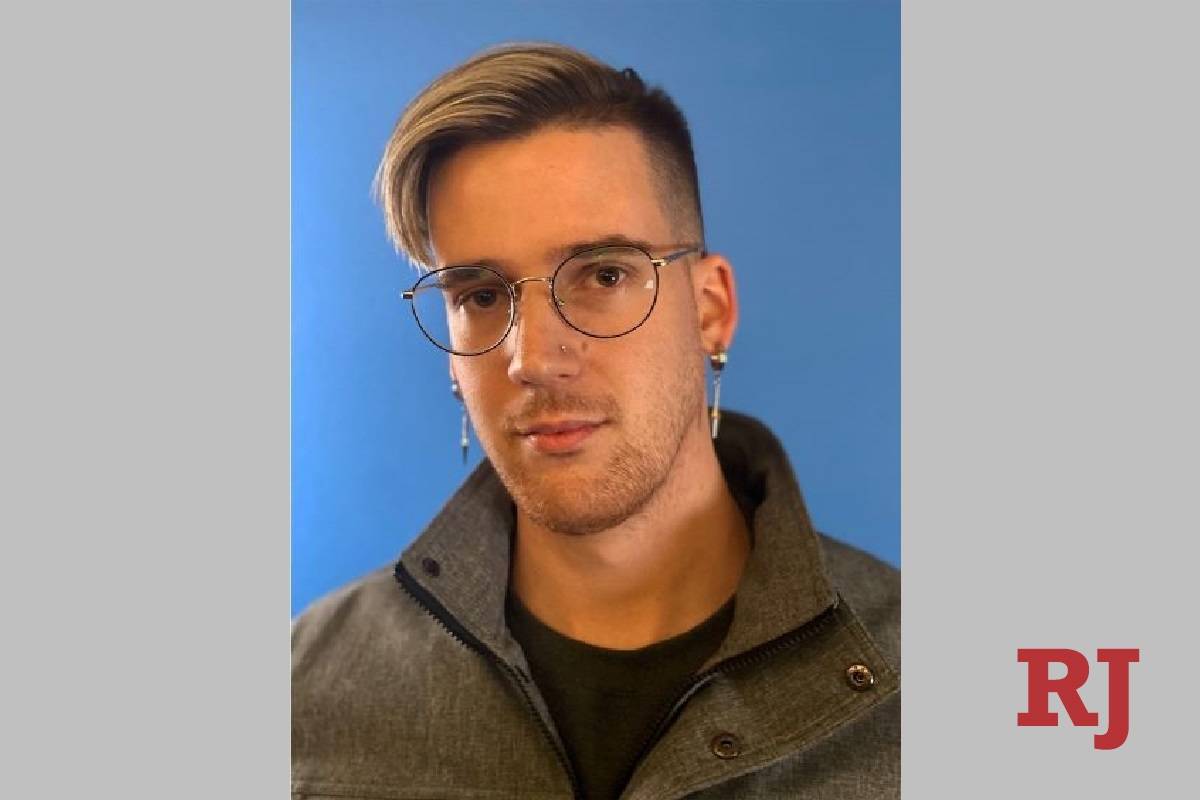 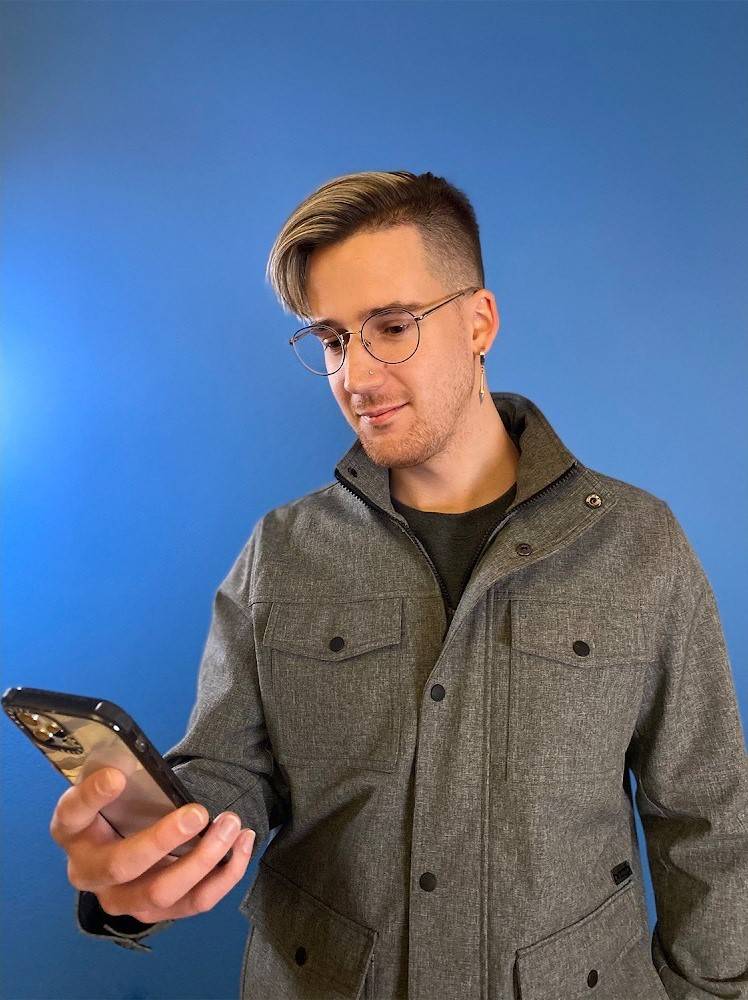 Video game retailer GameStop inadvertently pitted amateur traders against the suits on Wall Street, and some Nevadans have joined the battle.

Robinhood reversed course, saying it would “allow limited buys” starting Friday, but the announcement came too late as users were already outraged.

Then the stock market tanked as worries grew over the frenetic buying of GameStop and other stocks. The S&P 500 dropped 1.9 percent, handing the benchmark index its largest weekly loss since October. The Dow Jones Industrial Average and Nasdaq each fell 2 percent.

Pushback at the earlier Robinhood actions was swift as smaller investors and even Barstool Sports founder David Portnoy accused Robinhood of protecting the interests of monied hedge funds. A class-action lawsuit was filed in the Southern District of New York, and lawmakers criticized Robinhood.

The drama circling GameStop is more than a tale of a wildly swinging stock price, according to experts. It’s an event highlighting the financial risks faced by small and large investors when market access through user-friendly platforms and social media get mixed into the fray.

GameStop, a retailer that hasn’t turned a profit since 2017, saw its shares jump 400 percent this week and now has a market cap of about $23 billion, compared with an estimated $1 billion market cap nearly a month ago.

It closed at $325 a share Friday — a price it’s never reached since listing on the New York Stock Exchange in 2002. This time last year the stock was trading around $4 a share.

“This has turned into some crazy class warfare between the little guys out there manipulating the hell out of this market, which is illegal, and big bad institutions who have shorted this stock,” said Lawrence Harris, University of Southern California professor and former Securities and Exchange Commission chief economist. “Lots of people have been buying it because it’s exciting and they hope it’ll continue to go up in value … but people who don’t know any different could get swept up into this and they’ll lose money.”

Where did the war start? Online, of course.

The website Reddit hosts a chatroom on all things Wall Street where users talk shop, brag and share investment tips. Users learned in recent weeks that institutions such as Citron Research and Melvin Capital placed bets that GameStop shares would fall, a practice known as short selling. In retaliation, many amateur traders rallied and sent the stock soaring, forcing the giant firms to cover their bets by buying the stock and increasing the price.

Csiki said he would normally pass on investing in a struggling retailer like GameStop Corp. — a store he hasn’t stepped into for nearly six years — but he purchased three shares in the gaming retailer and 29 in AMC on Thursday morning. He expects his stocks to continue their climb and is holding off on selling.

Doss, who lives in southwest Las Vegas, said his interest was piqued after reading about the events this week.

“I would have never bought these if this hadn’t come up (on Twitter),” he said, adding that he has no plans to ever sell the stocks.

Like Csiki, his purchase stemmed from a need to support retail investors like himself and show there’s power in numbers against giant hedge funds “who already have a lot of money.”

“So many people have been impacted by COVID,” he said. “I see stories a lot on Reddit of people who have paid off medical bills or changed their situation (with) trades.”

Neither Csiki nor Doss pored over the financial statements of the retail companies. They said their investments were less about finance and more about the stance against big players.

It was the same for Reno resident Steven Davidovici, who purchased GameStop shares this week after seeing the chatter on Reddit.

“I started buying it because the margins for profit for me, a recent college graduate, can help me in ways that these (hedge funds) don’t understand. They don’t have needs or wants that can’t be met,” he said.

Short-sellers are known for targeting struggling firms as a way to turn a profit, but Harris of USC said the strategy is more nuanced as it’s about depressing the value of the stock to a price fitting its financial performance.

“Why is that a good thing? Because a stock that is overvalued could issue new shares and get more capital, and if the stock is overvalued, it means their ideas aren’t all that good,” he said. “We don’t want to be giving people money who don’t know how to use it well.”

A look at GameStop’s latest earnings shows net sales of $2.97 billion for the first nine months of 2020, an estimated 30 percent drop from $4.27 billion in net sales for the same period in 2019.

Steven Gjerstad, a professor at Chapman University, said hedge funds are looking at declining revenue, mounting losses and other challenges faced by companies.

“The amateurs aren’t interested in the fundamentals of the firm,” he said. “Of course, some of them will win big, especially those who got in early this month. Others will get burned. It’s not too different from a Ponzi scheme.”

Harris said hedge funds are often seen as “evil,” but many firms aren’t strictly managing the investments of billionaires.

At its core, investors large and small are trying to make money. But once the dust settles, Davidovici said, he’s interested in what actions regulators might take.

Gjerstad said the legal ramifications are tough to predict and should the SEC act it would be a “minefield.”

“If they (SEC) come down on the subreddit, they would in effect be saying that analysts at investment firms or financial journalists can make recommendations on stocks, but regular people cannot,” he said.

Las Vegan Joseph Padian, who purchased a single share of GameStop last year at around $15, said his concern is access.

He tried to purchase additional shares through Robinhood on Thursday morning but received a notice that the stock was unavailable for purchase. He tried TD Ameritrade and received the same message.

“The whole thing, it was so frustrating to see,” Padian said. “I’m thinking, ‘Wow, this one stock looks like it’s actually going to pay off. Let me go all-in even though it’s late.’ And nothing.”

He said the general sentiment he’s witnessed among amateur investors is that Robinhood is changing its tune from democratizing trading to becoming a gatekeeper.

“Nobody did this in 2008 when there was real gambling in the market and when there were real lives at stake,” he said. “So now that the only people being hurt is a hedge fund they want to stop it?”