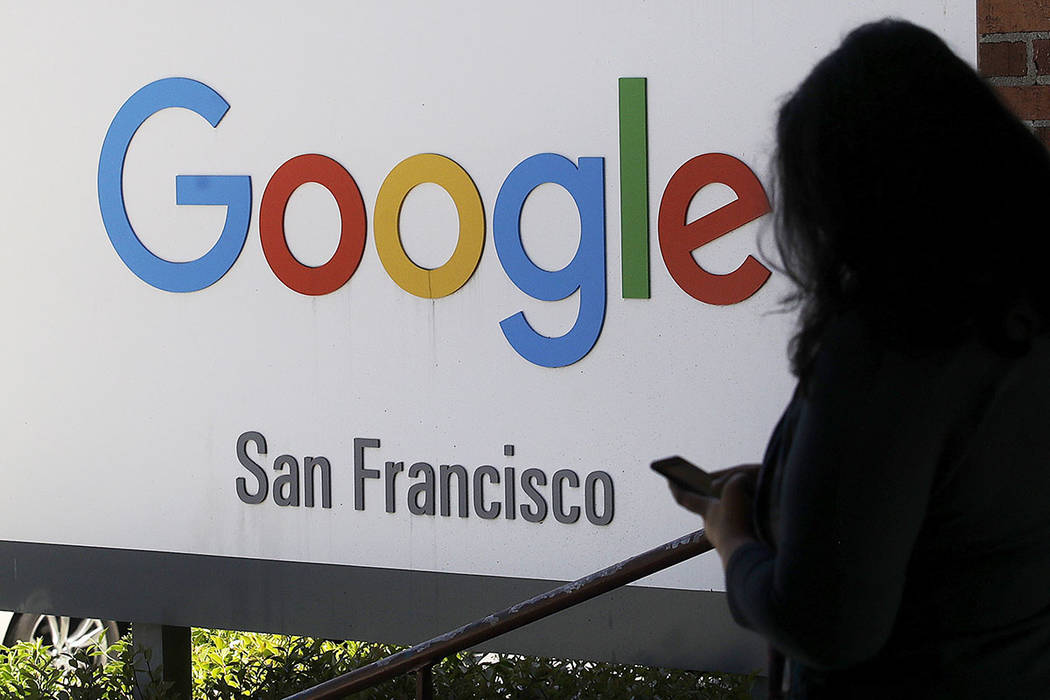 FILE - In this May 1, 2019, file photo, a person walks past a Google sign in San Francisco. Google employees are calling on the company to pledge it won’t work with U.S. Customs and Border Protection or Immigration and Customs Enforcement _ the latest in a year full of political and social pushback from the tech giant’s workforce. (AP Photo/Jeff Chiu, File)

SAN FRANCISCO — Hundreds of Google employees are calling on the company to pledge it won’t work with U.S. Customs and Border Protection or Immigration and Customs Enforcement. It’s the latest in a year full of political and social pushback from the tech giant’s workforce.

A group of employees called Googlers for Human Rights posted a public petition urging the company not to bid on a cloud computing contract for CBP, the federal agency that oversees law enforcement for the country’s borders. Bids for the contract were due Aug. 1. It is not clear if Google expressed interest. The company did not return a request for comment.

More than 700 Google employees had signed the petition by Tuesday afternoon. Citing a “system of abuse” and “malign neglect” by the agencies, the petition demands Google not provide any technical services to CBP, ICE or the Office of Refugee Resettlement (ORR), which provides services for refugees, until the agencies “stop engaging in human rights abuses.”

“In working with CBP, ICE, or ORR, Google would be trading its integrity for a bit of profit, and joining a shameful lineage,” the organizers wrote. They cited federal actions that have separated migrant children from parents and set up detention centers with poor conditions .

Google employees have led a growing trend in which some tech-company employees have taken public stances against their employers’ policies. Thousands of Google employees walked out last fall to protest the company’s handling of sexual misconduct claims. Employees also protested a Pentagon contract last year over work that used artificial intelligence technology to analyze drone footage.

The protests have chalked up some success. After the walkout , Google announced new sexual misconduct guidelines, although some employees say they don’t go far enough. And the company did not renew the Pentagon contract after significant pushback.

Responding to some employee pressures has added fuel to claims from Republican pundits and lawmakers that the company is building its products to be biased against conservatives — an unfounded claim that has spawned multiple congressional hearings, although none that have produced evidence of bias.

Google was hit with criticism by President Donald Trump last week when the president tweeted he was “watching Google very closely” after a former employee claimed on Fox News — without evidence — that the company would try to influence the 2020 election against Trump.

Google has denied claims of political bias in its popular search service and other products.