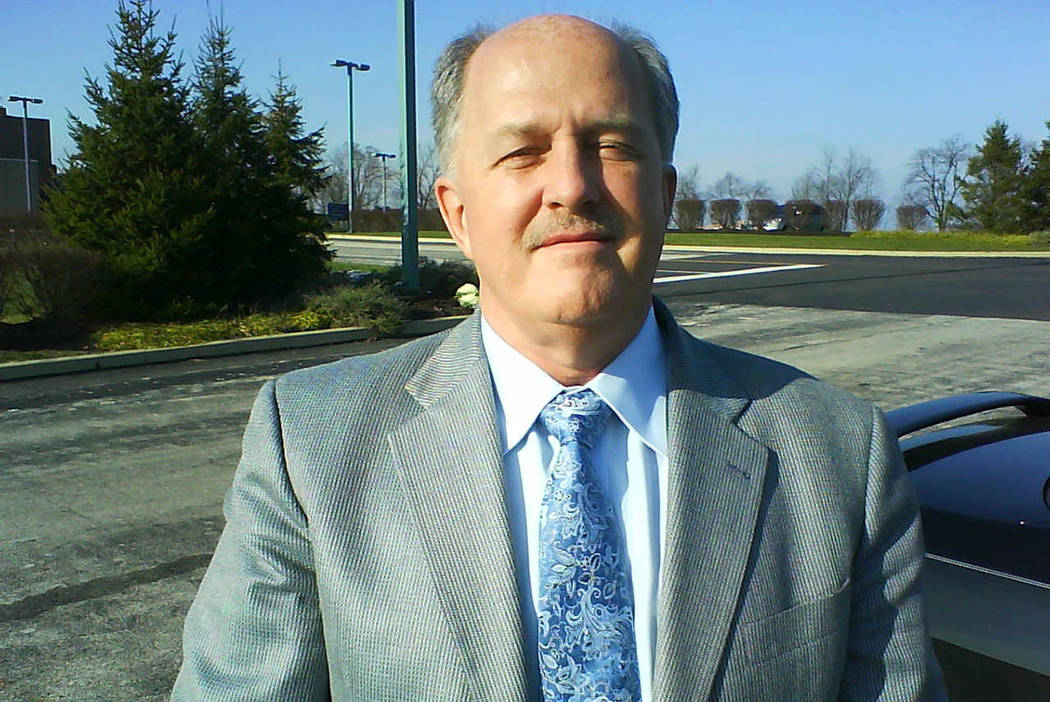 The Securities and Exchange Commission has filed a complaint accusing two Henderson felons of defrauding hundreds of clients in a multimillion-dollar sports betting scheme.

John Thomas, 74, and Thomas Becker, 72, raised $29.5 million from more than 600 investors all over the United States amid promises they could increase their money several-fold in as little as a year, the SEC said in its statement.

However, the two men, who served time in prison in the 1990s for selling copy machines that didn’t exist, used the money to “fund their lifestyle, pay commissions to brokers and agents or make Ponzi-like payments to other investors,” the civil complaint said.

The Las Vegas Review-Journal in May first reported that Becker and Thomas — who uses several aliases, including Jonathan West — had been running six unregistered sports betting funds from Thomas’ Henderson home and that they failed to pay back dozens of investors.

In June, about six weeks after the story ran, Thomas’ million-dollar home at 440 Welpman Way burned to the ground. A spokeswoman for the Henderson police said it was an accident.

Thomas claimed to be able to repeatedly beat the Nevada sportsbooks with his proprietary, “sophisticated” algorithm that picks winners, according to contracts and emails seen by the Review-Journal.

He told investors that he could generate better returns than famed investor Warren Buffett and also claimed that football owners were in the hands of bookies, according to emails and videos seen by the Review Journal.

The investors were a diverse group, geographically and professionally, from a doctor in New York, to a businessman in Chicago, an engineer in Texas, an IT specialist in Silicon Valley and a retiree in Florida, according to interviews with victims.

Thomas repeatedly told investors who called him seeking their money that he was “busy” conducting sports analysis. However, the SEC said Thomas and Becker did “little actual sports betting.”

The men spent $8 million on personal and business expenses, including $860,000 for retail purchases, the complaint said. They paid back to clients $13.2 million in “purported returns,” the SEC said.

Brokers and agents who helped the men find clients received $5.8 million. Only about $4.4 million may have been spent on sports betting, according to the SEC complaint. The total expenses include $1.6 million from sources other than the investors.

Thomas and Becker used more than 150 brokers and agents to help promote the funds around the U.S. He found some of those solicitors through Craigslist, three agents told the Review-Journal.

The men offered clients various contracts that promised to increase their money from 250 percent to as much as 600 percent, the SEC complaint said.

Investors were given access to an online account that showed the value of the investment and was updated weekly.

However, unlike stock or bond mutual funds, investors have no access to their accounts and thus could not move their supposed winnings back to their banks accounts.

Nearly two dozen investors have told the Review-Journal that when their investment reached the target stated in the contract, Thomas failed to pay them. He either ignored their calls and emails or claimed to have problems sending money through banks.

The Review-Journal attempted to contact Thomas several times since November 2018 via email and by phone. He hung up the two times he was reached by phone. He never responded to any emails. Becker also did not respond to emails.

Becker and Thomas were arrested on the East Coast in 1990 for running a Ponzi scheme that involved selling copy machines that didn’t exist. The men defrauded leasing companies out of $30 million, according to a 1992 Philadelphia Inquirer article.

Thomas had previously defrauded Philadelphia credit-card companies of $650,000 in the 1970s, the paper said, citing the judge.

The SEC said Thomas raised the $29.5 million from 2014 to the present. However, the Review Journal found that Thomas ran another betting fund, Sports Psychometrics, as early as 2010, according to emails from clients seen by the Review-Journal.

Investors who spoke with the Review-Journal said they did not know about the men’s criminal background because Thomas used an alias.

Some later discovered that fact after they became suspicious of the men’s repeated excuses for delaying payment.

Jim Shugart, a disgruntled investor who found old articles about the men, said he flew to Las Vegas in 2016 to meet with the FBI, taking copies of documents with him.

Shugart said the two agents he spoke with already knew who Thomas was, adding one of them showed him a photo of Thomas on his phone.

He said he also contacted the Nevada Gaming Control Board and Henderson police.

Shugart said the Gaming Control Board told him to contact the attorney general’s office, which in turn sent him to the Secretary of State.

Shugart showed the Review-Journal the complaint he submitted to the secretary of state’s office.

The Henderson police confirmed Shugart filed a phone report, but said the investigative agencies for such a case would have been the FBI or Nevada Gaming Control Board.

The Nevada Gaming Control Board said its Enforcement Division investigated the matter and “referred it to the proper authorities.”

The FBI did not respond to a request for comment Wednesday.

This story has been updated to properly reflect the type of SEC complaint.